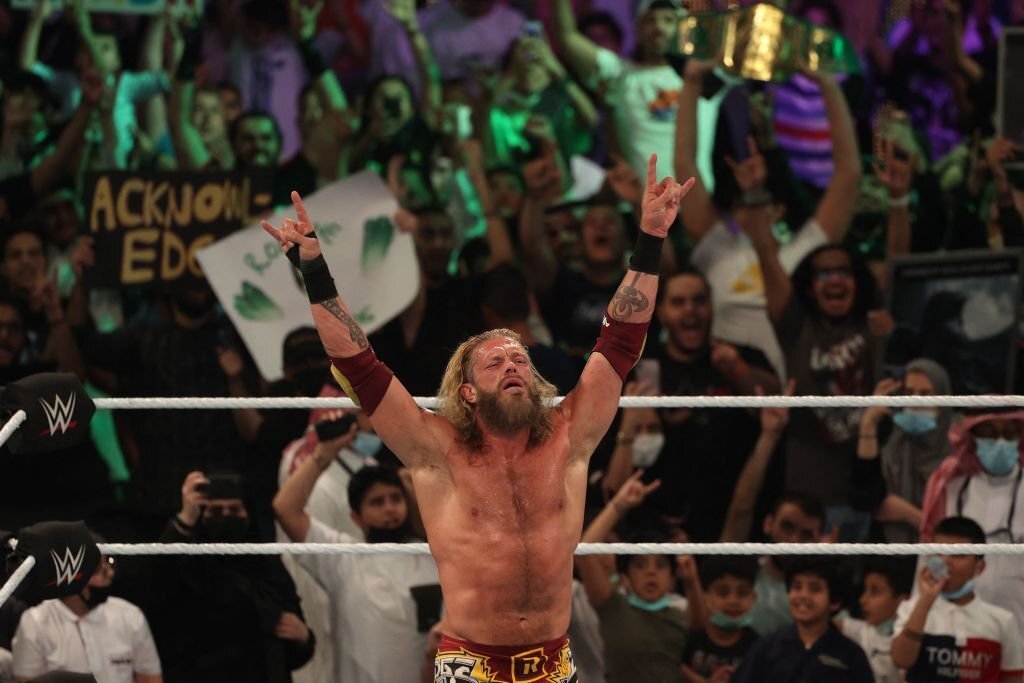 Edge competed in the main event match against Damian Priest in his hometown of Toronto on the most recent episode of RAW, which aired on August 22. After a fun back-and-forth battle in which he overcame the Judgment Day member, his better half Beth Phoenix saved him from an attack by the bad group.

After the performance, several viewers are wondering when Edge would leave WWE. He had stated his intentions regarding when and how he would be retiring after the program. The Rated-R Superstar wants to leave on his own terms rather than being pushed into retirement in 2011 due to a neck injury that ended his career.

After being absent from the arena for over nine years, he somehow returned at the 2020 Royal Rumble and defeated opponents like Seth Rollins and Randy Orton among others, even headlining WrestleMania. Edge stepped up to the microphone after RAW had finished airing to make an unexpected announcement.

The WWE Hall of Famer competes on #WWERaw live in Toronto NEXT! pic.twitter.com/p15YAExQNu

He told the crowd in his hometown that he intends to visit Toronto once more the following year, but only for the final game of his legendary career—his retirement game. As of right now, it seems certain that 2023 will be the famous superstar’s final performance.

His wife, WWE Diva Beth Phoenix, was there as well, and both she and the WWE Universe were visibly upset. He will turn 49 very soon, and given his history of neck problems, it wouldn’t be foolish to think of retiring when he would be close to 50 the following year.

The former world champion knows his retirement is soon approaching even if he is loving his time in WWE right now. Thus, as The Ultimate Opportunist explained in the interview below, he is making sure to maximize the time left in his illustrious career.

“This run, I feel I’ve been able to do some of that. To me, that has been one more layer on this cake that was already tasty anyway,” stated Edge. “I am enjoying and soaking in every moment with the complete realization that it’s going to end soon. I know the end is in sight, and I can see it, and because of that, it makes me enjoy it more.”

This would be the ideal send-off for this famous performer, especially if WWE comes back to Toronto around this time next year, as he stated. The majority of superstars only dream of retiring at age 50 while still performing for WWE because their careers have been cut short by injuries or contract terminations.