Edge Vs Orton at WrestleMania 37? 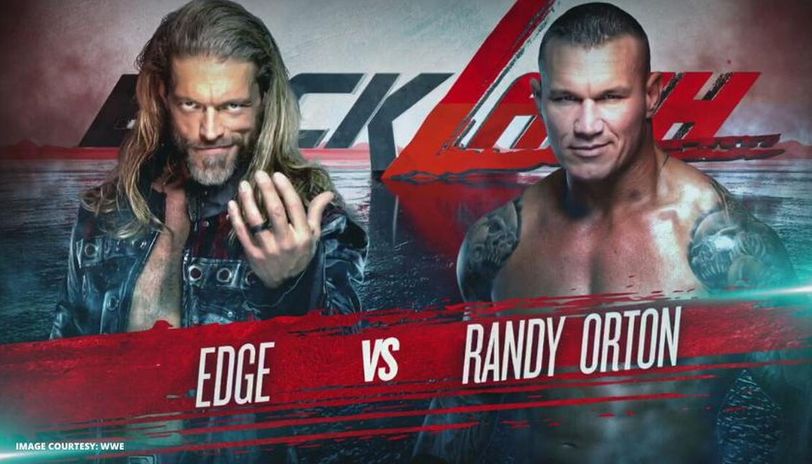 WrestleMania is moving to Hollywood next year and according to reports WWE has already started planning for this gala event. However, whether fans can attend it or not, only the US government can tell.

WrestleMania 36 was the first time when WWE was aired from the performance center and thus the wrestlers had a lot of time to plan and design their match. The Rated R superstar Vs the Viper Randy Orton was a marquee match of the show. Edge returning into the ring after so many years drew a lot of attention globally. These two icons gave everything they had to offer and tore the house down. Also, it brought a lot of money for WWE but a number of fans on the internet claimed it to be a very lengthy match.

When people thought that this was the end of the feud, WWE gave the fans another match at Backlash. The fans thought it was very unnecessary and bringing the rivalry back was just to improve the ratings. Still, WWE didn’t stop there and started calling the match to be the “Greatest Wrestling Match Ever”, targeting to achieve huge profit. People out there made fun of it and everyone thought they won’t live up to the hype, but these two legends gave everything and made it one of the best wrestling matches ever. Randy Orton defeated Edge that day and the score tied at 1-1 as Edge won at WrestleMania.

So, what was next? Naturally, people expected a third match in the series as it was a tie. WWE planned for an “I Quit” match at Summerslam but that’s when the news broke that Edge suffered an injury and will be out for a long time. Thus, WWE changed the plan and thought to organize the match at next year’s Royal Rumble.

Now, Dave Meltzar of Wrestling Observer news claims that WWE changed their plans and Edge Vs Orton is now scheduled to happen at WrestleMania 37. Dave Meltzar said, “The plan is for Edge vs Orton in an I Quit match as one of the key matches for next year’s WrestleMania”. This will indeed be big and with the fans this time, it can be a huge success. Dave Meltzar also said that the match could also involve the WWE championship. He thinks Orton will win it before WrestleMania and then the two will face for the WWE belt in the show of shows. Dave Meltzar also mentioned that this plan might change hundreds of times before the show.

If the fans will be around the corner for next year’s WrestleMania, this is going to be a huge spectacle and can draw a lot of money for WWE in the forthcoming year.