Chris Jericho discusses the possibility of returning to WWE 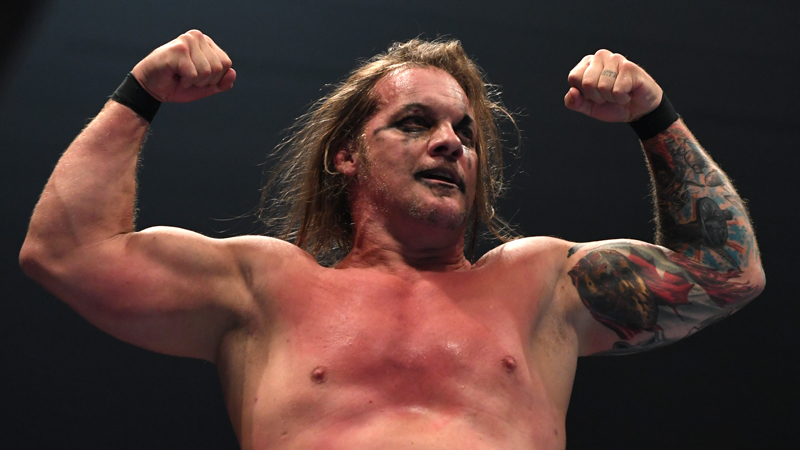 Former WWE champion Chris Jericho has ruled out a return to the company in the near future.

Jericho is currently wrestling for All Elite Wrestling after signing with the company in early 2019 and has seen his popularity hugely since.

The 49-year-old has been wrestling for over two decades and remains on top of the wrestling world despite his age. A lot of wrestling fans even regard him as the greatest wrestler that’s ever lived.

Jericho remains one of the hottest commodities in wrestling today. Many feel he should finish the remaining years of his career back in the company that made him a star.

Chris Jericho won 26 championships during his WWE run, including being a six time world champion. Is a return possible? Jericho doesn’t believe so.

“It’s not going to happen. I really enjoy being in AEW,” Jericho said. ”I loved my time with WWE. I love Vince McMahon. I learned a lot. I had a lot of fun, but listen, you can’t stay in the same place forever. You become stagnant if you do, and I think you need to push yourself to do something new. The fact that AEW was live without a net when I first showed up and all of us have done such a great job of promoting this brand and promoting this company.”

There is no doubt that the arrival of Jericho put AEW on the map. That was confirmed further when he become the first ever AEW world champion. His influence on the company has seen other former WWE stars like Jon Moxley, Jake Hager and Brodie Lee follow him to AEW.

Jericho is no doubt a future WWE hall of fame induction, which fuels the fire and speculation of him going back to the company down the line. AEW have Jericho nailed down to a very lucrative three year contract so the idea of him even discussing or hinting a potential return to WWE seems likely to be ruled out anyway.

Earlier this year during an interview with The Rick Eisen Show, Jericho spoke about his heat with certain figures in WWE which made him unhappy during his run. Most notably, Triple H.

“I think there were guys, in the past, that I had issues with,” Jericho said. “I mean Triple H is one of them. He’ll tell you the same. In the early 2000’s, we didn’t have much [fondness] for each other, but we always had great matches, and I think that’s one of the reasons why.”

“We just had this professional rivalry, maybe a bit of a personal dislike [for each other]. But fast forward five, six, seven years, you get to be older and wiser and think back. Why did we have so many problems? Why did we hate each other? Why didn’t we like each other? And now we’re friends,” he added. “I think there’s a lot of professional rivalry when you’re young full of vim and vigor as they say. It happens in rock and roll bands all the time. Bands will break up, and 10 years later, they’ll get back together like why did we waste 10 years of our lives not playing together?”

At the time he was written off from WWE three years ago, Jericho revealed that he would be fine if he never made his way back to the WWE again and he is a hall of famer in his own and the fans eyes.

Don’t hold your breath if you want to see one of the greatest superstars ever come back home to the biggest company in the world.