WWE has introduced various championship belts over the years. All of them hold their significance, but there is no denying that WWE Championship remains the greatest of them all. Every novice wrestler dreams of holding up the title, writing their names in history books.

The moment the WWE title got established, many of the top tier superstars in professional wrestling history have put in great efforts to accomplish the title. Many have come and gone, but the quest has remained the same. Apart from winning the title, holding onto it amidst the chaos is a huge credit.

Some of the iconic wrestlers not only won the title but also made history by holding onto them long enough. Below, we discuss the top 10 longest title reigns in WWE history : 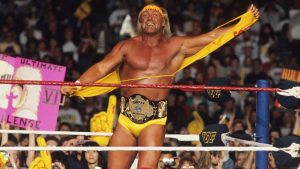 Hulk Hogan, aka Terry Bollea, is one of the most recognized professional wrestlers worldwide. He is considered as one of the greatest wrestlers of WWE’s Golden Age. Hogan’ as expected, has many achievements to his name. One of them being his 364-day title reign – just one day short of a year.

Since then, it has been considered one of the greatest reigns of all time. The reign has gone down on WWE’s history books as well. 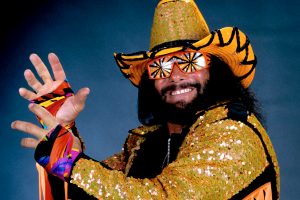 Macho Man Randy Savage made his first WWE Championship reign count when he held onto it for a massive 371 days!

Randy Savage defeated Ted DiBiase in the tournament final for the vacant WWF Championship. He would keep the title in his hands for over a year. During that time, Savage managed to retain it against the likes of One Man Gang, the Big Boss Man, and André the Giant. He earned the love of spectators with these fantastic matches and feuds.

Moreover, that was when the Mega Powers (alliance between Randy Savage and Hulk Hogan) imploded. Macho Man and the Hulkster gradually turned into rivals from friends. This change of events eventually led to their famous clash at Wrestlemania V. There at Wrestlemania; Randy Savage lost the title to his frenemy.

In the present day scenario, AJ Styles is an asset to Smackdown Live! His progress and adaptation to WWE have silenced every critique. He was a superstar in WWE’s rival TNA, but WWE seems like his best fit.

One thing the superstar will always be known for is the fact that he achieved one of the longest title reigns in the world of wrestling. Styles won the WWE Championship on the November 7th, 2017 episode of Smackdown in Manchester, UK. He defeated Jinder Mahal to win the belt.

He held on to the title for a whopping 371 days, defeating newbies and icons like Shinsuke Nakamura, Samoa Joe, Rusev, and Daniel Bryan. Daniel Bryan failed to win his first attempt, but ultimately he would end up being the man to put an end to Styles’ ‘phenomenal’ title reign.

From the early 2000s to this day, John Cena is the face of WWE, and rightfully so. Although the superstar had won the WWE championship for a record 13 times, his third reign stands from the rest.

The Hustle Loyalty and Respect warrior won the title from the Rated R superstar Edge during a Tables, Ladders, and Chairs match at Unforgiven 2006. He made his reign count by holding on to it for over a year. The reign entered the history books as one of the longest title reigns ever.

The reign would have lasted longer, but unfortunately, Cena had to vacate the belt after he suffered a torn pectoral muscle on RAW in 2007. If not for the sudden injury, no one can predict how far he would have gone with such a solid momentum.

The self-acclaimed ‘Best In The World’ worked hard to prove that he is ‘one of the best in the business.’ Along with his tremendous wrestling skills and extremely likable on-air personality, his title reigns are remarkable. His second WWE Championship reign of 434 days is the longest in WWE’s PG era.

CM Punk beat Alberto Del Rio at Survivor Series 2011 to pick up the coveted title. He went on to retain the title for 434 days, edging past many top superstars in the process. He retained the title against the likes of Daniel Bryan, The Big Show, Randy Orton, and The Miz. Along with his matches, CM Punk dropped some entertaining pipe bombs on the microphone.

At the 2013 Royal Rumble, he finally lost the title to The Rock. His record of holding the golden belt for a massive 434 days will continue to attract attention whenever the longest title reigns are in question.

While we are looking back at the records of superstars like Hulk Hogan, “Macho Man” Randy Savage, AJ Styles, John Cena, and CM Punk, we are only halfway through.

As you see from the subheading, there have been superstars who remained champions for more than a thousand days! Some champions held the title for several years. The first name in this sub-category is Pedro Morales, who held the prized possession for an unbelievable 1,027 days.

Pedro Morales grabbed it from Ivan Koloff on February 8th, 1971. He became the 4th superstar ever to hold the world title. He kept it for three years before eventually losing it to Stan Stasiak on December 1st, 1973. 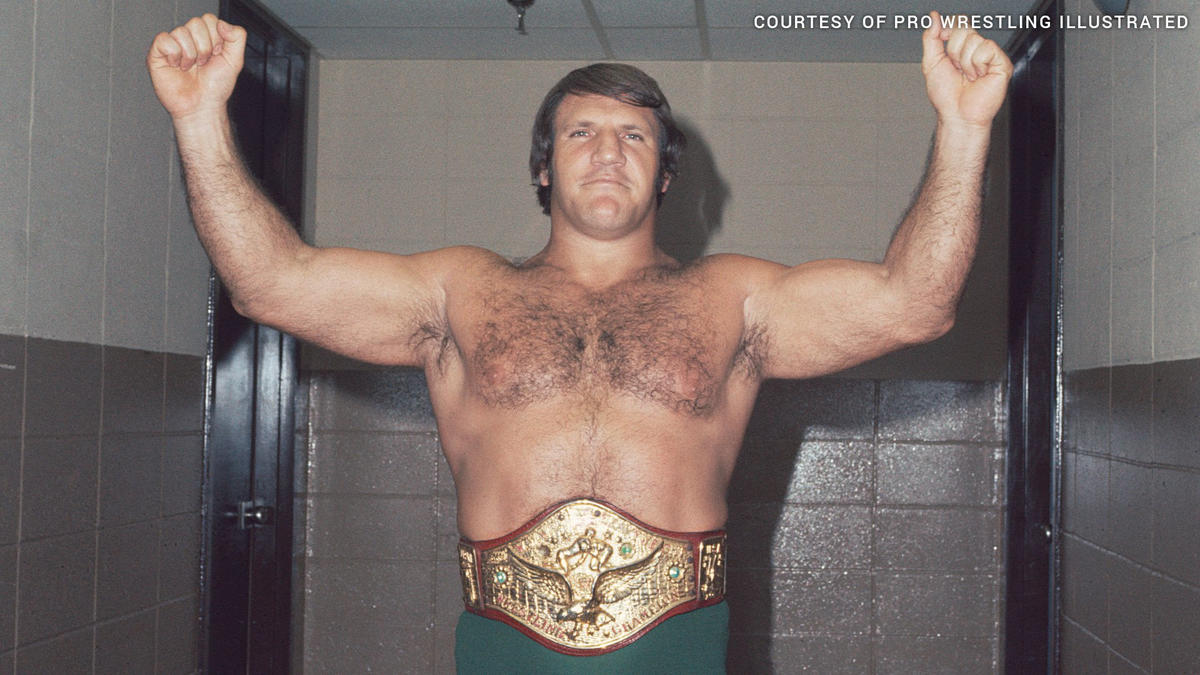 There are many impressive records in wrestling but not many can be compared to this one. As a matter of fact, it doesn’t look like it would ever lose its spot on this list. It is just the tip of an iceberg as there are even greater ones ahead.

After winning the title from Pedro Morales on December 1st, 1973, it took Stan Stasiak just nine days to lose it as Bruno Sammartino stepped up and defeated him to claim it on December 10, 1973. That was the second time he would win it in his career.

Sammartino retained the title for 1,237 days, defending it against the likes of Bruiser Brody, Ken Patera, Freddie Blassie, and others. It ended up being one of the longest title reigns in history, although Sammartino has also had a longer record to his name which we will cover soon in this piece.

One of the two superstars to appear twice on this list, Hulk Hogan claimed his first WWF Title from the Iron Sheik on January 23rd, 1984. His inaugural title reign would end up being the longest in his career; as well as one of the most-surviving ones in wrestling history.

The Hulkster held the title for an incredible 1,474 days, becoming a mainstream icon and one of the most famous superstars of all-time. With it, he was able to kick off an amazing revolution that helped the company to grow into new heights.

Records are meant to be set and broken. We’ve witnessed many fantastic records kicked off the list in the past. Many more will be beaten in the next few years. However, this one, owned by Bob Backlund, will be really difficult to match for any superstar.

Backlund is officially honored by WWE for holding the title for a massive 2,135 days. During his time as a world champion, he feuded with many high-profile superstars including the likes of Ric Flair and Nick Bockwinkel. The Iron Sheik was the man who eventually put an end to his run but ranking second on these lists is a great achievement.

The record is well-recognized by the company as it is included on the official website of WWE. It is sure to remain for many years to come. Who knows? It could even keep its place there for as long as the company exists. 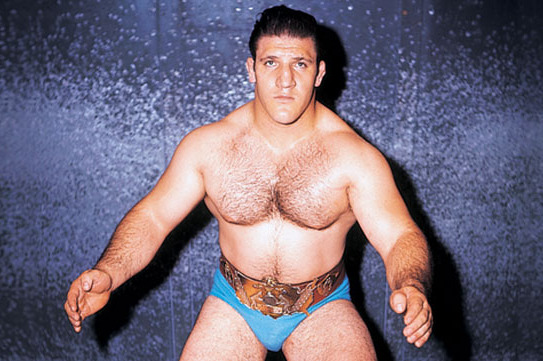 You were thrilled when you saw Bruno Sammartino’s record of holding the world championship title for 1,237 days, and You need to see this. That was just the tip of an iceberg; here comes the real deal. Sammartino did it again, this time, retaining the golden belt for a massive 2,803 days! Almost seven+ years!

This record ended up being the longest title reign ever witnessed in wrestling history. Bruno picked up the WWWF World Heavyweight Championship on May 17th, 1963. He beat “Nature Boy” Buddy Rogers in only 48 seconds to lay his hands on the title. Sammartino held it from 1963 to 1971. During his reign, he overpowered every superstar that came his way – much to the excitement of the fans.

He didn’t concede the golden belt until eight years later; when Ivan Koloff beat him on January 18th, 1971. He still maintains his spot at the top of the rankings. It would be difficult for anyone in the business to come close to his record anytime soon.