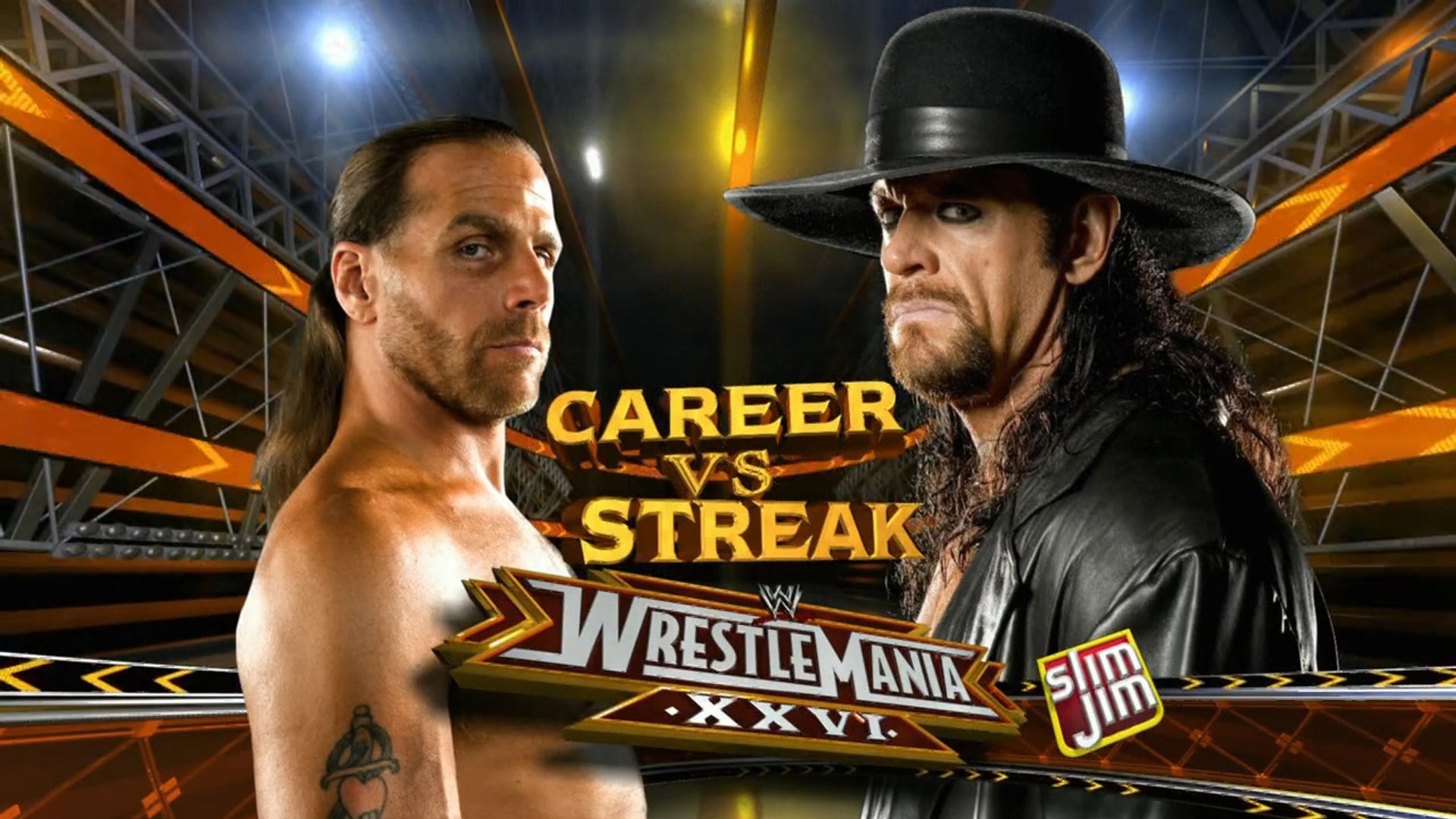 In professional wrestling, retirement matches rarely result in the end of a wrestler’s career. Sooner or later, wrestlers come out of retirement to step back into the ring, even if it’s just for a one-off match.

Shawn Michaels, the one man people thought would remain retired, returned to in-ring competition last year at WWE Crown Jewel when he teamed up with Triple H to take on the Brothers of Destruction.

However, retirement matches are still a big thing and it even causes fans to shed a tear. When any pro wrestler decides to finally hang up their boots, it usually comes with a lot of support.

While most of these retirements didn’t last, here are the ten greatest retirement matches of all-time. 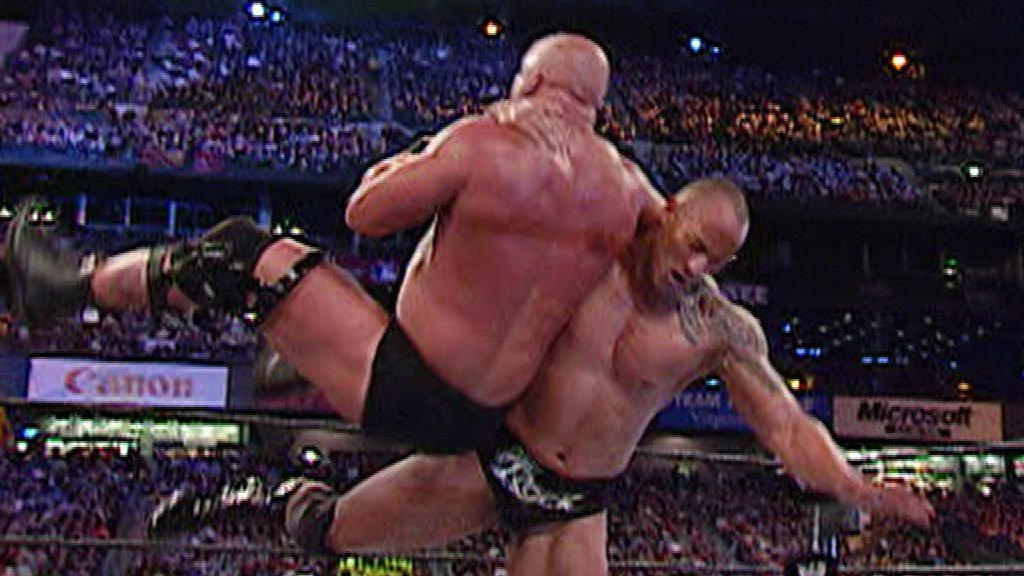 Steve Austin and The Rock had their third and final match from their historic WrestleMania trilogy at WrestleMania 19. The match wasn’t as good as their bout a few years’s prior, as Stone Cold had a pretty unproductive year.

Austin wrestled just two matches before WrestleMania 19 and neither of them lasted longer than five minutes. Moreover, his neck problems prevented him from doing a lot of things he did in the ring. The WWE Universe had no idea at the time that Stone Cold was going to wrestle his last match ever.

He and The Rock still managed to put on a great show. The latter hit The Rattlesnake with three Rock Bottoms to win the match, earning the People’s Champ his first ‘Mania victory over Austin. This was Austin’s last match ever as he retired from in-ring competition.

He transitioned into a non-wrestling role after that, even becoming Raw’s General manager. While he still shows up to drink a few beers to this day and hit wrestlers with a Stunners, we’ll never see him compete in the ring again. WWE Hall of Famer Lita retired her best friend Trish Stratus before the latter returned to the ring recently. Lita was retired by one of her greatest rivals in WWE, Mickie James. James made her debut when she emerged as Stratus’ stalker and soon became a top star in the company.

Lita and Mickie James had a match at Survivor Series in 2006 and the former announced that she was retiring despite walking in as the Women’s Champion. James won, and Lita stepped away from the ring. 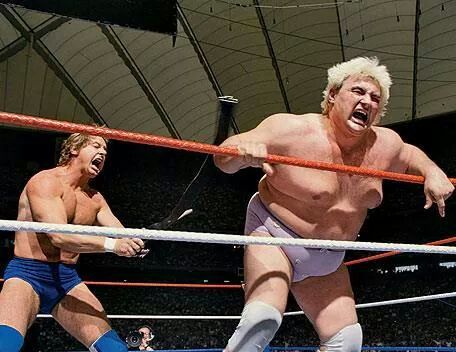 WrestleMania III is regarded by many as one of the best ‘Manias in WWE history. Besides the popular Hulk Hogan vs. Andre the Giant match that took place in the main event, there was a moment that many people still overlook to this day. We’re referring to the retirement match for “Rowdy” Roddy Piper, who took on Adrian Adonis.

Piper went from being the most hated villain to a beloved face in WWE and he was the second most popular name in the company after “The Immortal” Hulk Hogan. Roddy Piper, however, decided to leave the company to pursue a career in acting and his bout with Adrian Adonis was his retirement match. 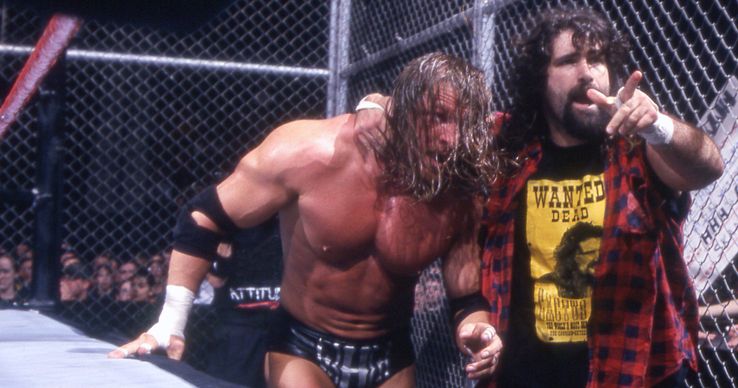 In this case, the retirement match didn’t lead to the end of someone’s career, as that person returned to the ring almost immediately. At WWE No Way Out in 2000, Triple H took on Mick Foley inside the Hell in a Cell.

The Game was the world champion at the time, and Foley agreed to put his career on the line if he did not win the match and the title.

Triple H and Mick Foley battled on the top of the Cell where HHH backdropped Foley onto the cell, causing it to give way and the latter fell to the ring and went through it. The Game followed him down, hit him with the Pedigree, and ended his career. However, Linda McMahon allowed Foley to compete at WrestleMania 16. 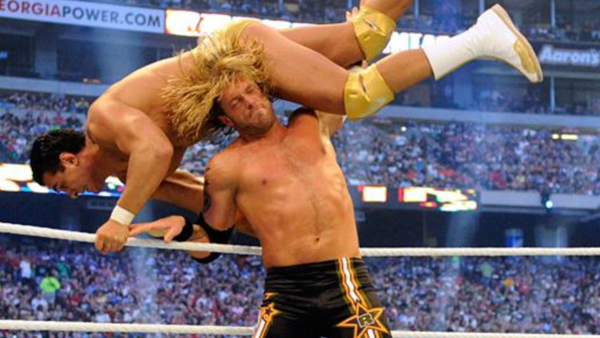 On the 11 April 2011 episode of Monday Night Raw, Edge dropped a bombshell that took everyone by surprise. After his 19 year career, the Rated-R Superstar announced his retirement.

The spinal fusion surgery he received earlier in his career caught up with him at last, and in one of the most passionate promos of his career, he admitted that if he continued wrestling, he’d likely end up paralyzed.

It was an ideal retirement promo, which made it more shocking by what took place eight nights before. Edge was enjoying his four-month run as World Heavyweight Champion and at WrestleMania XXVII, Alberto Del Rio challenged him for his title after winning the Royal Rumble match.

The two stars opened the show with a solid match that got the crowd pumped-up for the rest of the night, but none of the viewers knew it was the last time Edge competed inside the ring.

Edge vs. Del Rio was the former’s retirement match but nobody knew it. Edge retired as world champion. 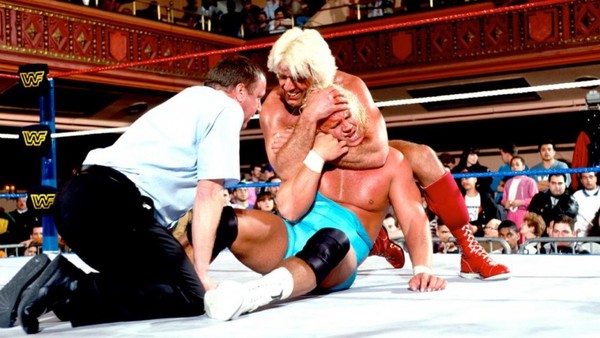 In early 1993, Ric Flair had been feuding with Mr. Perfect/Curt Hennig following a tag team match at Survivor Series in 1992. After his rival eliminated him from the 1993 Royal Rumble match, a retirement match was set up, which took place the following night on Raw.

The two wrestlers put on a good match but in the end, Perfect won the match, sending Flair back to WCW, where he returned to the main event picture.

The Nature Boy’s first stint in WWE didn’t last a long time. Though this was his first retirement match, it certainly wasn’t his last. Flair came back from “retirement” a couple of times in his career. 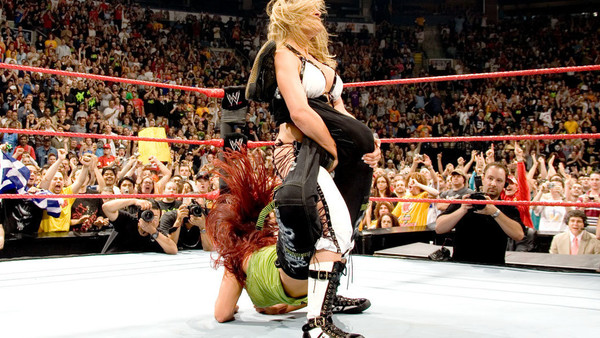 Only a selective few pro wrestlers get the opportunity to retire whilst still on top, which is exactly what WWE Hall of Famer Trish Stratus did in 2006. She originally joined the company as a fitness model, but eventually became one of the greatest women’s wrestlers of her generation.

Her run was coming to an end by the summer of 2006. WWE gave her an epic farewell in her hometown and she was granted a title shot against then Women’s Champion Lita.

If Stratus won, she would retire with a hometown triumph and a title around her waist, and she came out to a great reaction at Unforgiven. After a lengthy match, Trish put Lita away with a Sharpshooter, emerging victorious and retiring as a seven-time Women’s Champion. The Ultimate Warrior took on Macho Man Randy Savage in a retirement match at WrestleMania VII, where the loser had to retire from the company. Macho Man was a heel being accompanied by Sherri, and the two stars had a great match.

Warrior defeated Savage to win the march, forcing the latter to retire. After the match, Savage and Miss Elizabeth embraced in the ring.

#2. The Undertaker vs Shawn Michaels 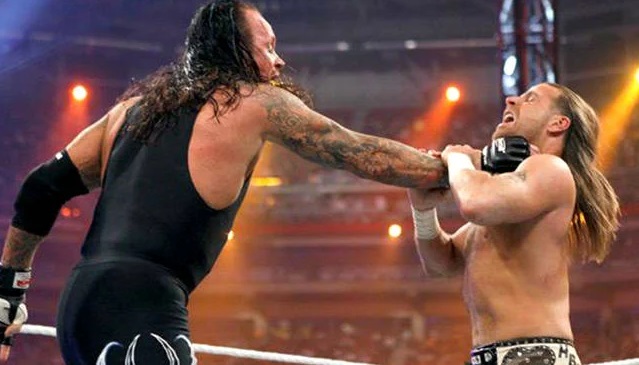 Shawn Michaels locked horns with The Undertaker in what many people regard as the greatest match in WWE history which took place at WrestleMania XXV. HBK descended to the ring dressed in all-white and ‘Taker ascended like the demon he is.

Michaels lost the match, thus failing to end The Undertaker’s streak. However, that was not good enough for the Heartbreak Kid, so he challenged The Phenom to another match at WrestleMania XXVI.

This time, however, two things were on the line. Undertaker’s streak and Michaels’ career. The Deadman pinned HBK after a Tombstone Piledriver, winning the match, keeping his streak alive and ending the latter’s career. 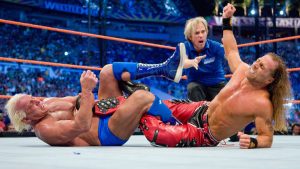 While Shawn Michaels lost a match with his career on the line, he was also on the other end of a retirement match. Michaels took on Ric Flair in a match where The Nature Boy would retire from WWE if he lost.

HBK wasn’t in favor of this stipulation, but it was The Nature Boy himself who made the challenge after Vince said that he would have to retire if he lost another match in the company.

Michaels famously uttered the words “I’m sorry, I love you” before hitting Flair with a Sweet Chin Music to win the match.