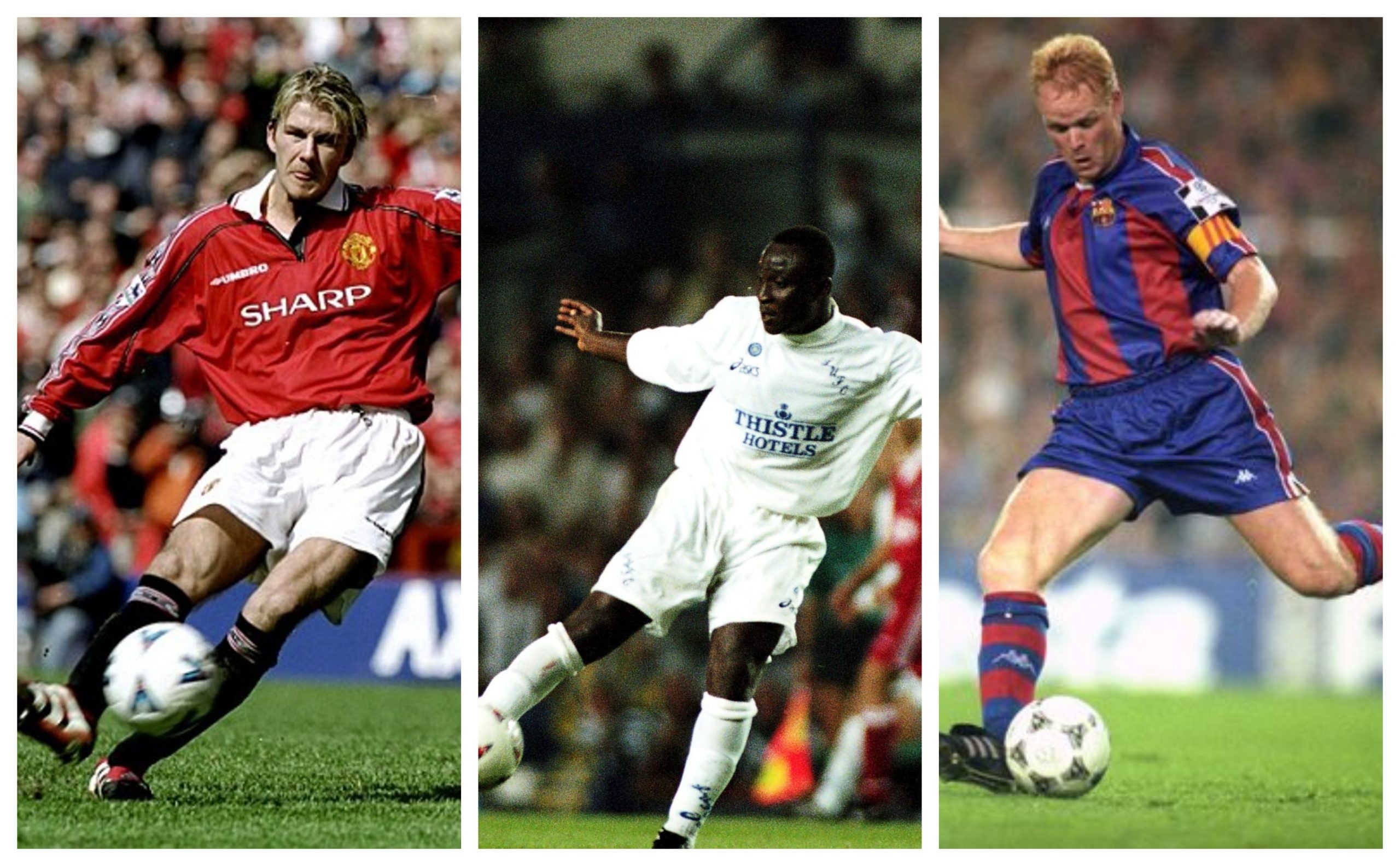 Fastest shots ever recorded in football history is one list which has kept fans guessing for a long time. Football being a physical sport indulges great strength. Long ranger shots taken abruptly in between the match often mesmerizes viewers.

In order to take the opponent by surprise footballers opt to shoot abruptly. Often a build up play is executed with a sudden shot on goal. Most of the time it has been observed that the opponent fails to anticipate, increasing the possibility of scoring. These shots are fast, hence effective and lethal when executed with the utmost precision.

Some of these shots are some of the greatest ever and stick out from the others by virtue of their astonishing velocity. 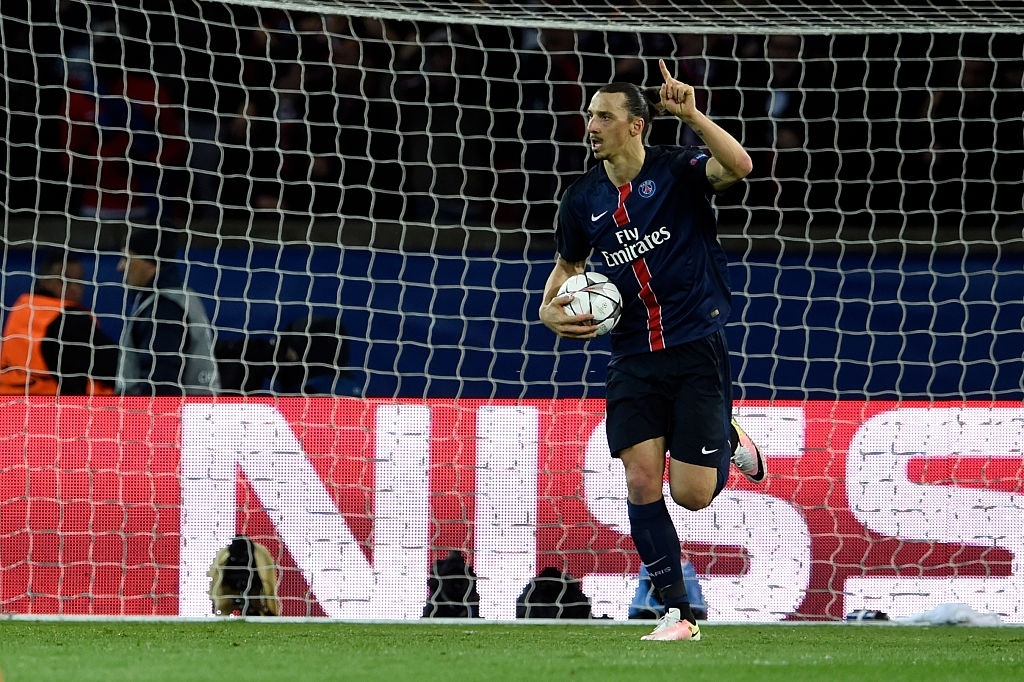 Zlatan Ibrahimovic is one of the most decorated players of this generation. Apart from exquisite skills and athleticism, he possesses the perfect power. Over his career he has achieved numerous feats, However the World Cup and the Ballon D’Or are the feathers which are missing from his cap.

He lets his résumé speak for him. Playing for some some of the heaviest clubs in Europe, his experience over the years is appealing. For instance he is associated with the successes of Barcelona, Ajax, Juventus, Internazionale, Manchester United and PSG. 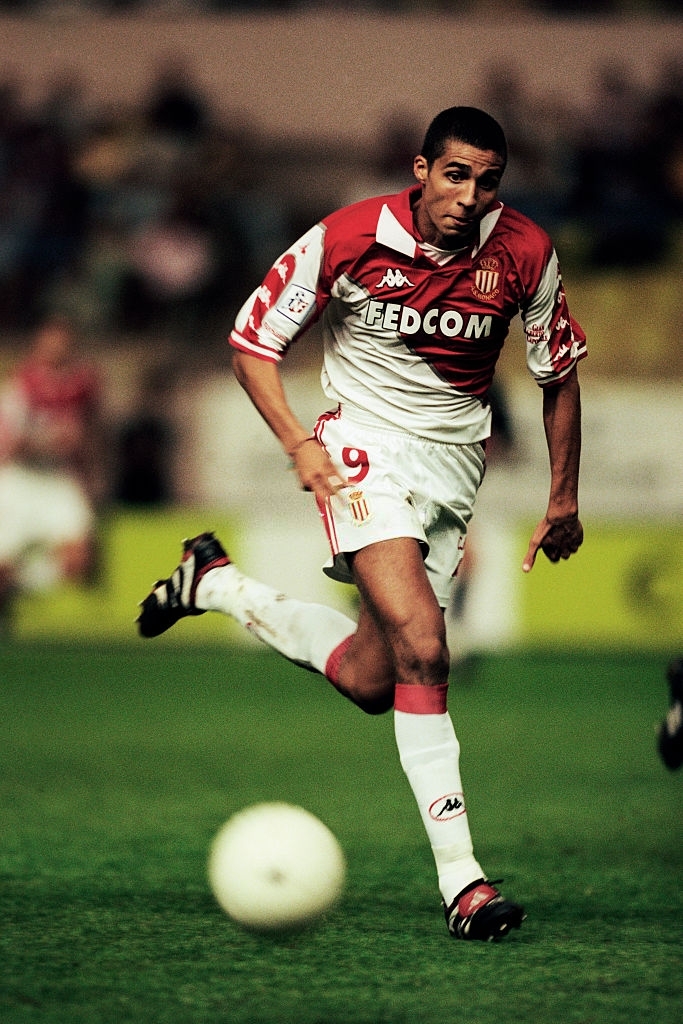 David Trezeguet’s exploits with Juventus and the France national team is something that fans still talk about. However, the Frenchman also packs thunderous shots to his name. For instance the one against Manchester United in the 1998 season made the headlines for being one of the fastest shots ever recorded in football history

Playing for AS Monaco then, a young Trezeguet netted from a pacey shot against the Red Devils. Goalkeeper Raimond Van der Gouw was holding the front row ticket to the goal and he couldn’t help but watch the ball sail past him . The ex-France international launched the ball at an incredible speed of 154 km/h. 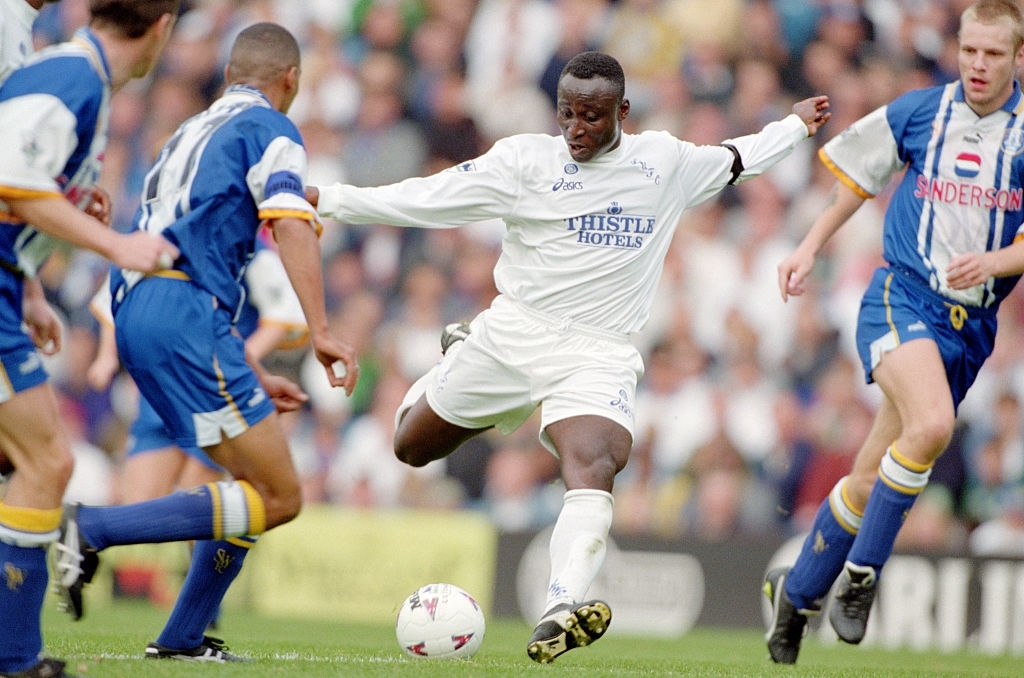 When we talk about Africans with great shooting ability, it is easy to look the way of Tony Yeboah. The Ghanaian striker made his name in Bundesliga before joining Leeds United, where he became known for scoring spectacular goals.

Yeboah’s mastered the art of scoring from both his feet which increased his effectiveness. In a game against Wimbledon in the 1995/96 season, the former Ghana international scored from a spectacular shot.

The 154 km/h shot was simply unpredictable and caught everyone off guard. It was a brilliant goal by all standards and it didn’t come as a surprise at all that this goal ended up as Goal of the Month. 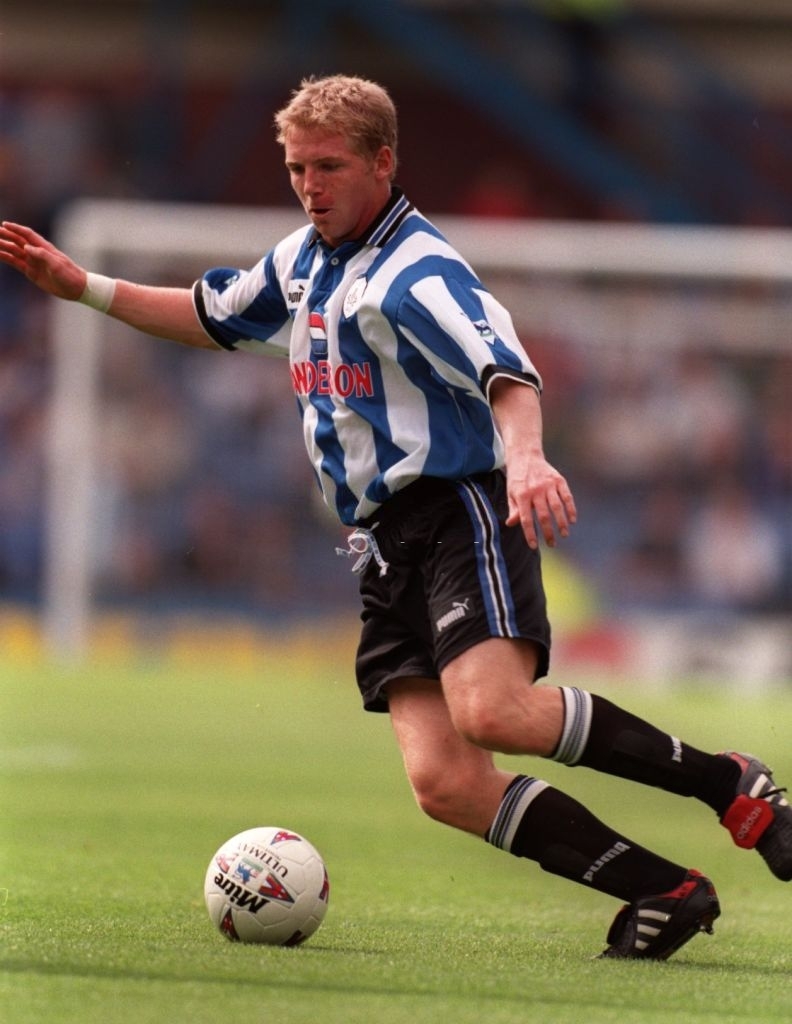 Ritchie Humphreys had a very quiet career, playing for teams in the Premier League, Championship and in the other lower tiers of English football.

However his wonder goal against Aston Villa in 1996 makes him stand out from the rest of the flock.

Humphreys shot recorded a whooping 154 km/h and drags him into the list of fastest shots ever recorded in football history. 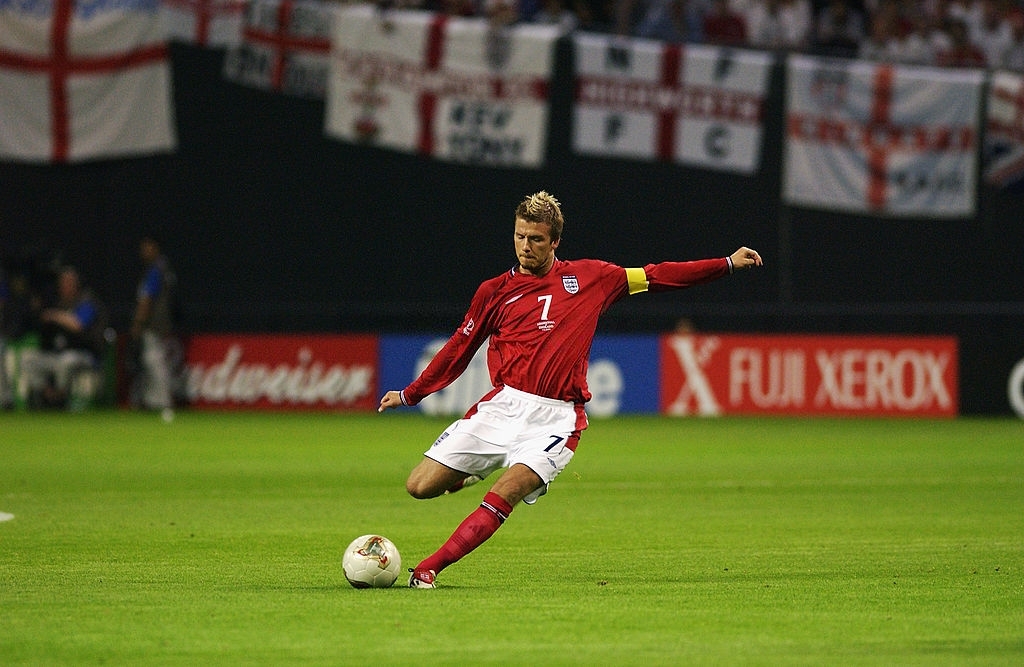 David Beckham’s career was built of his uniqueness when it comes to dead balls. The former England and Manchester United star scored quite a number of goals from set pieces. Most of which included curling the call beyond the reach of goalkeepers.

Beckham wasn’t just about the free-kicks, though. His long range accuracy in passes and shooting abilities defined him greatly.

Manchester were visiting Chelsea in 1997 when a spectacular shot of his kissed the 158 km/h mark. 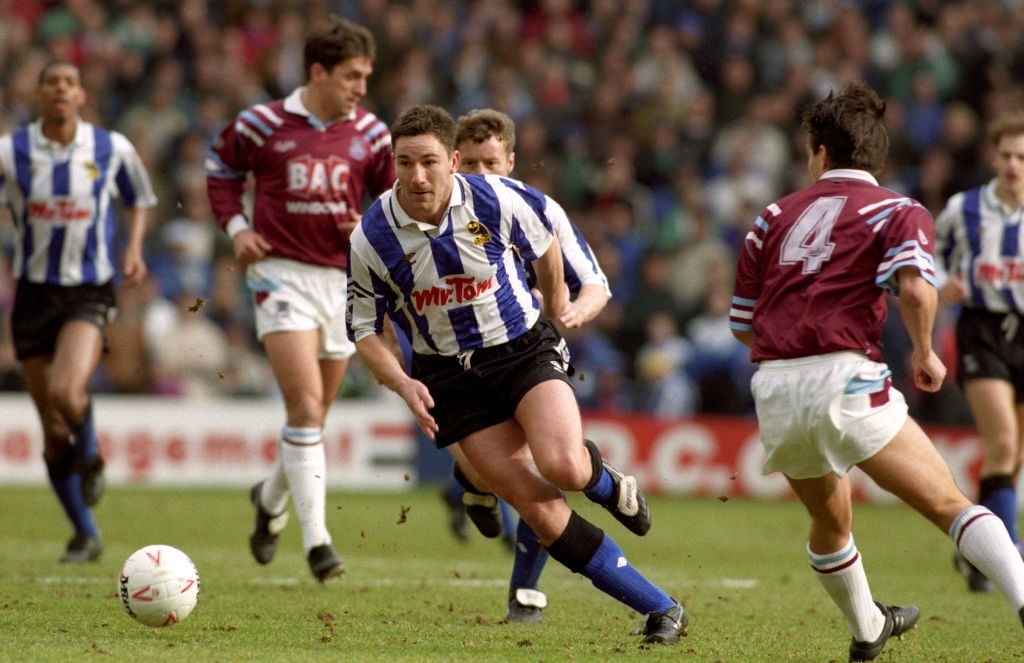 Former England international David Hirst ranks 5 in the list. However, Hirst’s great shot did not end up at the back of the net, as it rather hit the crossbar.

Playing for Sheffield Wednesday in the 1995/96 Premier League season, he hit the shot at a pace of 183 km/h. It would have been a sight to behold had the ball went in. However, it was nonetheless a shot worth remembering. 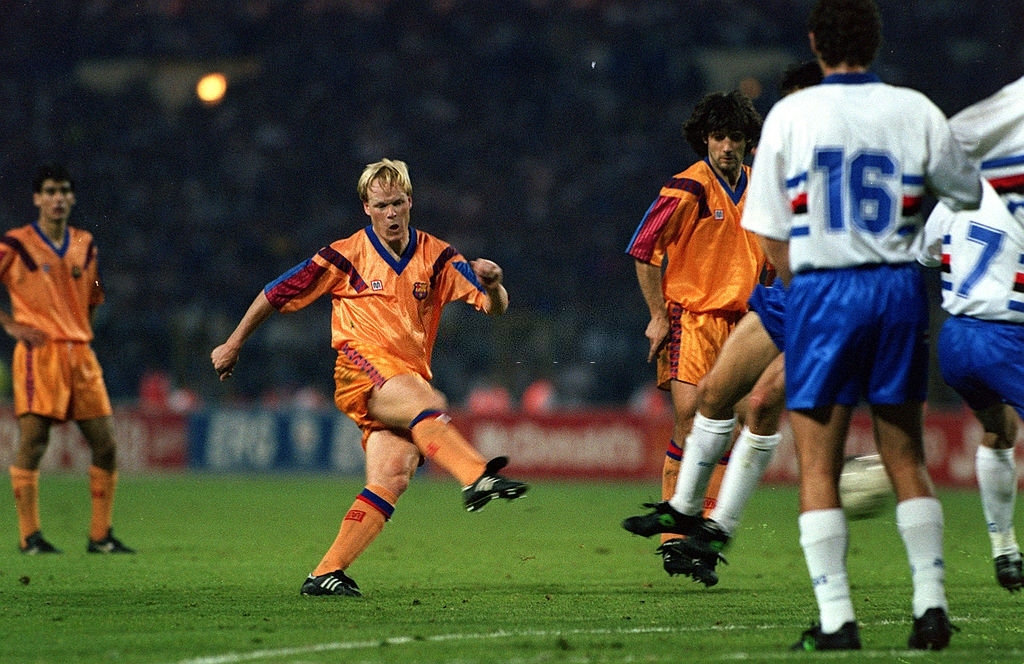 Ronald Koeman’s contribution to the football world is irreplaceable. Back in his days, he was a  favorite during his stint at Ajax and Barcelona. Currently we can see him on the touchlines as a manager.

The goal scoring abilities of Koeman is still talked about. He ended his career with over 200 goals to his name, although he was primarily a defender.

In the 1992 season, the Dutchman netted with aplomb for Barcelona during their Champions Cup final game against Sampdoria. Koeman’s shot flew into the net with a speed of 188 km/h. 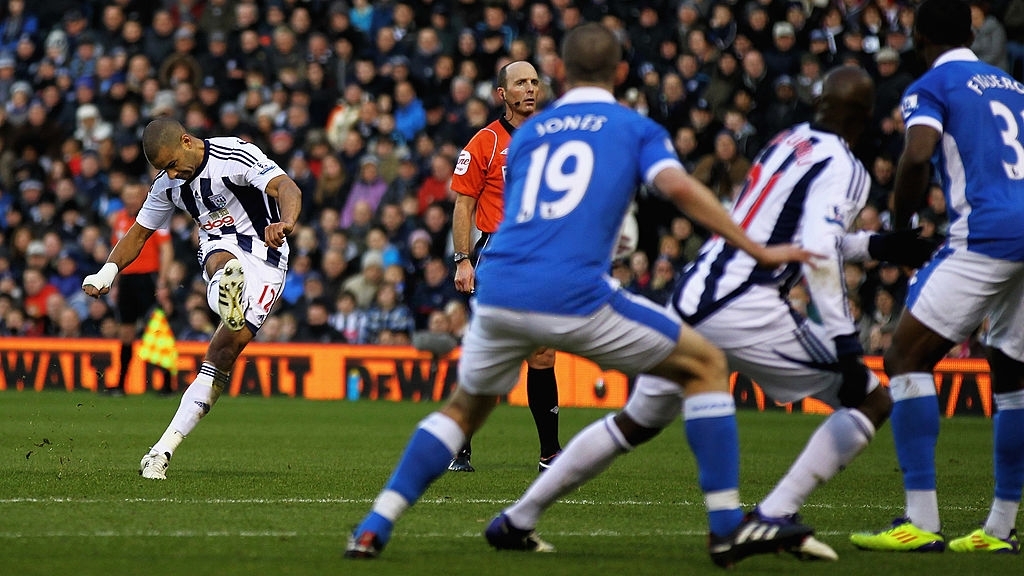 189 km/h! Incredible as it sounds, that was the measured speed with which Steven Reid’s shot flew into the net against Wigan Athletic. Then playing for Blackburn Rovers, the right-back scored one of the most iconic goals in the Premier League.

It was a strike that got fans talking for weeks. Nowadays, Reid has taken to coaching, where he is part of the backroom staff of the Scotland national team. However, there was a time when he was blazing the Premier League, and he currently sits as the player with the third fastest shot in football history. 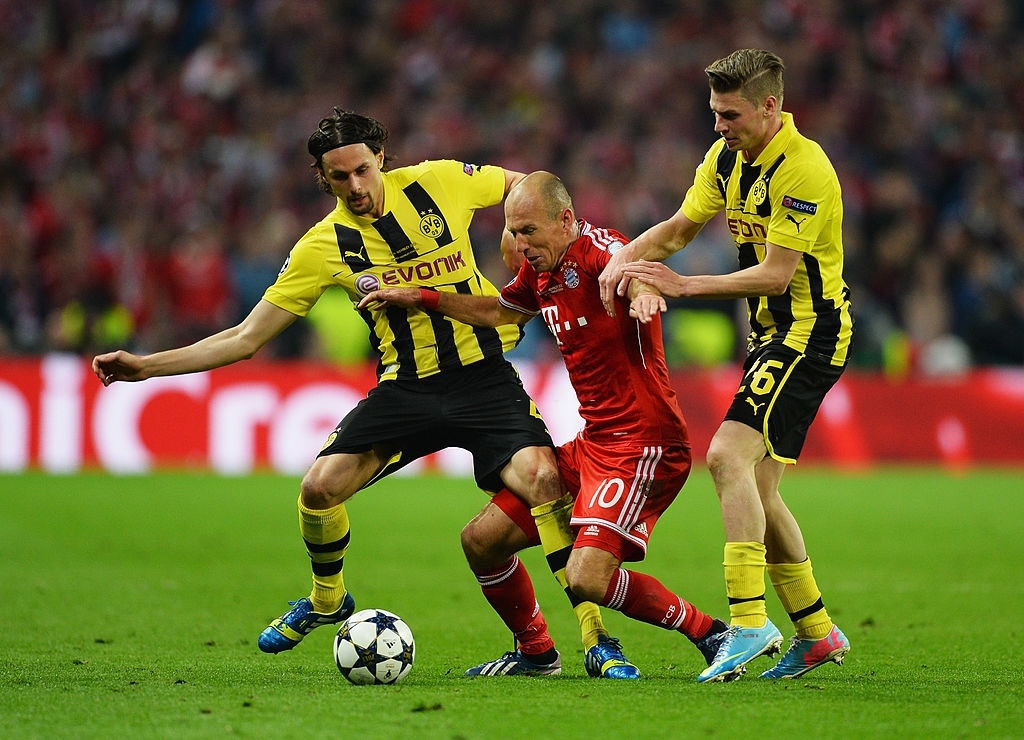 Arjen Robben himself would be the first to admit that his time at Real Madrid was not the best. The Dutchman definitely enjoyed better success at Chelsea and Bayern Munich than he did at the Bernabeu.

The winger recently retired from football, having won it all at club level. His goal against arch rival Borussia Dortmund in one friendly game puts him second on the list of the fastest shots in football history.

Robben hit his shot so fiercely that it left the Dortmund goalie rooted to his post. The shot traversed at the speed of around 190 km/h and remains second in our list. 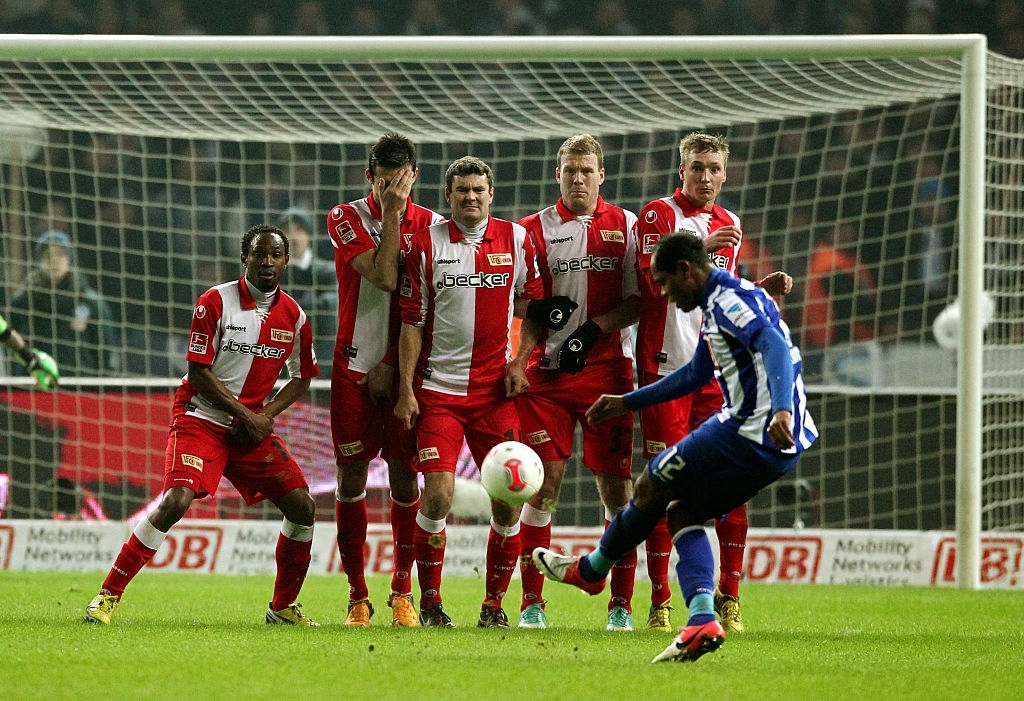 Ronny Heberson may never have had the opportunity to play for the Brazil national team. However he has certainly made his mark playing in his country and in Europe. The 33-year-old started his career at Corinthians and went on to play for Hertha Berlin and Sporting Lisbon.

It was at the latter that he set the record for the fastest shot ever recorded in football history. In a league game against Associacao Naval de Maio, the defender scored from a shot at an incredible speed of 211 km/h.