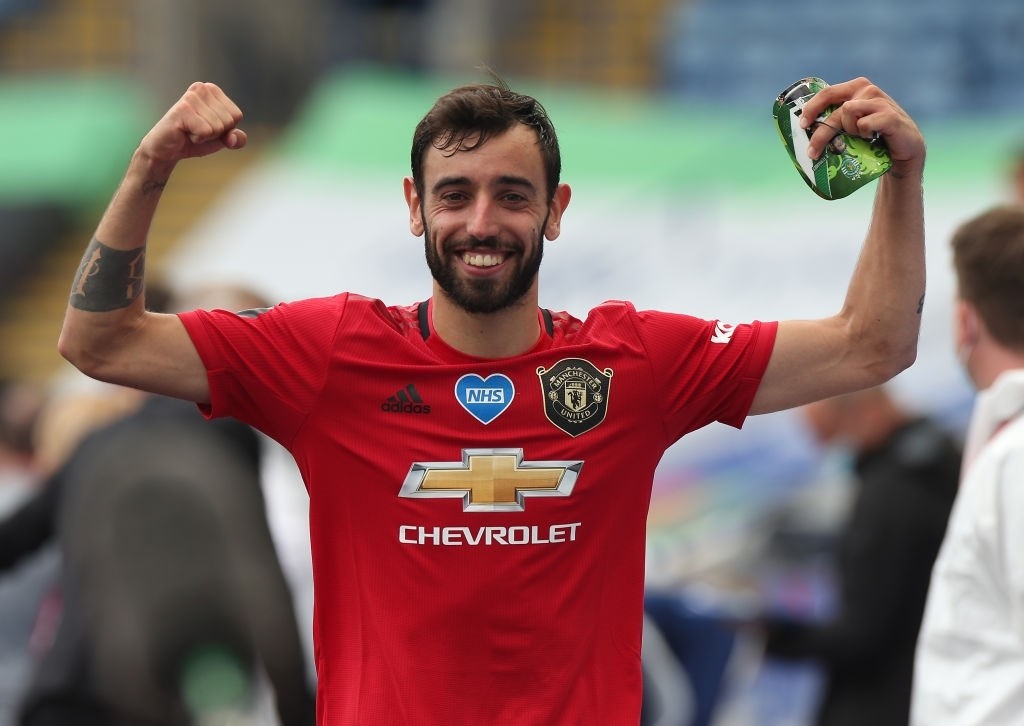 Manchester United has sailed past 14 games undefeated and the undeniable fact about that would be the contribution of the boy from Portugal. Becoming the only player after CR7 to have bagged back to back Player of the Month, Bruno Fernandes has been a driving force to the Red Devil’s attack.

The game against Leicester City was crucial for the boys in red to secure their Europe dreams for the next UCL. Though even a tie would have sufficed to seal a spot in the top 4, Ole Gunnar Solskjær had higher ambitions for his team. 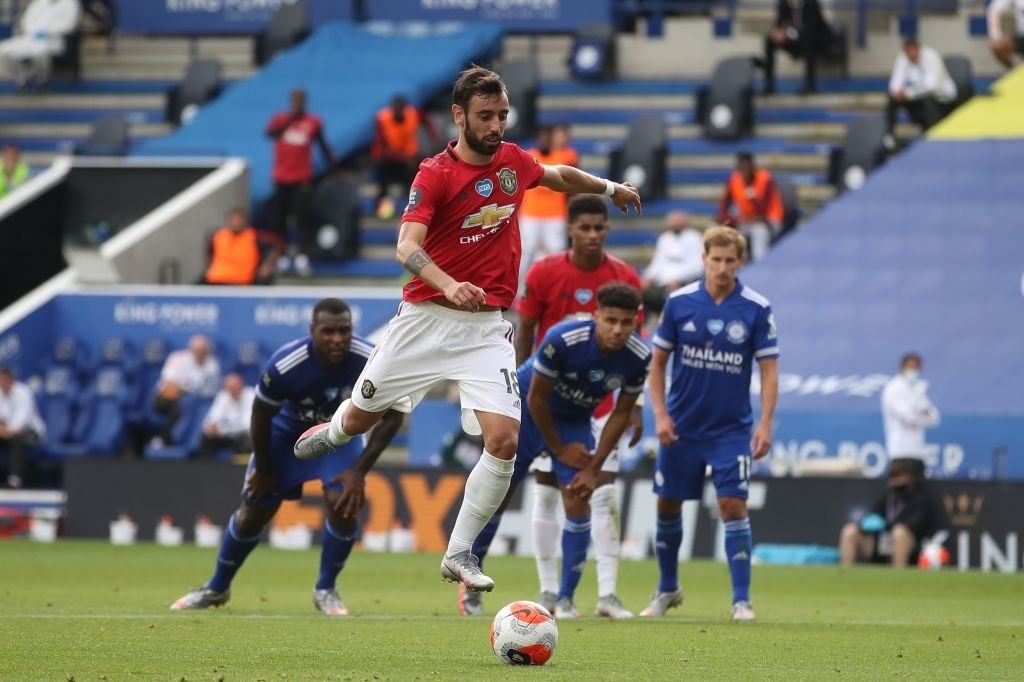 Bruno Fernandes, since his arrival at Old Trafford, has been surprising the English football scene with his spectacular finishes.

However, the pressure on his shoulders was immense while he lined up his shot in an empty King Power Stadium. Nevertheless, he shrugs his shoulders and shoots one past the keeper in almost an effortless manner. The Devils score a record of 14 penalties a single season.

The game was progressing goalless into the final quarter of the match when the boys in red were awarded a penalty. A clumsy tackle from Jonny Evans and Wes Morgan on a sure scoring Martial brought them to their utter doom. The referee consulted the VAR pointing to the spot.

Fernandes rises to the opportunity and shoots the ball at the back of the net sending the City goalie, Schmeichel to the wrong side altogether. His typical jump run up has been food for talk among various English football fanatics.

Thought to be under a lot of pressure, the man from Sporting Lisbon displayed nerves of steel at the spot. Furthermore, his brave reply at a post-match interview has already set him as a local hero among the United fans.

On being asked about his thoughts at the spot, he remarked, “I like the pressure you know? When the keeper leaves the ball close to him, I know he’s afraid. He gave me that little bit more confidence I need.” He added, “Of course they try to do these mind games, but it’s better for me when they do it.”

The boys in red moved ahead to score another at the closing minutes of the game with the scoreboard reading 2-0.

The player bestowed extreme valor and courage and that is the kind of talent Old Trafford has admired since times immemorial. The Red Devils move ahead to Europe along with the Champions, the Merseyside Reds, Lampard managed Chelsea and Manchester City.