10 greatest footballers who never played in the Premier League 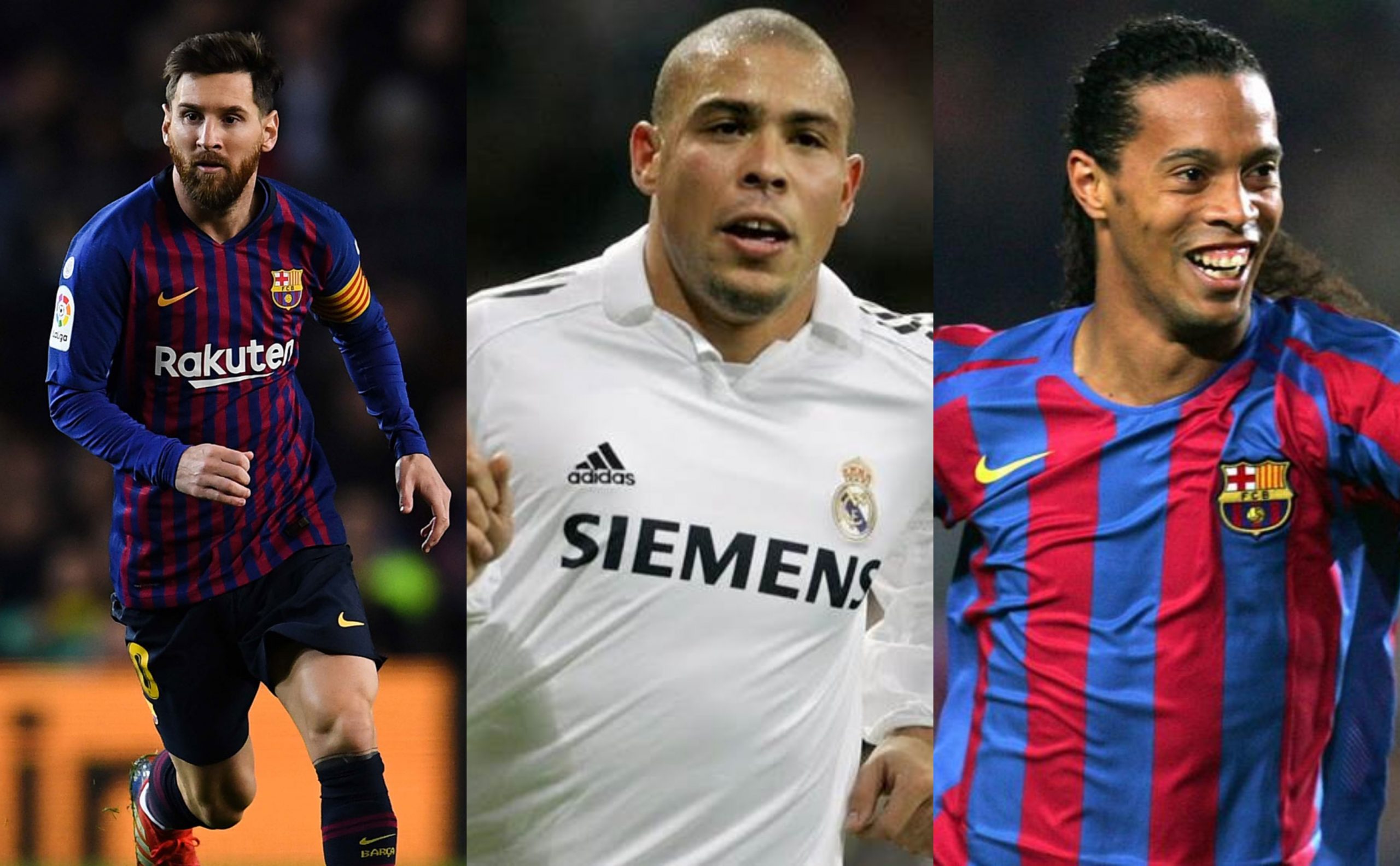 The popularity of the Premier League means almost every football loving fan across the world knows about the players who ply their trades in the English topflight. Aside from the popularity of the league, its competitiveness also makes it endearing.

The good football on display, coupled with its wide media coverage, makes the Premier League a dream for many footballers. And, as expected, the league has seen some great players pass through in the last two decades and beyond.

But, just like every other league, the Premier League has not been able to house all the best talents the game has seen. For every Wayne Rooney or Gianfranco Zola, there are many more legendary players who never played in the English topflight.

Sports Zion brings you 10 great footballers who have never played in the Premier League: 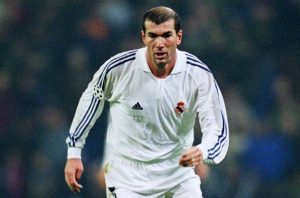 Very few playmakers can raise their heads at the mention of Zinedine Zidane’s name. The former France international was a beast wherever he played, and his greatness is epitomized by the number of trophies he won at the end of his career.

Zidane finished his career winning multiple titles for club and country, including the UEFA Champions League and the FIFA World Cup. He played in Italy, Spain and France, but unfortunately did not grace the Premier League with his magic.

A player like Zidane would definitely have thrived in the English topflight and, in truth, many English fans would have loved to attend games with him in action. At a point in Zidane’s career, he was linked with a move to Manchester United, but that was as far as it got. 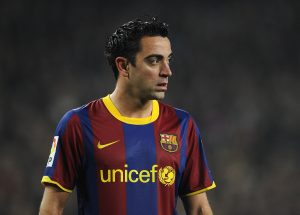 Just like Zinedine Zidane, Xavi Hernandez blessed the football community with his magical performances at the heart of midfield. The ex-Barcelona star won it all in football, including the Euros, World Cup and Champions League.

The 39-year-old was nurtured at the Barcelona academy and rose to become a key player at the Camp Nou. Unfortunately, though, the diminutive midfielder never plied his trade in England. Xavi lined up for Barca for almost two decades.

Even when he decided to leave Barca, the former Spain international opted to go play for Qatari side Al Sadd SC. He is currently into management, but there’s no doubt that Xavi would have been a big hit in the Premier League, considering his great passing ability. 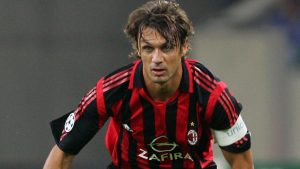 The Premier League has had many one-club men in the past, with Paul Scholes and Ryan Giggs readily coming to mind. However, just like the aforementioned duo, Paulo Maldini also played for a single club all his life.

The legendary defender was part of AC Milan’s all-conquering side of the early and mid-2000s. His tag as one of the greatest defenders of all time was not gained based on mere publicity, but by his professional displays as a rearguard.

He retired having made the most appearances in the Serie A – Maldini played a record 647 league games for AC Milan. When you look at the Italian’s robust way of defending, it is hard to think he wouldn’t have thrived in the Premier League. Unfortunately, though, despite all his talent, Maldini never played in England. 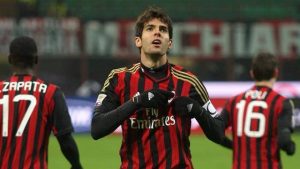 One weird fact about the Premier League is that no player outside Manchester United has ever won the Ballon d’Or. For a player like Ricardo Kaka, though, he has been there, seen it all and even won the prestigious individual award.

The calm Brazilian was a special talent and, although he never played in England, he often tormented English teams in the UEFA Champions League. Kaka was one of the stars when AC Milan defeated Liverpool in the final of the 2007 Champions League.

The attacking midfielder also scored one of the best goals in Europe’s premier club competition against Manchester United, where he left Patrice Evra and Gabriel Heinze crashing into each other, before he calmly slotted past the onrushing Edwin Van der Sar. In the end, he played in Italy, Spain and also had a brief stint in the United States. Just not England. 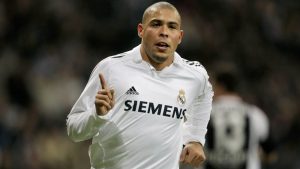 Whenever the debate over who the greatest player in football pops up, two Ronaldo’s are often mentioned among the lot – Cristiano Ronaldo and the Brazilian Ronaldo. While the former used to play in the Premier League, the latter never did.

However, not playing in the Premier League doesn’t negate Ronaldo’s greatness. In fact, it remains a big miss for the English topflight that a player as good as the Brazilian never graced the league. Perhaps, Manchester United fans have the best testimony of Ronaldo’s greatness.

In 2003 when Real Madrid visited Old Trafford for a Champions League game, Ronaldo singlehandedly destroyed the Red Devils. The Brazilian scored a sensational hat-trick, although Madrid eventually  lost the game 4-3. Such is the talent of the player the Premier League could have had week in week out. 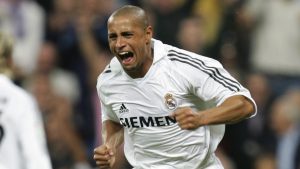 Roberto Carlos remains one of the most decorated defenders the game has ever seen. The Brazilian left-back blazed the trail during his stint at Inter Milan, but it was at Real Madrid that he truly cemented his place in world football history.

Carlos made over 300 appearances for Los Blancos, winning multiple titles in the process. The defender came 2nd in the 1997 FIFA World Best Player Award and was also runner-up in the 2002 Ballon d’Or after helping Brazil win the World Cup that year.

The Premier League has been some great left-backs grace the league in the last two decades, and Carlos would have been a fine addition to that illustrious collection. Unfortunately, though, the Brazilian never got to showcase his brilliance in front of the English fans. 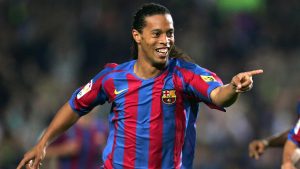 Perhaps the most skillful footballer of all time, Ronaldinho is one that is loved by every football fan, no matter the clubs they support. The Brazilian was simply magical and, anytime he touched the ball, it was as if he was born with a leather glued to his legs.

As exciting as Ronaldinho was, he never played in the Premier League. It would have been super exciting to see him sprinkle his magic on some iconic stadiums like Old Trafford and Anfield.

Never playing in the Premier League, though, does not dent Ronaldinho’s greatness at all. He won it all in Barcelona and also played for AC Milan, which is one of the greatest clubs in Serie A. He was also a beast for the Brazil national team, whom he helped to annex the 2002 FIFA World Cup. 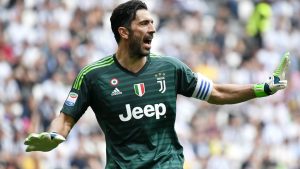 When you talk of great goalkeepers to have graced the Premier League, the likes of Edwin Van der Sar, Fabian Barthez, Petr Cech, Jerzy Dudek and Peter Schmeichel readily come to mind. However, Gianluigi Buffon is up there with any of the aforementioned goalies, if not even better.

The Italian shot-stopper has played in just two leagues all this career – the Serie A and the Ligue 1. However, his exploits speak for themselves, having won titles at every club he has played and also for the Italy national team.

Buffon may currently be past his best but, in his prime, very few goalkeepers came close to his quality. He was voted onto the FIFPro World XI three times and remains the first, and so far only, goalkeeper to have won the Golden Foot Award. Buffon would surely have been a big, big signing for the Premier League. 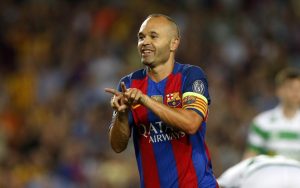 Football is a game meant to be enjoyed by spectators and that was the case whenever Andres Iniesta graced the pitch. For almost two decades, the Spaniard thrilled Barcelona fans and made the middle of the park his own.

Iniesta was not just about the great vision and passing ability, the artistic manner in which he controlled play set him apart from other midfielders. He was more technical than physical, but he would have delighted English fans had he joined any Premier League side.

After winning numerous league titles, the Champions League, Euros and World Cup, it would have been befitting for him to end his career in England. However, despite all the links to Manchester United, Iniesta opted to join Japanese side Vissel Kobe. Another great one that slipped through the fingers of the Premier League. 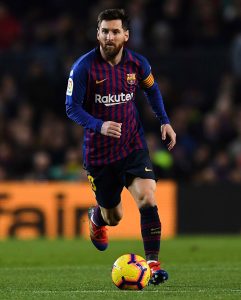 If Premier League clubs are said to have missed out big time on players like Ronaldinho and Ronaldo (the Brazilian), the fact that Lionel Messi has also never played in the English topflight is a bigger miss. The Argentine has played for Barcelona for more than a decade and it doesn’t look like he’ll leave anytime soon.

At 32, Messi and won it all with the Catalans and a move to the Premier League would certainly be the icing on the cake. Having dominated world football, becoming the only player to win six Ballons d’Or, many would want to see Messi play in another league.

In what has been a very successful career, one thing that has been held against the Argentine is his unwillingness to test himself outside Spain. Messi still has about four to five years in him to play active football, but it is unlikely that he would choose England as his next destination.