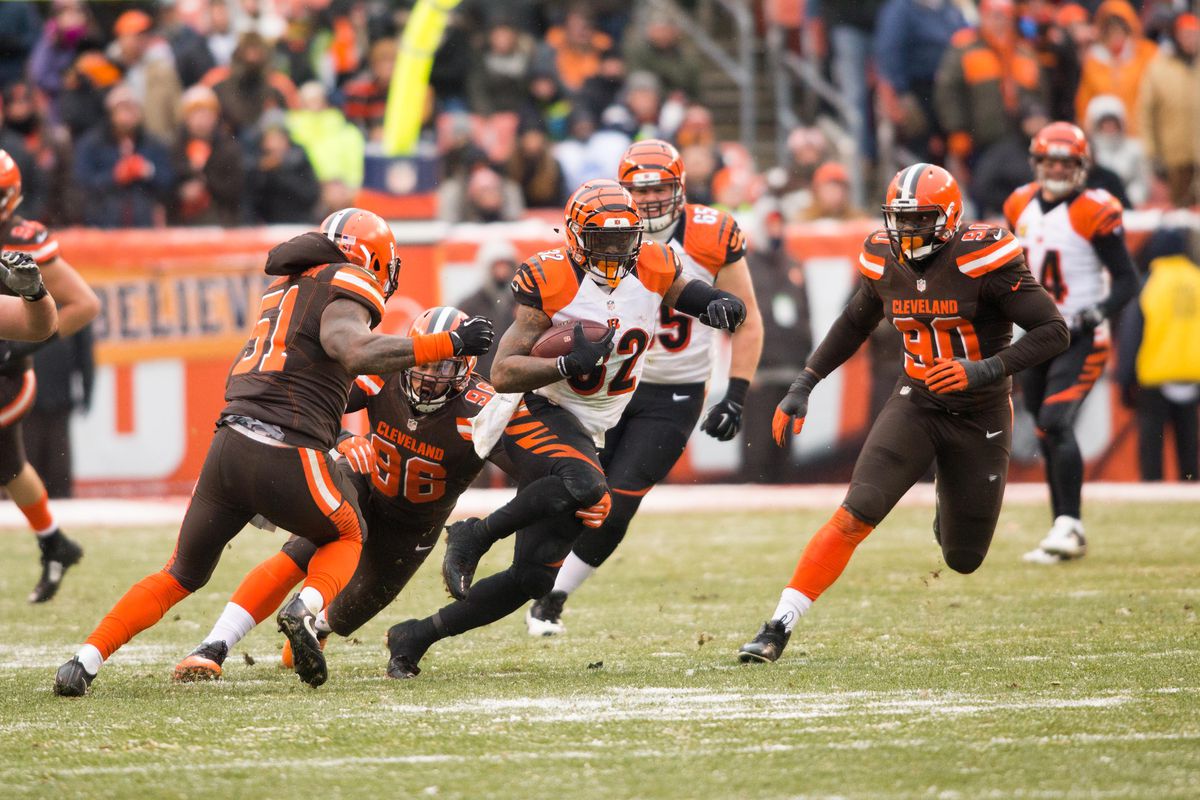 In its storied history, the NFL has witnessed some truly amazing, and equally dreadful, teams strut their stuff on its hallowed lawns.

From the Greatest Show on Turf to the Repus Bowl, fans have witnessed everything there is to witness in a game of football.

While teams like the New England Patriots have put together remarkable winning streaks that have defied expectations, others, like the Miami Dolphins have stitched up stunning losing streaks that will stand the test of time.

Here, we take a look at the 10 longest losing streaks in NFL history: 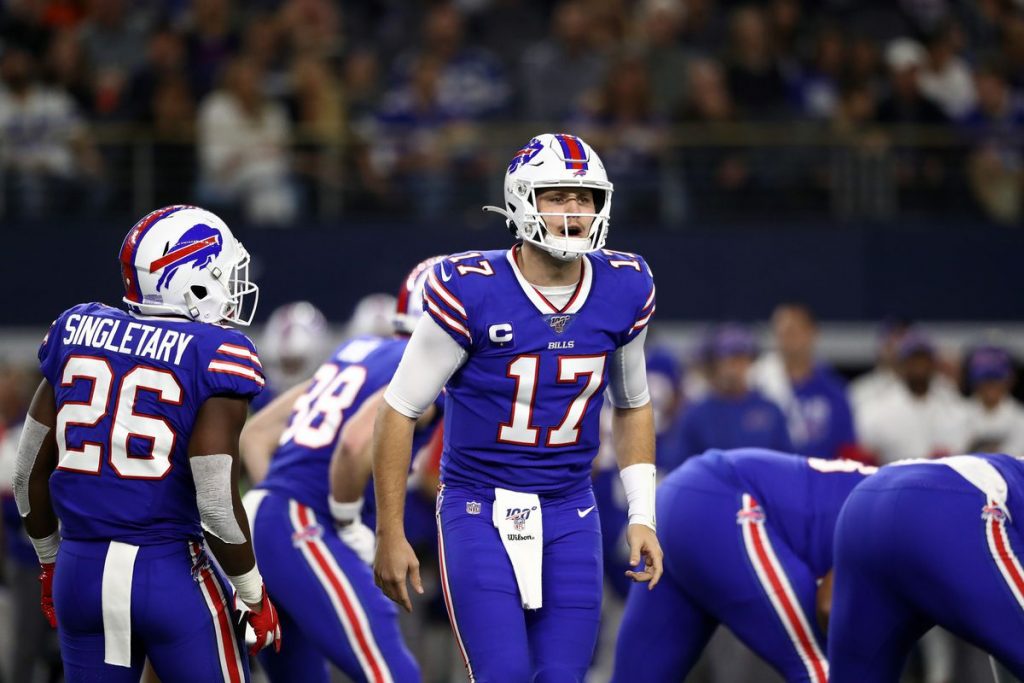 The Buffalo Bills’ 15-game losing streak is the first on this list. The Bills were downright dreadful back in the day and began the 1970 campaign with four losses in their first five games.

Although they steadied the ship with a couple of victories and a tie against the Baltimore Colts, five straight defeats at the end of the season meant they finished with a miserable 3-10-1 record.

They somehow managed to perform even worse the next year as they ended with a 1-13 record. The Bills allowed 394 points over the course of the season, the most in franchise history for a 14-game season.

They lost 10 straight to open the season and only ended their 15-game losing streak by upsetting the New England Patriots for their only victory of the campaign.

The 1-13 record remains the worst in franchise history. 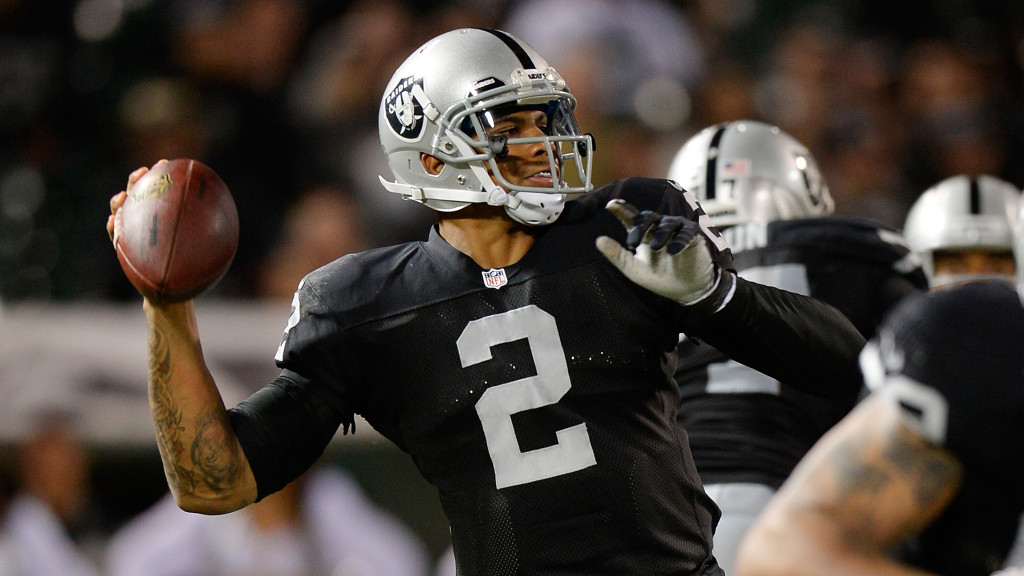 Oakland Raiders have embarked on many devastating seasons in their storied history, but none as bad as their 2013 and 2014 campaigns in which they lost a combined total of 25 games.

The Raiders’ 16-game losing streak began with a defeat at home to the Tennessee Titans midway through the campaign. Oakland would go on to lose five more games to close out the season and follow it up with a 0-10 start to the 2014 campaign – the worst in franchise history.

A shock 24-20 victory against the Kansas City Chiefs in November put an end to their 16-game losing streak and they would manage two more wins – against the Bills and the 49ers – to round out the season. 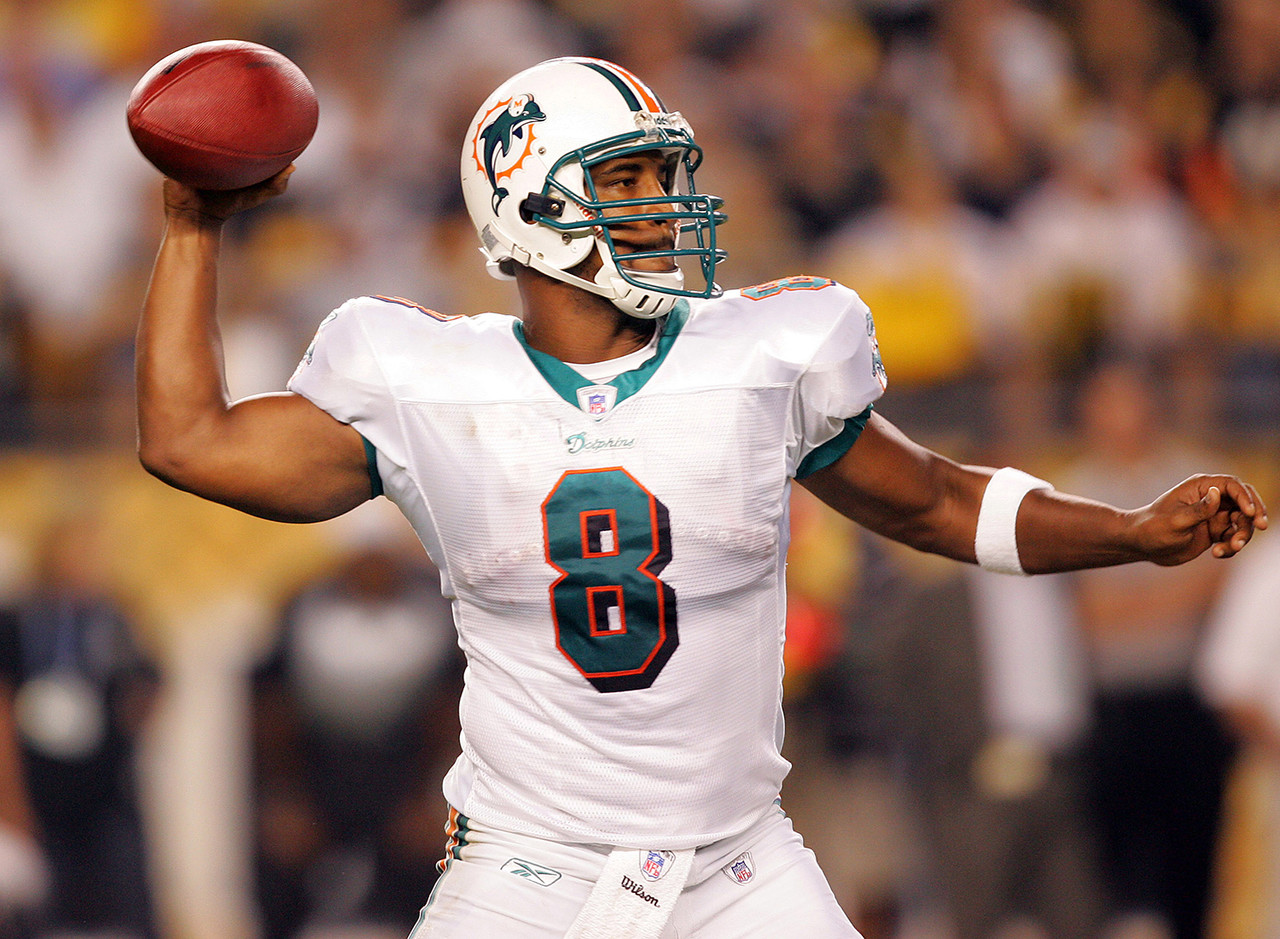 Miami entered the 2006 NFL season confident of their chances of making it to the playoffs. After all, they had finished with a 9–7 record the previous season and had a relatively strong squad at their disposal.

The Dolphins came close to signing legendary quarterback Drew Brees in the offseason but were put off by doctors’ reports that stated his shoulder injury was quite severe. That proved to be their first mistake that season in a series of blunders.

They lost six of their opening seven games before hitting back in style and winning five of their next six. However, they ended the season with three straight defeats and missed out on a playoff spot yet again. Their shutout against the Buffalo Bills was also the beginning of a 16-game losing streak that would extend well into the next season.

Their 2007 campaign proved to be one of the worst in franchise history as they finished with a 1-15 record. They lost their opening 13 games of the season, extending their losing streak to 16, and only narrowly avoided a sweep by defeating the Baltimore Ravens in overtime in their third last game of the campaign.

Following yet another disastrous campaign, general manager Randy Mueller and coach Cam Cameron were fired following which the Dolphins’ fortunes turned around as they finished with an 11-5 record in 2008. 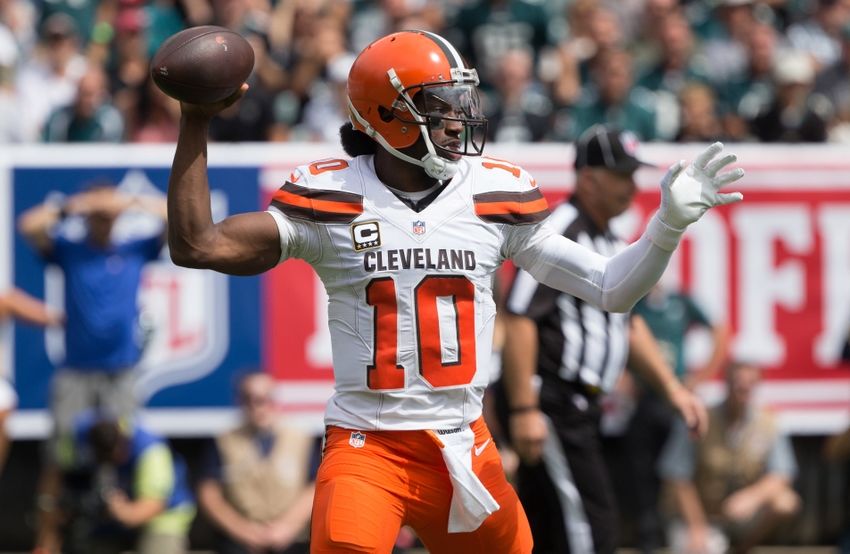 The Cleveland Browns are infamous for having the worst back-to-back losing streaks in NFL history. In the 2015 season, they slumped to a 3-13 record, which was tied for the worst in the league alongside the Tennessee Titans.

The Browns did not have a disastrous start to the season though. At one stage, they held a 2-3 record and were set to embark on a relatively easy schedule in the following weeks.

However, they could not take advantage of that and lost seven straight before defeating San Francisco, which would be their last win for a year.

The following game, they traveled to Seattle where they were soundly beaten, marking the beginning of their 17-game losing streak.

The dropped their final two games of the season and then went on a 14-game losing streak to start the next season.

That streak came to an end when they defeated the San Diego Chargers 20–17 in their final home game of the season. With the Chargers trailing by 3, Josh Lambo missed a chance to level things up when he fluffed his field goal attempt, giving the Browns their only victory of the season and putting an end to the misery of the Cleveland fans.

The Browns thought they had seen off the worst when they put an end to their 17-game losing streak by defeating the San Diego Chargers. However, it proved to be a flash in the pan.

The Browns lost their final game of the 2016 season in overtime to the Pittsburgh Steelers which marked the beginning of yet another 17-game losing streak.

The Browns began the 2017 season with another defeat to the Steelers and would go on to lose 15 more games, ending the season with a 0-16 record and becoming the second team in NFL history to go 0–16 after the 2008 Detroit Lions.

Despite the miserable season though, there were a few positives for the Browns as they had put together a solid core of young players who would go on to have moderate success in the next couple of years. 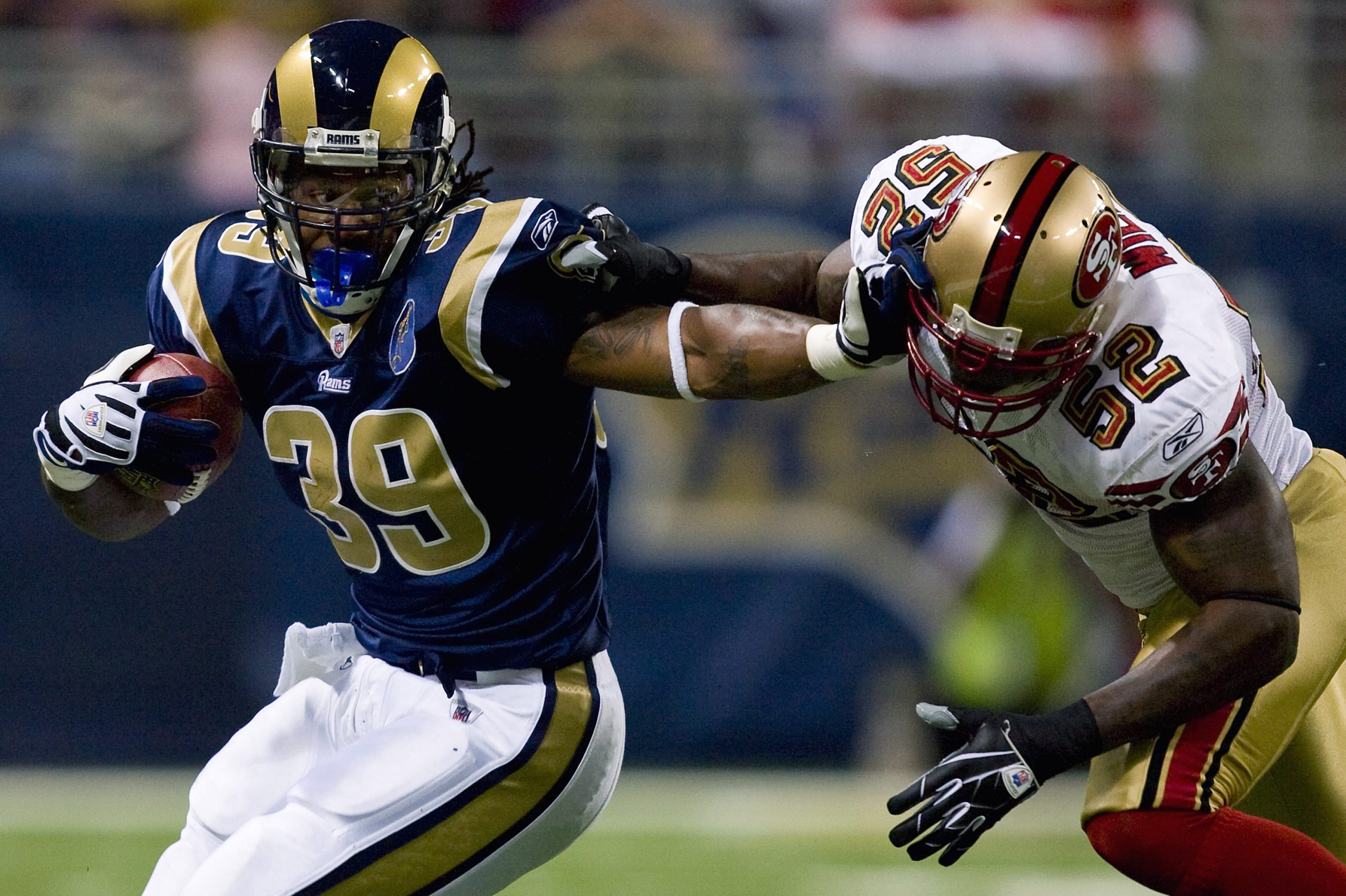 The Rams might be a formidable force in the NFL at the moment, but in the past, they were among the league’s worst franchises.

The Rams famously embarked on a 17-game losing streak that encompassed the 2008 and 2009 seasons.

The losing streak began with a defeat to the New England Patriots in Week 8 of the season. Prior to that, the Rams had lost four straight to open the campaign but had recovered with back to back wins against the Cowboys and Redskins.

There would be no more wins though as they lost 10 straight to end the season. However, it should be noted that unlike many of the other teams on this list, the Rams remained competitive in defeat, with many of their losses being by one score.

The following season proved to be even worse for the Rams as they dropped seven straight to open the campaign. Their 17-game losing streak came to an end when they travelled to Detroit though, coming away with a 17-10 victory.

That was as good as it would get for St. Louis as they lost all their remaining matches and ended with a 1-15 record for the season. 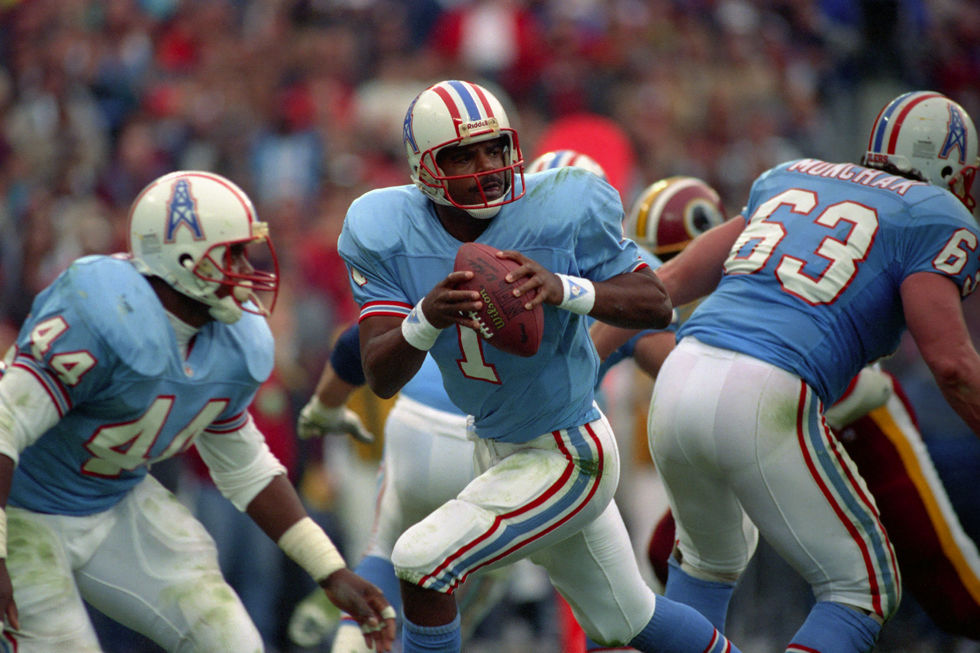 If Houston Oilers thought they had seen the last of a franchise-shaking losing streak with the end of the 1973 season, they were sorely mistaken.

The Oilers began the 1982 campaign fairly confidently, splitting their opening two games. However, a player strike meant the league was suspended for two months.

Following its resumption, Houston lost seven straight games, including a 7–37 reversal at the hands of the Dallas Cowboys to end the season with a 1-8 record.

The Oilers then lost 10 straight to open the 1983 season, taking their losing streak to 17 games. However, their misery finally came to an end with a 27–17 victory against the Detroit Lions at the Astrodome, marking their first victory in close to a year.

They managed one more victory, against the Cleveland Browns in the penultimate week, and ended with a 2-14 record. 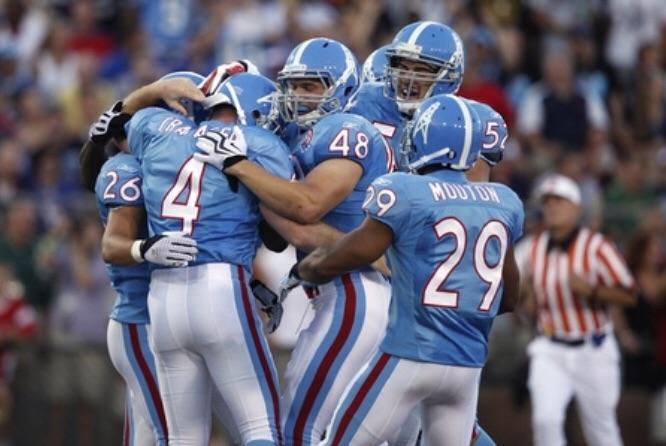 The Houston Oilers feature for the second time on this list, this time with an 18-game losing streak. The Oilers began their 13th season in the NFL, in 1972, with back to back defeats to the Denver Broncos and Miami Dolphins.

They managed to pick up a shock victory against the New York Jets the following game but would remain winless the rest of the campaign.

Their 18-game losing streak started with a 0–34 hiding at the hands of the Oakland Raiders, a game in which they finished with -1 yards in passing. Towards the end of the game, a fan was caught showing the middle finger to the camera disgusted with what he was seeing.

The Oilers could never recover from that defeat to the Raiders and would lose their remaining 10 games of the season to finish with a 1-13 record.

1973 did not provide Houston with any relief as they continued from where they had left off the previous year.

The Oilers dropped their opening eight games of the season, extending their losing streak to 18 before finally picking up a win against the Baltimore Colts. That would remain their only victory of the season though as they once again finished with a 1-13 record. 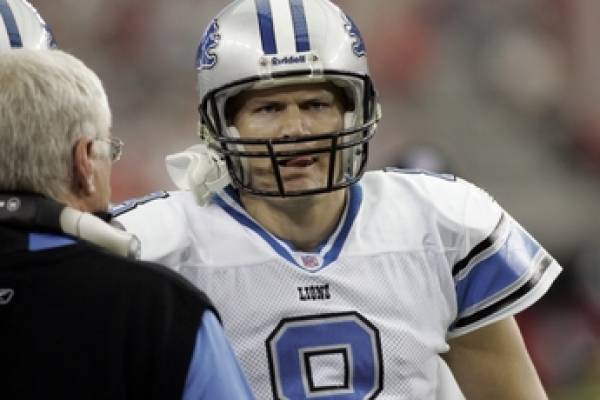 The Detroit Lions’ 19-game losing streak, which is the second-most in NFL history, was spread across three seasons.

The Lions began the season promisingly enough, racing away to a 6–2 record at the halfway mark. However, disaster struck soon enough and the Lions lost seven of their last eight games to finish with a 7–9 record and miss out on a spot on the playoffs.

Their defeat to the Green Bay Packers in the final week of the season marked the beginning of a 19-game losing streak that would haunt the franchise for many years.

The following season, the Lions became one of just five teams in NFL history to finish a season without a win as they lost 16 straight to take their losing streak to 0-17.

The following year, despite hiring a new head coach in Jim Schwartz, the Lions’ misery continued as they slumped to defeats in their opening two games. However, they finally ended their 19-game losing streak by defeating the Washington Redskins 19-14 at Ford Field.

They could not build on that success though and finished the season with a 2-14 record. 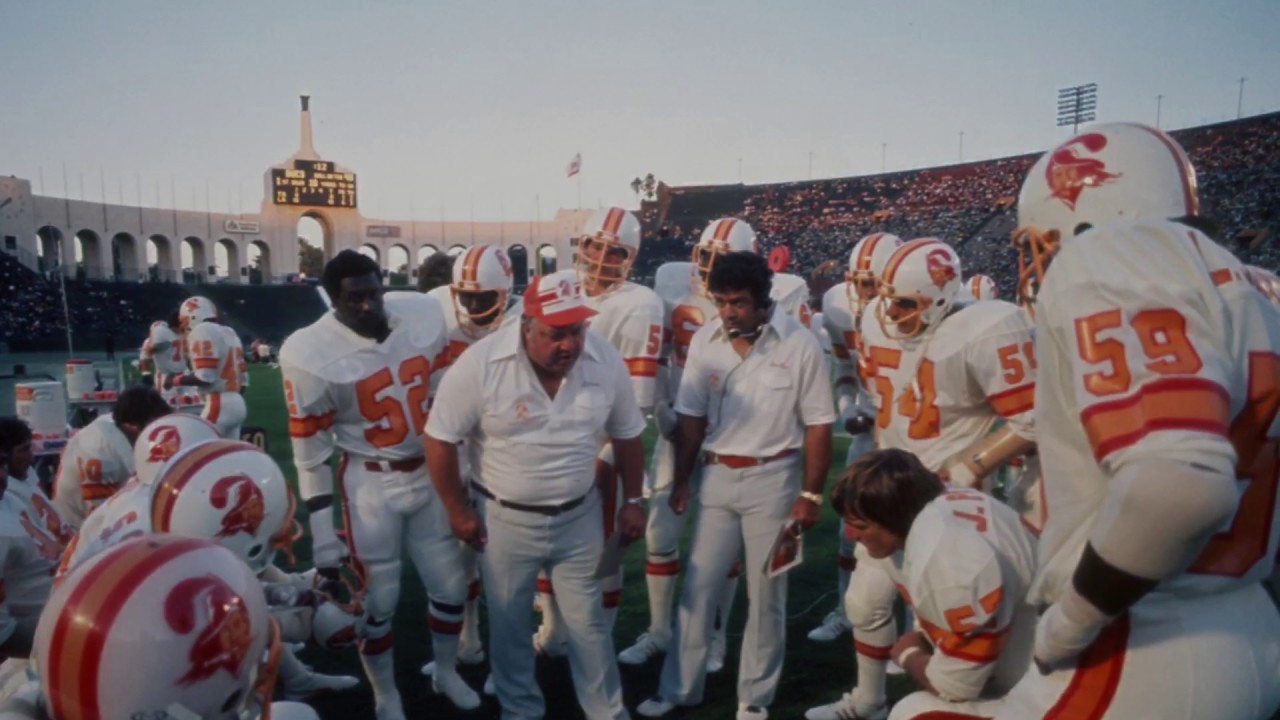 The Tampa Bay Buccaneers boast of one of the most infamous records in NFL history, having lost 26 consecutive games back in the 1976 and 1977 seasons.

The Buccaneers’ streak began with a humiliating 20-0 loss to the Houston Oilers on September 12, 1976. The 1976 season was the Bucs’ first in the NFL and they boasted a horrendously weak roster at the time. The Bucs would go on to lose every single game that season – a total of 14 – to become the first team in NFL history to go 0-14.

Tampa Bay failed to score in their first two games and went a total of five games without putting points on the board, in what’s considered to be the worst season of all time.

At the end of the season, the Bucs ranked last in points scored, touchdowns, and rushing touchdowns and had as many as 17 players on injured reserve.

Their streak continued into the next season as well as they slumped to 12 straight defeats beginning with a loss to the Philadelphia Eagles.

Although they had the opportunity to strengthen their squad through the draft and offseason additions, the Bucs remained woeful, thanks in part to injuries to their first-choice quarterback.

The Bucs went as many as six games without scoring in this season and rolled into Week 13 looking like they might have another winless season.

However, they pulled off a sensational victory against the New Orleans Saints 33-14, to mark their first-ever NFL victory.