10 of the Craziest Wrestling Moments That Ever Happened 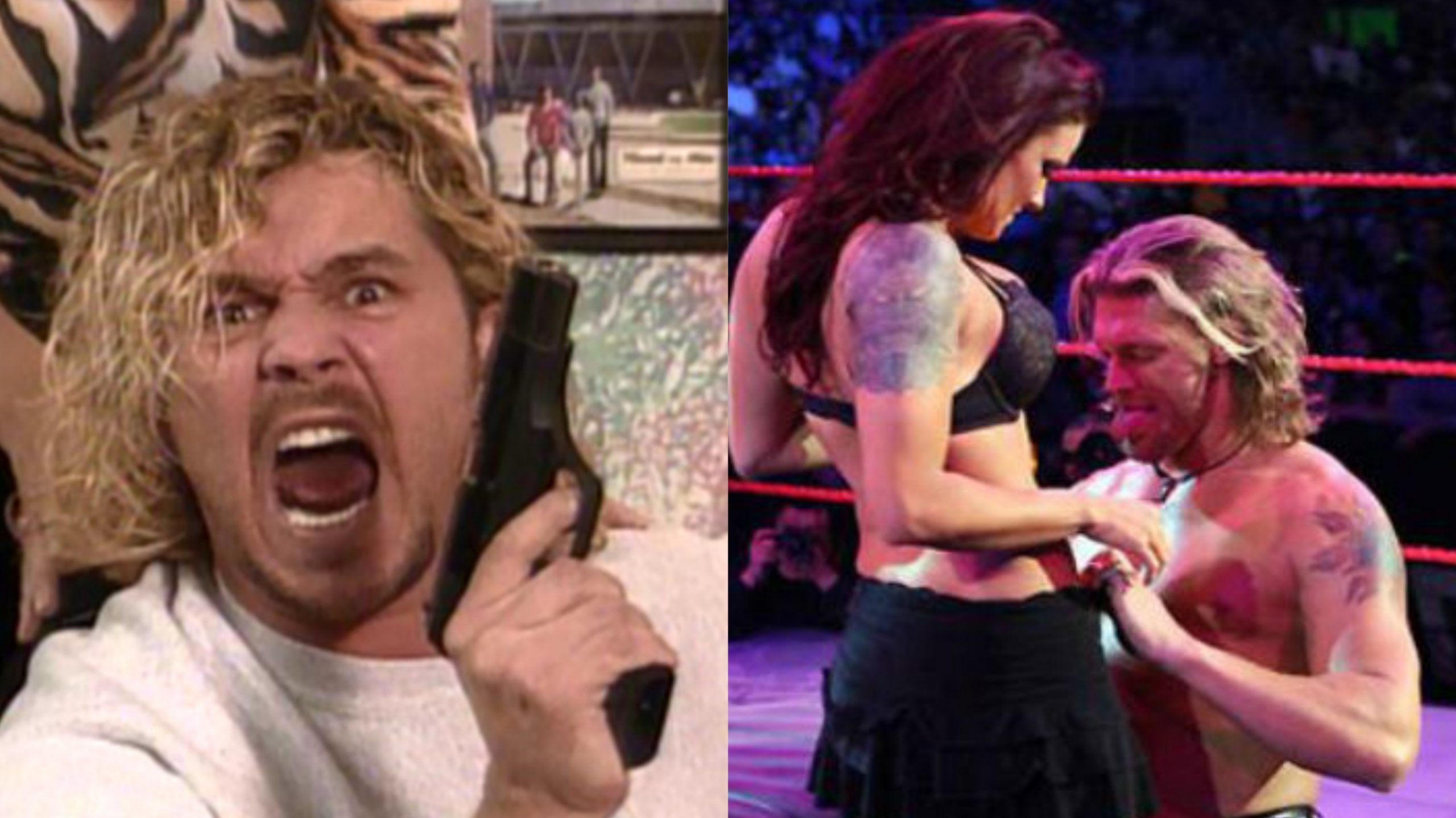 Pro wrestling or sports entertainment is a mix of athletics and soap opera. With these two combinations, a lot of crazy things are destined to happen. With the predetermined nature of the sport, wrestlers are aware of what to do and what to not do in the ring.

During the Attitude Era, we have witnessed a lot of brutal and edgy content. While a lot of them were well executed and they led to the creation of new stars, others were too cringeworthy and painful to look back on today.

Over the years, a lot of things have happened in pro wrestling, and some of them were just flat out crazy. Here are the ten craziest wrestling moments that ever happened. 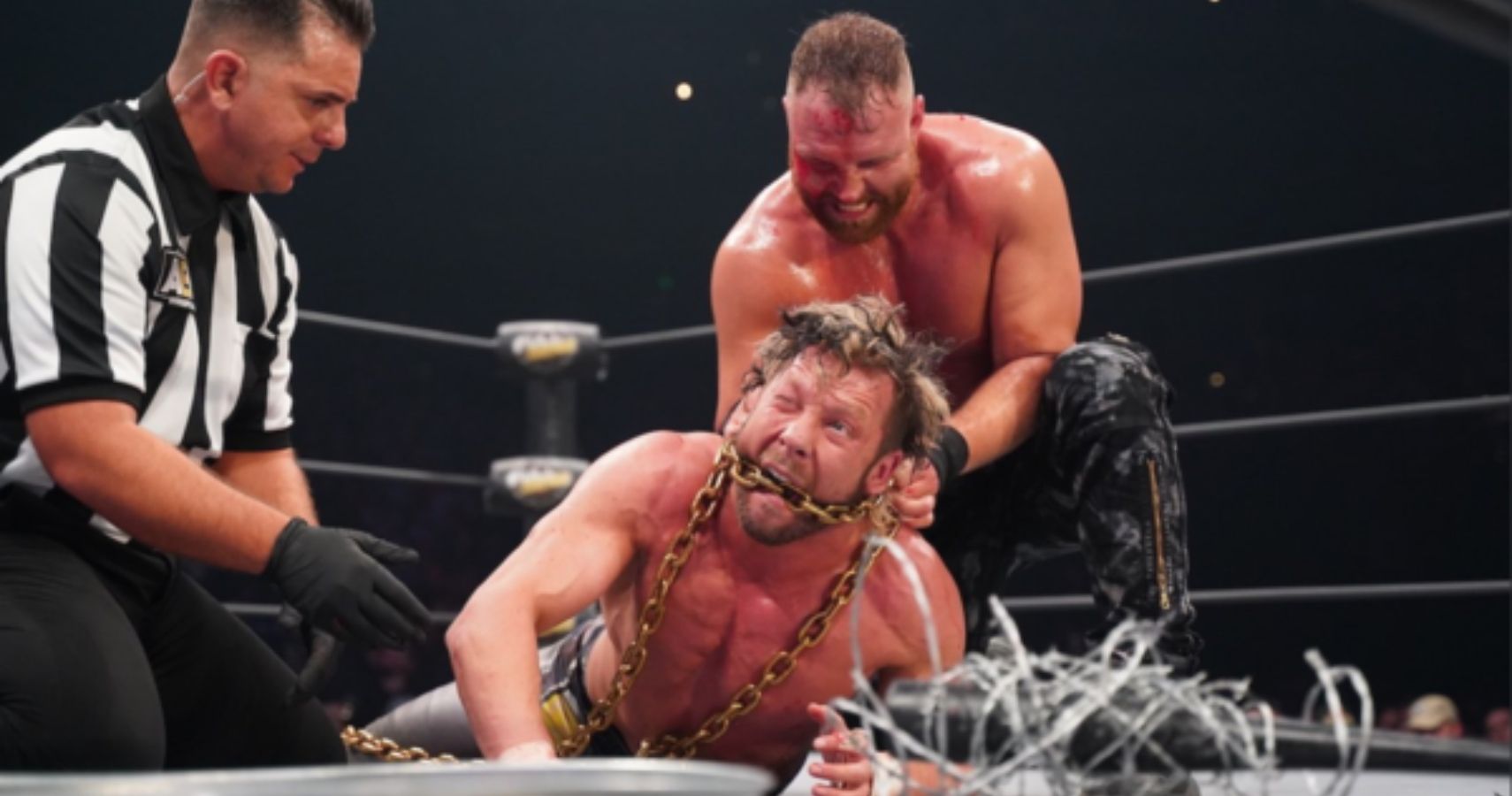 This match was crossed all the lines

At All Elite Wrestling’s Full Gear pay-per-view, Jon Moxley (FKA Dean Ambrose) clashed with The Elite’s Kenny Omega. This wasn’t an ordinary match. The two wrestlers battled in a Lights Out Unsanctioned match in the main event and many wrestling fans had mixed feelings about the match.

Moxley went back to his old brutal fighting style and Omega unleashed “The Cleaner”. A lot of foreign objects were used in the match.

There were a barbed wire broom and bat, trash cans, a board fixed with mousetraps, an icepick, broken glass and a barbed wire spiderweb. The match was absolutely brutal and many fans and critics were not in favor of the match.

This was too much for many fans, especially after they watched two human beings throw themselves into a bed of barbed wire. The brutality of this match and the crazy spots gives it a place on this list.

During the Attitude Era days, WWE’s programming became adult-orientated and many characters were created to fit with the edgy content. The Undertaker’s character became darker and he formed a faction known as the Ministry of Darkness.

The Lord of Darkness defeated Boss Man and after the match, The Brood, who was part of the Ministry of Darkness, came down from the top of the ceiling and landed on the roof of the Cell.

They proceeded by lowering down a long rope with a noose at the end into the ring. The Deadman placed the noose around Boss Man’s neck and the Cell was raised. Big Boss Man was hanging and fighting for his life, but after a few seconds, he wasn’t moving.

WWE never mentions this nowadays, because it depicted one of their biggest stars as a murderer on live TV.

#8. The Undertaker throws Mankind off the Cell At the 1998 King of the Ring event, Mankind took on The Undertaker in a Hell in a Cell match. Many fans regard this match as the greatest HIAC match in WWE history, and it’s not hard to see why.

The match took place more than 20 years ago but till today fans still talk about it. The Deadman threw Mankind off the top of the Cell and the latter crashed into the Spanish announce table.

After that, both men returned to the top of the Cell and ‘Taker chokeslammed Mankind through the roof. The latter fell through and crashed onto the canvas. The two Superstars managed to finish the match but the unbelievable things that took place will always be iconic. The Undertaker took on The Dudley Boyz in the main event of 2004’s Great American Bash PPV. According to the pre-match stipulation, Paul Bearer would be cemented in a glass crypt if The Phenom won the match.

During the match, Bearer was locked inside a glass crypt with the pump of cement truck above him. The Undertaker pinned D-Von after delivering a Tombstone Piledriver to win the match.

After the match, ‘Taker pulled the lever to the cement truck, burying Bearer in the cement, killing him. Once again, The Undertaker (kayfabe) committed murder on live TV.

Mae Young was involved in a storyline where she was romantically involved with “Sexual Chocolate” Mark Henry. It was revealed that the two were dating when a segment showed the duo together in bed.

During an episode of Raw in 2000, she went into labor and eventually gave birth to a bloody rubber hand. Many fans regard this segment as one of the worst things that WWE has ever done.

When you look back at it, it’s not hard to see why. David Arquette, an actor, wins the WCW World Title on the April 26 episode of WCW Thunder

On the April 26th, 2000 edition of WCW Thunder, Vince Russo booked David Arquette, an actor, to win the WCW World Championship. This is one of the focal things that led to the promotion’s demise.

Arquette teamed up with the then WCW World Champion, Diamond Dallas Page to take on Jeff Jarrett and Eric Bischoff, with the stipulation that whoever got the pin would win the title.

David pinned Bischoff to win the title. The WCW fanbase was not impressed with this, and many of them refused to watch WCW again. The promotion lost a lot of viewers and money after that and Arquette’s championship run was listed by WWE as the top reason for the failure of Nitro.

#4. Edge and Lita have live sex on RAW 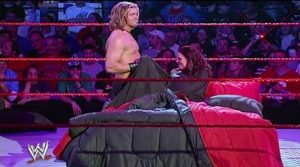 Edge and Lita had a live sex celebration on Raw

After Edge cashed in the first-ever Money in the Bank contract to win his first WWE Championship from John Cena in 2006, it was a very big deal for him. To celebrate, he had sex with his on-screen and real-life girlfriend Lita live on an episode of RAW in the middle of the ring.

The segment received a 5.2 rating, which was Raw’s highest rating in over a year because it reminded fans of the Attitude Era and they probably wanted to see what the two Superstars looked like in their birthday suits. 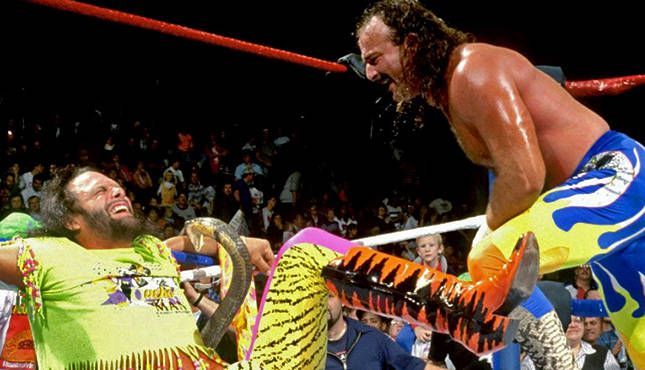 After ‘Macho Man’ Randy Savage lost a career vs. career match at WrestleMania 7, Jake “The Snake” Roberts came up with an idea to make Savage come after him. On a taped episode of WWF Superstars, Macho Man, who was commentating, had enough and ran to the ring to confront Roberts.

Jake attacked him and tied the latter up in the ropes. He then picked up a bag and brought out a King Cobra which proceeded by locking its fangs into Savage’s bicep.

Even though the snake had been devenomized, Jake later admitted that he had trouble getting the snake to let go of Macho Man’s arm. Fans were freaked out, and children were seen bursting into tears. What a crazy moment it was. Triple H, wearing a Kane mask, had sex with a mannequin inside a casket

The October 21st, 2002 episode of WWE RAW is undoubtedly one of the most infamous in the history of WWE, thanks to the terrible Katie Vick storyline, which is one of, if not, the worst thing that WWE has ever produced.

Several weeks prior, after Triple H attacked The Hurricane, Kane’s partner backstage, The Big Red Machine was left to defend the WWE Tag Team Championships all by himself. The Game then revealed that he knew Kane’s secret, and he asked the latter if the name Katie Vick sounded familiar.

The following week on Raw, Kane revealed who Katie Vick was. He stated that she died from a car accident and he wasn’t responsible for her death. The Game interrupted the promo and asserted that the whole story was not being told.

He added that Kane was drinking excessively as well. He further got under The Big Red Machine’s skin by stating that Kane was in love with her, but she did not have the same feelings towards Kane.

Triple H then played a clip of himself, dressed in Kane’s mask, having sex with Katie Vick — a mannequin — inside a casket. The angle was very unpopular with fans and it’s something WWE wished you would forget ever happened.

The infamous Pillman’s got a gun angle in 1996

On the November 4th, 1996 episode of Monday Night Raw, Brian Pillman took part in the infamous “Pillman’s got a gun” angle with his former teammate Stone Cold Steve Austin.

Austin and Pillman had been feuding for weeks, and the former took things to the next level when he went to visit Pillman, whom he had already injured, at his house.

He then proceeded to break into Pillman’s home, but the latter responded by producing a gun and pointed it at a hesitant Austin and fired a live round, while Kevin Kelly and Pillman’s wife screamed for help.

The live camera feed was then disrupted. The on-screen director contacted commentator Vince McMahon and told him that he had heard “a couple explosions”.

The transmission was restored shortly before Raw ended and viewers witnessed Pillman’s friends dragging Austin from the house while Pillman aimed the gun at Austin and he shouted “let him go! I’m gonna kill that son of a bitch! Let him go! Get out of the way! Get out of the f*cking way!”
on live television, which prevented it from being edited out.

The USA Network was furious with the angle, and they threatened to have Raw canceled. The WWF and Pillman eventually apologized for the entire angle.