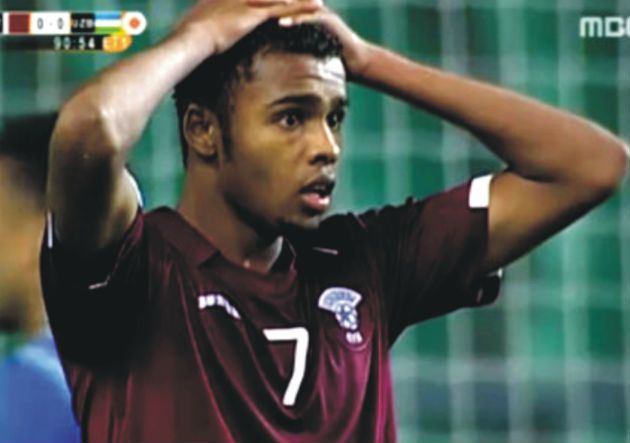 Football has given us plenty to shout about. From the finesse and suave of some players to the sheer absurdity of some things done on the field of play, we’ve witnessed a lot. Over the years, we’ve been treated to some classic goals that we can’t help but watch clips of them over and over again.

But then, there are some other things done on the pitch that cost our team’s points, trophies, and at some other times, just left us dumbfounded. Among all these types of things is the absolute failed goals – where some players, just on the spur of the moment, trying to show us their skills or trying to impress us in front of the goal, ended up putting the ball in the wrong side of the goal post.

Some of these misses are sometimes due to pressure from the opposing defenders or goalkeepers, which is quite understood – they were paid to stop goals as much as we pay our strikers to score them. But there are some that left us dumbstruck, like, “did that really happen?” or “how could he manage to miss that?”

Those are the types of goals that, after a lot of work has been put into the total team play to arrive at the scene of the goal, and most times, dismissing the defenders and rounding up the goalkeeper, our strikers still end up throwing the goal away. Below are the top 10 misses that, perhaps, are still haunting the players who made them, but are still etched into our memories:

With your team down by one goal and a few minutes left on the clock to at least grab a share of the points, you had the ball put in front of you a few yards out from a cross that had gone behind the goalkeeper. The best you can do is to save the day for your team by putting the ball in the net, isn’t it?

Well, Kanu thought otherwise on that day as he managed to scoop the ball over the net in a similar scenario that happened to him during his days at West Bromwich Albion, who were behind in a 2-1 loss to Middlesbrough back in 2004.

The player who crossed the ball to him, Geoff Horsfield, was seen putting his hands on his head, dumbfounded by the howler. He couldn’t believe what just happened. Kanu missed a decent chance that was placed on a platter of gold and cost his team dearly.

This is really a howler! Or what other name can it be called? After tearing the Bolton defense apart, stunning them with a dozen passes across that had gone beyond the reach of the goalkeeper and landed before Frederick Ljungberg in front of the goal post. What the Swede did that day will remain in the memories of the fans for long.

Ljungberg had played the ball to the right-wing to Jose Antonio Reyes, who passed it back to him. Patrick Viera received the ball in the middle, made a beautiful pass to Dennis Bergkamp, and the Netherland international fed Robert Pires on the overlap.

Pires rounded a defender with ease and scooped a fine cross out to Freddie. The Swede only had to slot home from a close range as the goalkeeper had been beaten in the cross, but all he could do was to balloon the ball over the bar. What a miss!

Fernando Torres’ time at the Stamford Bridge is marred by a series of embarrassing displays and this particular event at the Old Trafford will linger on his thoughts for a while. He had the opportunity to end the match with two goals, getting the better of his attacking rivals at the club as the only good thing that happened on the day.

He had scored previously a few minutes into the second half. With United having run Chelsea ragged with three goals in the first half, Torres had the chance to made the score-line a bit better on the Blues and perhaps give them the hope of a comeback. But he couldn’t take it.

After rounding up De Gea with a shimmy and a neat step over, then came the easy part; to roll the ball into the gaping goal and celebrate with his teammates. Yet, the Spaniard rather played his ball towards the Stretford End of the Old Trafford to the jeers and taunts of the United faithful.

Although Bundesliga giants, Borussia Dortmund were 2-1 up at the time of this event, it wouldn’t have been a bad idea to score one more, but Blaszczykowski thought the job was done and needed not to add another misery on the opponents.

He had made the hardest part of the issue by making a run from the halfway line to connect with Robert Lewandowski’s long pass. The fans behind the goal were so certain of the goal that they were already celebrating. Unfortunately, it never arrived.

What happened? Instead of running with the ball to a better shooting distance of the goal and coolly put it in, he blasted it from a little distance, only for the ball to go over the net and the fans that were celebrating the goal were too dazed to believe what just happened. 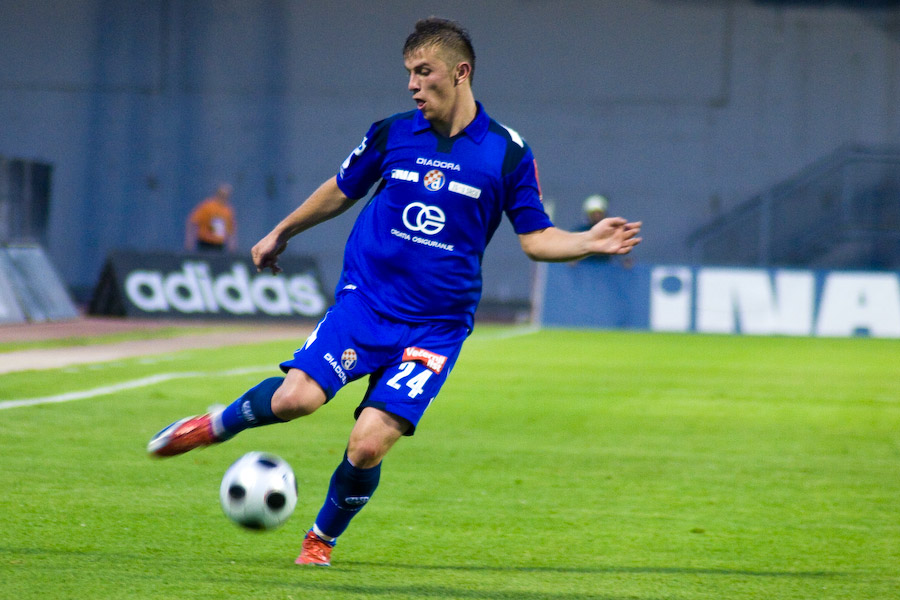 One of the worst misses ever!

Perhaps, the defenders of the opposing team had begged Sivonjic to help them win the match, it was not known. But how do we explain this? This is one of the worst misses ever recorded in the history of the game. In fact, it is difficult to qualify such an embarrassing moment.

Sivonjic’s employers, Dinamo Zagreb, were a goal down and needed an equalizer to get back into the game. The player is well known for his ball trapping skill, and a scenario where he needed it presented itself. Everyone would expect something great to happen. Well, what happened was just a disaster.

Sivonjic trapped the ball as expected, just a yard away from the HNK Cibalia goal. Unfortunately, he then played it out for the defenders to clear and Zagreb was denied an assured equalizer. The fans couldn’t believe what just happened but they had to bear the pains of the defeat. 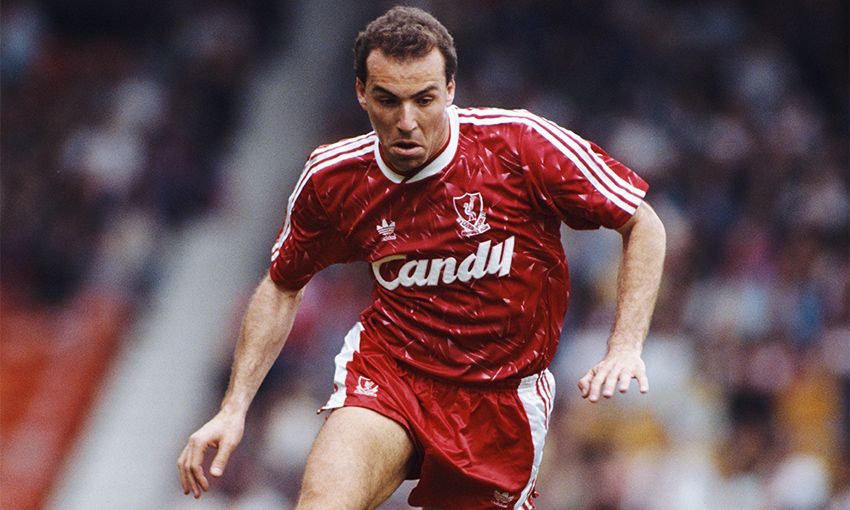 A miss to end all misses

Ronnie Rosenthal earned a very good start with Liverpool, scoring seven goals in eight appearances, including a hat-trick in his debut match, but was well remembered for making one of the worst misses in Premier League history; one that will always rank among the biggest disasters in front of goal.

He had made a run to connect with a long ball from his goalkeeper, David James and used the ball’s landing to drift away from an opposing defender and the goalkeeper, Nigel Spink. He was left with an open goal, and of all things Rosenthal could have done, he decided to make everyone speechless by blasting the ball against the crossbar!

What a shock! His teammates were left stunned at what they just saw. The player himself was amazed and he found it difficult to pick himself up as he cut a frustrated figure throughout his stay on the playing field on that day.

On an international debut, players are expected to put on a show for their countries and win more call-ups, but that was not the case with Chris Iwelumo, who chose that important moment to pull off his greatest gaffe and entered the history books with that embarrassing moment.

Iwelumo had the ball put on a plate in front of him from a low cross made by Gary Naysmith in the World Cup qualifier match against Norway and played it wide of the post from three yards out. Even the player himself was shocked. He opened his mouth wide in disbelief.

The match ended in a goalless draw which ended Scotland’s hope of going to the 2010 FIFA World Cup finals. What a way to begin an international career! He went on to win just three more caps for his country. Maybe, if he had put the ball in the right place, he would have earned more caps. 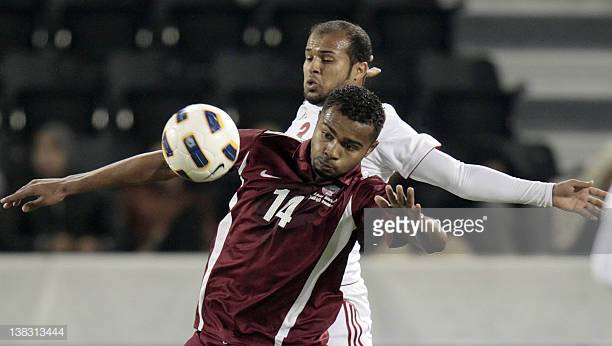 We’ve seen a number of howlers already on this list but this one, made by Fahad Khalfan, shouldn’t be missed, as it is one of the top ones on the list. The 18-year-old chose the worst time to put forward his misplaced shot, which cost his country a place in the Asian Games semis.

Farhan darted after a back-pass made to the Uzbekistan goalkeeper, Timur Juraev, and after the latter made an ineffective dummy which made the ball go through his legs, collapsed, perhaps in embarrassment, gifting the ball away to Farhad to score in peace.

But a few yards to the goal, Farhad blasted the ball, only for it to crash against the right post. Qatar went on to lose the game 1-0. Had Farhad scored, the game could have ended in his team’s favor. It will surely keep hurting him whenever he remembers the game.

Although he eventually went on to score from the penalty spot in the match, that was not enough to stop Nigeria from crashing out of the 2010 FIFA World Cup after ending the group at the bottom. Things could have been better had Aiyegbeni scored a sitter that was put in front of him moments before.

The former Portsmouth striker was in the middle of the six-yard box with just about three yards between him and the goal line when the ball was sent to him. The funniest part of the scenario was that the South Korean defenders were not putting any pressure on him – they were busy complaining of offside to the referee.

Yakubu had all the time in the world, but what he did was to balloon the ball over the crossbar, and the match ended 2 apiece which made Nigeria catch the next flight home from the tournament. It was one of the worst misses ever recorded. The tournament in which it occurred makes it even more embarrassing.

This happened in a Greek Super League match between Veria and Levadiakos. In fact, it appeared too bad to be true. Five different Veria players had the opportunity to score within eight seconds. Unbelievably, they just couldn’t get the job done despite coming close.

What eventually happened was that three of the five players hit the woodwork, the next player played the ball over the bar and the last one nodded his ball wide in what looked like a comedy of errors. Fans would have struggled to believe it had they not been at the stadium to watch the game.

It is rated by many as the worst miss in the history of the beautiful game. As a matter of fact, one would definitely find it very difficult to explain what happened on that day. Replays would be needed to believe it.