10 Greatest Spanish Footballers of All Time 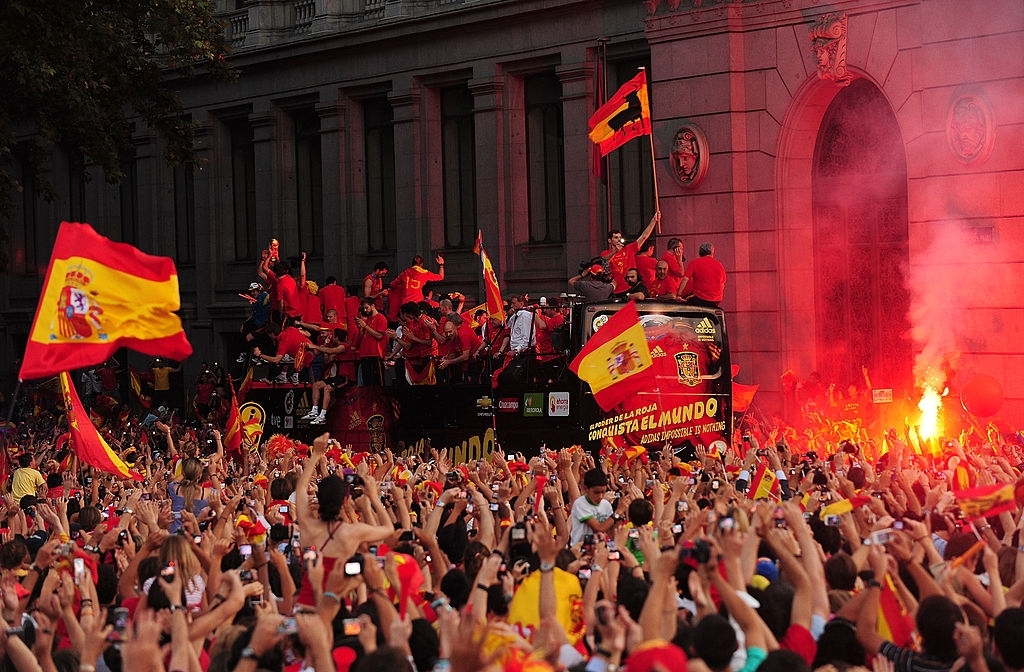 Curating 10 greatest Spanish footballers of all time is quite a riveting task. Man is indecisive when he’s handed a plethora of options to choose from. Listing the top 10 from the contingent which boasts of having some of the finest ever is challenging. Maintaining a legacy since the inception of national football, the Spanish Armada always had some prolific players.

However, international success isn’t frequent for them like Germany or Brazil. They have always struggled in the competitions in-spite of having jewels in their team. The 2008-2012 phase stands out as the golden age of Spanish football. In the span of 5 years, the La Rojas have won the European Championship twice in 2008 and 2012. While in 2010, their greatest success came with the victory in the World cup Finals.

10 greatest Spanish footballers of all time 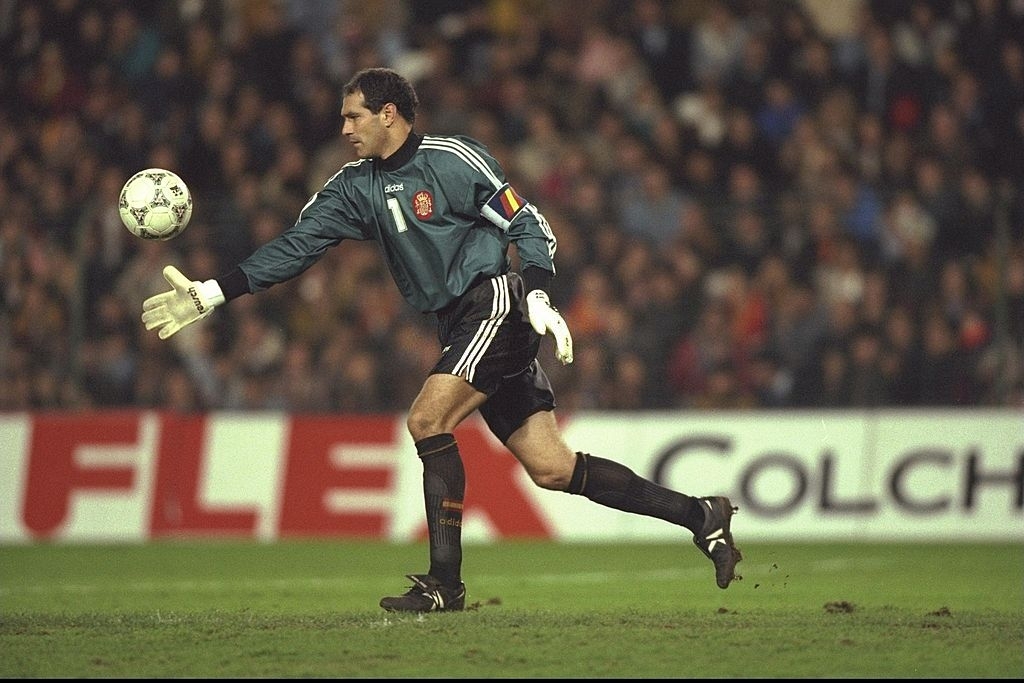 He is one of the all-time most capped players for the Spanish national team.  He was a part of seven major tournaments, in which he started six of them. Zubizarreta started his senior football career at Athletic Bilbao. His La Liga debut came on September 19, 1981, in a match against Atletico Madrid.

He enjoyed successful stints with Athletic Bilbao and Barcelona. With the Catalan giants, he won an incredible 11 trophies. Which included four consecutive La Liga titles and two consecutive Supercopa de Espana amidst other fantastic honours.

At the international scene, Zubizarreta represented Spain in four consecutive FIFA World Cup Competitions, and the UEFA European Championships on two occasions. In the 1998 World Cup, an accidental same-side against Nigeria cost Spain the match and ultimately the World Cup dream. However, his contribution is immense and hence he is one of the 10 greatest Spanish footballers of all time. 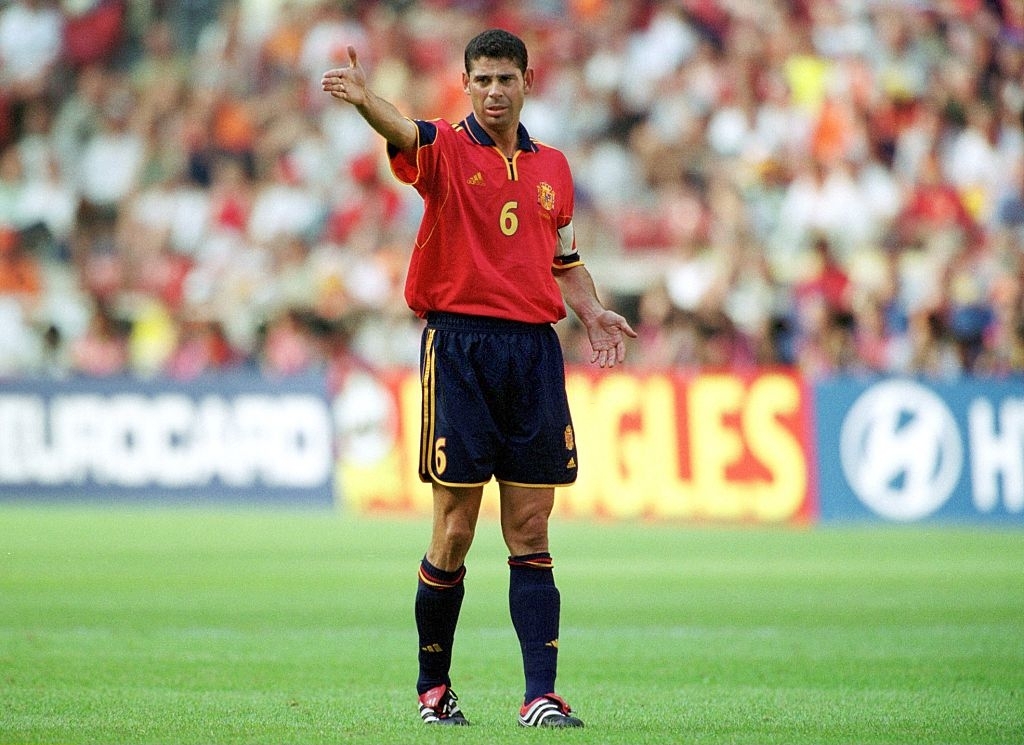 This is another Spanish player that played during their wilderness years. He played as a central defender and at times as a defensive midfielder. He had a glistening career at the club and  international level. However, he was not able to win a silverware for his nation.

One of the most crucial goals that Hierro scored for Spain was the winning goal against Denmark that sent Spain to the 1994 FIFA World Cup. He will be remembered for long as one of the greatest superstars to wear the La Roja jersey. 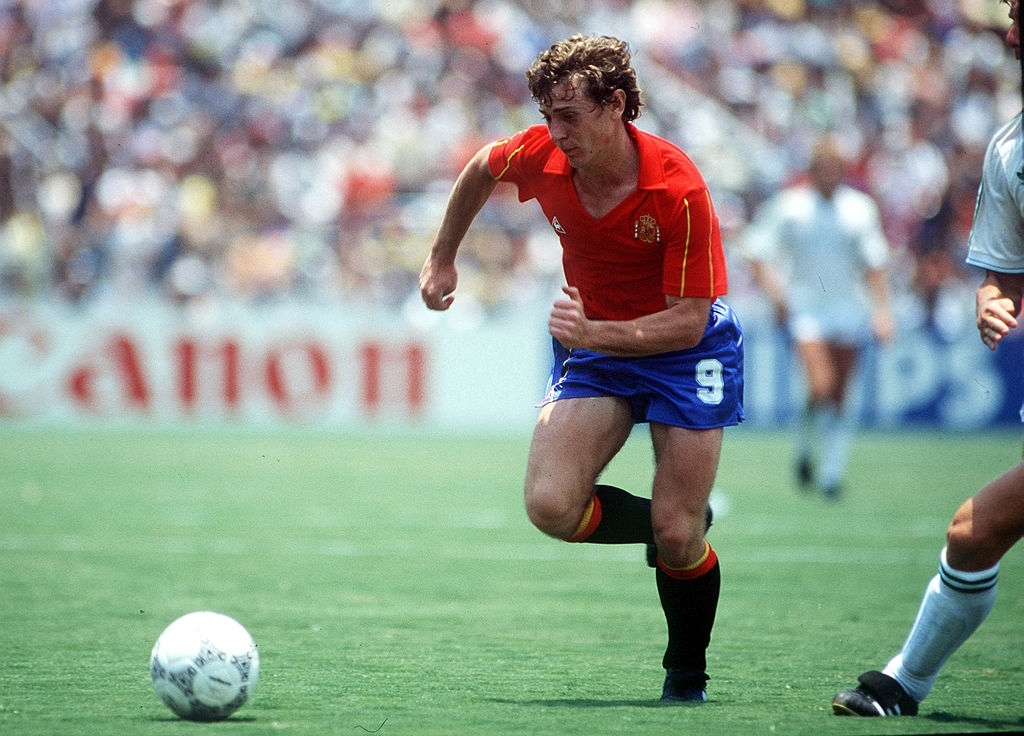 Nicknamed El Buitre, Spanish for “The Vulture”, he was a member of the legendary homegrown Real Madrid players.  Coming up through the ranks at Real Madrid, he played almost all his career at the Spanish capital club. Playing a total of 341 games and scoring 123 goals in 12 seasons spent at the Bernabeu, undoubtedly he holds an iconic status. With all his brilliance in club football, his only achievement with the national team is the silver medal that he won at the 1984 UEFA European Championship.

He won 69 caps with the Spanish national team and scored 26 goals. His most outstanding performance with the national set-up is scoring four goals in the round of 16 tie win against Denmark in the 1986 World Cup tournament. Therefore, he finds his way into the 10 greatest Spanish footballers of all time. 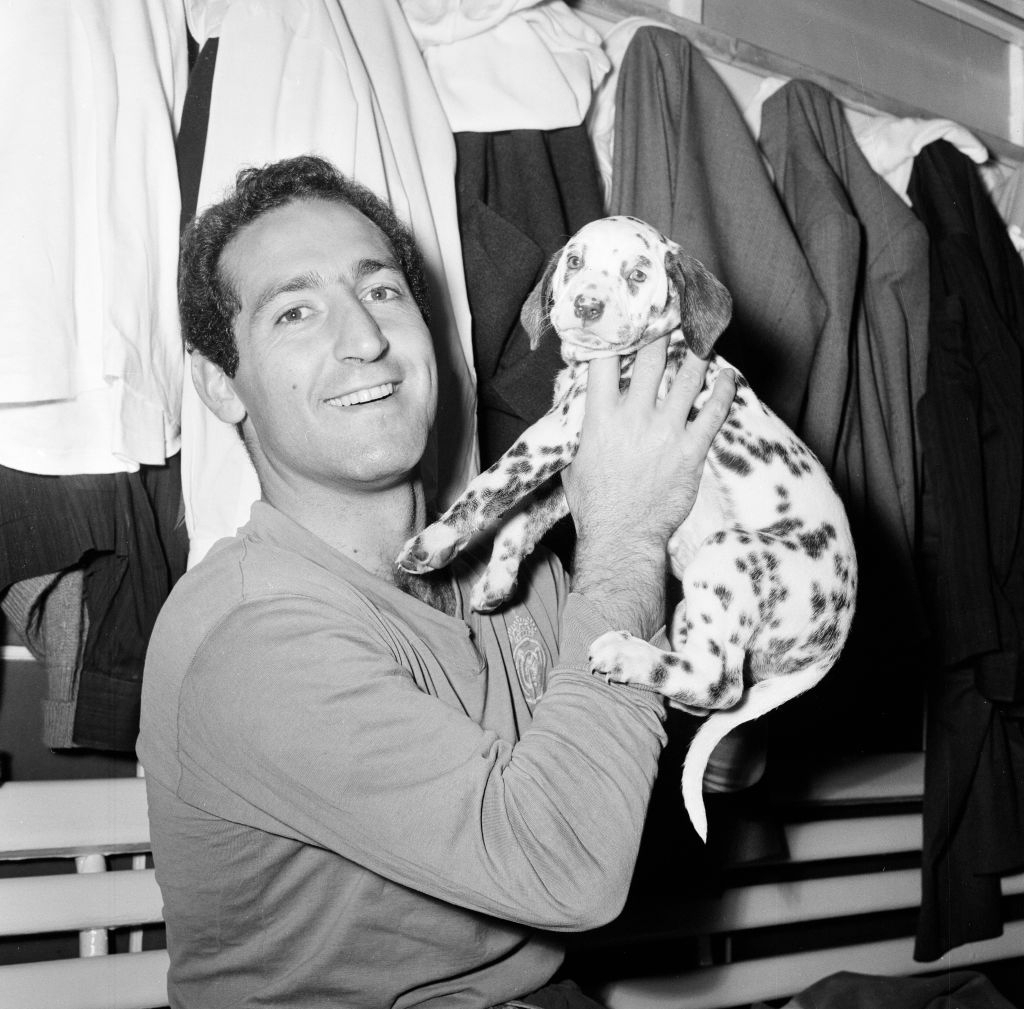 Francesco Gento is highly regarded as one of the greatest Spanish players in his position as a left-winger. Known for his pace, strength, vision, and technical ability, he was a capable assist provider and a great goal-scoring threat, especially because of his ability to shoot from a distance.

He started his career with Real Santander in1952, before moving to Real Madrid the following season. He stayed at Madrid for a long time, winning a record six European Cup, and 12 La Liga titles during his time in the Spanish capital.

With all these glistening distinctions in the club football phase, he never did have a very bright outing with the national team. He played with the Spanish national team from 1955 to 1969, winning 43 caps and scoring a paltry 5 goals. Although his international contribution does not justify his abilities, yet he is one of the greatest Spanish players ever. 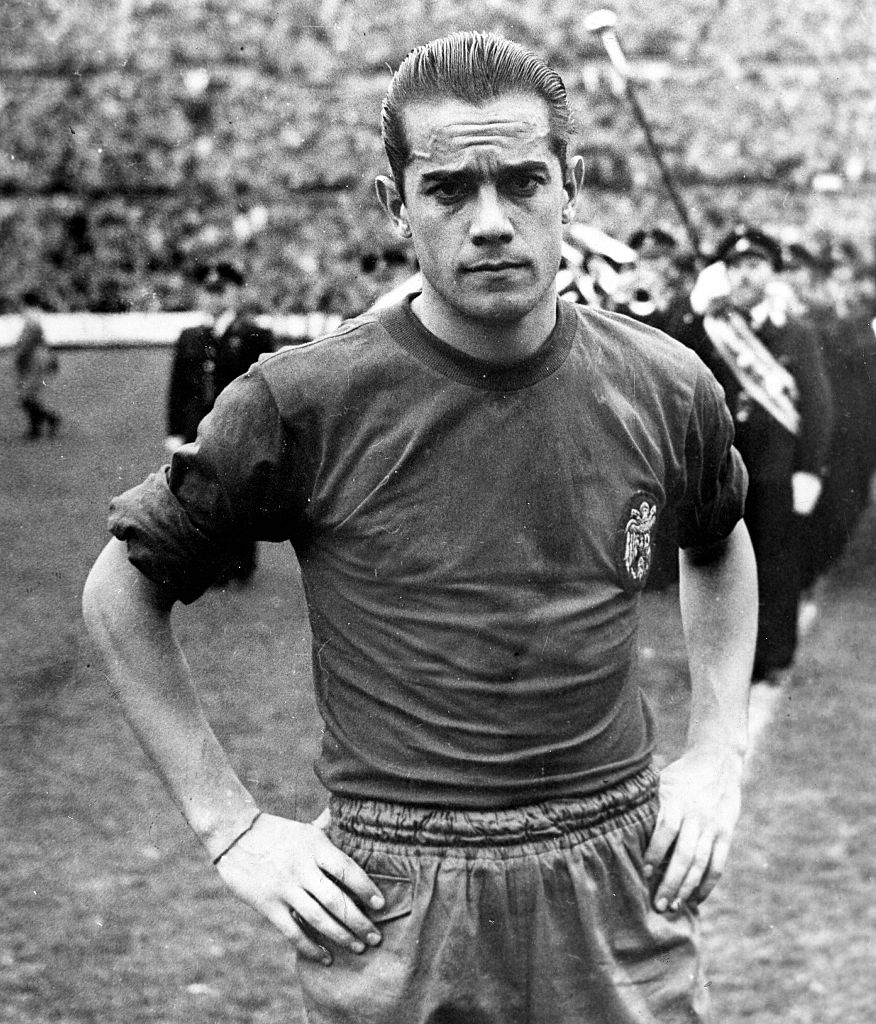 Startled by the name? Yes, indeed a resemblance in the name could be traced. However, we are talking about the Spanish Suarez.

Nicknamed El Arquitecto, Luis Suarez Miramontes did star for Barcelona, but it was in 1960. When he was voted the European Footballer of the Year, Internazionale handed him a record £142,000 transfer fee. Suarez used to be a play-maker and his unidirectional passes are much talked about.

He played most of his senior club career with Barca and Inter, winning tons of trophies. At the international stage, he won 32 caps with the national set-up, scoring 14 goals. His most outstanding achievement with the national team is winning the 1864 European Championship. As a result he is in the list of 10 greatest Spanish footballers of all time. 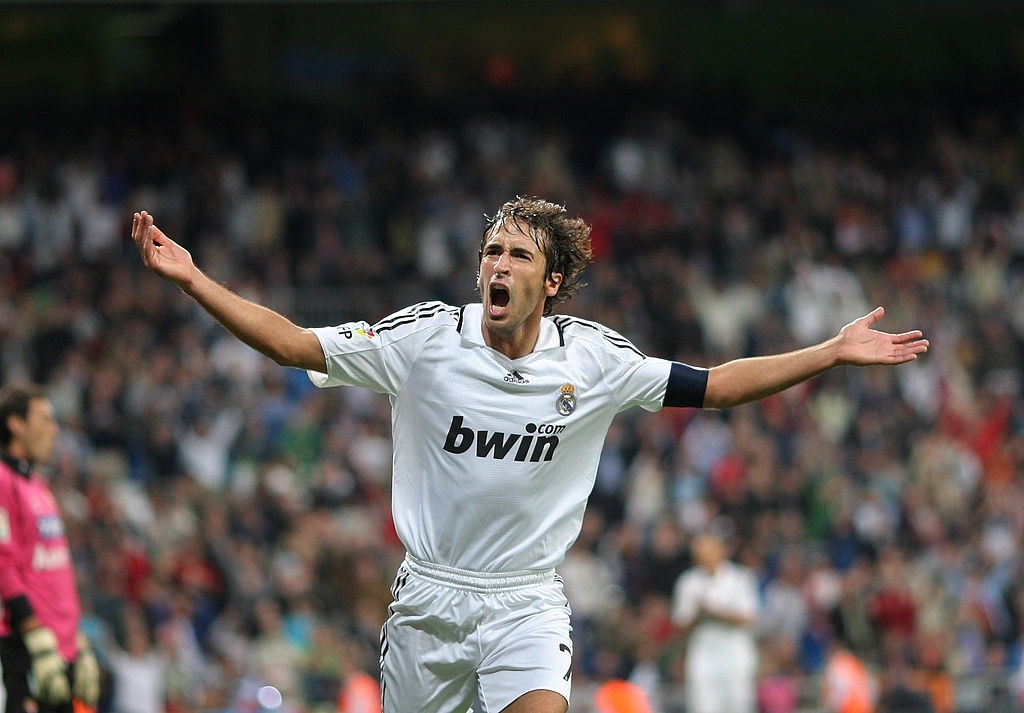 Raul is regarded as one of the most important players in Real Madrid history and one of the greatest Spanish players ever. He is Real Madrid’s third top scorer and also has the most appearances for the club with 741 appearances.

He played most of his senior football career at the Santiago Bernabeu. Success chased him throughout as he clinched 6 La Liga titles and 3 UEFA Champions League trophies apart from other accolades.

Although he did not win any major title with the national set-up. Scoring a record 44 goals, he held the top scorer spot before being surpassed by David Villa in 2011. 32 of them came in major tournaments out of which 6 were from the finals. 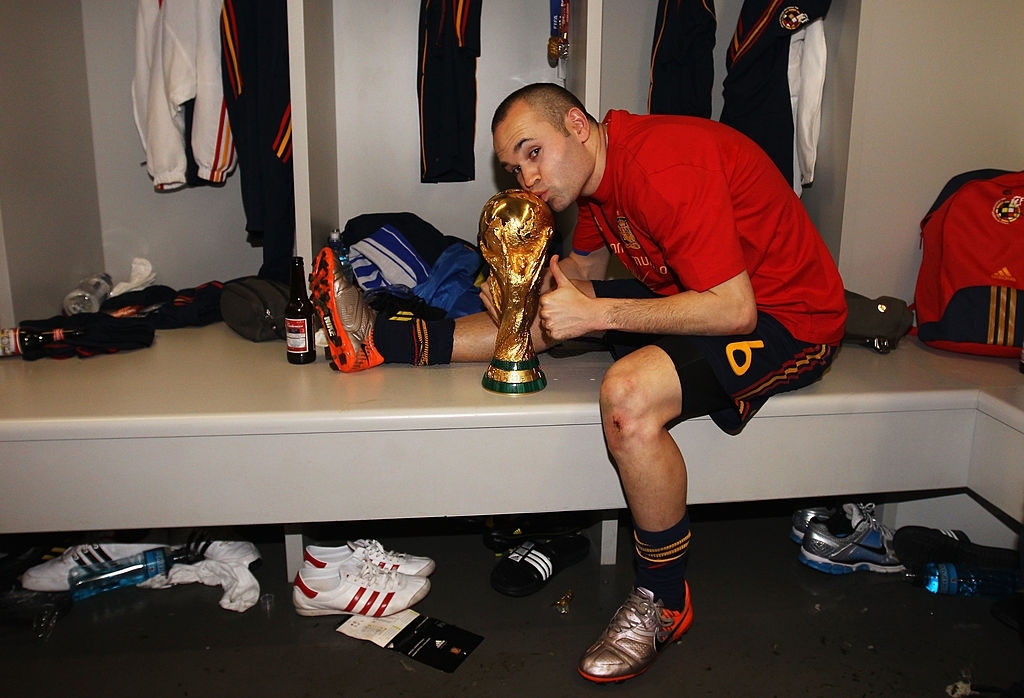 After coming through the La Masia Academy, Iniesta played most of his football career at Barcelona. He was considered to be one of the best players of his generation and one of the greatest midfielders ever. Having played an impressive 442 games and scoring 35 goals he is one of the finest the world has seen.

Iniesta is more than just a player. At the national team set up, he was an integral member of the team that won the 2008 and 2012 UEFA Euros and the 2010 FIFA World Cup. The solo scorer in the 2010 World Cup Iniesta’s late strike helped Spain defeat the Dutch and take the cup home.

He was even nicknamed “The Brain (El Cerebro)” and “The Illusionist (El Ilusionista)” for his ability and willingness to play anywhere on the pitch. He is well known for his intelligent passes, intuition to control the midfield, and creating chances for teammates. He was also being praised for his partnership with Xavi, his former Barca teammate. 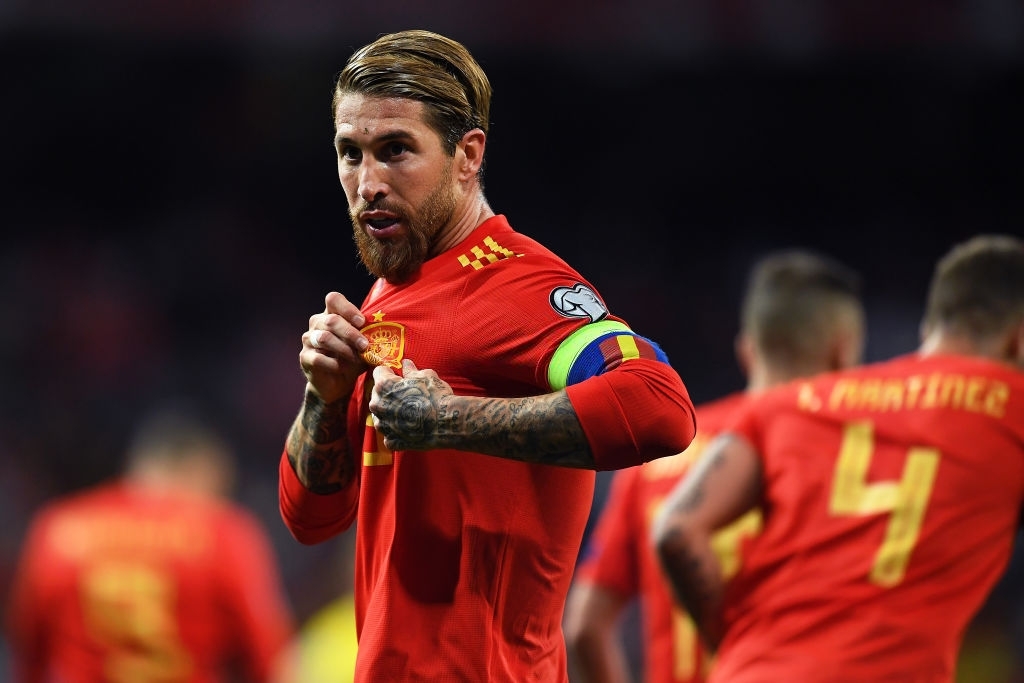 A highly reputed center-back, Sergio Ramos is the captain of the current Spanish national team and his club, Real Madrid. He is regarded as one of the greatest defenders of his generation and he has been at the top of the game for almost a decade.

He played through the youth ranks at Sevilla and played for the club for a while before moving to Real Madrid in 2005. At Madrid, he had won 4 La Liga titles and 4 UEFA Champions League trophies with the Spanish giants.

In the national team, Ramos holds the record for the most appearances and is the tenth highest goal scorer for his country. Ramos starred for the national side at the age of 18 years and 361 days, making him the youngest player to play for the country in the last 55 years.

Also was a part of the national contingent that won the 2008 and 2012 UEFA Euros. Playing every minute of the World Cup-winning tournament of 2010, he helped keep five clean sheets in Spain’s run to the triumph. 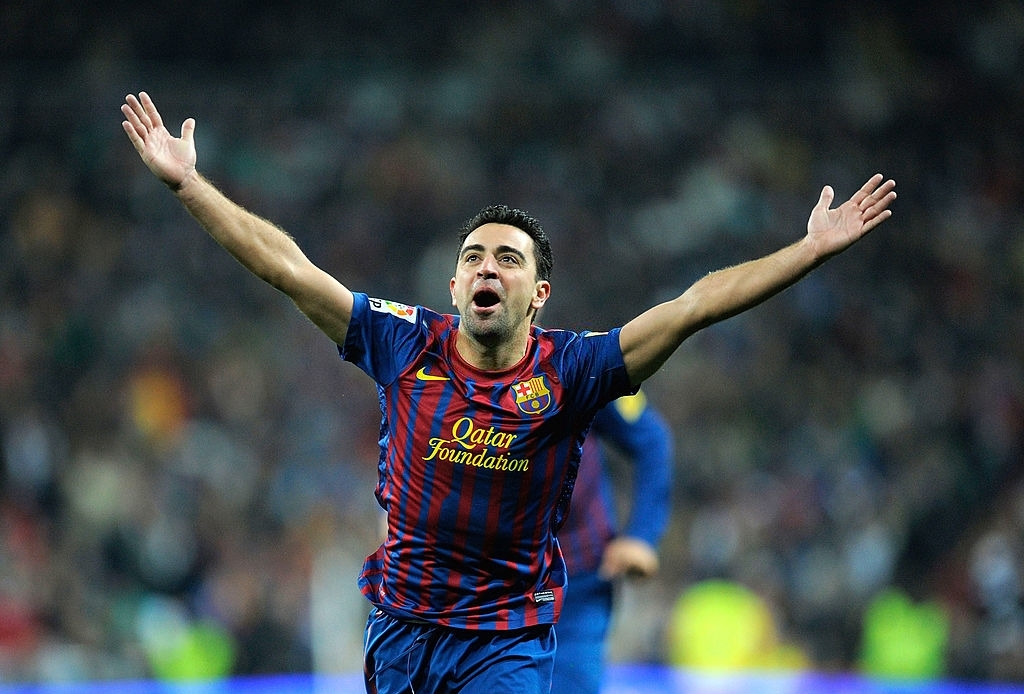 Considered by many as the greatest Spanish football player ever, he is the real incarnation of the tiki-taka style of play. Having graduated from the famous La Masia academy of Barcelona, he played almost his entire career at the club. Amassing an amazing 505 appearances for the club and scoring 58 goals, he stands out as one of the finest ever to grace the game.

With the Spanish national team, Xavi was a member of the team that won a silver medal at the 2000 Olympics. The 2010 World Cup was Xavi’s canvas in which he painted his skills.

He also won the 2008 and 2012 European Championships with them,registering two assists in the final of the 2012 UEFA Euros. 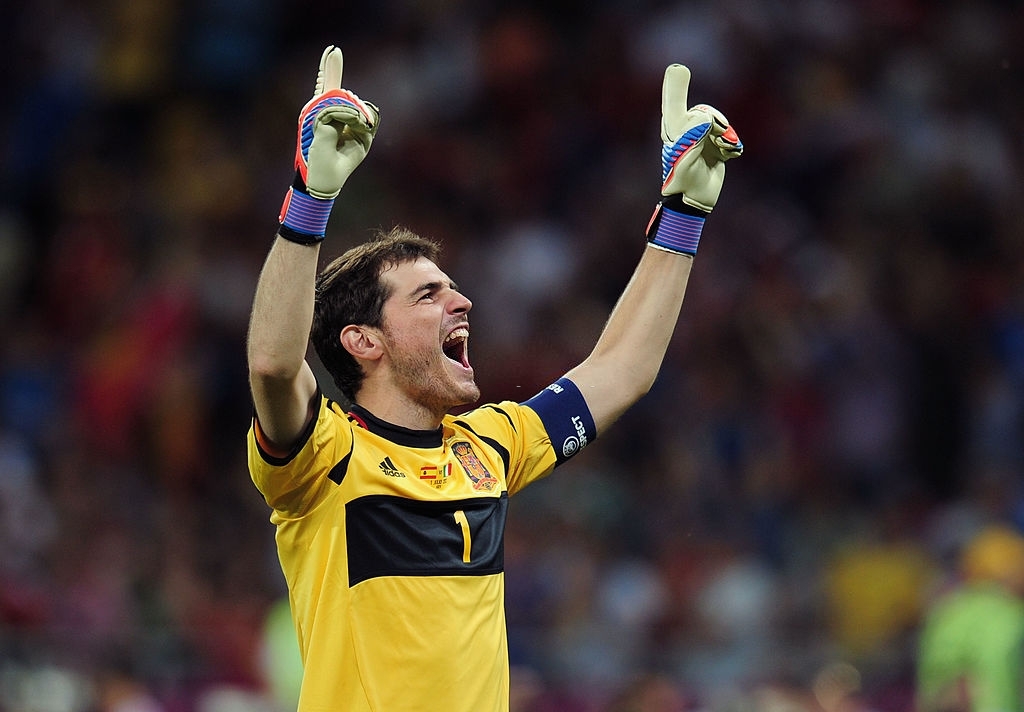 This name is one that many would’ve been anticipating to see. Known for his outstanding shot-stopping ability, pace, and quick reactions, Casillas is considered to be the greatest goalkeeper ever. He was even nicknamed “san Iker (Saint Iker)” for his spectacular saves in football matches.

Holds the record of being the second most appearing player for Real Madrid after amassing 725 appearances. Coming through the youth ranks at Real and remained with the club for about 16 years.

Spain’s celestial success in the consecutive European Cups and the World cup came through his hands.  From his exploits for club and country, he had won all major titles for which he was eligible. Without a doubt, he’s the greatest footballer in the history of Spanish football.