The 10 Most Famous Brothers In Football History 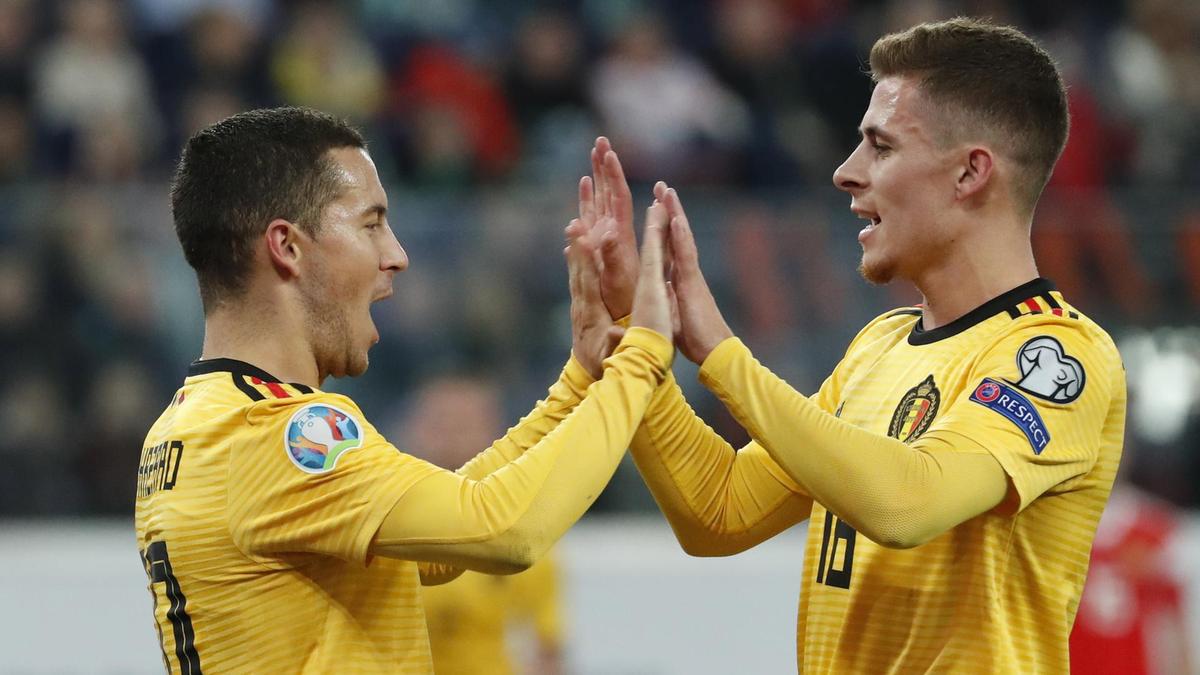 Siblings are a blessing people say – A brother or sister to share the plays, the chores, and many other things around the house. It is indeed wonderful when both of you share the same interests and hobbies – like playing football. Indeed there are some famous brothers in football.

When you have an older sibling playing football, it is a gift. Not only can he teach you everything he knows, but also he helps you in achieving your goals.

There have been many brothers in world football who have come to play at the world’s biggest stage. Some have played together, and some have even played against each other.

Here, after much deliberation, we have compiled a list for the top 10 most famous brothers in football. Take a look at them below –

The Hazard name is very famous in world football. Most of this fame is associated with Belgium’s National Team Captain, Eden Hazard. Most people are not aware of the fact that there is another of him who also plays football.

Thorgan Hazard plays for the German club Borussia Dortmund. In contrast, his elder brother, Eden, plays for Spanish giants, Real Madrid, after some successful years at Chelsea Football Club. Their parents and were professional football players. Eden and his three brothers have followed in their parents’ footsteps.

Their mother, Carine, played as a striker for the Belgian Women’s First Division and retired when she was three months pregnant with Eden. Their father, Thierry, was a defensive midfielder for the Belgian Second Division team, La Louviere.

There are two more brothers of the Hazards, Kylian and Ethan. Kylian played for his brother’s club Chelsea, before joining Cercle Brugge in 2019. Ethan plays in the youth academy of Tubize like his elder brothers did.

When you are searching for brothers who went on to become great football players for their country, you’ll definitely come across the Laudrup brothers.

The older brother, Michael, was awarded the Golden Player of Denmark, recognized as the Danish FA’s best Danish Player in the last 50 years. Meanwhile, the younger brother, Brian, was the Danish Footballer of the Year a record four times. These two brothers have an impressive trophy cabinet comprising two Serie A titles, including two UEFA Champions League, five La Liga titles.

As members of Denmark’s national team, the Laudrups were able to win the 1992 UEFA Euros and the 1995 FIFA Confederations Cup. Both brothers won the latter while the former was won only with the younger brother.

The Koeman brothers are up next in this list. The younger of the two, Ronald is the most prominent one, having played in a variety of top European clubs (like Barcelona and Ajax) and putting in a stellar performance.

The older brother, Erwin though played his entire football career in the Netherlands, with Groningen, Mechelen, and PSV. The two brothers were members of the Netherlands team-up that won the 1988 UEFA European Championship.

Erwin was the former head coach of the Oman National team while Ronald has been managing the Netherlands national team since 2018.

Their father, Martin Koeman, was also a defender for the Dutch side, playing only one match for the country.

These brothers are a graduate of the famous Manchester United Youth Academy, even a member of the outstanding Class of ’92. One of their most impressive achievements is they were both integral members of Sir Alex Ferguson‘s days at Old Trafford.

Although Gary did recoil into his shell during the latter part of his career, the two brothers have an impressive CV. Together, they share a collective eight Premier League titles (although Phil only had 6), three FA Cups, two League Cups (none for Phil), and two Champions League trophies.

Gary played his entire career at Manchester United. At the same time, his brother, Phil, started with the Reds but left to play at Everton in his later years in football.

The brothers play for two different national sides – Thiago plays for Spain, while Rafinha decided to play for Brazil. The two brothers came through the youth ranks at Barcelona, before Thiago agreed to part ways with the Catalans to join Bayern Munich. At the same time, Rafinha stayed back with Barca, spending loan spells at Celta Vigo and Internazionale.

Being the sons of a former Brazil international, Mazinho, the younger brother, Rafinha, gave his allegiance to their father’s country after playing for Spain at the youth level. At the same time, Thiago remained with the Spanish setup.

The two brothers are successful in their football career, especially at the club level, with a lot of trophies to show for their proceeds from the field of play. With several La Liga and Bundesliga titles, two UEFA Champions League trophies each, one Olympic Gold (Rafinha), these brothers are truly inspiring.

The first set of African superstars to feature on the list is another set of brothers who have hitchhiked into football’s biggest platforms. They have tasted success with their respective clubs as well as their national team. The brothers were teammates at Manchester City for a while before the older brother, Kolo, packed his bags and headed to Liverpool. But they also play for the same national side, Ivory Coast.
Yaya is relatively successful than his elder brother when it comes to being named African Footballer of The Year four times consecutively. The older brother was successful as a member of the Arsenal’s Invincibles‘ team in 2004. Both brothers helped Manchester City win the Premier League title in 2012, 44 years after the club had last won the title.
Together, the brothers have won the Africa Cup of Nations with their national side, Ivory Coast in 2015. Besides being one of the most recognized sets of brothers in African football, they rank among the most successful ones when it comes to their achievements at club and international levels.

This set of brothers played football together for a while in the same team at the Italian side—Parma, where the younger brother, Paolo, went to join his older brother in 1999.

Paolo, on the other hand, helped Verona reached the semi-finals of the UEFA Cup in 2005, helped Napoli gained promotion to Serie A in 2006, and qualify them for the UEFA Cup in 2008 and the UEFA Champions League in 2011. He even won the Copa Italia with Napoli in 2012 to hand the club its first trophy in 20 years

These twins played together for a long time, even at different clubs, including at Ajax, Barcelona, Rangers, Al – Rayyan, and Al – Shamal. They are one of the most popular sets of football brothers on this list.

The few trophies they won with their teams individually are – Frank won the KNVB Cup with Ajax in 1993, The UEFA Cup in 1992. The trophies Ronald won with Rangers – the Scottish Premier League, the Scottish Cup, and the Scottish League Cup.

Frank is the coach of Atlanta United, whereas Ronald previously acted as the assistant coach of the Qatar U-23 team.

Up next is another set of brothers who swore allegiance to different national sides – while Jerome plays for Germany, Kevin – Prince played for Ghana. They hold the record for the brothers to play against each other at a World Cup tournament, when Jerome’s Germany lost 1 – 0 to Kevin – Price’s Ghana at the 2010 World Cup in South Africa.

Kevin – Prince, is a dynamic player. He plays in a lot of positions, from a box – to – box or attacking midfielder, a false–att attacking midfielder, or as a second striker a winger. Jerome, on the other hand, is primarily a center – back, but can also be deployed at the right-back position.

The two brothers have an impressive trophy cabinet; Kevin – Prince has a Serie A title from his proceeds with AC Milan, and a La Liga title from Barcelona. Meanwhile, Jerome has 7 Bundesliga titles, a UEFA Champions League trophy, UEFA Super Cup, and FIFA Club World Cup with Bayern Munich, among other honors. Jerome also had a FIFA World cup trophy with Germany in 2014.

When talking about legendary football brothers, these two top our list. It has been said that the English team is a serial underachiever when it comes to the international stage. Still, their 1966 exploits can’t be forgotten.

These two brothers were members of that trophy-winning set up that landed the FIFA World Cup for England in 1966. Bobby is a legend in the football world for being the first English player to win the Ballon d’Or. He helped to land the European Cup for Manchester United, making the Manchester club the first English team to win the trophy.

Jack won the First Division title, the FA Cup, the League Cup, and the Charity Shield with Leeds. It is nice that they both concluded their football careers on proper terms claiming many trophies and, most importantly, the FIFA World Cup.