10 reasons to love Wrestling over MMA 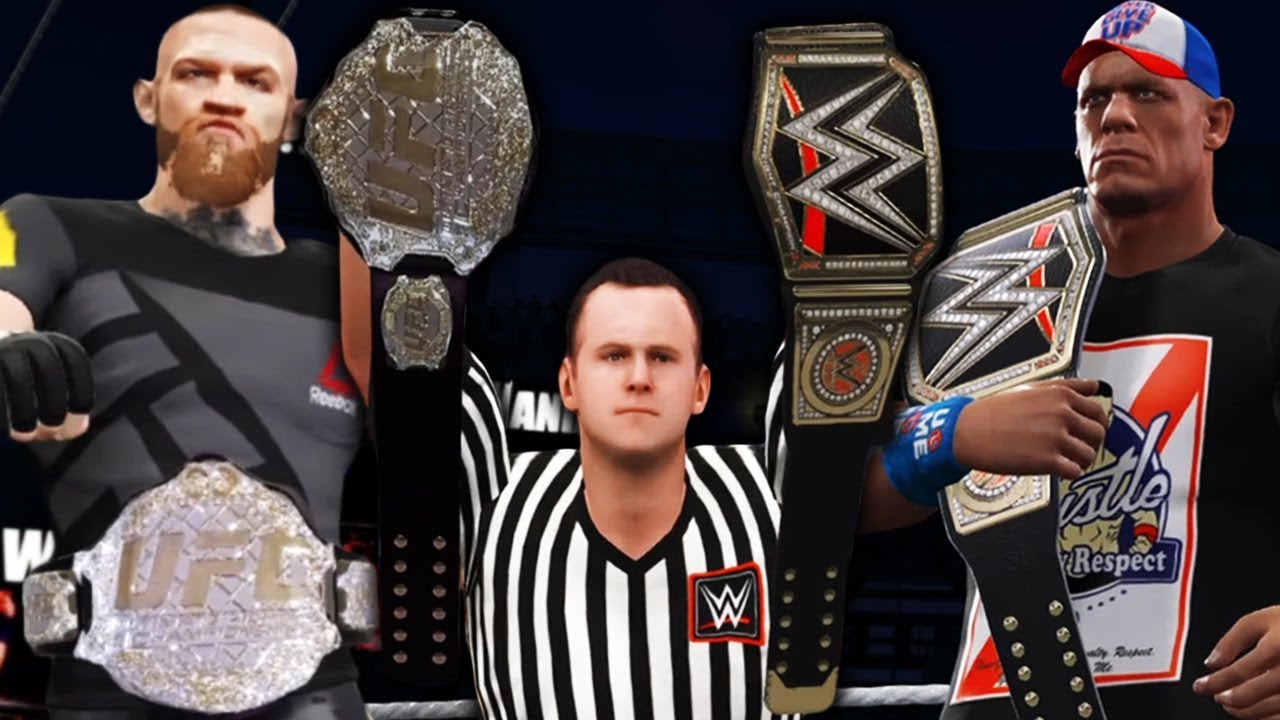 There have been a lot of arguments among the fans of both WWE and MMA about which is the best between the two. Before this piece will weigh in on the argument, let us first look at ways in which both sports appear similar.

Firstly, both WWE and MMA are sports that involve the use of brute force-grappling and strikes-to hack down opponents and hold them down to submission.

However, while MMA uses actual fights, yes, real fights where you have to depend on your strength, skills, determination, and grit to attain the winner status, WWE, on the other hand, will only ask you to perform in a scripted piece-where the outcome of the “fight” will have been pre-determined.

Even with the slight difference between the two sports, there have been many athletes who have participated in both competitions – the most prominent ones being Brock Lesnar, Bobby Lashley, Ken Shamrock and Ronda “The Rowdy One” Rousey.

Even with the cross-participation, the fans of either sport continue to call out the fans of the other on which is better. This piece is going to weigh in on the argument and will, to some extent, tilt the bar towards the WWE, looking at some impressive aspects that give WWE more preference over MMA:

When you are a fan of the MMA, all you will see is the referee observing the athletes critically and closely – watching out for anyone who wants to cut corners or trying to blatantly cheat to win., This, to some people, is boring.

In WWE though, there are times when the referee is supposed to be counting the pin but would be busy fighting the managers of the athlete or just stumbling around and not necessarily minding what is going on in the ring.

This allows the wrestlers the freedom to take the bull by the horn and, maybe, cheat, which no one will give a hoot about. This makes WWE more interesting, as you don’t know what type of cheating technique that will be employed right in front of the referee.

In the MMA, all you could use is your fists and legs, maybe adding your skill and strength to get the win, which tends to get boring at some points in time. But with WWE, anything can as well be used as weapons – most popularly, a folding chair.

The most interesting side to this part of the argument is seeing an opponent beating the daylight out of a champion with his/her BELT. Now that is what is called a think-out-of-the-box fight.

Whenever the MMA wants to try something similar, they will just put simple weapons, like a wrench or some random lamp, around the octagon. WWE will not really give or provide the weapons to the wrestlers but will not stop them from using anything they could lay their hands on as wrestling. Second thumbs up, WWE!

Well, actually, this does not really have that much of a difference but, it sure does to the fans. Who, among the fans of MMA wouldn’t want to see Dana White get down in the dirt and enter the octagon with his athletes and dig it out?

That’s what the CEO of WWE does – he gets dressed, gets in the ring with his fighters and fights it out. Although it was most of the time, cameo appearances, those shows always mean a lot to the fans. And maybe to the players too, who knows?

That kind of commitment from Vince McMahon is what sets the WWE world apart from the MMA. The CEO of the company taking to the ring to perform and even going the extra mile to entertain the fans is worth more than it appears.

Have you ever thought of seeing, maybe Cristiano Ronaldo, Lionel Messi, or maybe Neymar in a playful duel in the octagon against one of the top stars in MMA? You might be forced to argue that any of those three, or maybe all three together would not even spend five minutes in the octagon before getting all the bones in their bodies broken into pieces.

Well, sorry, MMA fans. You’ve been missing out on a very exciting spectacle for long because that is what WWE fans are being treated to now and then and it definitely brings a special feeling.

Although, maybe not any of those three, there have been matches that have involved Wayne Rooney, Floyd Mayweather, Mike Tyson, Arnold Schwarzenegger, and most recently, Tyson Fury in the WWE and all these stars treated fans to very interesting and exciting matches.

Here’s a question to MMA fans, can you please describe your stars in the octagon. Two athletes donning shorts, gloves and bare-footed! Can you envisage how boring that would appear to WWE fans?

The fans of WWE are treated to their stars coming onto the stage with all sorts of paraphernalia-suits, jackets, cowboy hats, boots, denim, sunglasses-you name it. On the ring proper, they could wear anything they so wish, including masks, if it tickles their fancies and makes the fans go wild.

At the very least, the MMA guys could do with a little wardrobe change, especially when they were being introduced onto the stage, and on the stage proper, they could wear whatever the game rules want.

In both competitions, the venue is almost always the same-the octagon for MMA fighters and the ring for WWE wrestlers, but sometimes, WWE spice things up by introducing a cage-like structure in their ring and this increase the thrill of the fans.

It is always laughable too when you see an athlete in MMA scurrying away from a fight after scaling the cage. Do you know why such cannot happen with the WWE? Their cages always have a roof-and you can’t run off from a cage that is roofed, right?

Furthermore, all MMA fighters have to do at all times is to beat the opponent-at every time. This is not so with WWE. There are instances when you’ll have to get to the top of a ladder to grab the belt before you’re crowned the champion and all these varieties are what make WWE more interesting and exciting than MMA.

Do you remember that Anthony Pettis’ kick off the wall? When the kick was made, the announcer only said it as if it was just one of those things we see every day in the MMA-which, most probably it was.

Now imagine that it was one of the announcers at WWE was the one commenting the day the kick was made, it is sure that you’ll still; be hearing his shouts in your head right now, as he’s yelling his head off in praise of the kick.

It’s not like overhyping is something good, but when it comes to sportscasting, it should be. You need to let your spectators know that you were as bewildered as they were at some things, even when you weren’t.

But our MMA guys are just too professional when it comes to those things which, in the long run, will become boring because the fans have been hearing almost the same phrase over and over again.

#3. Wrestlers Get The Mic

What do we see with our MMA stars? They just get into the octagon, square off against their opponents, fight till the sweat is dripping from their faces, win and the next day; they are doing it all over again. That will get boring sometimes.

In WWE, on the other hand, the wrestler gets in on the action of the announcer, grabs the mic from the announcer once in a while, and rant as much as he can. He can even send the crowd wild with his speech.

If he thinks his opponent has lice, or he believes he can break every bone in the body of all grown men in the city he’s in, the wrestler will not shy away from telling them. That’s more like it. Isn’t it?

A lot of WWE stars have become household names and big stars on the Hollywood scene. And where does this knack for acting starts from? WWE! There is Andre the Giant, Hulk Hogan, The Rock, and maybe, to some extent, John Cena.

They realized they have the potential to act and took the steps needed, starting their flourishing careers from WWE. What about those guys in MMA? All they know how to do is to punch, grapple and pin their opponents-no role-play, no showcasing, no acting, nothing!

If you know you have a knack for grappling with opponents and have a thing for role-playing, your calling is definitely with WWE; MMA is just for the more serious and more talented fighters.

WWE is scripted, hence most of the things we see, both on the stage and from our TV sets are planned for our maximum enjoyment. That allows the company more room for creativity in its attempt to provide top-notch entertainment to the fans.

The team behind the brain works of the company, the WWE Creative, has been giving us interesting storylines, nerve-pulling suspense, top-level feuds and so much more for many years to keep us engaged.

On the other hand, MMA lacks behind in this regard as it doesn’t afford the same level of creativity. That is another reason to give the nod to WWE when it comes to comparing the two against each other.