How much do you know about the soccer match that ignited a riot? 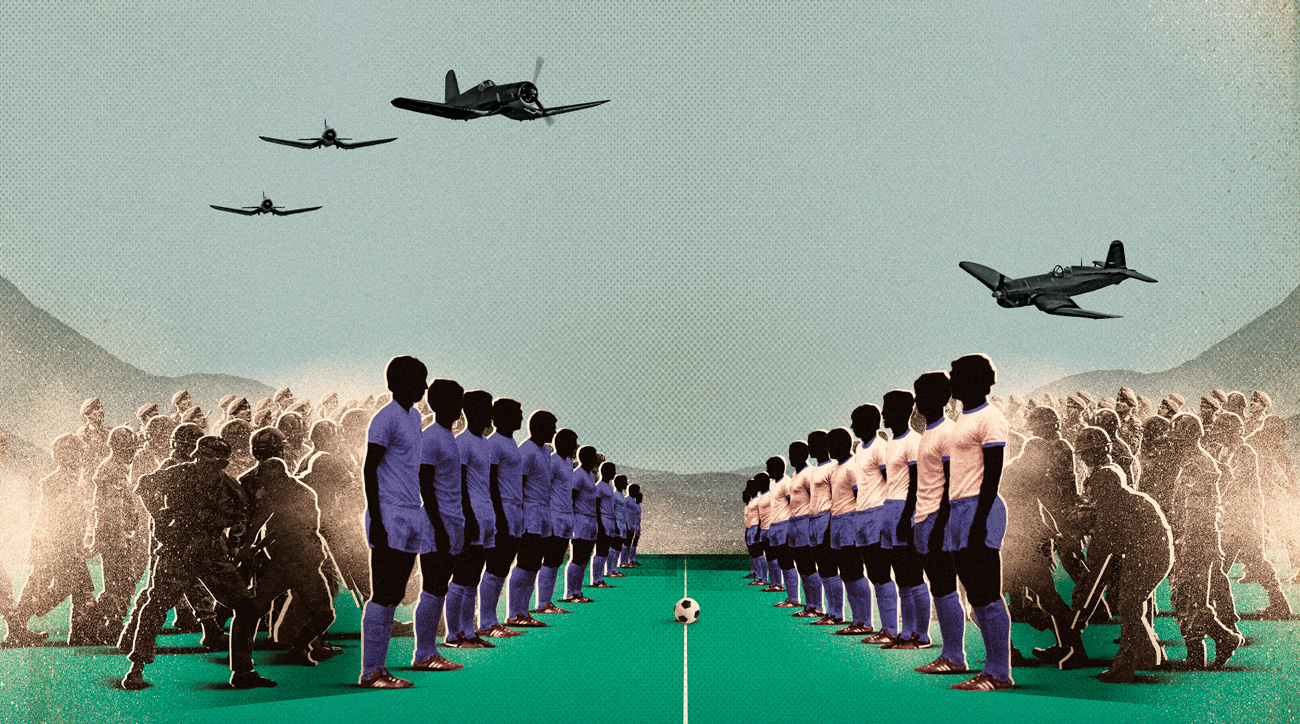 You might have heard about the war of soccer or as the Spaniards call it, La guerra del fútbol. The name ‘Soccer War’ suggests a conflict or riot during a football match. But the causes of the war are beyond football. The war was actually a product of the existing tensions that were already existing between the two countries involved – Honduras and El Salvador. Football is a beautiful game, a combination of sport and theater, one that elicits a lot of intense emotions. With football comes a lot of emotional investment. But football can also be a platform for political unrest. The ‘Soccer War‘ you’ll be learning more about in this article is evidence of that.

Buildup to the war 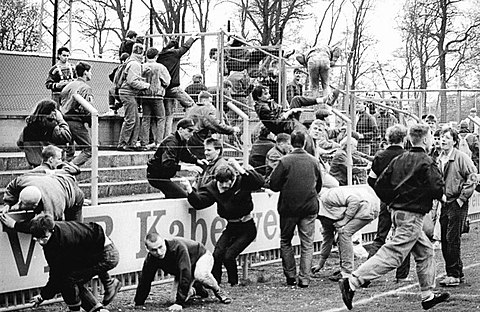 As I said earlier, there were existing tensions between Honduras and El Salvador. The tensions would begin to manifest when both countries met in a two-leg 1970 FIFA World Cup qualifier in June 1969.

Neither Honduras nor El Salvador has played in the world cup before and both countries were eager to secure a place in the 1970 World cup. The first game took place at Tegucigalpa, the capital of Honduras, on 8 June, 1969 and there was fighting between fans. Honduras won the game 1-0. Onto the second game.

The second game took place on 15 June 1969 in San Salvador, the capital city of El Salvador. There was more fighting and violence in the second match. Violence marred both matches and a third match was organized, one that will finally decide which country will go to the world cup. It was obvious the third match couldn’t take place in either Honduras or El Salvador and as such, a neural ground was needed. As a result, the third match was scheduled to take place in Mexico City.

The playoff took place on 27 June 1969. And it was on that day El Salvador broke all diplomatic ties with Honduras. The reason given by El Salvador is that 11,700 of her citizens have been forced out of Honduras due to oppression, rape, plundering and mass expulsion since the second world cup qualifier match and that Honduras have done nothing to prevent it or punish those involved. As a result, El Salvador saw no reason to maintain relations with Honduras.

The D-day finally came. Both countries clashed for the third time in as many weeks at the Azteca Stadium in Mexico City. Neither country wanted to lose this match and the scoreline was 2-2 after 90 minutes. Therefore, the match went into extra time.

But El Salvador’s Mauricio “Pipo” Rodríguez ensured the match didn’t go into penalties as he met a cross and put the ball past Honduran goalkeeper Jaime Varela in the 11th minute of extra time. El Salvador held on to win 3-2. The players celebrated and that was supposed to be the end of it. Except that both countries went to war in three weeks time.

Rodriguez, speaking about the match 50 years later, said he was confident his goal would win the match for El Salvador as there wasn’t much time left. He also said he and teammates felt they had a patriotic duty to win but they never knew the win would be used as a symbol of war.

“When I scored the goal, I thought it’s not possible with so little time left for them to draw with us,” Rodríguez, who is now over 70-years-old, was quoted as saying by BBC News. “I was sure with that goal we would win. We felt we had a patriotic duty to win for El Salvador. I think we were all afraid of losing, because in those circumstances it would have been a dishonour that followed us for the rest of our lives.”

“What we didn’t know was the significance of that win and the historical importance of that goal – that it would be used as a symbol of a war.”

However, Rodriguez was adamant that the war would have started with or without his goals as tensions between both countries have already reached boiling point.

“People abroad stigmatized it as the goal that started the war. The war would have happened with or without that goal.”

Violence when the two countries played the two qualifier matches were signs that something was brewing. Most foreigners just saw the conflict as nothing more than riot between overzealous fans. But the true political implications would soon dawn on the whole world when Salvadoran planes dropped bombs in the capital of Honduras, Tegucigalpa. The Salvadorans drew first blood, thereby declaring war on Honduras. El Salvador military then invaded Honduras and was making their way towards the Honduran capital before they met stiff resistance from the Hondurans. Honduras conscripted civilians into the military and told them they had to fight to defend the national dignity. The truth is that many Honduran soldiers didn’t know what they were fighting for. The actual war lasted only four days but both sides had over 20,000 casualties, among them 6000 killed and 15,000 injured which is extreme given the duration of the war.

Roots of the war

The peasant Hondurans were not happy with the invasion of the Salvadorans as they were trying to get more land from their own elite at the time. They didn’t want the immigrants occupying their lands.

In 1962, Honduras implemented a new land reform law that gave lands illegally owned by Salvadorans to the central government and municipalities. The law gave no consideration to the claims of ownership of the Salvadorans or their immigration status. The lands were in turn distributed to native Hondurans. This law effectively expelled thousands from Salvadorans from Honduras and created problems between Salvadorans and Hondurans that were married.
At this time, there were also conflicts between the two countries over land and sea borders which includes a number of islands in the Gulf of Fonseca.

“To a very large extent this war was all about available land, too many people in too small a place, and the ruling oligarchy simply fuelling the fire in connection with the press,” said Dan Hagedorn, author of The 100 Hour War, which details the conflict.

A lot of the displaced immigrants returned home to El Salvador in thousands. The then Salvadoran President Fidel Sánchez Hernández couldn’t cope with the increasing number of immigrants coming back and the major landowners in the country were trying to protect their land.

But for Rodriguez, his goal will always be a sporting pride and he and his teammates hold their Honduran opponents in high esteem because their world cup playoff was a match played between sports rivals and not enemies.

“For me, that goal will always be a source of sporting pride. What I am sure of is that the authorities and politicians made use of our sports victory to glorify El Salvador’s image.

“Neither from the Honduras players nor from our side were the games between enemies, but between sports rivals.”

Consequence of the war

Both Honduras and El Salvador faced the consequences of the war. For one, there was a lot of casualties from both sides. About 300,000 Salvadorans were displaced and many had to leave Honduras for their own safety.
But the returning Salvadorans were not received with open arms by their government. Most of them had to fend for themselves with little or no assisitance. More Salvadorans would return home the years following the war, and the result is overpopulation and consequently poverty in El Salvador.

El Salvador suffered about 900 mostly civilian dead. Honduras lost 250 combat troops and over 2,000 civilians during the four-day war. As most of the war was fought on Honduran soil, a lot of Homdurans lost their homes. Trade between the two countries ceased, and their border was officially closed. This damaged the economies of these nations tremendously and threatened the Central American Common Market (CACM).

A major consequence of the war was the 22-year suspension of the CACM, which is a regional integration project that had been set up by the United States largely as a means of counteracting the effects of the Cuban Revolution.
One could say El Salvador suffered from the war more than Honduras. The overpopulation and extreme poverty caused by the return of many Hondurans caused a lot of social unrest in the country. The resulting social unrest was one of the causes of the Salvadoran Civil War, which followed approximately a decade later.