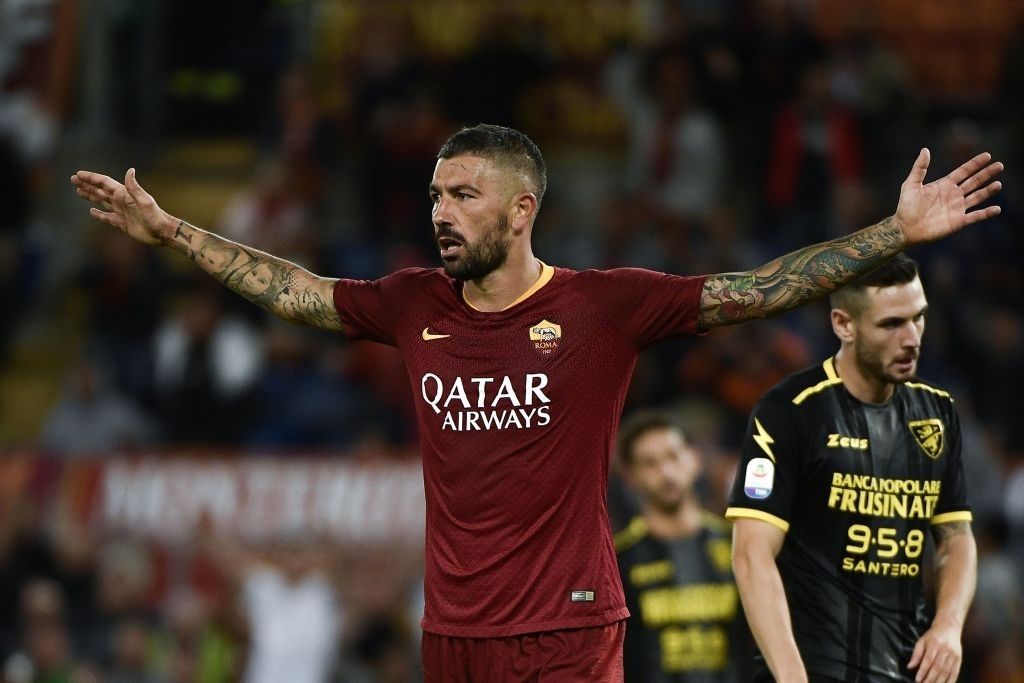 Aleksandar Kolarov is in advanced talks to sign for Inter Milan, with a transfer fee of £1.3m being negotiated for the defender.

The Serbian international is currently on the books of Serie A side AS Roma, having arrived the Italian capital from Manchester City in the summer of 2017 and since then, he has flourished at the Stadio Olimpico, with 19 goals scored and 20 assists provided in 132 appearances in all competitions.

He is particularly adept at set-piece taking and is a penalty specialist who has long been identified as a target for Antonio Conte.

The Italian manager guided Inter Milan to their best league finish in almost a decade and having lost out in the final of the Europa League, has earmarked strengthening his squad as a priority, with the club identified as a shock potential destination for Lionel Messi.

Inter Milan have been busy in the market, completing the purchases of Hakim Achraf from Real Madrid and Nico Barella from Cagliari, as they seek to consolidate on the gains made last year and mount a genuine challenge for the league title.

Reports have emerged that Roma and Inter are in advanced negotiations concerning the transfer of Aleksandar Kolarov to the San Siro, with the Nerrazurri reportedly interested in including a youth player as part of the deal.

However, given that they towed this line in the transfer of Radja Nainggolan in 2018 (sending youngster Nico Zaniolo the other way) in a move that was counterproductive, Inter are wary of being burnt again and are willing to offer a cash deal for the transfer.

Kolarov spent seven hugely successful years with Manchester City and if the deal is completed, it would continue the trend of Conte signing players with Premier League experience, with the likes of Alexis Sanchez, Romelu Lukaku, Christian Eriksen, Ashley Young, and Victor Moses already on the books.

Chelsea in talks over £50million Milan star as Kepa Arrizabalaga replacement
Thiago Silva: I want to challenge for titles with Chelsea