Alex Albon’s Journey to the Formula One Podium under the flag of Thailand in Tuscan Grand Prix; Circuit of Mugello 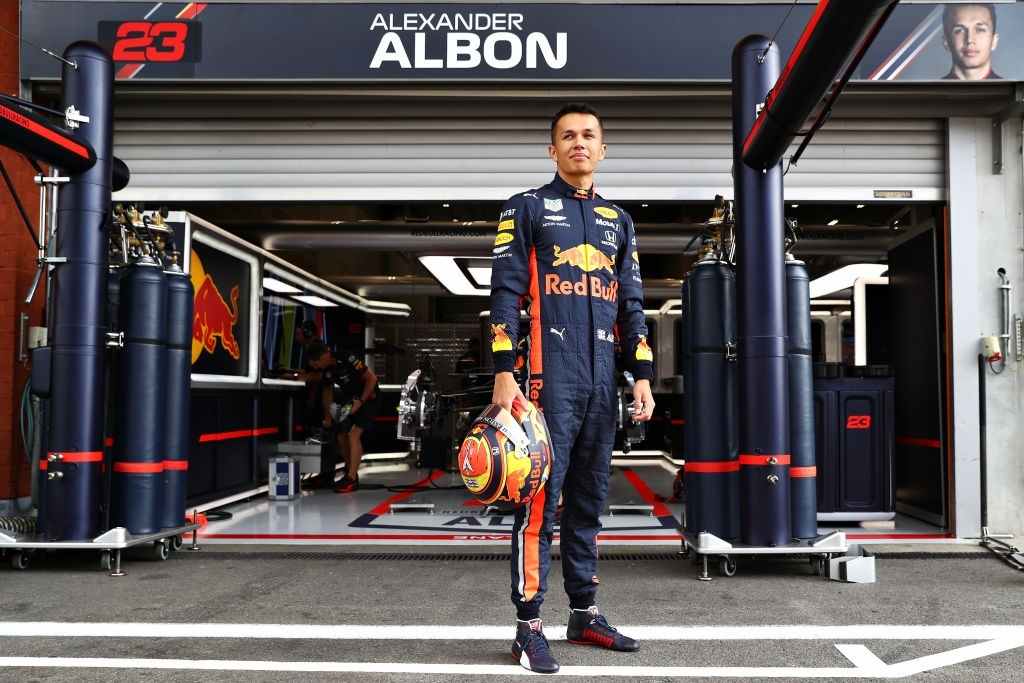 Alex Albon, the Thai motorist started his career in motorsport at a very tender age of 8 in 2005. His idol is none other than the great Michael Schumacher. He is considered to be a great racer among the present contestants in the Formula One crew.

The weekend at the Mugello circuit, Tuscan Grand Prix is considered to be one of the most ruckuses filled races in the entire Formula One era. The Red Bull driver Max Verstappen was out of the battle in the early laps leaving his teammate Alex Albon to be the only hope for the entire team to acquire the podium stand.

The 24-year-old Buddhist racer was born to mother Kankamol Albon and father Nigel Albon, who had a career in motor racing as well. Albon, born on 23rd March 1996 had a knack for racing since his early boyhood. His initial step into the racing world was through Karting that continued from 2005 to 2011. His performance in the karting world is mention-worthy.  He led his way from karting to EPIC racing in 2012 where he remained only for a single year moving up to the KTR Racing in 2013 and stayed till 2014. He was considered to be one of the most potential racers. He excelled in KTR racing as well as bagging the pole position and fastest laps in 2013, heading at the Red Bull Ring in Austria.

When Albon was interviewed about his sponsorship from the Red Bull team at his early age, he being modest said how positivity should be maintained and that he will remain hopeful to someday race for the very team in the F1 tracks.

It was written in the stars for @alex_albon ✨

That first #F1 podium must mean so much!

He started his 2015 racing in European Formula 3 and left by the end of the year after receiving a good post in the season. He joined GP3 Series in 2016 and held his head high there as well. It was assured that he had the tactics in the tip of his fingers for speeding well in the grids. His teammate was Charles Leclerc who at present time is racing for Scuderia Ferrari in Formula One.

He graduated to the Formula 2 Championship under ART in 2016. He reached his first pinnacle of a career in motor racing in this series. Moving to DAMS in 2018 and then in FORMULA E from the season end of 2018 to 2019. After which he finally had attained the seat at Formula One racing tracks.

Alex Albon in Formula One racing

He began racing in Formula One in 2019 for the Italian brand Toro Rosso and by the end of 2019, he switched into his long wished team Red Bull Racing Team. He from then has been one of the ablest racers with the high aptitude to conquer a better position in the squad. The entire F1 team is excited to have him race among them.

Through his entire career highlight what glued the eyes of people was the sense of Deja Vu of a similar event that had taken place eleven years ago. Lewis Hamilton had appreciated him with a handshake in early 2009 which again was spotted on 13th September 2020 at the Tuscan Grand Prix. Hamilton had praised and congratulated Alex Albon for acquiring the third podium stand which was his maiden trophy in Formula One racing.

Alex Albon had his star-like performance held at the Tuscan GP weekend finale.  Lagging in the early laps at position 7 for power issues in the cockpit to racing fiercely and overtake everyone to make an early show at the final lap he was brilliant throughout.  His masterstroke was when he gained upon Daniel Ricciardo and reached for the third place in the podium. The entire Red Bull team was ecstatic about his struggle to win the third podium.

The greatest of the moment was captured by the Red Bull team racer Alex Albon racing under the Thai flag. This was his chaste podium finish in his career till now. The Formula One podium showcased the flag of Thailand for the first time in eons. It is yet hoped from Alex Albon to retain his strategies and excellence towards racing and do even better in his near future. He finally thanked the entire crew by radioing how thankful he was for the support and faith his entire team bestowed upon him throughout.

The flag of Thailand appeared on an F1 podium for the first time ever on Sunday ??#TuscanGP #F1 @alex_albon pic.twitter.com/Swiz7hknAg

BEFORE YOU GO: The Tuscan Grand Prix at Mugello Circuit on 2020 was the most chaotic and crazy race witnessed in ages. Hamilton being the champ of the race

The Tuscan Grand Prix at Mugello Circuit on 2020 was the most chaotic and crazy race witnessed in ages. Hamilton being the champ of the race
Lewis Hamilton undergoing an FIA investigation after boasting the anti-racism t-shirt at Tuscan Grand Prix in protest for the Breonna Taylor incident