The Tuscan Grand Prix at Mugello Circuit on 2020 was the most chaotic and crazy race witnessed in ages. Hamilton being the champ of the race 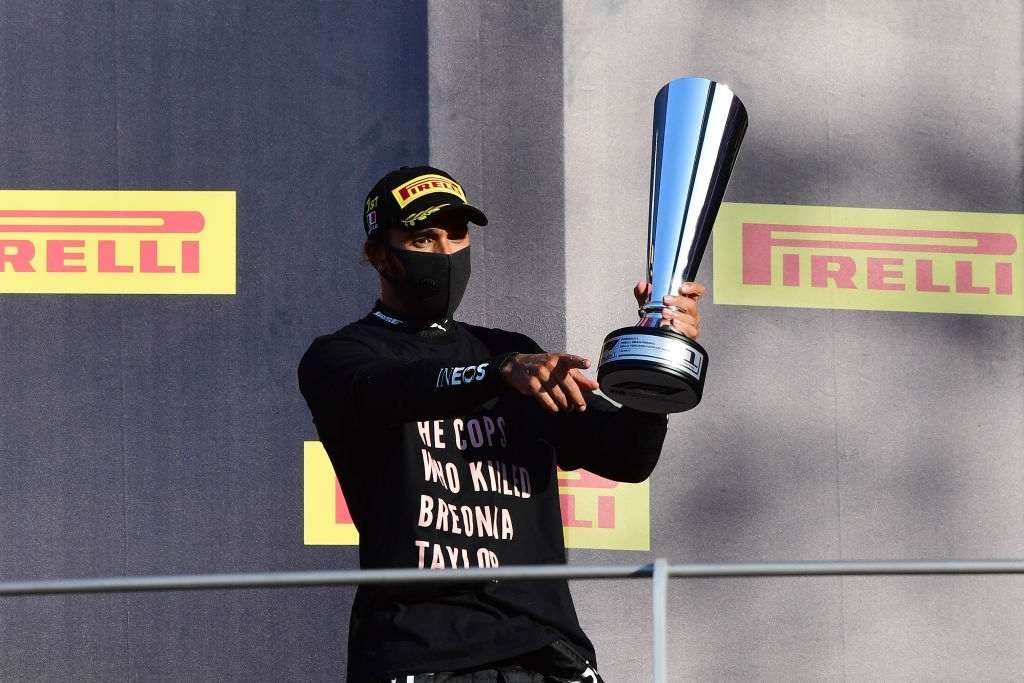 This weekend of the Tuscan Grand Prix has to be called the craziest of all races so far. Until today the Monza GP was termed as the most dramatic race but this weekend race tops all aspects of chaos, drama, craziness, and uproar.

Tuscan Grand Prix at Mugello Circuit hosted the first-ever Formula One race this weekend(11-13 September 2020). This race brought into the world the utmost blend of spice and heat. Amidst the pandemic situation, the race was staged with 3000 spectators abiding by the social distancing rules after an entire age of banning viewers on the field. This race with its nail-biting moments made it ecstatic for the spectators.

Tuscan Grand Prix set a new record for the chaos and craziness in F1 history. Three consecutive red flags in a single F1 race, Pit penalty, continuous tyre, and cockpit drama, and finally, Lewis Hamilton bagging the prize amidst all of it made the race surpass a basic weekend and amass a new level of the F1 race.

Most Dramatic and Crazy Weekend of all time

This season for F1 has been not normal with all the unusual things taking place. What caught the eyes was, two consecutive weekends in Italy had an exhibit of red flags. This weekend show had everything in extremes.

In the early lap, turn two Max Verstappen’s RB-16 spun off in the track, mining into the gravel splattering smoke and debris all over. Pierre Gasly who topped the last weekend was out of battle as well along with Max Verstappen. His machine was squeezed like a sandwich between Kimi Raikonnen and Romain Grosjean’s cockpit who trying to get out of the crisis eventually hit the RB16 knocking it off the track creating havoc in the first lap. The red flag was waved, deploying a safety car in the trail. The race restarted after the mess was cleared.

Lights out and away we go! ?

Chaos on the opening lap! ?@Max33Verstappen is OUT ❌

By the 8th Lap, the next set of collisions took place wrecking a set of car together. Magnussen’s Haas was hit from behind by the slowed-down Alfa Romeo driver Giovinazzi, creating a huge scene of smoke all over, the cars spun over to bump on the Pirelli walls. Further unseen by Carlos Sainz hit his cockpit behind the Alfa Romeo generating a crunch. The Williams driver Latifi was involved as well wrecking his car in the dreadful collision. All blinded by emission bumped on one another in the traffic jam after the restart of the race. This was one of the worst accidents in F1 history; the clash of four cars. Forming a ‘sea of debris’ on the track. The red flag was immediately waved. Safety cars were pulled out immediately, halting the race again. Investigation on the accident was on by the F1 officeholders.

Chaos was all-around in the race. The second formation of the race to begin again was set while a heavy cloud of most was sighted coming out of Lewis Hamilton’s #44 Mercedes. As soon as the race took off, Hamilton with full tempo surpassed his teammate Valtteri Bottas who was leading until then. There was no holding back for Hamilton from the second outset anymore. Hamilton set a brand new record of the fastest lap of 30 seconds. He commanded the race till the home run, to wear the crown. Every car used soft compound except the Mercedes riders and Renault rider Daniel Ricciardo who used medium compound until the next pit stop where Mercedes got hard Pirellis installed.

Ocon failed to get back in the grid, withdrawing from the race entirely. Heavy work was in process to set his car back to the field but failed to do so. By the time grid was closed he was yet on in line.

Majority of racers had difficulty to stay out of the kerbs. At the second arrabbiata Lance Stroll bumped and wrecked his car on 46th Lap with a punctured tyre. Fibre coming out of his cockpit, the lower pressure on the cockpit led to the destruction as assumed. The race was suspended again for the third time. The safety car was out instantly leading the rest of the cars to their pit stops.

Kimi Raikkonen’s delayed entry at pit stop led to certain investigations handing him a +5 seconds penalty for crossing the line in pit entry.

Charles Leclerc started off with third position hoping for a podium stand. He was stuck to the third place until Lap 16. His position was swapped by Stroll in Lap 18. There was no getting back for better anymore, Ferrari lost its pace entirely. From the fourth position, it reached fifth in no time as Albon gained on him with a fierce form. Sergio Perez managed to chase Leclerc and took over his position in lap 21. Given all hopes at vain, he pulled in to the pit stop for tyre replacement. Got his cockpit the soft compound for gaining on speed.

There was no effort observed from Sebastian Vettel’s form, he kept on tumbling the entire race from position 11 to 10. Finally finishing off at position 10 while his teammate Charles Leclerc achieved the eight rank.

The final result for the team was not satisfying again. The 1000th GP of Scuderia Ferrari caught no glimpse of excellence in their form. It is evident that no recovery can be expected from the team until 2022.

With an abundance of turmoil in the entire race, Hamilton with his dominating nature on the track aced the weekend again. He raced in the clean air throughout, with proper strategies etched. He battled for the first position with full pressure, bagging the prize at the inaugural circuit of Mugello, the Tuscan Grand Prix. It was a heroic win, though it was stated ‘hectic’ and ‘crazy’ by him after witnessing the chequered flag. His lead was followed by his team competitor Valtteri Bottas. The third podium stand was earned by Red Bull’s Alex Albon who efficiently hiked up to this stand from the seventh stand.

? "It feels fantastic to win such a crazy race. It felt like three races in one day! Valtteri was pushing me hard!"

Hamilton exclaimed that he was pretty exhausted after the final race of 13th September 2020, “Today was physically and mentally one of the most challenging days I’ve ever experienced. It’s been a tough day physically and mentally today. It was all a bit of a daze! It was like three races in one day.” This win for Hamilton set his record of 90th lead podium stand, which keeps him at bay from attaining Schumacher’s record by one more win.

The entire race was filled with actions and nail-biting moments that glued the eyes of every spectator. The thrill was top notch and the prediction for the podium stand was dodgy. This was one of the greatest of Formula One race in their entire history of existence.

Lewis Hamilton stumbled upon various hurdles before taking the lead again at the Tuscany Grand Prix
Alex Albon’s Journey to the Formula One Podium under the flag of Thailand in Tuscan Grand Prix; Circuit of Mugello