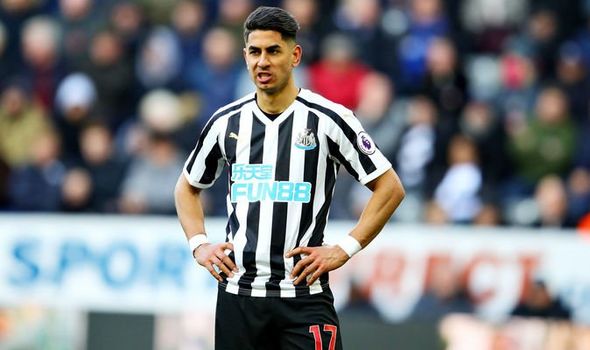 Leicester City look like they are finally putting the chaos of the last couple of seasons behind them, and moving towards a more structured and stable approach to their football. Appointing Brendan Rodgers towards the end of the last season was one such move, and securing the permanent signing of Youri Tielemans was another.

The Belgian midfielder was coveted across Europe, but the Foxes acted decisively to nab one of their top targets. They have also looked to solve a long-standing problem by signing Ayoze Pérez from Newcastle United. The Spanish attacker could be a very shrewd addition, and as this tactical analysis scout report will show, he will help fill a literal hole in Leicester’s attack next season.

Pérez is a 25-year-old forward from Tenerife, in the Canary Islands. He started his career at local club CD Tenerife, eventually playing in Spain’s Segunda División and winning the Breakthrough Player and Best Attacking Midfielder awards at the end of the 2013/14 season. This piqued the interest of several clubs around Europe, and Pérez reportedly rejected the likes of Real Madrid, Barcelona and FC Porto to sign for Newcastle United for a fee of £1.5 million.

The forward had a significant impact at St. James’ Park over five seasons, ending up with 42 league goals and getting into double figures in each of the last three seasons. Leicester ended up paying around £30 million for the Spaniard, giving Newcastle a hefty profit, but Pérez is probably the perfect fit for Rodgers’ style of play, making the fee largely irrelevant in an age where lesser players have moved for much higher amounts.

Although described as a striker in some dispatches, Pérez is an attacking midfielder, playing in the line behind a striker. He can play across the forward line, but does his best work coming in off either flank. His heatmap for last season shows this –

One of Pérez’s most impressive traits is his intelligence. His positioning, passing and movement all speak of a player who understands the game extremely well, and a lot of credit for this should go to Rafa Benitez, under whom the Spaniard had two extremely productive seasons. In his role as an attacking midfielder, Pérez usually attempts to play attackers in on goal with intelligent passes – 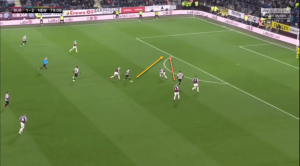