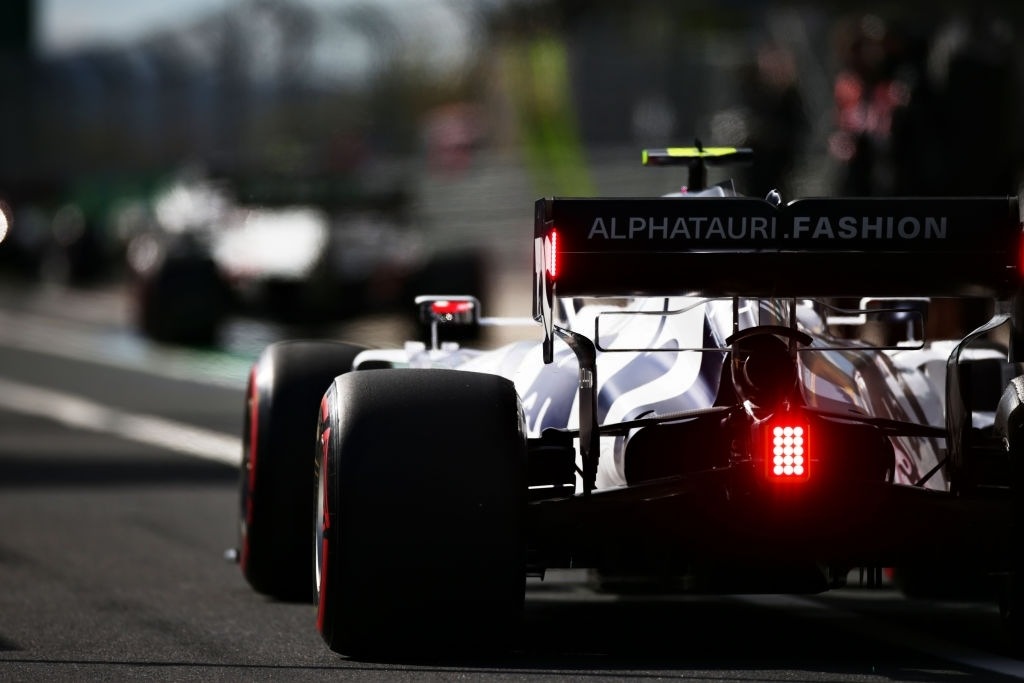 While Kimi Raikkonen recently broke the record for most egp starts by any F1 racer, he has certainly listed himself to that elite list of best F1 drivers to date.

Speaking of greatness, only a few other racers have privileged every F1 fan with their timeless charisma and legacy on the F1 circuit. Hereby, we will take you through to the list of top 10 best F1 drivers that left everyone speechless with their unmatched performance, time and again. 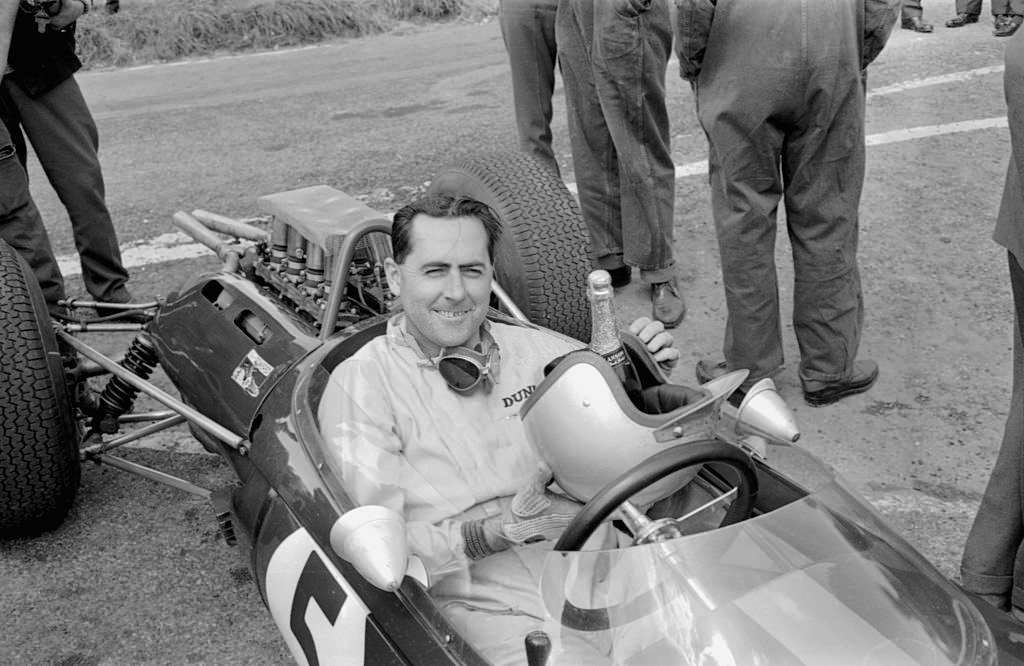 It’s not very often that you witness an F1 driver triumphing on the F1 circuit with a car owned by him. Yes, we are talking about the Australian legend Jack Brabham who comes over as one of the only F1 racers to win back to back world championships.

During his 15 years old career, he has stepped on the track 128 times and came out victorious on 14 instances. Besides those wins, he ends up finishing on the podium 31 times. 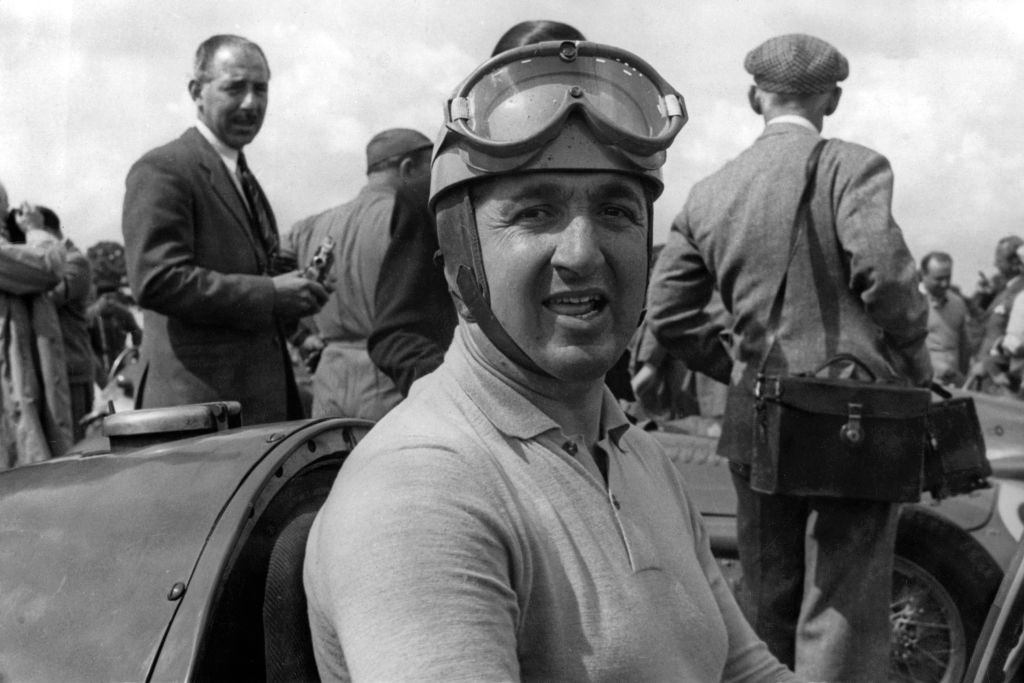 If there’s one thing that makes this Italian F1 driver special, it’s his impeccable win percentage. Moroever, he held the record for winning 7 consecutive races in one season, a record which has only been equaled by another legend Micheal Schumacher.

Even though he didn’t race that much compared to the other drivers on our list, his win percentage (13 wins out of 33 races) puts him right there on the elite list. Besides those wins, he also went on to triumph in two of the world championships. 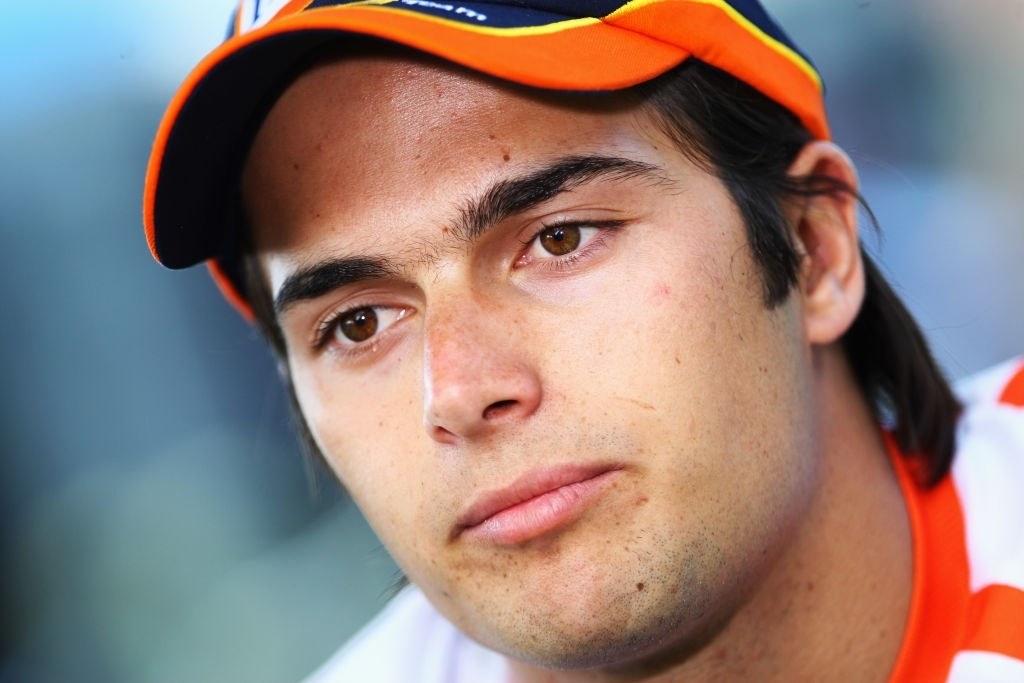 Nelson Piquet of Brazil and Renault is seen in the paddock during previews to the Australian Formula One Grand Prix at the Albert Park Circuit on March 26, 2009 in Melbourne, Australia

Here we have another elite racer from the 80s on our list. Nelson Piquet is one of those few racers that have won 481.5 points in his celebrated career and further came out victorious in three world championships alongside.

Among the 207 races in his career, he got 23 wins, and 60 podium finishes under his belt. Hence, he deserves a spot on our list for some good reasons. 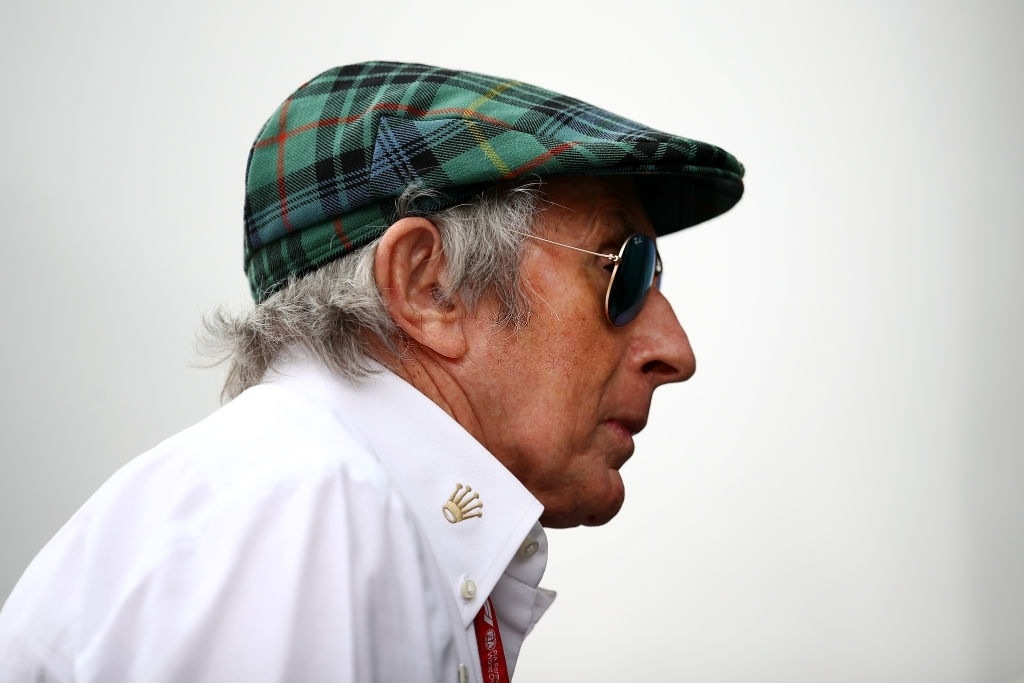 Sir Jackie Stewart walks in the Paddock before final practice for the F1 Grand Prix of Great Britain at Silverstone on July 13, 2019 in Northampton, England.

Speaking of his victories, he scored 27 wins out of 100 races and further achieved 43 podium finishes during his career. 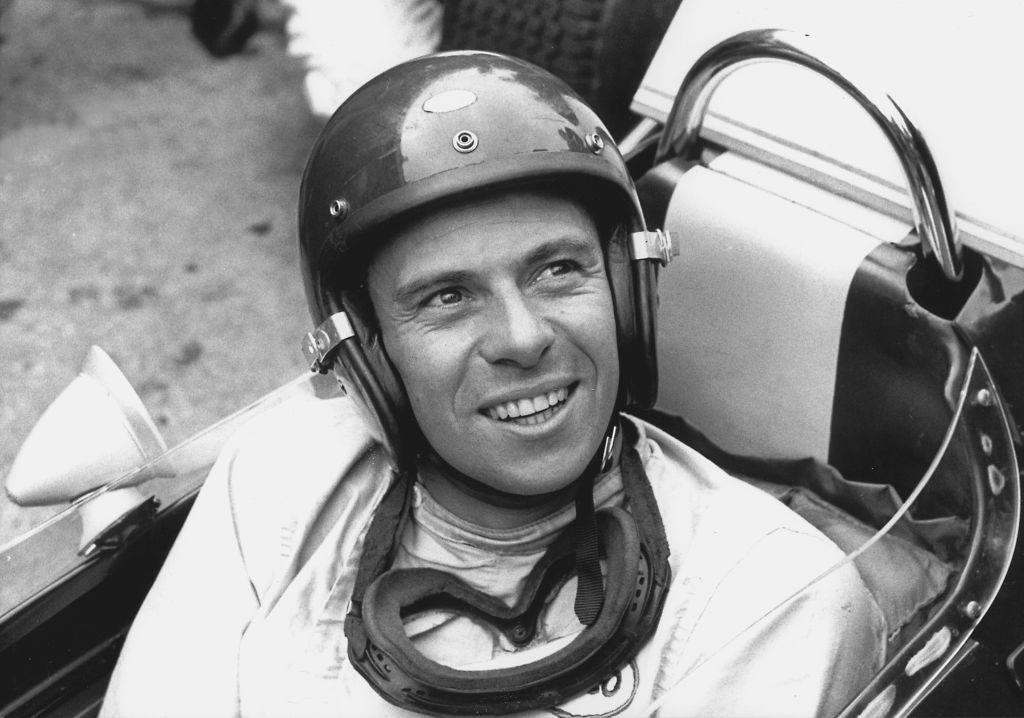 Here comes another gem of an F1 driver from Scotland who scored some emphatic wins during his illustrious F1 career. Making his way into the 73 races during his career, this Scottish driver scored 25 victories and 32 podium finishes to his name.

Still, the F1 world lost this precious gem to an unfortunate accident during one of his races in 1968. If it hadn’t been that accident, Jim Clark could’ve made it further to some more victories and podium finishes. 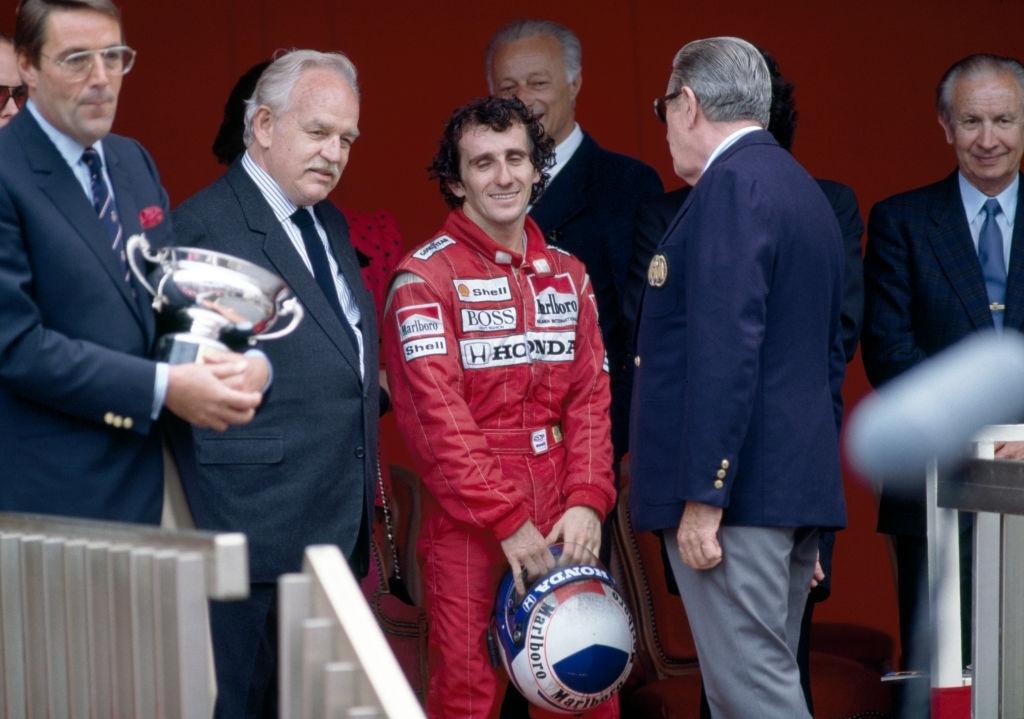 Alain Prost of France (centre) witih Prince Rainier III of Monaco (1923-2005) (second left) after winning the Monaco Grand Prix, driving a McLaren PM 4/4 with a Honda V6 engine for the Honda Marlboro McLaren team, in Monte Carlo on 15th May 1988.

You won’t find many F1 racers who have won the world championships 4 times during their career. Winning 51 races out of 202, he also ensured his finish on the podium 106 times in the process of becoming one of the best F1 drivers.

While he achieved 768 points during his career, that still stays as the second-highest total by any F1 driver to date. Moroever, his rivalry with another F1 great, Ayrton Senna, grabbed all the headlines during that era. 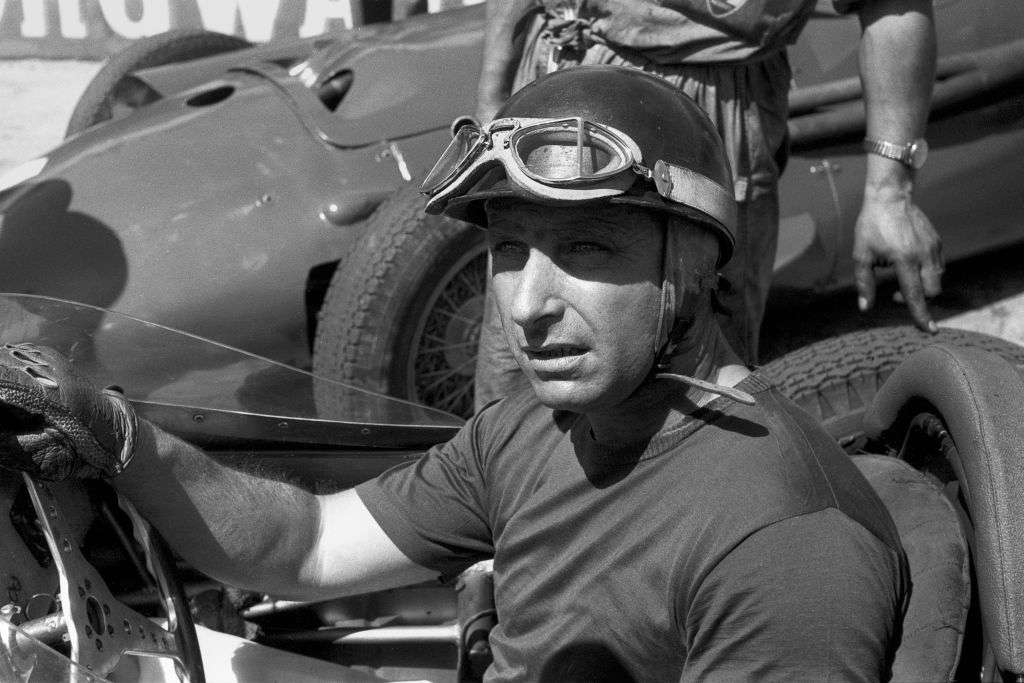 Deemed as the first-ever F1 superstar, Fangio has simply ruled the F1 circuit during 1950 while winning all of the 5 world championship within that decade. Besides winning 4 consecutive races, this F1 great has 24 victories in 52 races during his amazing career.

To date, he stands as the only driver who drove and won 5 championships with 4 different teams ( Maserati, Ferrari, Alfa Romeo, and Mercedes) . 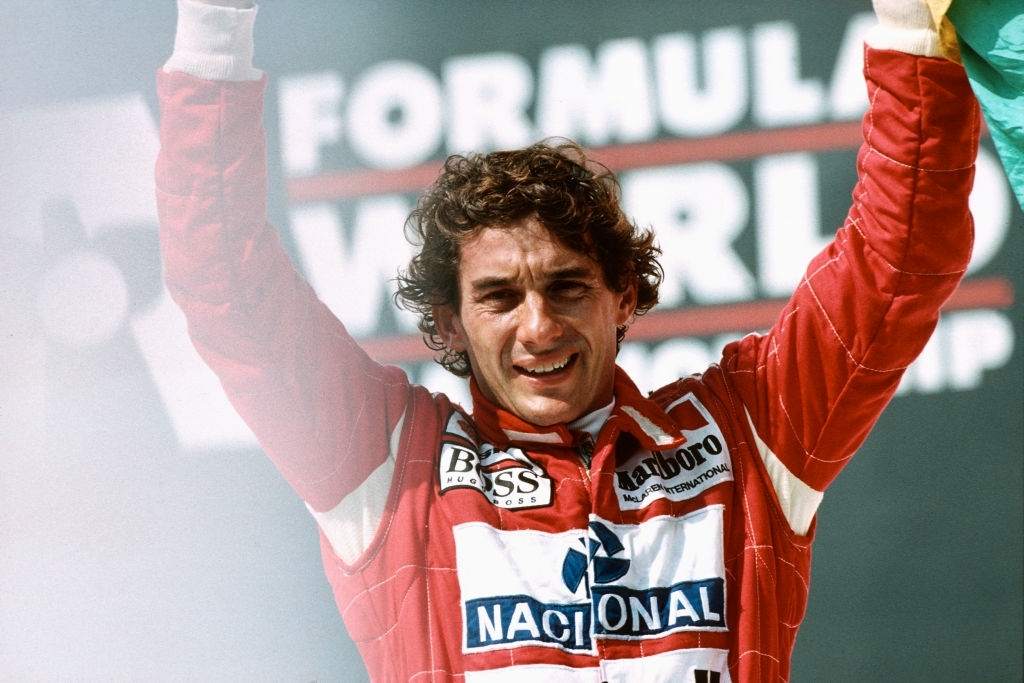 It’s been said that if he (Senna) wouldn’t have died in a car crash, he could have become the greatest ever F1 driver on the circuit. While been highly praised for his ‘larger than life’ attitude on and off the track, this F1 driver scored 41 wins out of his 162 races.

He further won three world championships and secured 60 podium finishes during the process. 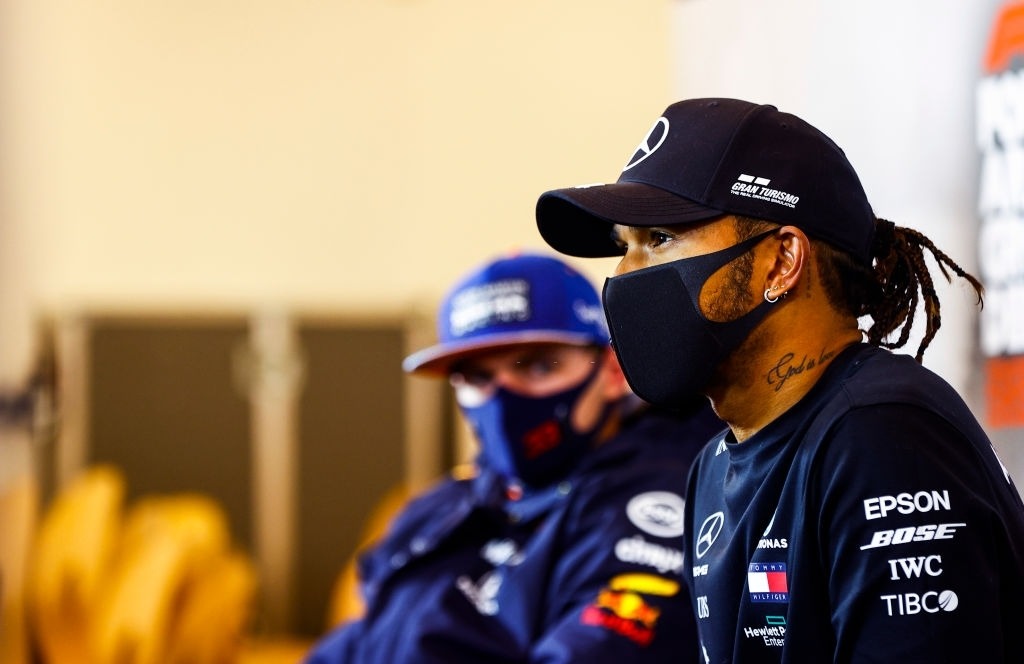 Race Winner Lewis Hamilton of Great Britain and Mercedes GP talks in a press conference after the F1 Eifel Grand Prix at Nuerburgring on October 11, 2020

Now here we have a legendary F1 racer that is still going all-guns-blazing in his illustrious career. Within the past decade, Hamilton has won 6 world championships while scoring 91 wins and 160 podium finishes during the process.

He also stands tied to another F1 great, Micheal Schumacher, in most wins (91). Moreover, hamilton is still one of those few F1 drivers who has grabbed some big praise and accolades from even his rivals on the F1 circuit. 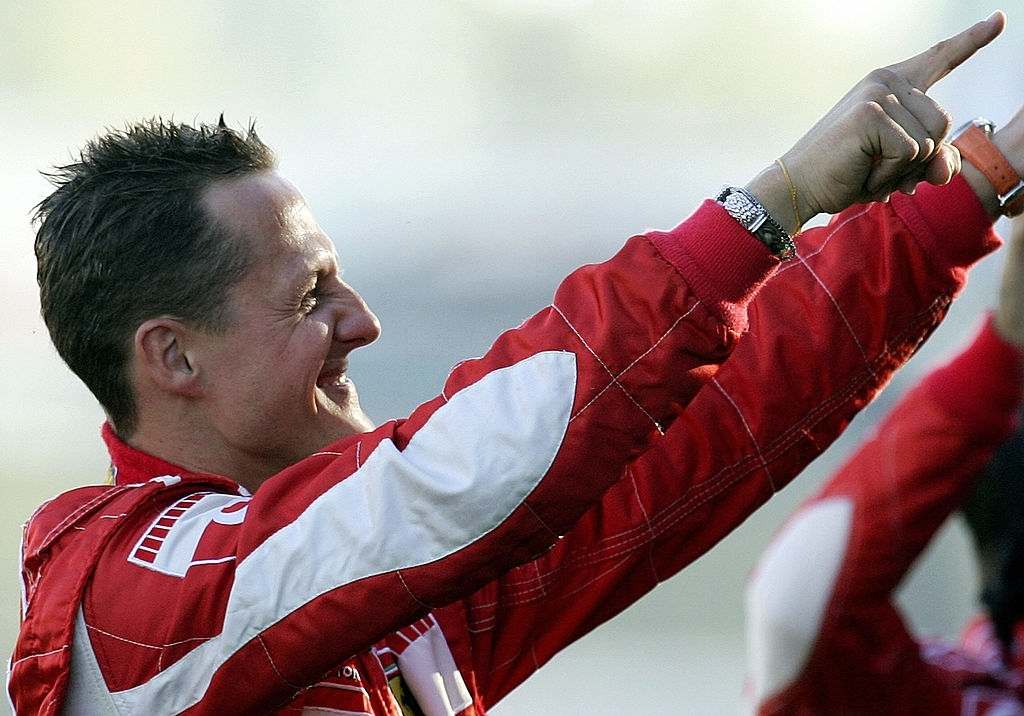 You won’t find many who can question the greatness of this ‘Ultimate king of the F1’. Looking into the big list of his records, he is the only F1 racer to win the most number of world championships (7), most wins (91), and most fast laps(77).

Even though most of his records have been bettered recently by Lewis Hamilton, Schumacher still holds the tag for being an ‘ All-time great’ of this sport.

We have tried our best to pick the top 10 best F1 drivers who stepped on to the F1 circuit and left everyone speechless with their phenomenal performances. Do let us know about your feedback and views in the comments section down below.

Kimi Raikkonen: A Rookie driver who went on to become the most cherished racer in F1 history
Big Question- Is Hamilton going to end up at Alpha Tauri next season ?