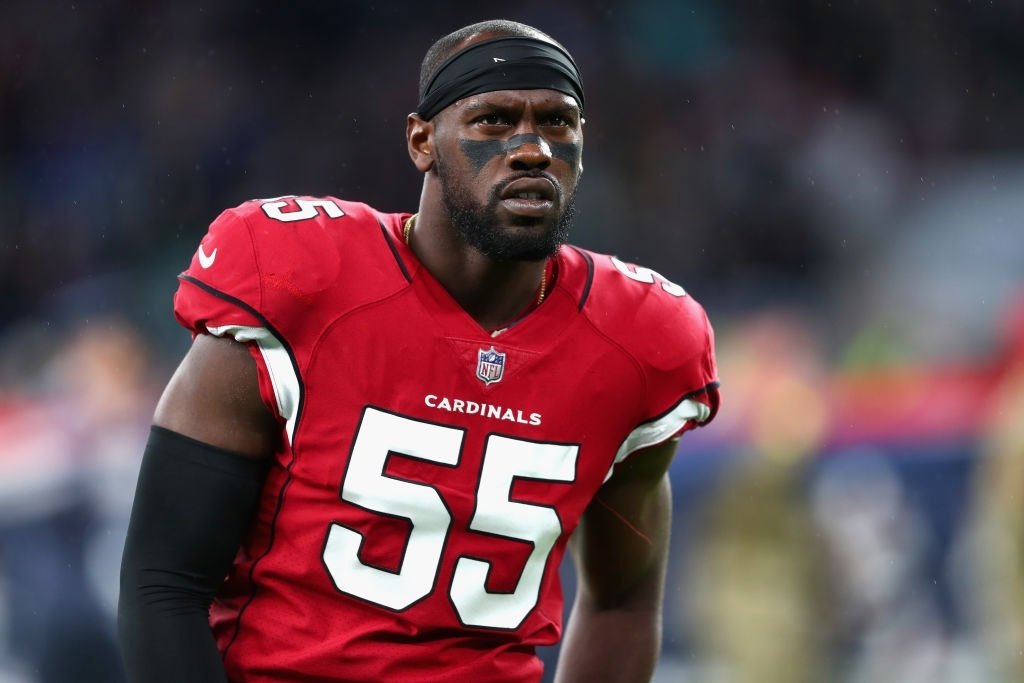 Chandler Jones is a thirty one year old professional football player of the National Football League (NFL). He hails from the United States and  is currently a outside linebacker position holder of the Arizona Cardinals.

In the year 2012, Chandler got himself drafted by the New England Patriots with whom he played for the tenure between the years 2012-15. In the same year of getting drafted for the first time, he was announced as one of the best defensive end prospects of the NFL.

The Arizona Cardinals signed Chandler in the year 2016 and he has been playing for the team since then to present. Jones is also the younger brother of former NFL footballer, Arthur Jones and Jon Jones, who is a former UFC light heavyweight champion.

Our researchers at Sportszion calculates Chandler Jones’ net worth to be an estimated $10 million. His contracts, investments and endorsements provide him the financial wealth that he is the owner of. Let us find out the sources behind his income and expenditure.

As per his ongoing contract since the year 2016, Chandler reportedly earns a fine salary of an estimated $16 million.  This particular contract is of a five-year tenure and also worth the value of a huge $82.5 million

Nike reportedly has been the sponsor of Chandler since quite a while. His official jerseys are widely purchased.

How Chandler Jones Spends His Millions?

Now that we know where all the wealth comes to Chandler Jones from, let us glance through how and where he spends it all.

The wealth possessed by Chandler also finds him as the owner of a beautiful mansion. In the year 2017, he purchased a mansion worth the value of $2.9 and it covers an area of 5200 square foot. The house is located in Paradise Valley. The mansion boasts features such as three fully equipped bedrooms, five bathrooms, a sleek high-tech media room, electronic pocket doors, etc.

When it comes to giving out to the community, Jones is witnessed to alwyas be a step ahead for such causes. He has reportedly donated around 150,000 meals to the people of New York and various food banks in Arizona during the initial phase of the Covid-19 pandemic.

In the year 2018,  the Arizona Cardinals made an announcement on behalf of Chandler stating that he would make a donation to Phoenix Children’s Hospital. The amount and conditions were $20,000 for every sack he would make in the final two games of that particular season.