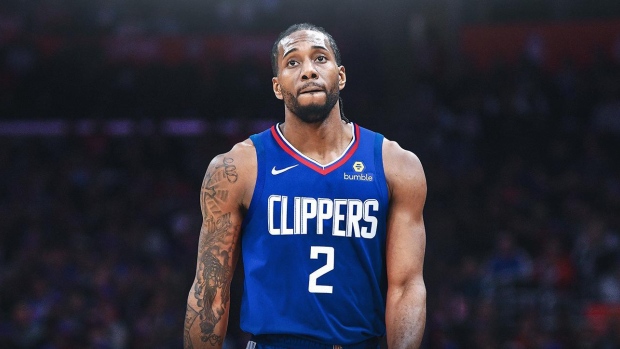 Clippers’ forward Kawhi Leonard bounces back to the court after going through surgery in July 2021 to recover from a partial ACL injury in his right knee.

Before getting injured, Kawhi was one of the best performers for the Clippers in the 20-21 season. The forward recorded 24.8 points per game, 5.2 assists per game, and 6.5 rebounds per game. Clippers that season ended up in the finals of the western conference before losing against the Phoenix Suns. In the playoffs that year, Kawhi tore his ACL while facing the Utah Jazz.

Kawhi missed the entire last season, which affected the Clippers’ progress throughout the championship. They went on to have a roller-coaster ride and finished with a 42-40 record in the regular season. The Clippers missed their forward big time in the NBA play-in tournament, where they lost both of their games and failed to qualify for the playoffs.

Kawhi finally returned on Monday night, during the preseason game against the Portland Trail Blazers. He scored 11 points and added four rebounds, two assists, and two steals while appearing for only 16 minutes.

As per ESPN, his return to play was “awesome.”

In an interview with ESPN, Leonard expressed, “It was great to be able to put all the hard work I put in over the past 14 to 16 minutes to the test by playing against NBA talent,”

Leonard seemed to be more than delighted to be able to make a comeback. And Added, “Just being out there with the guys and talking, I missed it. It was a great experience for me.”

“The body feels good,” Leonard stated. “Obviously, I am not going to be playing 35 minutes, 38 minutes to start, so it is going to be a little shaky early, probably. But, like I said, it is a journey, it’s a process, and that is what I am about.”

The presence of Kawhi Leonard immediately elevates the Los Angeles Clippers to title contenders in the Western Conference. The Clippers’ players, staff, and obviously, the fans will surely be looking forward to the next season. With Kawhi slowly getting ready to lead them, the Clippers will hope to make a better feast of this season and will definitely look to finish it with their first-ever championship title. On October 20, the Clippers will open their 22–23 campaign with a high-voltage game against the Lakers.