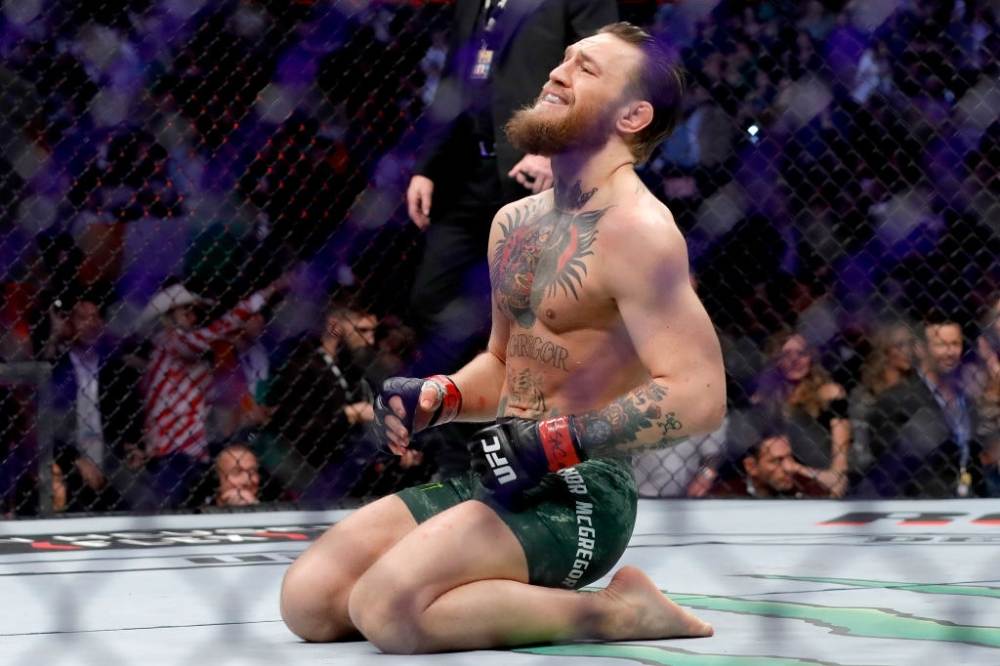 Earlier in January when Conor McGregor defeated Donald Cerrone at UFC 246, we all thought that we will probably see more of Connor in 2020.

However in reality, things didn’t turn out like that. We didn’t see Conor in a UFC ring ever since.

So what went wrong?

UFC started 2020 in a great fashion. Before covid 19 pandemic they were doing a great business and the quality of the matches were pretty impressive.Thus, when McGregor fought Donald Cerrone in January, the fans thought that he has a lot of time to keep his word.

Last year in a press conference at Moscow, Conor said he wants to fight thrice in 2020 and thus fans were exited to see more of Conor but things haven’t gone well recently.

Conor went on record to say that he would like to fight again in march and wants to fight four times a year but on a very sad note, the fans only got 40 seconds of him in 2020 as Cerrone didn’t stand a chance against Conor as he beat him via TKO.

Conor McGregor’s matches generates a lot of revenue and the income might have doubled if UFC would’ve used him properly but things are not looking good for the notorious one as the UFC president Dana White says that Conor McGregor will definitely not fight in 2020 and very uncertain for 2021.

Conor tweeted about his retirement in June but the fans believe that it’s just a work and Conor will be back soon in the octagon but Dana White doesn’t believe it’s a work and thus keeping Conor out of UFC.

Conor probably tweeted to show that he was tired and frustrated that UFC is not giving him a chance. The man who wanted to fight four times a year had zero fights in the last six months and this probably didn’t make him happy and thus the frustration was shown on Twitter.

This probably acted as a boomerang and now Dana White doesn’t want to book him at all. The tweet may not be the only reason why Dana White is angry on Conor as few days back Conor walked out from being a replacement for a fight.

Now, Dana holds any grudge against this or not, no one knows but he was pretty bold in the press conference. He said that day, “Conor thought about it and said, “F**k that. I’m not a replacement fighter. I’m not gonna be looked at as I’m sliding in as a replacement for one of these guys. So he said he’s not gonna do it. And I told you guys Conor is not gonna fight. We never even asked Conor to fight.”

During this pandemic when the wrestling shows are suffering because of low ratings, keeping a legend out is probably not a good idea. Ariel Helwani of ESPN believes that they could have drawn huge ratings if Conor had a match. He said, “McGregor could have drawn close to two million, had he been on that card? I strongly believe this, considering that there were very few other North American sports going on at the time”.

As the relationship between Conor McGregor and UFC getting worse day by day, it’s safe to say that his future in UFC is a big question right now.