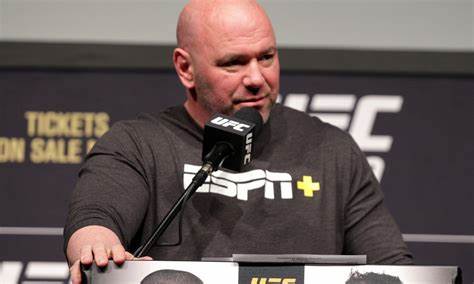 Disney is apparently poised to increase the subscription fee for ESPN+, which streams the majority of the organization’s events, following the company’s increase to $74.99 earlier this year of the pay-per-view price for UFC events.

The UFC has yet to issue a comment on the adjustment, but UFC president Dana White said earlier this year that he wasn’t a fan of price hikes around his product, but that those decisions go beyond his control.

“We don’t have any say in that,” White told MMA Junkie in January. “We gave the pay-per-views to ESPN, so yeah, that’s their decision. You know how I feel about that stuff. I don’t love when prices get raised, but it’s not my decision. It’s theirs.”

The annual cost to watch the complete UFC schedule without any discounts is more than $1,000 with a $99.99 subscription fee in addition to 13 pay-per-view events at a cost of $74.99 apiece. Bloomberg reports that Disney’s streaming service bundle package, which includes Disney+, ESPN+, and Hulu, will continue at $13.99 per month. This means that users might spend $4 more than the price of ESPN+ alone and receive the well-known Disney+ and Hulu platforms in addition.

ESPN, the UFC’s broadcast partner since 2019, is 80 percent owned by The Walt Disney Company.