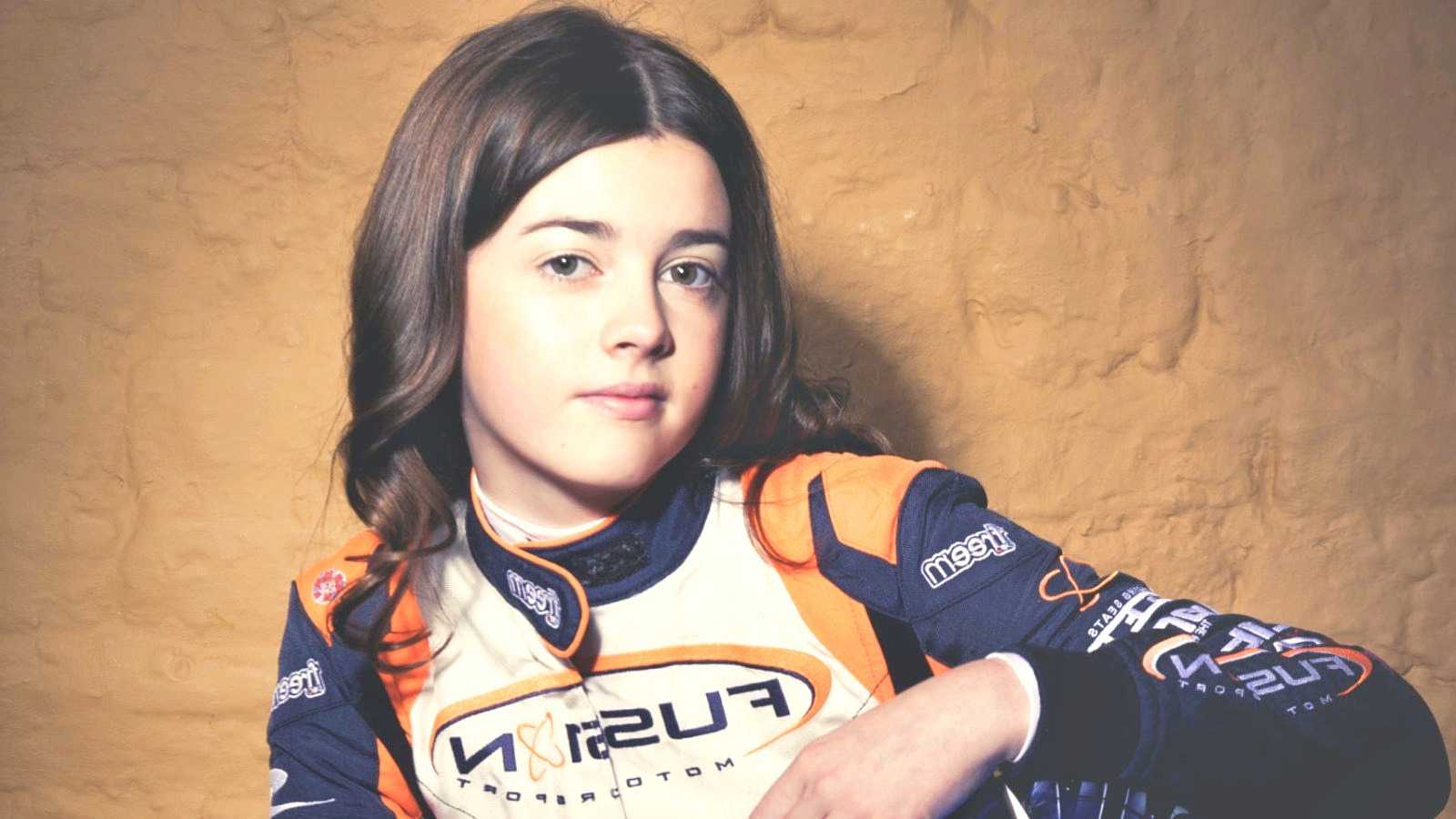 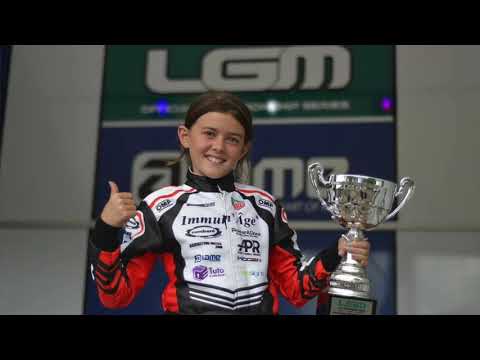 Ella Stevens, the girl who just got into her teens is about to bring upon a revolution it seems. As it appears she is striving to be one of the youngest and the prime female motorists in Formula One’s historical team, Scuderia Ferrari.

Overcoming all the dares, obstacles, and tests the 13-year-old Ella did just fine with her simplicity and extensively great performances to get this achievement. It occurs that she had to face some real difficulties on and off the circuit of Paul Ricard, France, before bagging the greatest prize which drove her to the Ferrari Driver Academy making her the foremost female driver in there.

At the press conference, Ella said that this will be a great opportunity for her though before getting into the cockpit several fitness tests will be conducted and some of her driving skills will be assessed to release her at a better place in the tracks.

The Academy is one of the finest institutes to raise the talents of the beginners and novices. The present eminent learners are Mick Schumacher, Enzo Fittipaldi, and Arthur Leclerc. All these pupils are from the well-esteemed racing family backgrounds.
Though there are several storms and mountains that need to be faced by the teen, since the genre of the sport she has enrolled herself into is extensively directed by the males of the community; Ella has Rob Smedley, a renowned and prominent being in the congregation of Formula One, who is coaching her in this mission, getting her in his own Electroheads Talent Academy.
Rob Smedley at a press conference stated, “ Having a major player in the sport, with such a rich history as Ferrari, leading on this has to be applauded, it’s absolutely amazing that they want to do this and they’re taking positive action to increase the gender diversity within the sport.” Further acknowledging the initiative taken ahead by the team Scuderia Ferrari to appoint a new female racer in the crew, noting it as a ‘huge step’.

Mattia Binotto, the Ferrari team chief conveyed, “We felt we had to make a further effort to expand our area of operation to include female youngsters who want to get on in motorsport, although there is no actual barrier to their participation, we are aware that it is harder for women to progress in this field.”

The little teen when asked for her opinion about being a part of the most historical F1 team, stated, “My favorite part of racing is the speed. It’s a great opportunity for me, ” she further added, “I’d love to be a professional racing driver and possibly make it to Formula 1, My brother and my Dad have always been into motorsport. I really like the speed as well, so that’s kind of a big thing. I started karting when I was six years old. I first had a go in a Bambino kart at a track in Wales and I really liked it. I was a bit scared at first but I got used to it and got faster and faster. It’s very exciting. My favorite part is probably the speed, it’s always something to look forward to when you go out on track and you’re waiting on the grid. I don’t really get scared because I’m mostly just concentrating on my racing.”

It is believed that with such talent Ella possesses if polished little more, she’ll have remarkable success in the near future. She at the tender age of 10 has already been a Champion at British Karting and also settled for a joint- champion at the winter karting series of 2020. Her greatest achievement at present can be considered, being the first female racer to be in the racing academy that is co-founded by Rob Smedley. He cited that her efficiency in the tracks with a great speed had caught his eyes and wanted to give recognition to her skill and mastery in this sporting genre. He also asserted, “Talented drivers have an innate ability to process a lot of information and look at one, two, three, four moves ahead.”If you see Ella and the number of incidents she’s involved in, her spacial awareness and how she’s able to circumnavigate situations that clearly is a demonstration of talent.”

What does her coach has to say?

W series race winner Alice Powell who is also the coach to Ella Stevens says that she has a lot of potential and talent.She remarked, ‘She’s already won a karting championship and numerous races so she’s experienced success.” Powell states that Stevens has had her tough times and she has displayed extreme valor to overcome them. Therefore, she believes that Stevens deserves an upgrade to F1.

Smedley emphasizes is that putting too much pressure at this age isn’t a viable option for the Academy. He goes on to elaborate, saying that They want their drivers to be dedicated to the sport and the purpose. However, their school career and education is massively important at the age that they are in.

He further remarked, “There are driver programs out there which encourage young people to forgo their education. It’s not necessary, it’s an absolute folly.”

Stevens right now is managing and juggling between her passion and her social life. In her effort to manage both, she completes her school And gets done with her co-curricular by the weekend so that she can concentrate on racing the entire weekend.
In regard to the consent of her parents, Stevens states, “My Mum and Dad are very supportive and sometimes my brother helps out. My friends don’t really know much [about her karting] — but I’d rather keep it that way because it’s easier.”
Besides Steven’s struggle, The undeniable fact is that motorsport is an ordeal. A sport in which the money talks, talent may not be the last word.

The teenager states that’s talent is not the only concern, sponsorship also plays a huge role in determining success on the tracks. she elaborates saying, “The hardest thing in motorsport is probably finding sponsorship; It’s a lot of money and quite a struggle unless you have a lot of money compared to all of the other people out there who can afford the top engines”.

However, the biggest obstacle in Steven’s road to success is gender. Surprisingly enough there has not been a single female driver at the fun tracks since 1976 and Stevens will not be considered as an exception. Yet the roads less traveled are the roads that take you to glory.

Even though Ferrari has come up with this collaboration with FIA and women in Motorsport It is a very minor dent in the armor of sexist prejudice in the sport.

Rob Smedley integrated his own e-karting program very adequately which intends for a major reduction in the karting expenditure and also helps to reach out to everyone acquiring the required mastery and skills; making it more demographically diverse. Ella Stevens is one among the other two motorists in the Electroheads Talent Academy helps to reach out to such raw talents who should earn the deserved recognition in the arena of this sport. Smedley has a greater plan for the upcoming 20 years where the reach will grow wider and bring the ones with talent and skill the platform to perform.

Ella noted there is a huge mass of girls enrolling in the sport of karting, adding, “Recently I have been seeing a lot of girls getting into karting, I’ve seen quite a few on the weekends I go racing on the same grid as me, which is a change.”

Powell regards Stevens as a dedicated driver and was impressed when after a post-race visit to McDonald’s, the teenager ordered carrot sticks as dessert instead of ice cream. She further remarks, “It’s going to be a big test at Paul Ricard in October but Ella is determined to work hard and do the best that she can.”