Everybody copy David Beckham, including his ‘Slim Shady’ son Former English international David Beckham, 47, is one of the superstars for Real Madrid and Manchester United, and his prolific life has seen success as of today.

David Beckham Son Romeo, is amongst the four children of David and Victoria Beckham, who love their father from the bottom of their hearts and, therefore, regularly try to imitate their father’s styles in front of others.

Why do people love to duplicate Beckham’s style, including David Beckham Son?

Romeo Beckham, 19, is the second child of David and Victoria, and the only one to follow in his father’s footsteps of becoming a professional soccer player, and as a result, he is now playing for Inter Miami’s youth side as a striker.

However, David Beckham Son recently came into the spotlight for some exclusive reason, and it is related to his taste in modern fashion.

When Romeo Beckham uploaded a photo of his new haircut on social media, even David Beckham couldn’t resist. 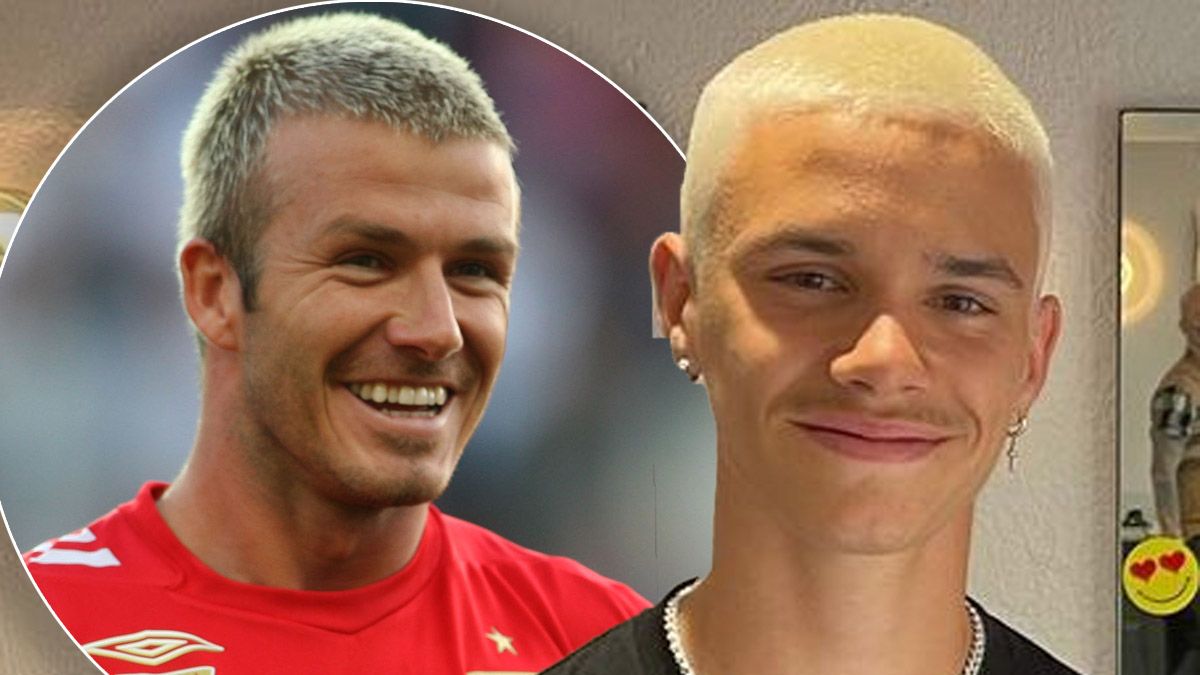 David Beckham was the first to point out similarities between Romeo Beckham’s new hairdo and his 2007 appearance on Sunday by saying, “Nice hair @romeobeckham I wonder where u got that idea from.”

The 19-year-old shared his new fashionable style with his almost three million Instagram followers on Sunday following his dad’s hilarious comment, and he replied indirectly that he watched a few videos of his father before deciding to have that haircut.

The middle son’s mother, Victoria Beckham, seems to like his new appearance as well. She responded to the social media post by saying, “Wow!!!! Love!!!”

In addition, Mia Regan, Romeo’s lover, also demonstrated gratitude with a straightforward loved feeling where she exclaimed with joy that her boyfriend was looking stunning.

While many lauded his father as being his inspiration, others made fun of the fact that he resembled “Slim Shady.”