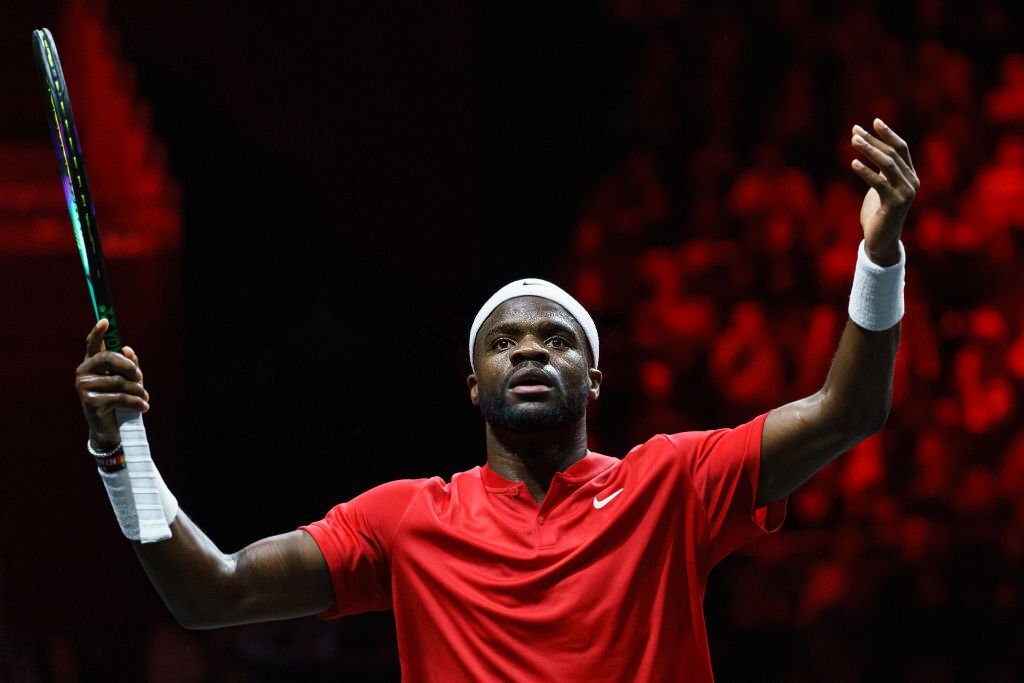 Fans’ reactions caught the media’s attention when Tiafoe rushed to the stand to kiss his girlfriend Ayan Broomfield following his victory against the Greek genius Stefanos Tsitsipas in the Laver Cup, but at the same time, the American made some controversial comments which were not appreciated by players like Nick Kyrgios and others.

As a whole, the final match of Frances Tiafoe vs Stefanos Tsitsipas was a scintillating event as both seemed to deliver their full power against each other, but eventually, the American star’s heated language made him a culprit.

How did Nick Kyrgios react to the American player following the Frances Tiafoe vs Stefanos Tsitsipas match?

After the game, in his news conference following Team World’s Laver Cup victory, Frances Tiafoe made another allusion to “Greek Yogurt.” The 24-year-old claimed he was happy to be able to defeat Tsitsipas because it made him desire the triumph even more.

On Sunday, Tiafoe overcame a predetermined deficit to defeat Tsitsipas and help Team World win the championship. During a few substitutions, Tiafoe and his colleagues could be seen making jokes and laughing at Tsitsipas. They were later criticized for their remarks.

Tennis supporters have criticized Frances Tiafoe for supporting Nick Kyrgios and trying to mock Stefanos Tsitsipas. During Tiafoe’s match against the Greek tennis player at the Laver Cup, Team World players were observed cracking jokes about him.

In the Laver Cup match against Stefanos Tsitsipas, Nick Kyrgios saw what Frances Tiafoe yelled during a timeout and the Australian then added a comment. On footage of the event that one of the most prominent news channels released on Instagram, Kyrgios remarked, “Pause, dude.” Furthermore, this exchange from the game has become an internet sensation and garnered Nick Kyrgios’ attention.

Tsitsipas and Kyrgios had a tough encounter at Wimbledon, and Kyrgios liked Tiafoe’s comments about Tsitsipas throughout the game. After joining in, the American player responded to the Australian.

For the blue team to have a chance of making it to the championship game, Stefanos Tsitsipas had to upset Frances Tiafoe. Instead, Tiafoe won 1-6, 7-6, and 10-8 over the Greek in one hour and 46 minutes. The first set was difficult for the American, but she fared better in the second. Up to the tie break, they were well-matched. However, the Greeks wasted four match points to hold the opponent in the match.

Apart from the comments from Kyrgios, the fans responded with criticisms, and many were upset with Tiafoe for failing to see that his remarks were hurtful and mocked Tsitsipas’ ethnicity.