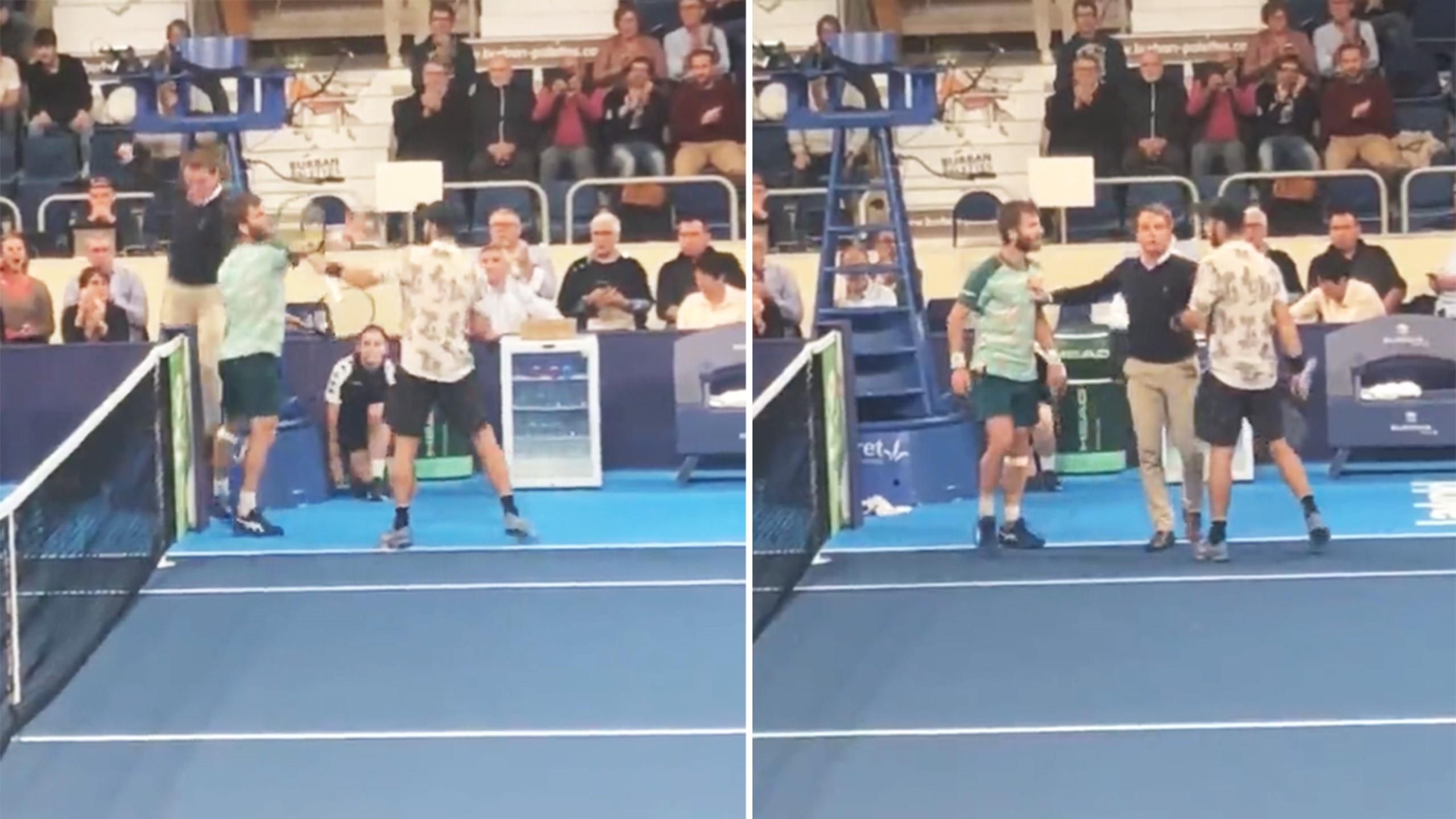 On Thursday Corentin Moutet vs Adrian Andreev match left the audience in disbelief at the Open d’Orleans Challenger competition in France. Shoving and yelling nearly escalated until the umpire hurriedly intervened and put an end to the altercation. For a time, the match had the potential to explode.

These two tennis players came dangerously close to fighting on the court during their ATP match in Western Europe and the gamers had a heated argument at the court at the conclusion of their tense match, which was recorded on video by spectators and shared on social media, and the umpire had to get up from his chair to divide them before there were any punches thrown.

The Frenchman was ultimately defeated by Andreev in 3 sets, 2-6 7-6 7-6, even before the pair faced off in an unexpected matchup during the tournament. This sparked widespread concern among fans, with some describing Moutet’s attempt to seize control of the Bulgarian as “outrageous,” while others blamed Adrian, who offered the handshake to an already enraged Frenchman.

The 64th-ranked player in the world, Moutet, subsequently revealed in an interview that he was upset because his opponent twice yelled, “F*** you,” to him and at the net, there was a very tense handshake after which shoulder shoves and yelling followed. It was obvious that both players had gripped each other’s wrists far too strongly.

The two proceeded to shove one other and yell at each other before the umpire quickly stepped in to stop any more violence. Later, Moutet expressed his version of the story on social media while bemoaning the actions of his rival, Adrian.

The French player has sparked a commotion on the court many times this season and before this Handshake Fight he had already demonstrated rudeness and the 23-year-old was disqualified from the Adelaide International in January after cursing at the chair umpire during his knockout-round game against Laslo Dere.