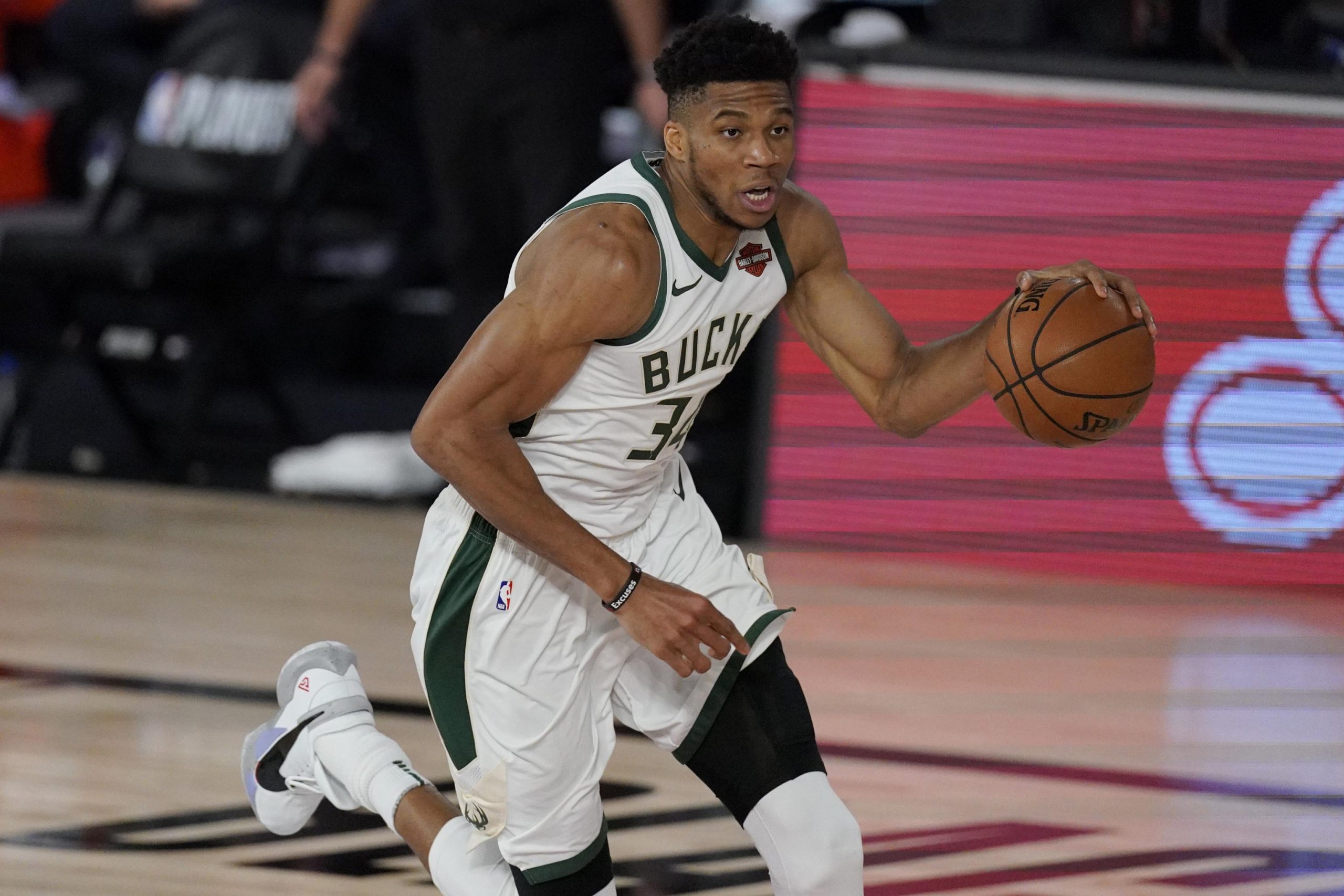 Giannis Antetokounmpo reinjured his right ankle in a clash with Andre Iguodala early in the 2nd quarter of Game 4. He suffered his initial injury in Game 3 after a clash with Goran Dragic, but was able to finish that game out. Giannis did not return in the Bucks’ Game 4 win.

Giannis Antetokounmpo has been diagnosed with a right ankle sprain and is out for the game, per team.

The Bucks came out shooting in the 2nd quarter, embarking on a 7-0 run before Erik Spoelstra called a timeout for the Heat. With 10:18 left of the 2nd quarter, the Greek Freak inadvertently stepped onto Iguodala’s foot. This caused him to lose balance on his right foot while driving to the basket. Iguodala was called for the soft foul, but the damage was already done.

Giannis was yelling in pain and clutching his foot as Mike Budenholzer called an emergency timeout. He was able to get back up and make his 2 free throws, enabling him to stage a comeback to the game if he could at a later stage. But the Bucks’ medical team ruled him out of the rest of the elimination game.

The Bucks gave a stupendous performance without him. Khris Middleton led the charge with 36 points, 8 rebounds and 8 assists, while also scoring 9 crucial points in the overtime period. The rest of the team stepped up big-time as well, as the Bucks stayed alive in the series with a 118-115 win.

It is unclear whether Giannis will return to play in the next game. Coach Mike Budenholzer said the team will monitor his ankle over the course of the next 24-48 hours in the post-game interview, but couldn’t clear the muddle about his fitness up.