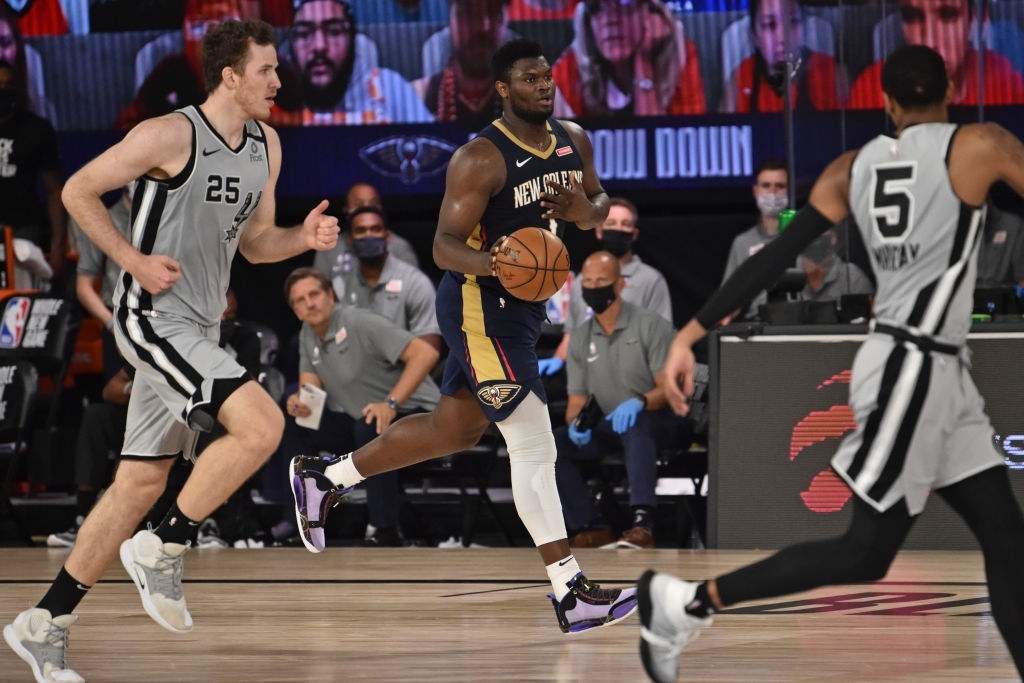 Zion Williamson, the first pick in the 2019 NBA draft, will be debuting his first signature sneaker with Jordan Brand in the upcoming NBA season, according to DJ Folk. The sneaker will hopefully hit stores in early 2021, at some point in the next NBA season.

Zion Williamson to get a signature shoe in 2021 called the Jordan Z Code, per @DJFolk pic.twitter.com/dpWMDQEuig

The 20-year-old signed a 5-year, $75 million deal with Jordan Brand after being drafted #1 overall last year. Williamson had the pick of his choice, having been wooed by the likes of Nike, Adidas and Puma as well.

Despite tearing his meniscus and sitting out for over 3 months, Williamson had a breakout rookie year, averaging 22.5 points and 6.3 rebounds in only 27.8 minutes per game. He had a handy chance of making an All Star game or winning Rookie of the Year had he played enough games, given the dominant nature of his scoring.

Williamson is one of the hottest NBA talents at the moment. He is the most-followed prospect from the USA since LeBron James during James’ high school tenure. Standing at 6’6” height, the player plays the power forward/small ball center roles for the Pelicans. His dominance in high school and college basketball during his one-and-done Duke career led many to believe that he is destined for NBA fame.

If sporadic injuries don’t trouble him in the long term, his ceiling is sky-high as a two-way player and an MVP candidate. Jordan Brand will look to profit off his fame with a shoe that appeals to both average-sized as well as tall people.

Historically, big men haven’t been big sneaker salesmen with the exception of Shaquille O’Neal, who has been a global basketball icon. But Zion’s athleticism and hops make him a crowd favorite wherever he goes, as well as a kids’ favorite. High school and college boys make up a sizeable amount of the market for basketball sneakers.

How Kawhi Leonard’s inclusion is taking an average Clippers team to the next level
Giannis Antetokounmpo reinjures during game 4 with right ankle sprain, uncertain for game 5