Hamilton and Bottas support Wolff amid questions regarding his future 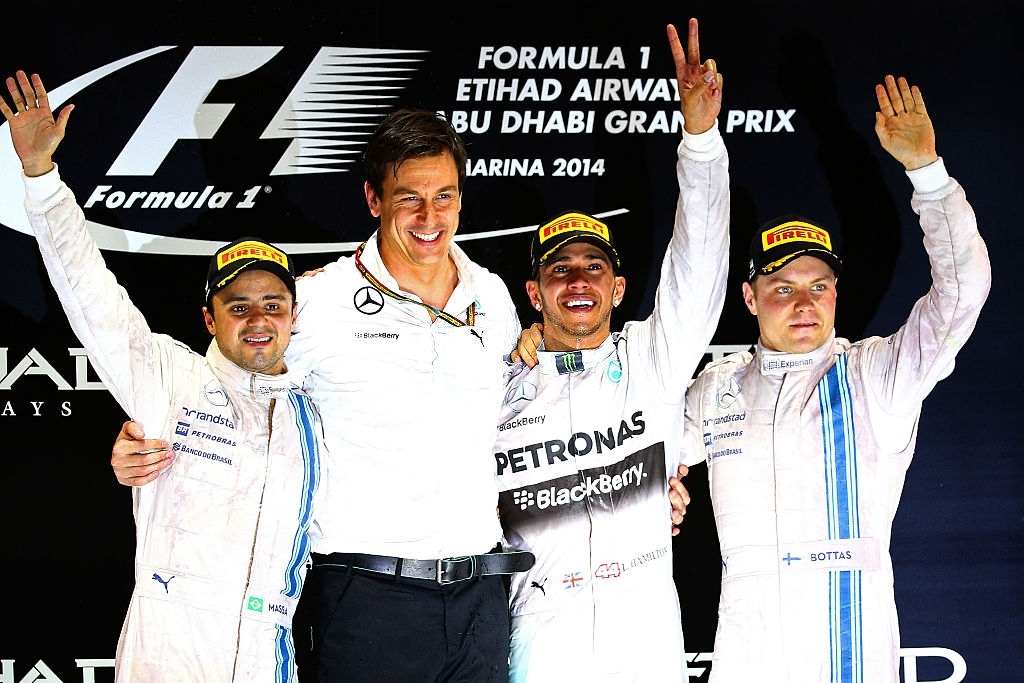 The two jewels of the Mercedes team, Lewis Hamilton and Valtteri Bottas have been confirming what their chief of the team has asserted in the last weekend race at the Spanish Grand Prix about what awaits his life ahead. Both Hamilton and Bottas is claiming that the final call to stay or to leave in the team will be Toto Wolff’s decision entirely where none would have their say. The racers also implemented that hopefully, the leave of their team principal won’t have any such consequences in their near future.

The continuous achievements of the Mercedes team in the Formula One races owe a lot to their team principal Toto Wolff, since time immemorial(from 2014). Without him and his continuous mentoring for the betterment of the entire crew has been very beneficial to everyone in there. Though the ‘moment shattering’ news that was expressed at the circuit of Barcelona, took everyone aback, Lewis Hamilton and Valtteri Bottas remained strong enough to comply with what their chief has decided upon.

Hamilton stated to the media, “I think everyone has to do what’s best for them, what’s best for their career and happiness, at the end of the day.” In Spain at the time of the weekend, he further added, “We’ve done so much already together in this period of time. I hope he stays because it’s fun working with him, and it’s fun negotiating with him and fun having the ups and downs. So I’m truly grateful to Toto and I’ll be fully supportive in whatever he decides to do.”

The ‘Billion Dollar Man’ aka Lewis Hamilton conveyed that the team is capable, athletic, and competitive enough to attain better accomplishments further as well, with or without their present team principal, Toto Wolff. There are nearly 2000 members in the crew and everyone matters. What would matter the most is the rest of the team who’d stay, hence, winning at a constant pace should be their primary determination and consideration. Therefore he added, “It’s not just down to one person, one individual. So yes, that’s not determining whether or not I stay. I think what we’ve built…I’ve been a part of growing with this team and growing with that growth. The strength is there through and through, so as I said, it’s not just one individual. I think everyone has to do what’s best for them, what’s best for their career and happiness at the end of the day.”

To join Hamilton in this was Valtteri Bottas, the teammate. He expressed that their team boss, Toto Wolff has the greatest act in the play where he mentored the team to stand stable constantly at a continuous rate and win the home prize. The success of the team owes massively to Toto Wolff till now. He was not only the leader of the team but was a part of the team more. Winning and reaching to this stable position in Formula One among the other teams has been much of Toto’s contribution as a great leader and a team person. He further conceded to Hamilton’s previous statements announcing what matters is that Toto is happy with his decision and the team will remain to be in the top list and have a constant podium stand since there are more people in the team as well apart from just the chief.

Lewis Hamilton’s teammate Valtteri Bottas at a press conference stated, “That’s it, that’s what life’s all about: only do things that make you happy, follow your dreams. But of course, it would be a shame to see him go. I have no idea, to be honest, what’s happening in the background. Bottas also added, “ I’m just focusing on driving and yes, I would definitely sign with the team even though Toto wasn’t here because, as Lewis said, it’s not about one person but very important man.”
It can further adhere that as Mercedes heads towards the Belgian Grand Prix, the odds are in their favour. The fans are expecting the seventh championship in their support.