Serena’s husband agrees with Dwayne Johnson on being super dad 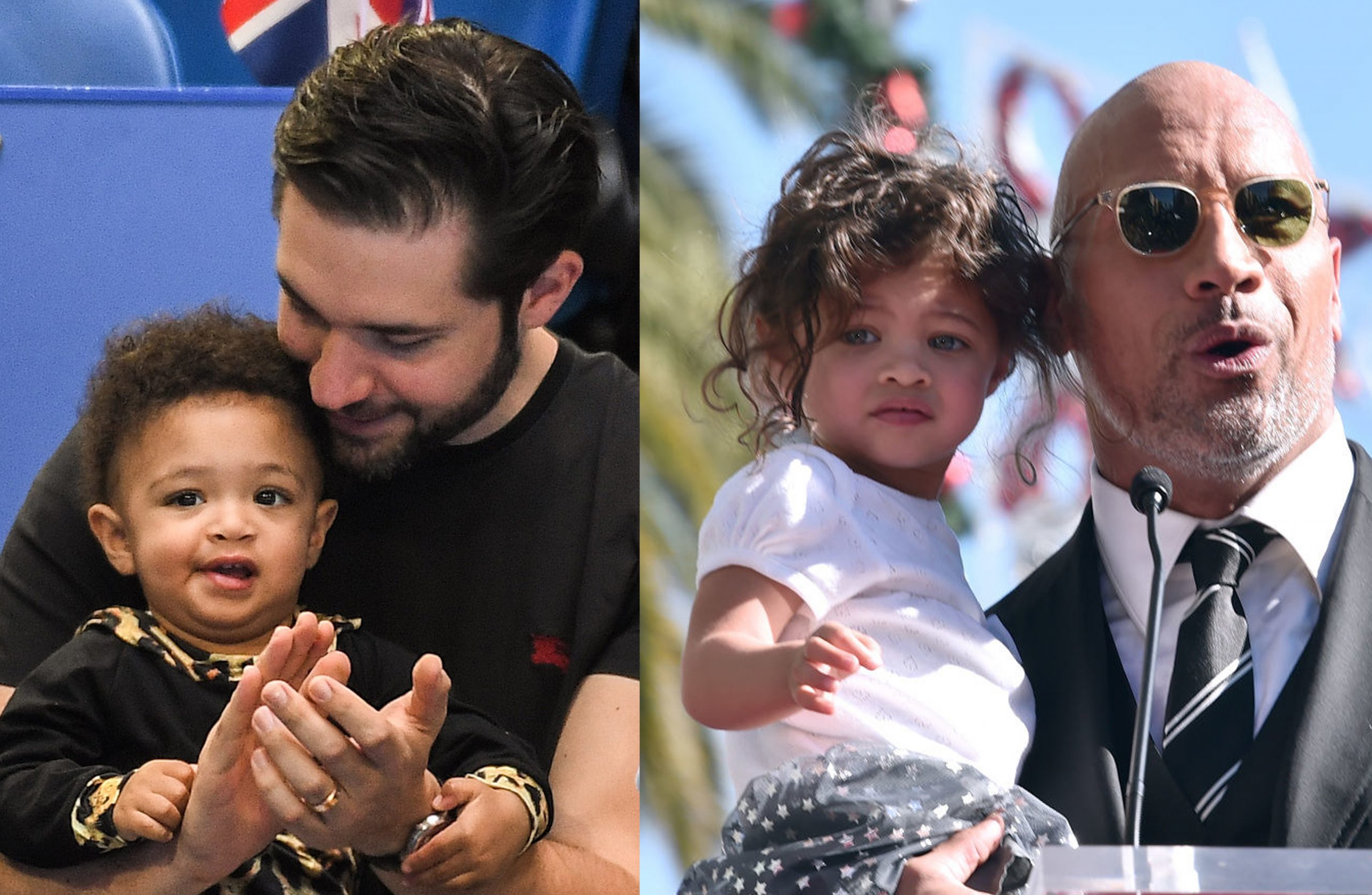 Recently, Serena’s husband agrees with Dwayne Johnson on a social media post about being super dads! Whenever we hear the name of Dwayne “The Rock” Johnson, we get to imagine him how we see him in movies- an action hero, all muscle and grit fighting against the monsters and villains, and whatnot.

But over the years Dwayne Johnson has set some amazing and heart-touching examples about raising daughters. It proves that whether he is on screen or not, he is always a sweetheart. And for sure, that he seems to be sweeter and more caring when he is with his three daughters: Simone, 18, Jasmin, 4, and Tiana, 2.

The Rock likes to post pictures with his daughters on social media. Similarly, his latest social media post was about telling a story about one of his scars to Tiana and Jasmine, two of his daughters.

Dwayne: So daddy got this scar when he fought a huge, scary dinosaur;

Dwayne: Well, the dinosaur daddy fought is a very special one.

Me: so daddy got this scar when he fought a huge, scary dinosaur ? Tia: Whooooaa really? Me: Yup. Jazzy: But, daddy I thought dinosaur’s weren’t alive anymore? Me: Well… the dinosaur daddy fought is a very special one. Tia: What’s his name? Me: Uh.. WHO WANT’S ICE CREAM!? Jazzy/Tia: I DOOOOO!!!! Me: * starts “Daddy, Daddy, Daddy” chant ?✊? #weekendvibes #daddytime ??

Serena’s husband agrees with Dwayne and also shared his story after seeing the post. Alexis Ohanian commented there, “Girl dads are undefeated.” The post was full of comments from the acquaintances who shared their sweets memories and sarcastic comments too.

Lolo Jones, an American hurdler, and bobsledder responded with a funny comment to Dwayne Johnson’s post. “Real truth: you got the scar from falling after stepping on one of your kid’s legos,” Seems like all the super dads are having a get-together!

Not only this particular post but from the very beginning Dwayne has been proving himself a loving father. A few days back Hashian and Johnson welcomed their second daughter: Tiana Gia Johnson. Dwayne took to Instagram to share the news with the world.

Once he also gave an interview on his thought of being a super dad. He said, “I was raised and surrounded by strong, loving women all my life. Your crazy dad has many responsibilities and wears many hats in this big old world, but being your dad will always be the one I’m most proud to wear.”

There are mornings in life where there are no words.. this is not one of those mornings. Jazzy, let daddy tell you his goals. By 5, you'll be looking people in the eye when you firmly shake their hand. By 8, you'll know how to fish, drive daddy's pick up truck and do cardio. And by 10, you'll be able to directly say to people, "Great job, I like it a lot, but let's see how we can make it better". Helluva plan right sweetheart? Buh! *she points to the ground at a bug. It was a good talk. #DaddyDaughterMoments #TeachEmYoung #PickUpTrucks #AndBuh 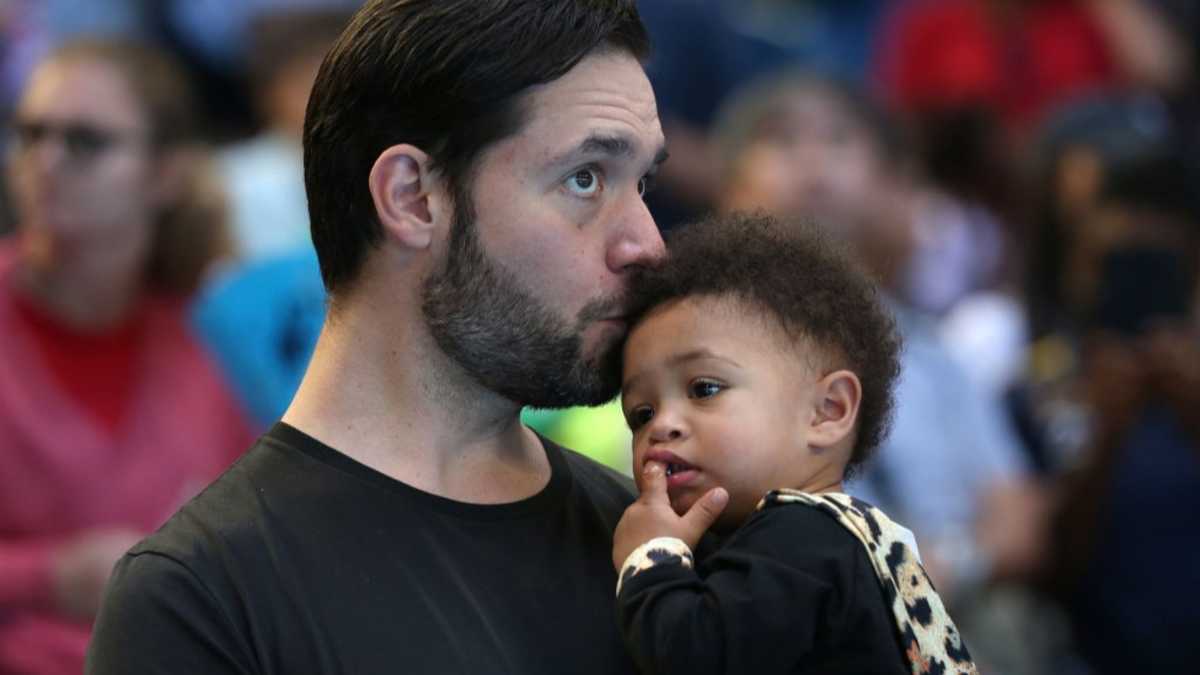 Recently, Serena Williams’ spouse shared two moments with him and their daughter, Olympia, which were also too cute to handle. Serena’s piece of work was more on the abstract side, making both Alexis and daughter Olympia give some thumbs down on whether the Play-Doh creation looked like the co-founder of Reddit or not.

I mean how cool is that for a toddler!

Serena Williams and Alexis Ohanian have begun teaching their daughter how to count and the little girl proved that she could make it up to 5 in a video. Then again, she exercised the spelling of the word “tomato” in a short trip to the garden.

Not to mention, during the pregnancy period, Alexis was more alert and never missed any chance to look after the would-be mommy. He surprised everyone by taking paternity leave from his office.

He said in an interview, “I get that not every father has the flexibility to take leave without the fear that doing so could negatively impact his career. But my message to these guys is simple: Taking leave pays off, and it’s continued to pay dividends for me two years later.”

Amid all those negative patriarchies of our society, these dads are really ahead of their time. Blessed daughters they have!

Top 10 greatest moments of The Undertaker in WWE history
12 Best WWE entrance songs of all time: Then, Now, Forever