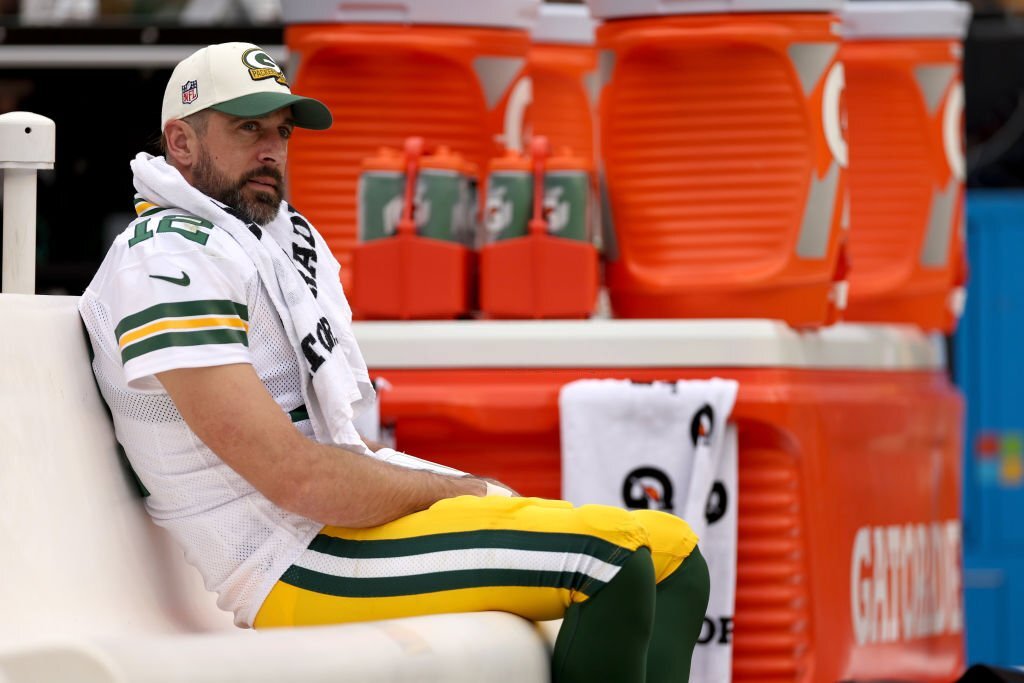 Aaron Rodgers, the quarterback for the Green Bay Packers, had a terrible game on Sunday, throwing three interceptions inside the red zone and leading the Packers to a 15-9 defeat on the road against the 2–2 Detroit Lions at Ford Field.

It’s becoming more likely that Aaron Rodgers‘ temper will flare at some time this season.

Although Rodgers had an MVP season in 2021, he has suffered a significant drop-off this year due to his inability to establish a rapport with his receivers after Davante Adams’ departure. The fact that the Packers were unable to trade for a top-tier receiver didn’t help things, either.

So it was no surprise that Rodgers’ emotions showed on Sunday during their Week 9 showdown against the Lions when many promising drives stalled. Fox cameras focused on Rodgers as he yelled obscenities from the sidelines after he threw an interception in the end zone on a deflected throw.

This is the first pick.

Aaron Rodgers is picked off the endzone after the ball was deflected at the line.

Redzone turnover for the #Lions defensepic.twitter.com/fNsLxakAib

Rodgers’s reaction was as follows:

Aaron Rodgers is not happy on the sideline after his last throw was tipped and picked in the end zone.

After this, his followers publicly ridiculed him on social media.

Why he mad? That pick was his fault https://t.co/F1F1zGDsOV

Who is he yelling at? Bet it’s the guy who threw a ball directly at a line backer. https://t.co/wJ46aQLN08

As a whole, Aaron Rodgers’ performance against the Lions was unsatisfactory. He probably won’t want to remember much of that performance. The legendary quarterback only passed for 291 yards. Against a defense that hasn’t done a great job of keeping opposing offenses out of their end zone, he only managed to throw one touchdown pass. Even though his offensive line was targeted 43 times, Rodgers only completed 23 of them. Three of his throws were picked off by the Lions’ defense, which was the icing on the cake. Certainly is not something a star quarterback wants to see in his stats.