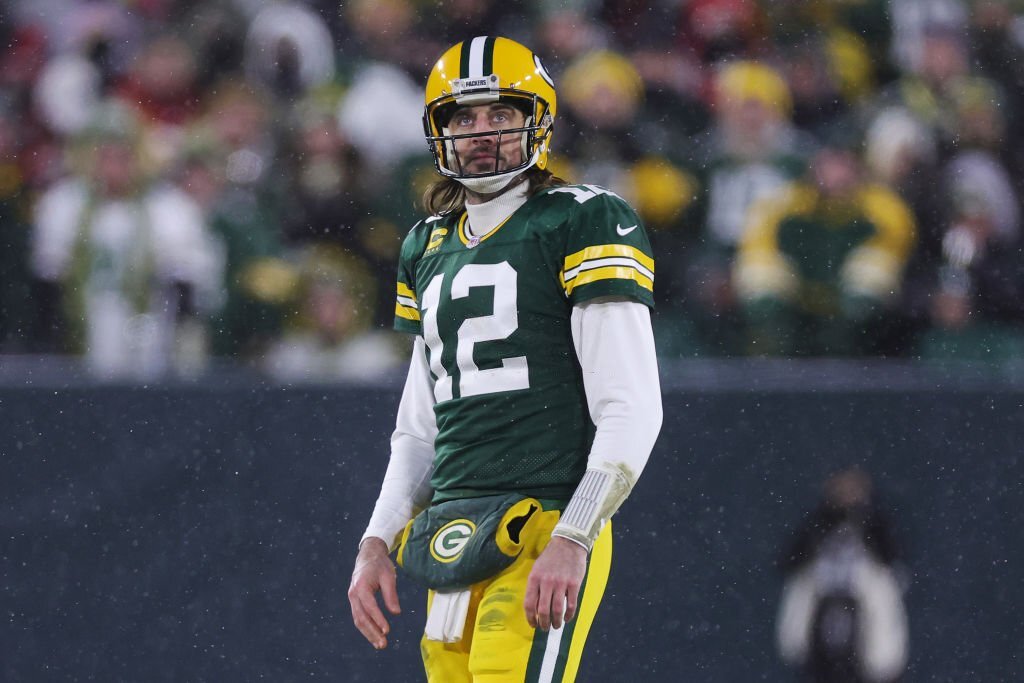 Early in training camp, Packers quarterback Aaron Rodgers praised the team’s receiving group and had specific glowing things to say about youngster Romeo Doubs’ performance. When he addressed the wideouts at his Tuesday press conference, Rodgers was less giddy.

The team’s younger wideouts impressed Rodgers in last week’s preseason opener, which he missed, but they lacked the team’s desired level of precision in Tuesday’s joint practice against the Saints.

“It’s unfortunately some of the same guys,” Rodgers said after a choppy practice against the New Orleans Saints on Tuesday. “Repeat mistakes [are] a problem, so we’ve just got to clean those things up a little bit. The young guys, especially young receivers, we’ve got to be way more consistent. A lot of drops, a lot of bad route decisions, running the wrong route. We’ve got to get better in that area. But I felt like the line for the most part held up pretty good, which was good to see.”

Aaron Rodgers didn’t hold back on wanting more from his young receivers: “We’ve got to be way more consistent. A lot of drops, a lot of bad route decisions, running the wrong route. We’ve got to get better in that area.”

Allen Lazard, whom Rodgers believes has a chance to be a true No. 1 receiver, was not the target of his frustration. In addition, Rodgers is confident in Randall Cobb, who he considers to be one of the league’s top slot receivers, and he also added free agent acquisition. Sammy Watkins had a stellar practice day.

However, Rodgers was less than pleased with the other receivers who committed numerous errors in the penalty-filled practice, which also saw youngster Romeo Doubs drop a pass that Rodgers said was his finest attempt of the session.

Despite having some successful preseason performances for the Packers, including a 33-yard touchdown against the 49ers, fourth-round draft pick Doubs has also struggled with drops, including two in the first preseason game. After beating Saints CB Bradley Roby deep down the right sideline on Tuesday, he let one slide through his fingers.

When asked whether he was talking about that play as part of his criticism, Rodgers said: “No, not necessarily, but that was my best throw of the day.” The struggling receivers must pick up the pace immediately, according to Rodgers, or they won’t be able to play.

A lot of it is just the simple responsibility in the offense. Way before body positioning and movement and throw, and all that stuff, are you in the right spot at the right time? Are you running the right route?”