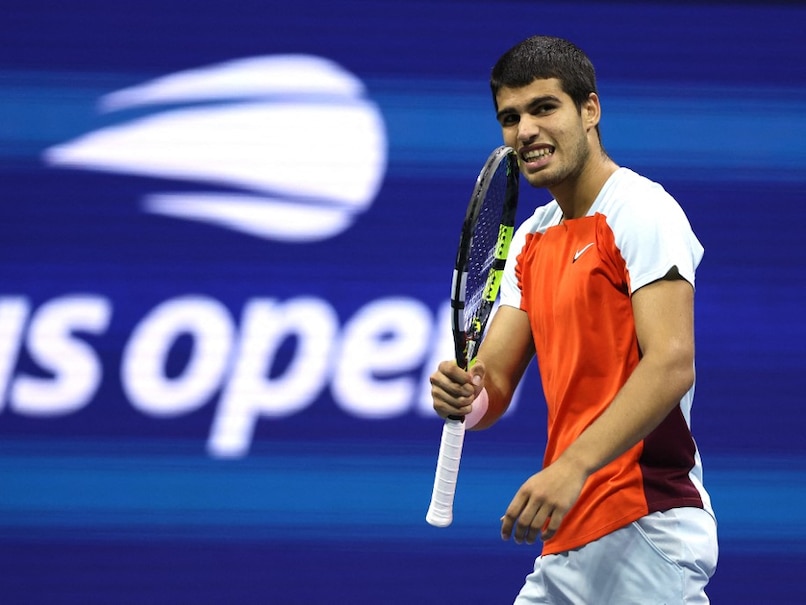 These days, it appears like the U.S. Open turns into a significant life event which resembled a British teenager who had only graduated high school a few months prior appeared in New York for the qualifying event in late August of 2021 and Emma Raducanu departed the city three weeks later as a Grand Slam winner and worldwide superstar.

The same thing happened this year for Carlos Alcaraz, 19, who is on the verge of clinching his first major Grand Slam in the men’s category on Sunday.

What did Carlos Alcaraz actually say ahead of his finale against Casper Ruud?

This time, Frances Tiafoe, a dynamic 24-year-old with a lot of untapped potential, made the transition from virtual unknown to a player who could get Jamie Foxx and Michelle Obama, the former first lady, to watch him play.

But Carlos Alcaraz, a 19-year-old star from Spain who now appears ready to be the one to have his life altered by the United States, was encountered by Tiafoe on Friday night. Carlos, who triumphed in a quarterfinal match that lasted more than five hours and didn’t conclude until almost three in the morning, found the energy to return and eventually, Tiafoe lost in five sets on Thursday, winning in 6-7 (6), 6-3, 6-1, 6-7 (5), and 6-3.

Following an interviewer question about how to prepare for the finale, Spanish prodigy Alcaraz expertly explained, “I’m gonna handle the nerve and I’m gonna enjoy the moment.” 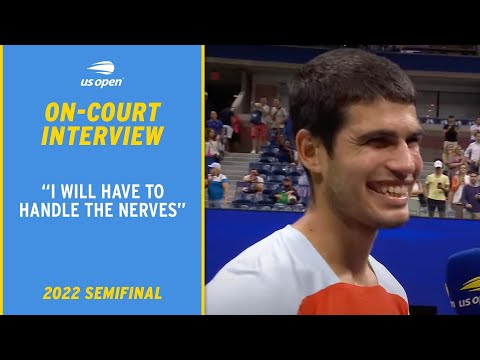 Carlos then confidently said, “It’s amazing to be able to fight for big things,” when he was asked about whether he is nervous or not to face Norwegian player Casper Ruud on Sunday in the Arthur Ashe stadium.

It consumed almost all of Alcaraz’s resources and in his two previous matches, he had played about ten hours of tennis, which comprised ten arduous sets, as a result, Alcaraz did not participate in practice on Thursday and just played the game on Friday for 30 minutes.

Whatever emotional and physical energy he managed to conserve, he needed it all for a fight that saw him on the ground, level, coasting, and then being clawed back by a rival determined not to lose the spotlight and then he was ahead again in the last set, and everything was even once again.

Carlos Alcaraz became the youngest adolescent man to reach a Grand Slam final since Rafael Nadal won his maiden French Open in 2005 when it was eventually over, shortly before midnight, 4 hours 18 minutes after it started. Nadal has won 22 matches in his career, with that one being his debut.

Alcaraz will move up to No. 1 in the global rankings if he defeats Ruud on Sunday, and who knows how many more Grand Slams he will win.