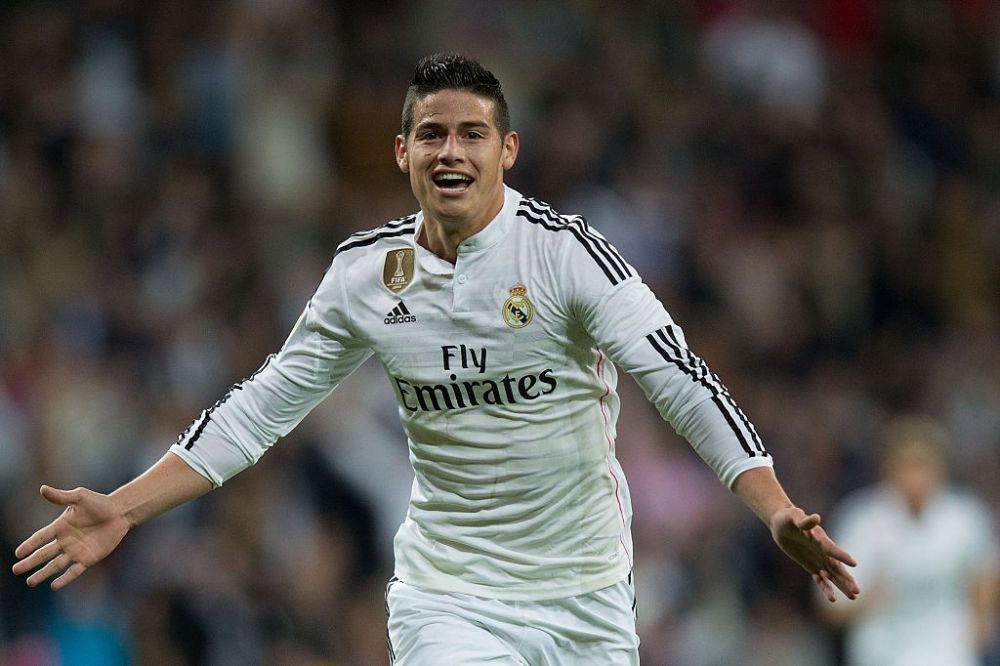 James Rodriguez is reportedly close to signing for Everton from Real Madrid and the deal is expected to be completed soon.

The 29-year-old has been on the peripheries of the Los Blancos squad in recent times and managed just 14 appearances in all competitions last season, as rumors of a rift between him and Zinedine Zidane spread.

He had expressed his frustration with his situation and stated that the club stopped him from leaving in the past.

“Not playing is frustrating,” he explained in an interview

“I know I have the conditions to always play, but because of other people I can’t do it.

“If I were a bad footballer then I would accept it, but I’m a person who will always want to win and compete.”

Addressing his relationship with Zidane and desire to leave the club, he said:  “He [Zidane] has his own tastes for some players and you have to respect that, I don’t get involved with things like that,” he added.

“When you see that you don’t have the same opportunities as your teammates, it’s difficult. I wanted to leave and the club wouldn’t allow me to.

“I wanted to go somewhere where I would have played, as I knew that I wouldn’t have chances to do that under Zidane because he already has his base.”

James Rodriguez, however, enjoys a better relationship with Carlo Ancelotti -who has managed him twice in the past – at Real Madrid and during his loan spell with Bayern Munich.

It was the Italian manager that convinced Rodriguez – fresh from a spectacular performance at the World Cup – to join Real Madrid in the summer of 2014.

The former Monaco man had a memorable debut season at the Bernabeu but things slowly unraveled and he found himself out of the starting lineup after Ancelotti was sacked.

A two-year loan spell to Bayern Munich was taken but again, Ancelotti was relieved of his duties shortly after and the Bavarians elected not to make the move permanent.

Now, with just one year left on his contract, James Rodriguez is eager to leave the Spanish capital and it appears that his next move would be to Everton.

The Merseyside outfit have been linked with the Colombian international since Ancelotti took over and it appears that he could be set to complete a transfer worth €25m.

James would reportedly take a pay cut and is expected to complete his medical this week ahead of the move.

He had earlier talked up a move to the Premier League, saying:

”I’ve already been in several good leagues and the only thing missing is Serie A and the Premier League. You have to see where I want to go or where they want me to go,”

”Going to England would be a good thing, it’s a top league.”

Everton would begin their Premier League campaign on September 13 when they travel to face Tottenham.

Hugo Lloris not planning to watch Amazon Prime documentary All or Nothing: Tottenham Hotspur
Ivan Rakitic undergoing medicals at Sevilla ahead of transfer to former club