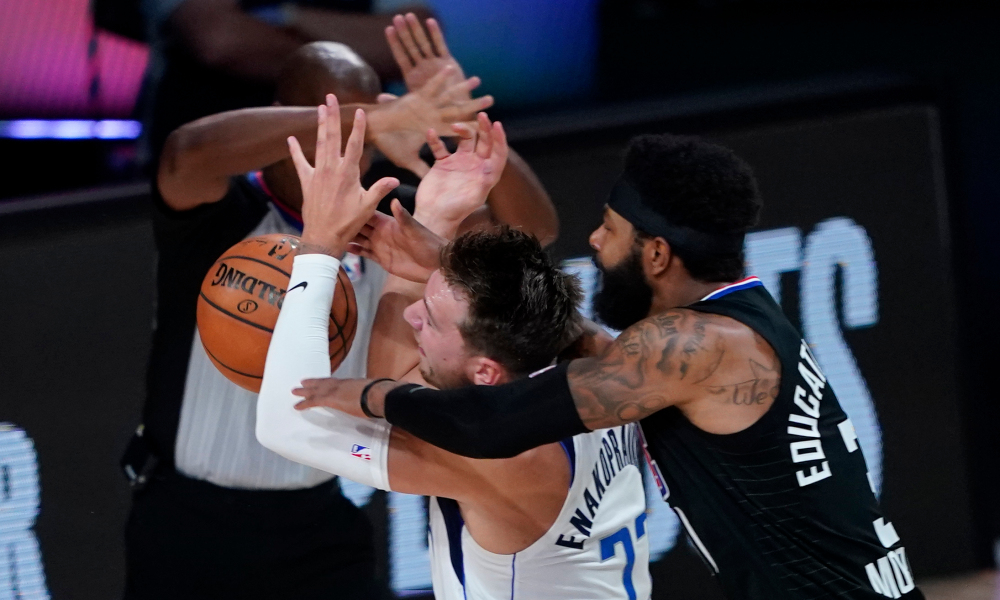 The battle between Luka Doncic and Marcus Morris Sr. was in the headlines during the first-round series between the Mavs and the Clippers. The same creates headlines again on Game 6 when Morris got ejected within the first quarter after a harsh defensive tackle on the Mavs star.

Doncic was full of criticism about the tackle as what he termed as “terrible foul.” “Two games in a row he did something like that. I really hoped the first one wasn’t on purpose but looking back at the foul this game, you know what I think. I don’t want to deal with that kind of player.”

‘Terrible foul. Two games in a row he did something like that.’

Mavs are out of the playoffs after losing the 4th game of the series on Sunday evening in NBA Bubble. Kawhi Leonard again led the charts for the Clippers who won the game with 111-97 scores. Leonard has now scored in the thirties five-game straight. He has been the MVP of the series.

The loss increased the frustration of Doncic who burst out during the interviews. But, the real tension started in Game 1 when Morris jawed at Doncic. In the previous game, Morris stepped on Doncic’s left foot which now seems a deliberate attempt to injure the Slovenian national. Since then, the rivalry was shaping up which ended in an ejection for Morris.

Morris was quick to respond to the allegations directed at him. On his official Twitter handle, Morris talks about the respect he has for the game and the players. And, he would never knowingly injure someone on and off the court.

I play this game with a level of respect for myself and other players. To think I would try to injure somebody is crazy to me. 10 years going against the best. I stand on morals and hard work. I compete and leave it out there every game.

Despite desperate attempts, Morris and co. could not stop Luka Doncic from putting impressive numbers. He became the first player ever to average 30 points, 8 rebounds and 8 assists in his first playoff series. With Porzingis sidelined with Meniscus Tear, Doncic tried his best to take Mavs home. But putting a well-balanced Clippers down was too much to ask from the Mavs.