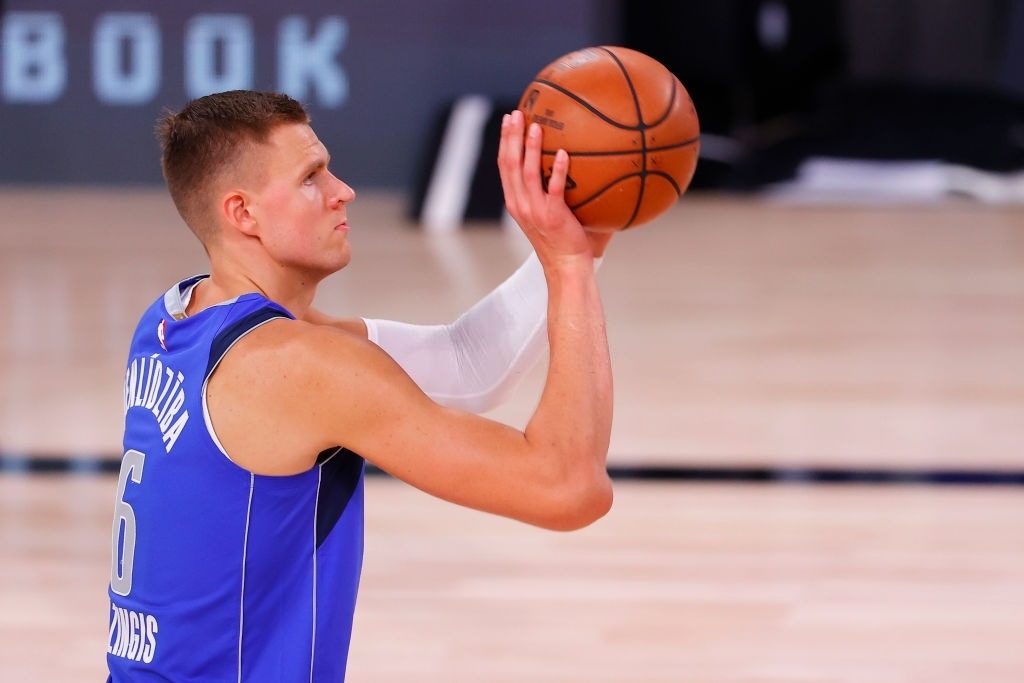 Mavs Kristaps Porzingis has been ruled out of the remaining matches against LA Clippers after getting a lateral meniscus tear on the right knee. Dallas Mavericks issued a statement on Friday evening giving updates on Porzingis’ injury which he sustained in game 1.

Mavs power forward continued playing the next two matches of the series with this injury. Despite having a bad knee, Porzingis went on to score 36 points and 13 rebounds in the game 3 against Clippers.

However, in game 4, Mavs kept Porzingis on the bench without giving any updates about his injury. This act raised suspicion on fans’ minds as Kristaps was seen uncomfortable during the last minutes of the previous game.

UPDATE: KP is out for today's game.

Now, as the confirmation arrived, Mavs will be playing the next two super-important encounters without their big man. It will surely raise some concern in the team as Mavs Kristaps Porzingis is one of the key men in the squad and was performing brilliantly.

The Latvian international missed a season and a half in 2018 after tearing his left knee ACL. During that time, Mavs bought him from the Knicks and paired him with their rising star Luka Doncic.

The combination was working well for the Mavs as the franchise entered NBA Playoffs this year after a 3-years hiatus. Porzingis put an average of 20.4 points with 9.5 rebounds during the 57 games he played in the regular season. He complimented Doncic quite well.

Now it’s time to see if Mavs can outclass the Clippers’ 3-2 lead by winning the next two games. It will surely be a challenging task without their 7’2” power forward.