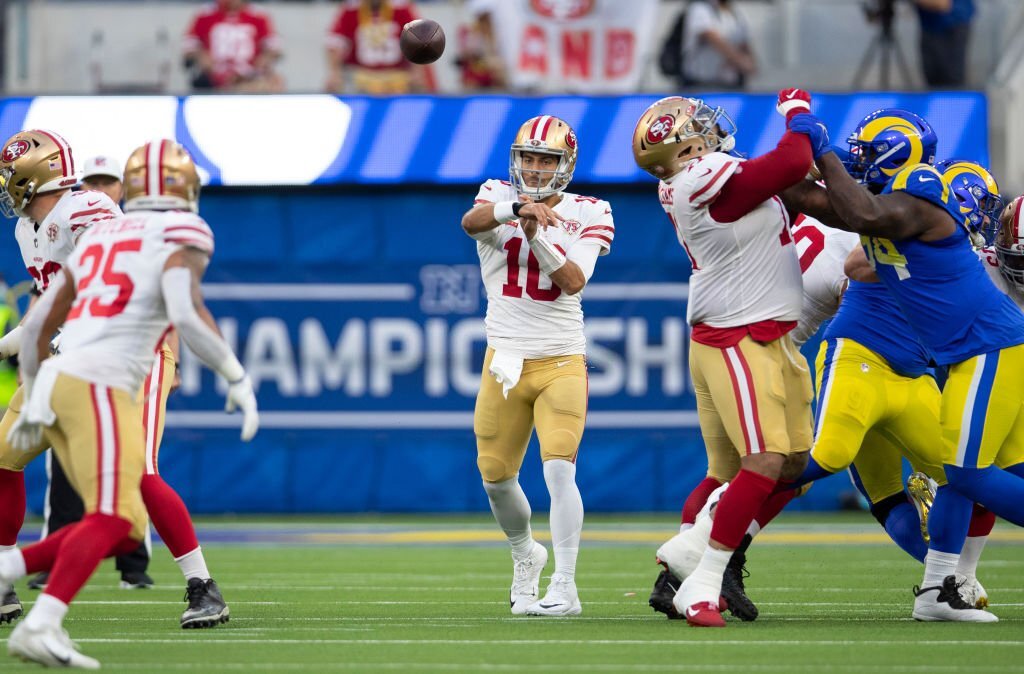 If you thought Jimmy Garoppolo’s relationship with the San Francisco 49ers couldn’t possibly get much worse, wait until you learn about the disappearance he pulled after agreeing to a significant contract with the franchise. Even after the Niners signed him to a five-year, $137.5 million contract, the quarterback would ditch them, according to a damning article in the San Francisco Chronicle.

“Once he left that press conference nobody heard from him for weeks and weeks,” an unnamed assistant coach from the 2018 staff told the Chronicle’s Mike Silver. “He didn’t return calls, he didn’t return texts — he basically just vanished. And we were looking at each other going, ‘What just happened.'”

Report: Jimmy Garoppolo repeatedly ignored coaches after the #49ers made him the highest paid QB in NFL history.https://t.co/KEw6FrhDBE pic.twitter.com/8lrcXq5E61

It should go without saying that this sort of conduct won’t entice other NFL teams to sign Garoppolo, who, according to Peter King’s Football Morning In America, isn’t even working out with the 49ers this preseason.

Only the Cleveland Browns have shown interest in trading for Garoppolo, and they are still waiting to see if Deshaun Watson’s six-game suspension will be extended to a full season. Garoppolo will probably be released by the Niners before Labor Day at this point, according to Peter King.

According to chief NFL analyst for CBS Sports Jonathan Jones, the Browns are currently essentially in a “wait and see” mindset. They basically won’t act until they are certain of Watson’s future course of action. A potential deal, according to Jones, could be complicated by Garoppolo’s contract.

49ers head coach Kyle Shanahan tells @timkawakami that Jimmy G could be headed to another team.

What team would Garoppolo fit best with?

The 49ers quarterback’s contract is about to expire, and any team that acquires him through trade would have to be able to cover his salary, which is set to be $24.2 million in 2022. It’s unlikely that the Browns will ask Garoppolo to accept a wage cut or try to get the 49ers to cover some of it.

Because they can just fire Garoppolo before the start of the season and owe him nothing, the 49ers have no reason to pay any of his money. The Browns agreed to send a portion of Baker Mayfield’s salary to the Panthers as part of the transaction since the quarterback’s contract was guaranteed, meaning that even if the Browns had fired him, they would still owe him his full salary.

Although there’s no certainty, Garoppolo might be willing to take a price reduction in order to expedite a transaction, especially if he believes he can make more money as a free agency. If he was released, he could sign with any team, and it’s not absurd to believe that a team like the Seahawks may be eager to provide him a big offer.