Why do the LA Clippers keep coming up short in the playoffs? A look back into their past 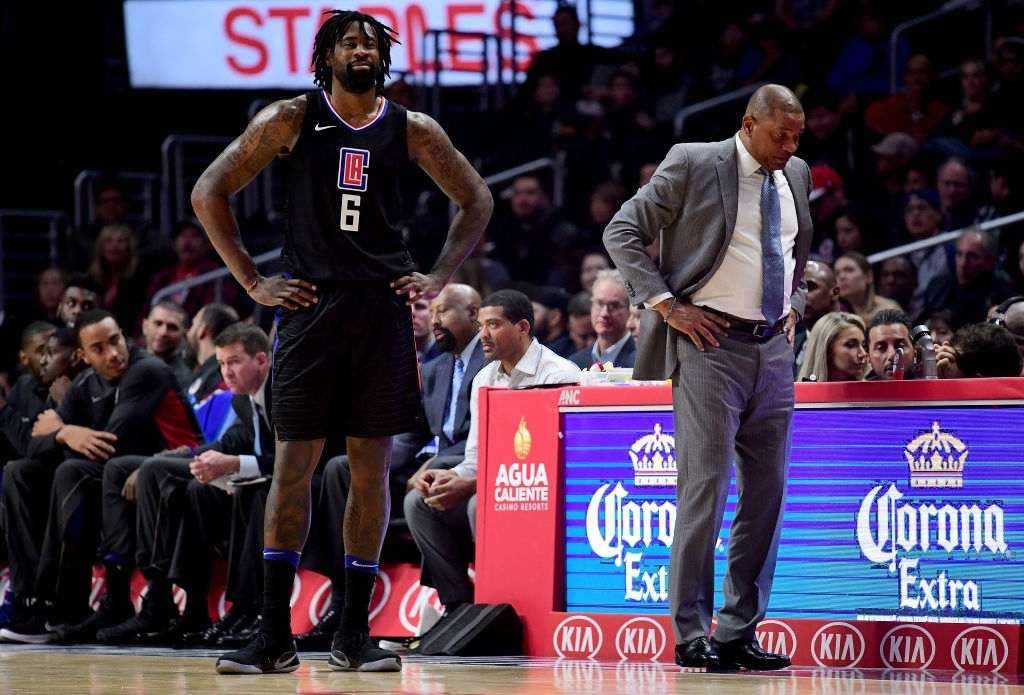 The LA Clippers blew their second 3-1 lead in a Conference Semifinals match-up in just over 5 years yesterday. They blew 2 consecutive 16-point leads in games 5 and 6, and wilted completely in the second half of Game 7. So sorry was their collapse that they did not score a single field goal in the 4th quarter till less than 5 minutes left in the game.

Why does this franchise fare so poorly in the playoffs? Many experts tipped the Clippers to be title favorites before the season began. Even after they finished quite off the pace set by the Lakers in the regular season, people stuck to their guns. The Clippers were made to work for their first-round win over the Mavs. This was despite the absence of Porzingis for most of the series.

They rode on their offense to get to a 3-1 lead against the Denver Nuggets, who were cold from the 3-point line for most of the series. It took a stupendous turnaround in Game 5 for them to get their shooting back on track. While this wasn’t the first time the Nuggets came back from a 3-1 hole in these playoffs, it was an abomination for the heavily favored Clippers to be outplayed on both ends by a younger team.

The last time this happened was in the 2015 playoffs when the Chris Paul led Clippers romped to a 3-1 lead over James Harden’s Rockets. All 3 of their wins were by blowout margins – they outscored the Rockets by 20 points in the series.

They were so far ahead in Game 6 of that series that the Rockets starters were taken off the floor. The heroics of an old Jason Terry, Corey Brewer, a washed Josh Smith and Dwight Howard got the Rockets back in that game. The Rockets did not let this opportunity go, blowing them out with a 113-100 win in Game 7.

The Clippers have always been an afterthought in Los Angeles. The town has always belonged to the Lakers. In fact, Los Angeles is so Lakers-dominated that most of the Clippers’ season tickets end up in the hands of Lakers fans. Local support will seemingly always be more for the Purple and Gold brigade.

The Clippers have, however, been the more relevant side with title aspirations over the past decade. This corresponded with a shocking fall in the Lakers’ fortunes, as they went through the longest playoff drought in their existence of 7 seasons. It took the Anthony Davis trade for the Lakers to get back into title contention.

The Clippers’ misfortunes this day are nothing compared to the first 42 seasons of their existence, however. Initially located in Buffalo and subsequently in San Diego for 6 years, they made the playoffs only 4 times in their first 28 seasons since relocating to Los Angeles in 1984.

League MVP Bill Walton, who was signed as a free agent in San Diego in 1979, never got healthy enough for the team to have success during his 6 seasons with the franchise. The Clippers did not have a single winning season with the player commonly acknowledged as the greatest college player of all time.

They only made the playoffs twice in the 1990s, losing in the first round on both occasions. Their best pre-Chris Paul season was 2005-06 when they took the Phoenix Suns to 7 games in the Conference Semifinals.

The Lob City era Clippers are still probably the best team the Clippers have had, given how abjectly this season’s team has underperformed. However, under new owner Steve Ballmer, things will trend upwards for 2-3 seasons if they manage to retain Kawhi and Paul George. Trading 5 picks for George last summer does, however, look like a rookie move in hindsight.

A move to The Forum for a few seasons before the inauguration of the Inglewood Basketball and Entertainment Center in 2025 may signal a change for the better for the franchise, who holds the unenviable record of having the longest drought of Conference Finals in American sports.

Clippers vs Nuggets: Whom Lakers would prefer as their WCF opponent?
Jokic and Murray’s historical performance in Game 7 against Clippers