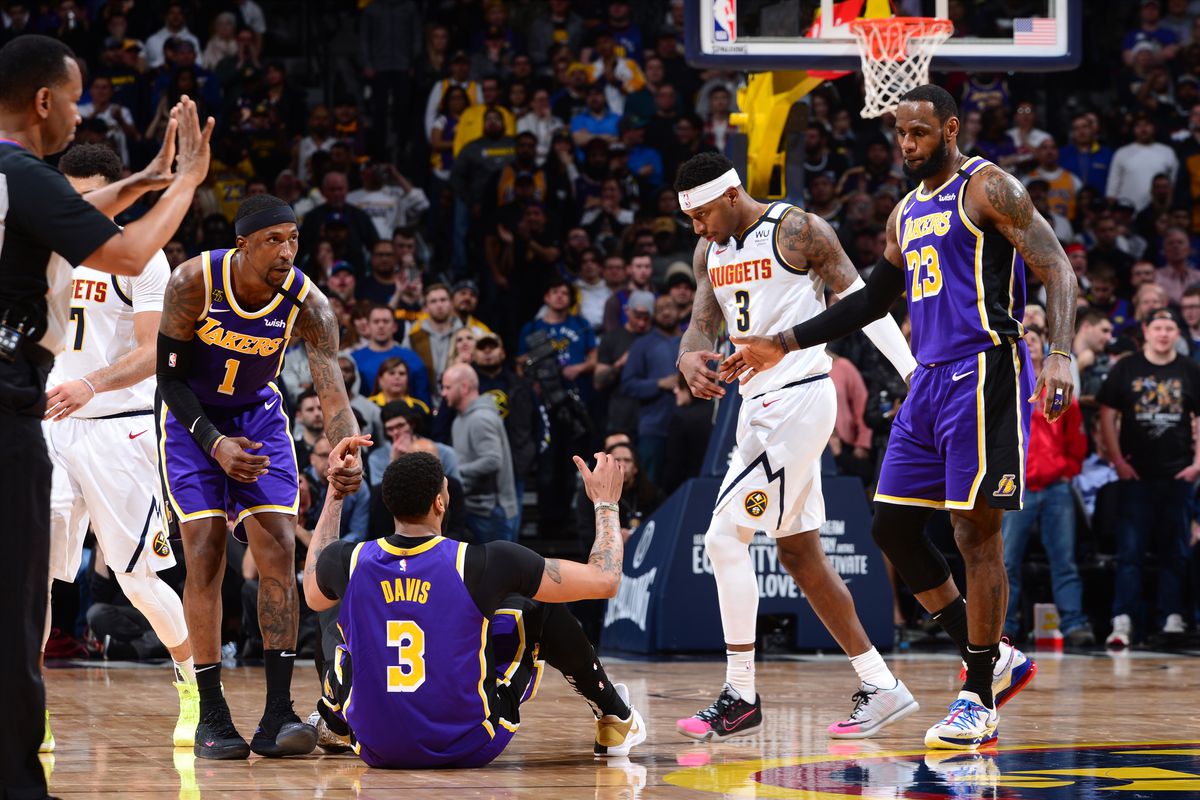 LA Lakers emerged victorious against their Western Conference rival Denver Nuggets in a nail-biting finish. It was the young Kyle Kuzma who ensured Lakers’ victory by scoring the final 3-pointer of the night in the last 4.5 seconds of regulation time. The game ended 124-121 in Lakers favor.

WHAT A SHOT BY KUZMA ? pic.twitter.com/l0KKnjfJOd

The final quarter had lots of heart-wrenching moments for both the sides. At one point, Nuggets were enjoying a healthy 7 point lead with only six minutes left on the clock. However, LeBron and Co. had other ideas.

The game started with Lakers’ domination. The franchise from LA won the first round with 31-25 points. However, Denver soon made a comeback by winning the next two quarters. After the end of the third quarter, it was an even battle as the scoreboard displayed 88-88.

Nuggets started the final quarter with back-to-back three points from 23-years old Dozier. As the game progressed, it seemed the Lakers were going away from triumph. A couple of quick 3-pointers from Davis and Kuzma helped Lakers to cut down the points difference.

It was King James who gave Lakers the lead for the first time in the 4th quarter with only 45 seconds remaining on the clock.

When we thought the drama is over, JaVale McGee committed a foul on Dozier. The ref awarded two free-throws in Nuggets favor. However, Dozier failed to fully capitalize on it as the Denver point guard went one-for-two making the scores tied at 121 each with 4.5 seconds remaining.

The call was upheld, but Dozier split the FT’s and the game is tied at 121 with 4.5 seconds left. Lakers take time out to advance the ball.

It was now-or-never moment for LA to capture the final lead along with the game. When Kuzma netted the ball from Davis’ assist, the game had only 0.4 seconds of play left. Thus, the Western Conference leaders grabbed another breath-taking win from the jaws of defeat.

Fun Fact: After nearly a decade, LeBron James had a zero rebound game today against the Nuggets. Before that, it was November, 2010 when the legend didn’t score any rebounds.

Another Star of Clippers on the injury list, Kawhi not playing on Saturday against the Portlands
Top 4 teams with a chance to win the NBA championship 2020