Lakers in NBA Finals: Will LeBron James bring the ring to the Lakers Nation again after 10 years? 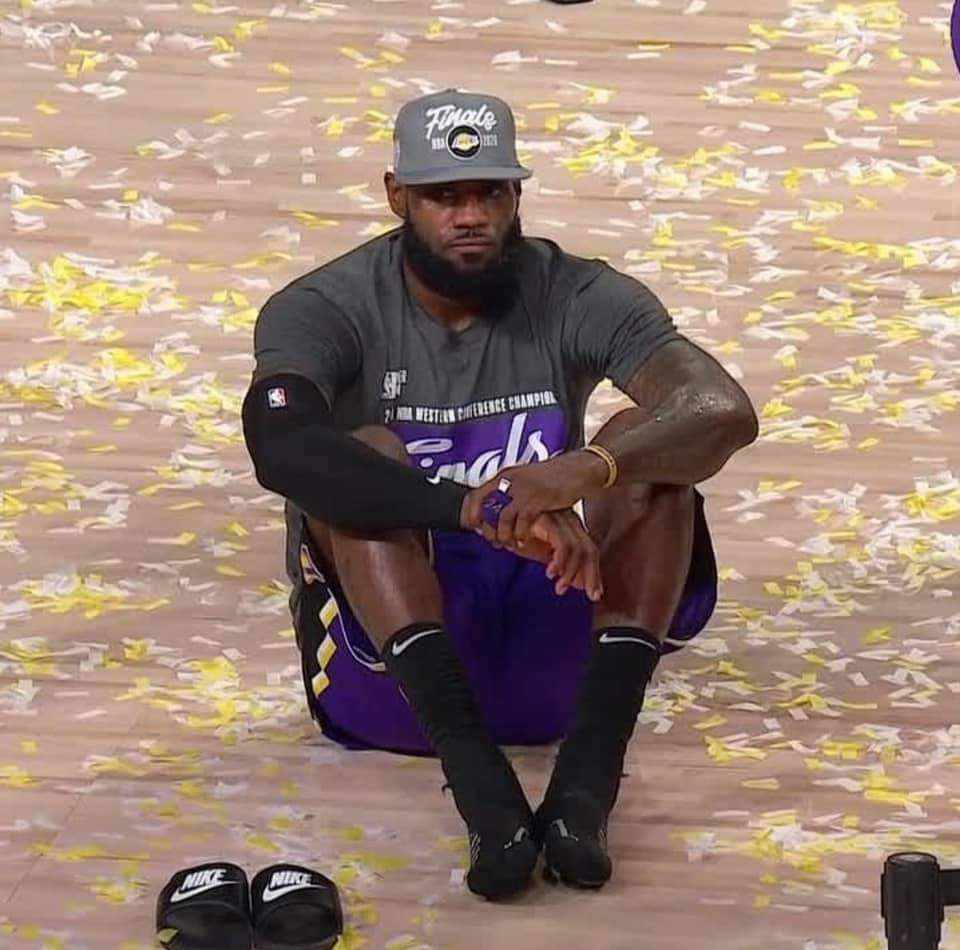 LeBron James might have grown up in Akron, Ohio, but according to Kendrick Perkins, his home is in the NBA Finals. Now the Lakers are in NBA Finals and all credit goes to none other than the King James. The King has lived 58% of his career in the NBA finals. This will be LeBron’s 10th NBA finals appearance in his 17 seasons. The Los Angeles Lakers are the third team for Bron to carry to the finals. He has carried before two other clubs, namely, the Miami Heat and the Cleveland Cavaliers. But this time, LeBron James is not doing it for his legacy, but for  Kobe Bryant, who passed away months ago. So in memory of the Black Mamba, the Lakers will be playing the Heats with Mamba Mentality.

This is why the Lakers are going to win the NBA Finals and LeBron to touch the milestone of winning 4x championship.

The Lakers vs. Heat is a matchup that many people were hoping and dreaming for all their life including  Stephen A Smith. The Lakers have two superstars on their roster, LeBron James and Anthony Davis, who are currently the best duo in basketball. Besides, they have some other important players in their squad as well. The Lakers have an elite defense, and they are capable of hitting perimeter shots. They have players who have been in the NBA Finals before and had been a champion like Rajon Rondo. We all know that Rondo is not just the typical Rondo that you see in the regular season when it’s the postseason. He turns to the playoff  Rondo that every other team and coaches dare to face. If you had followed the Dallas and Denver series’s previous games, you would have seen the difference. 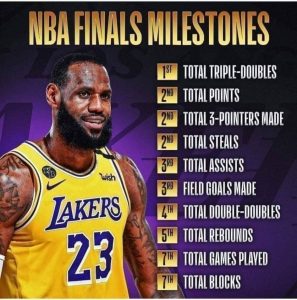 Rondo always steps up in the clutch time, making plays that boost every other player around him and forcing the opponent to take time out. LeBron can be at ease when rondo is there at his side because when Rondo is on the floor, LeBron doesn’t have to worry about being the facilitator all the time. That is way, LeBron can be more aggressive and continue attacking the rim or draw fouls. LeBron is averaging almost a triple-double in the postseason, and if he continues to play like that, there isn’t anyone who can stop him from getting the Finals MVP award.

So these were the key factors of the Lakers squad to get the victory. However, the Miami Heat looks strong, having Tyler Herro on fire and dropping 36 off the bench.

If you look at the Miami Heat squad, there isn’t any elite player in the squad. Even Bam Adebayo wasn’t playing like an All-star until this playoffs. So Bam is the only big man in the team. But the Lakers have a number of such quality players in the squad. They have elite defenders like LeBron, AD, and Howard. Let’s not forget Rondo, who is a great lockdown defender. So, I think the Lakers will take advantage of the matchups.

As we have seen in the previous series, Nikola Jokic was the only Big man in the team, and when frank Vogel decided to go big and put Dwight in the first five, Jokic went ice cold. So Jokic being the number one overall center in the league, he couldn’t handle the pressure even with his high-level basketball IQ and still got into foul trouble. So how do you expect Bam to not fall into the trap with Howard bothering him all the time?

Then you also have Anthony Davis, who is playing out of the roof in this postseason. AD is dropping a 30 in almost every game, and when he has hot hands, I don’t think there’s anyone qualified enough from the Miami Heat who can stop him.

Let’s look at some Disadvantages that the Lakers might have against the Miami Heat.

As Kendrick Perkins said, it’s not the Lakers vs. Miami. It’s LeBron vs. Pat Riley. We all know the history between the King and the Heat president Pat Riley. Friends turned foe; mutual respect turns to mutual disliking. But now the apprentice has evolved into a maestro himself. So that’s why LeBron said in the pre-game interview that this game would be very challenging. The King also added no extra meaning of winning a championship no matter who he is up against. Nonetheless, Riley was once the Mentor of LeBron in the Miami Heat, so he knows LeBron’s weakness very well. So that could be a disadvantage for the Lakers.

The second fact is that even though the Heats are considered the underdog for this NBA finals, they still have an advantage over the Lakers because the finals will be held in the bubble, and there wouldn’t be any crowd in the audience. There will be no Jack Nicholson or Snoop Dogg in the stance to give them a boost. Like we’ve seen in the last year, Finals where Drake was there to cheer the Raptors and motivate them all the way. So this time, the Lakers will not get the home-court advantage.

James has to play more minutes and be the King we know.

This is LeBron’s seventeenth season, but still, James is going strong. So being the leader of the team, it’s his duty as a veteran to lead the youngsters of the Lakers in winning the championship. LeBron made a promise to Anthony Davis and he fulfilled it by delivering the Lakers in NBA Finals. So the Lakers are just one step away from winning the championship trophy. The pressure is on LeBron because his legacy is on the line and the road to being the GOAT.

Where is Doc Rivers coaching career headed now?
LeBron responds indirectly to Kyrie’s jab at him defining his relationship with AD