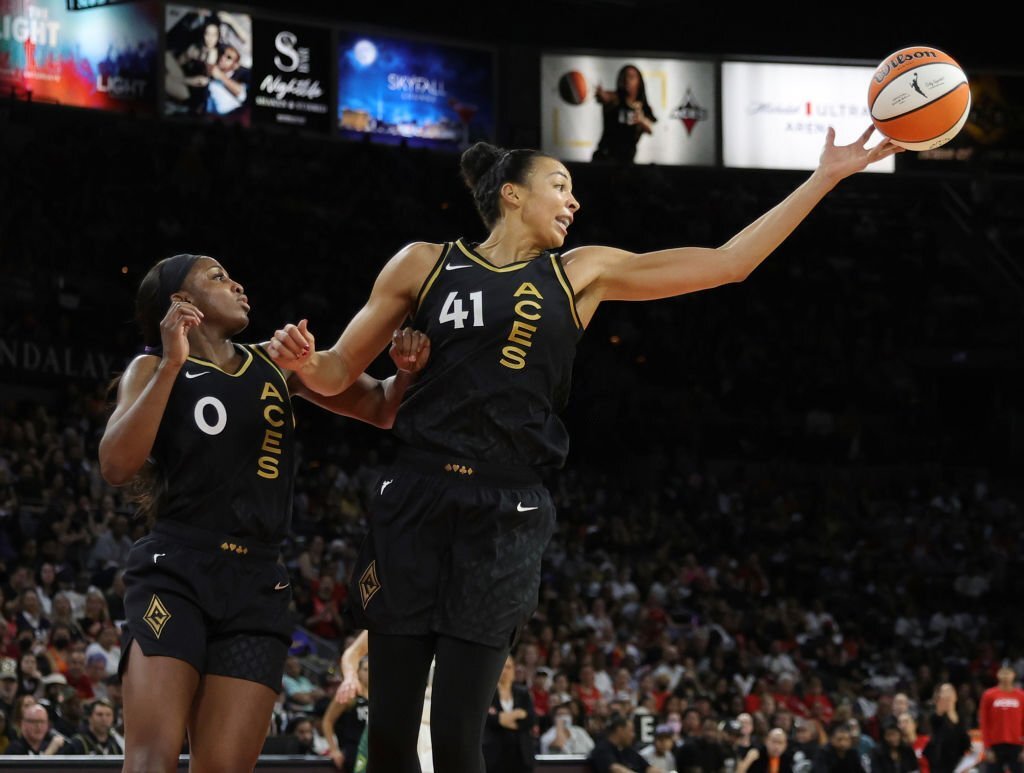 The Las Vegas Aces made it back to the WNBA Finals for the second time in the last three years by winning Game 4 of their semifinal series against the Seattle Storm 97-92 on Tuesday. The Aces are still looking for their first championship in franchise history despite this being their third appearance in the finals and their first since 2020.

The Storm, who were in danger of being eliminated, started off strong and briefly seemed like they would take a commanding lead in the first quarter. However, they were unable to get away at any point, which indicated how the game would end. As they once more traded blows until the very end, neither team ever held a double-digit lead.

Over the last few years, the Aces have experienced a lot of success. They have an overall record of 89-35 over the past four seasons, won a franchise-record 26 games this summer, and are currently making their fourth consecutive appearance in the playoffs. They have advanced to the finals in 2020 and have reached at least the semifinals on every occasion throughout this run.

But despite all that labor, they have no title to show for it. The Atlanta Dream, Connecticut Sun, and New York Liberty are the other three active teams that have never won the championship, making the Aces one of just four. They have a good chance to break that streak this season because they are the top overall seed and will have home-court advantage.

In the process, Sue Bird’s illustrious WNBA career was cut short by the Las Vegas Aces. The Seattle Storm point guard, a four-time champion and a 13-time All-Star, declared in June that this would be her last year.

Countless memories…. Thank You for everything Sue 💐 pic.twitter.com/B2CQAiShcC

The Storm received outstanding performances from both of their other players in an effort to prolong Bird’s career. Breanna Stewart tied Angel McCoughtry for the most points ever in a WNBA playoff game with a career-high 42 points. Jewell Loyd, a fellow All-Star, added 29 points, breaking her previous postseason career high of 26 points from Game 1.

Bird finished with eight points and eight assists, but she also committed four turnovers, which is more than she had in the previous round of the playoffs combined. Bird at least got to play her farewell game in front of the Seattle fans who had supported her for 20 years, even though she was unable to retire with a historic fifth championship.