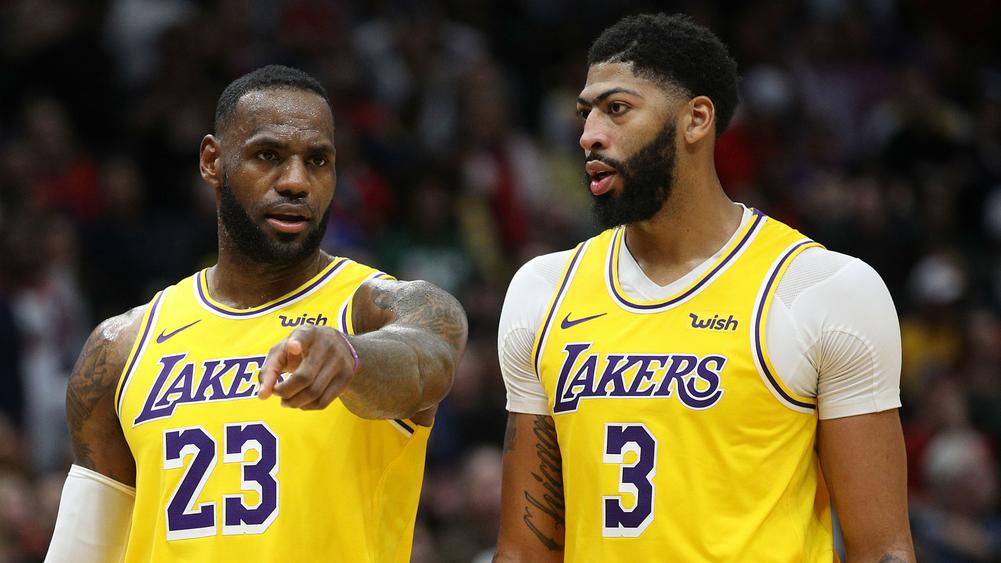 LeBron James is an undisputed legend of NBA and quite obviously for the Lakers ever since he joined them in 2018. But as King James is heading toward the twilight years of his career, he believes it’s time for someone else to take the lead of the Lakers.

It’s been quite a ride for LeBron in Lakers’ shirts, and who could be a better option than the 29-year old power forward Anthony Davis? Well, King James thinks exactly the same.

According to the sources, James had “been in [Davis’] ear about taking over the reins of the squad.”

In 2019, Anthony Davis, one of the most potential forwards in NBA history, was drafted by the Lakers into their team to strengthen their core, and it did pay off big time as they clinched the title in the very first season with him. More interestingly, that was the only season the Lakers had AD fully fit.

In the following seasons, the Lakers forward was on and off due to multiple injuries and spent most of the last season on the bench while watching his team fail to make it into the play-in tournament.

Still, he could be the second best option next to LeBron James to lead the Lakers, as a fully fit AD can do exceptional things with his abilities. Also, in terms of age, a 29-year old AD can offer at least 5–10 years of top-flight basketball.

During an interview, Davis told Yahoo! Sports, “I’m looking forward to a healthy year and doing what I know we can do.”  Well, he is indeed up for the challenge. “I’m so excited that I’ve got goosebumps just thinking about this year.”

How Can Davies Lead the Lakers’ to Future Glory With His Fitness Concerns?

Davis missed half the Lakers’ games in the last two seasons, which made them suffer in both seasons, and many are not entirely sure about his rehabilitation process during the off-season as many believe the forward isn’t working hard enough to stay healthy.

Although, as Davies recently stated in his interview with Yahoo! sports, “I went into this summer focusing on strengthening my body,” sports.

Davies is determined to prove his critics wrong. “I have to be on the court and at my best to put us in position to be our best…I’m excited for this challenge and what’s ahead. “

There is absolutely no doubt about the ability of Davis. He averaged 26.1 points per game during the season and led the Lakers to their 17th championship title in 2020. He also averaged 23.2 and 23.8 PPG in his last two injury-plagued seasons.

Now is AD’s moment to show everyone why the Lakers gave up their entire youthful core to get him and LeBron. If AD really can avoid injury and lead them in most of their games, this club has a great chance to show last season’s results as an accident.

There are fascinating days ahead for the Lakers’ fans as they wait to see how AD proves the doubters wrong and how he can be the perfect successor to King James.