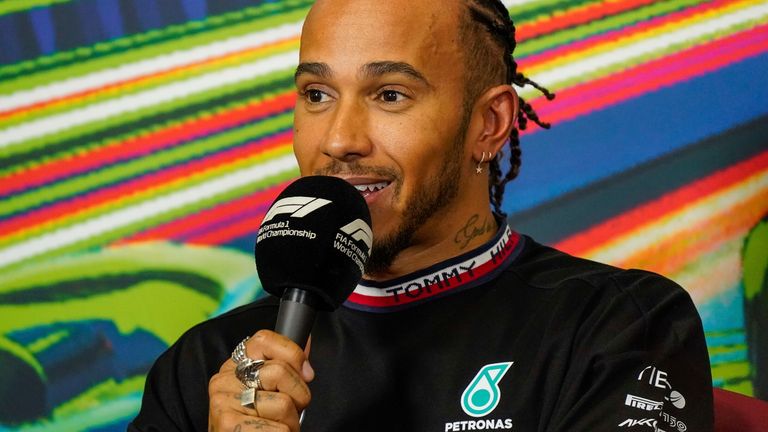 Mercedes and the Malaysian Energy Company Petronas have been partners for well over a decade. Since 2010, the time since the Silver Arrows became partners with the Malaysian company, Mercedes has won eight Constructors’ Championships and Lewis Hamilton has won seven Driver’s Championships.

Despite being each other’s partners for so long, Petronas might want to revisit their memory lane once more as they forgot the number of times Lewis Hamilton won the driver’s championship.

When Lewis Hamilton, George Russell, and Mercedes Team Principal Toto Wolff visited Petronas’ headquarters in Kuala Lumpur, Malaysia, the energy company’s media officer made a comical blunder by posting a video on the company’s Instagram page with a caption welcoming Lewis Hamilton as an eight-time champion.

However, the Malaysian company quickly corrected their statement and reshared the video with the caption, “Whoops! Got a bit mixed up because of all the excitement. Thanks for the DMs guys!”, editing 7 times in a larger font.

This incident happened during the trio’s visit to Petronas Tower, where they unveiled their partnership extension news. It was revealed that the Petronas-Mercedes partnership will be extended beyond 2026 and that they will introduce new engine regulations. These new rules would include a full commitment to sustainable fuel with increased electric power.

This year has not been particularly favorable for Team Wolff. However, with both Petronas and Mercedes’ drive for innovation, next year might get a bit interesting for the Silver Arrows and also for seven-times champion Lewis Hamilton.