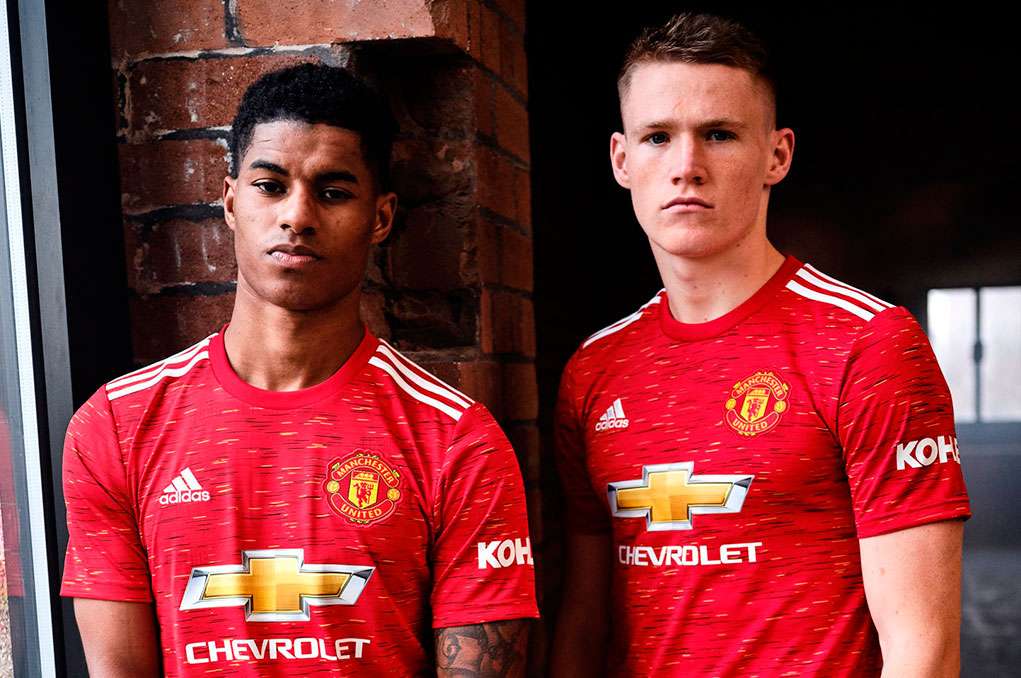 The Red Devils manage it to the headlines every day. Be it them grabbing a spot in the top 4 to qualify for the UEFA Championship or be it the news of the Jadon Sancho deal coming to a final resolution. This time, Manchester United in association with Adidas, announces the release of their new home kit.

The Design director at Adidas, Inigo Turner states that they aim to capture the iconography and emotion that connects a fan to the club. He aims to then fuse the two with the innovation that Adidas promises and create a kit that unites the players with the fans.

The Jersey sports the iconic red base with a threaded pattern all over from the threading of the crest as that carries the emotion of the fans worldwide. The kit is complemented with white shorts and a pair of black socks that adds to the feel that Ole Gunnar Solskjaer wants to emit through his team.

This unique design of graphic printing was achieved by a new technology named ‘space-dye’ and therefore it was possible to dye each yarn with a different color. Adidas never fails to surprise its customers and the fans and is back with this mind-blowing design.

Regarding the importance of the crest, Turner explained, “We pretty quickly landed on the crest as it is the representation of the heart and passion of the club, and it is symbolic and iconic across the world. It is significant as the first component added to each design, and one that makes up the threads of the shirt design for the 2020/21 season.”

The boys in red are to sport their new home kit this Wednesday as they battle it out with LASK in the last 16-second leg tie of the Champions League.

The freshly designed jersey not only is available in the traditional supporter fit size but also has separately been crafted for women and children. The photoshoot that was conducted by Adidas to launch the jersey had Marcus Rashford, Aron Wan-Bissaka and Daniel James teaming up with Manchester United Women Jessica Sigsworth and Katie Zelem donning the kit with pride.