Russian female tennis legend Maria Sharapova, 35, is a retired athlete who dominated the tennis world with her consistent skill, perseverance, and dedication, which brought her a number of Grand Slams and prestigious individual awards over the years.

Despite earning a lot of fame, Sharapova was a decent human being who had a great friendship with superstar Novak Djokovic, with whom she was once involved in a funny incident.

Although Maria Sharapova and Novak Djokovic represent two different countries, they have been allies for decades, and this bonding has made them friends for life.

After retirement, the Russian tennis legend still maintains friendly communication with the Serbian superstar and, together, they have appeared on different television advertisements as well. 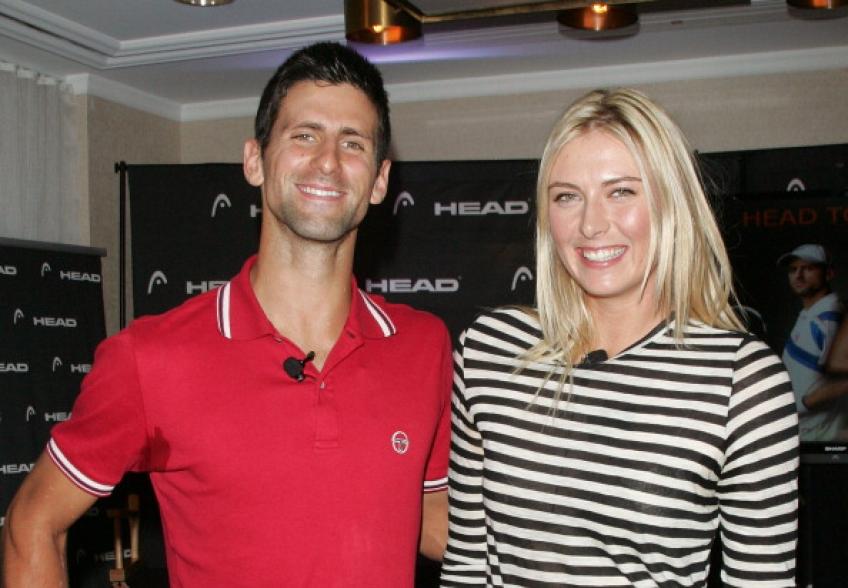 While discussing a variety of topics, Novak recalled an amusing event that occurred while they were filming a commercial for the tennis racquet manufacturer Head and Maria was engaging in a variety of unusual activities.

One of them was supposed to use a tennis ball and racquet to knock the bottle against the other person’s head, but Sharapova accidentally struck Novak’s balls while doing the same. 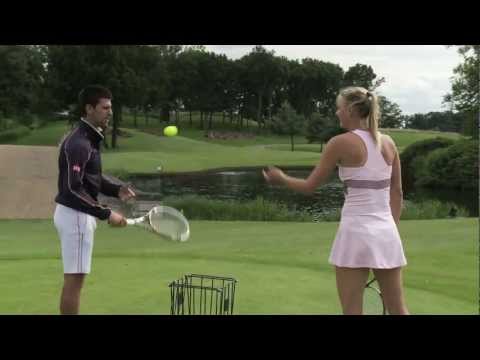 When Maria brought up the amusing episode in discussion, she jokingly said that it ended up being fortuitous for Novak because the Serb went on to win several Grand Slam tournaments after that, and she advised, ironically, to repeat the action in the future.

Following the incident, Sharapova said to Djokovic, “The last time we did it, I hit you in the balls. You won a few grand slams since then, so maybe we should do a repeat.”

After hearing Maria’s suggestion, Novak Djokovic hilariously replied, “Well, so after that day I got the new balls, so everything worked out well in the end.”