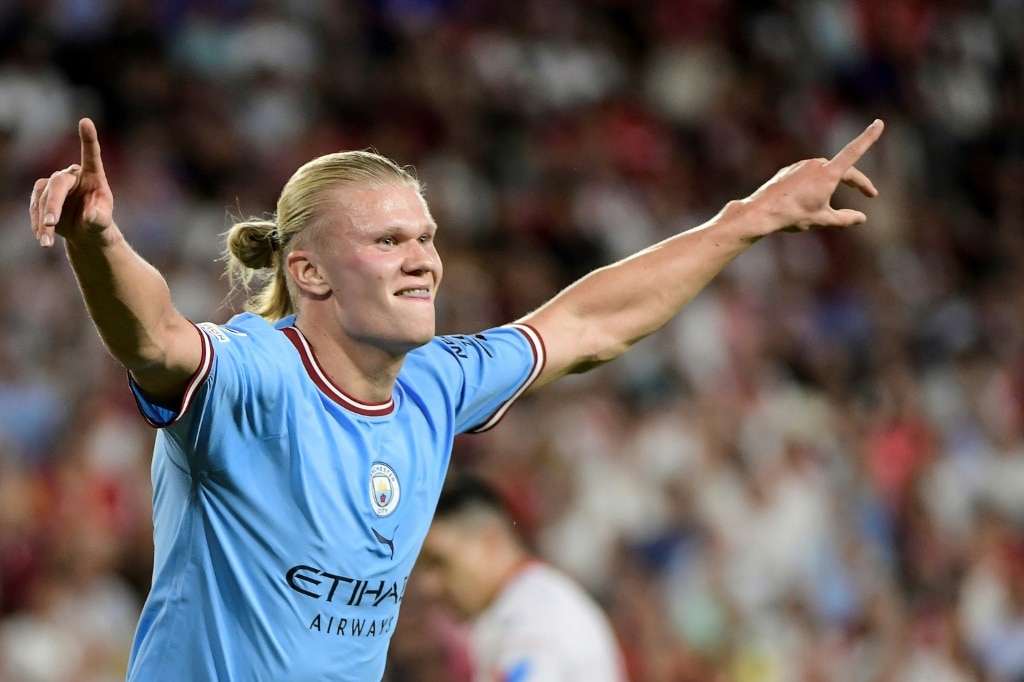 Manchester City started their UCL campaign with a convincing away victory against Sevilla FC after a brace from their new striker, Erling Haaland, 22, who also scored a hattrick against the same outfit last season at Signal Iduna Park.

The prolific Norwegian scored the third goal for the visitors at the Ramon Sanchez Pizjuan Stadium to keep up his impressive start at City and his own exceptional record in the competition.

How did Erling Haaland and others humiliate Sevilla at their own stadium?

In the opening Group G match on Tuesday, Manchester City easily defeated their undermanned Spanish opponents with goals from Phil Foden and Ruben Dias and the English Club is hoping to finally win the elusive European championship after years of close calls.

With a decisive 4-0 victory at Sevilla, Erling Haaland added two more goals to help Manchester City get off to a great start in their most recent Champions League campaign.

Haaland once more grabbed the spotlight with a double that increased his City total to 12 in just 8 appearances and his career Champions League tally to 25 in 20 appearances.

After he scored four goals against them in a two-legged match for Borussia Dortmund in 2021, Norwegian striker caused Sevilla a major setback and he seems to be appeared as a nightmare as if any substantial effort to stop him would be futile. 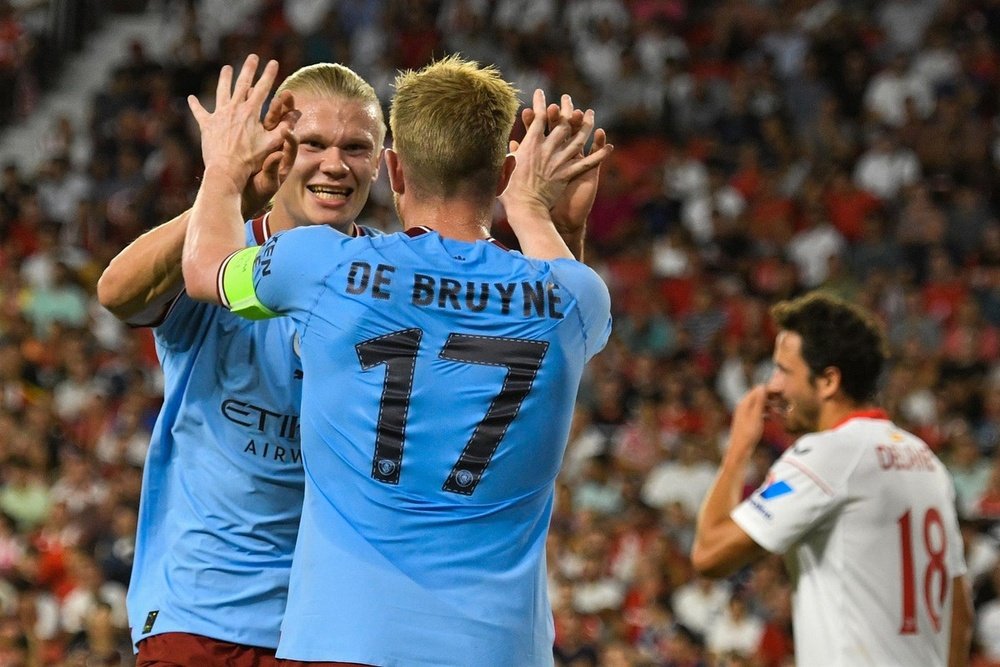 Due to the injuries to John Stones, Kyle Walker, and Aymeric Laporte, manager Pep Guardiola selected Manuel Akanji for his debut and gave Sergio Gomez his first start.

They weren’t put to much stress when Sevilla manager Julen Lopetegui fielded a conservative lineup under pressure following a poor start to the La Liga season. Jesus Navas, a former City winger, did make a risky run early on, but the hosts quickly settled in for a damage-control exercise.

Haaland flicked a header beyond, Joao Cancelo had a shot blocked, and Jack Grealish fired into the side-netting as City threatened and additionally, Kevin De Bruyne twice missed the mark but quickly recovered to set up Haaland.

As a result, Manchester City leads their group with three points and is looking forward to clinching the ‘Group Leader Spot’ in their remaining matches.