Michael Jordan Vs. LeBron James: Has LeBron surpassed MJ on being the GOAT? 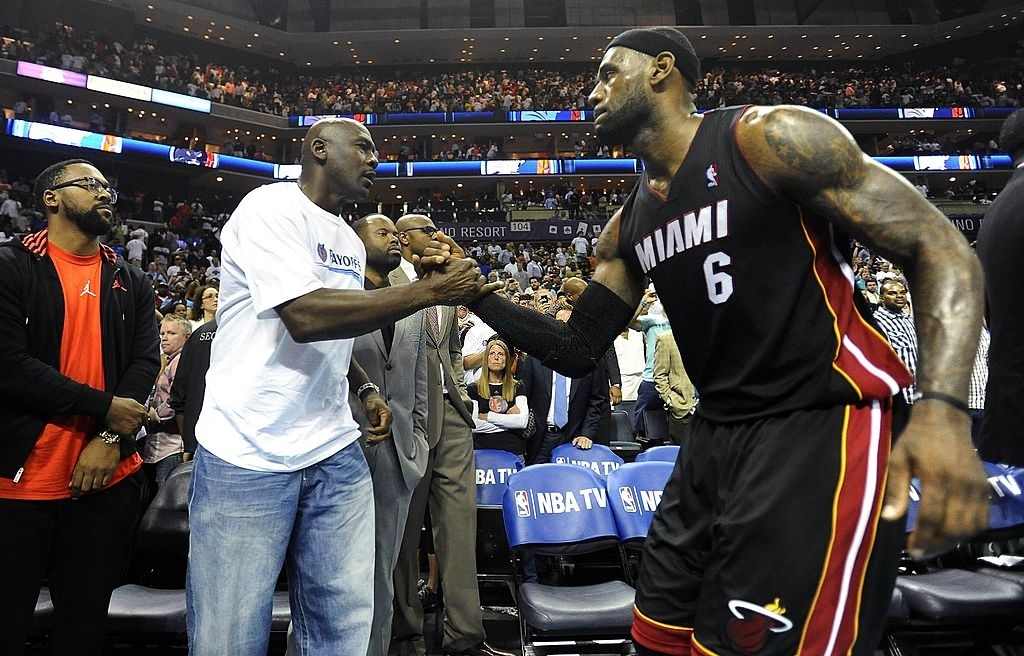 Now that LeBron James has acquired his 4th ring and 4 Finals MVPs, and the 17th championship for the Los Angeles Lakers, it’s time to spice up the NBA world with the GOAT debate yet again. Michael Jordan Vs. LeBron James is a never-ending debate. In the Previous GOAT debates, we used to talk about Kobe, Kareem Abdul-Jabbar, Bill Russell, Larry Bird, and LeBron James, who was the closest to surpass MJ. But the King has claimed his way on top of the GOAT debate by winning his fourth championship with three different franchises. Now the only legit debate of ” Greatest Of All Time” is between LeBron and MJ.

Surely LeBron has intensified the GOAT debate by winning his fourth NBA ring and securing his fourth NBA  Finals MVP award. According to the former NBA vet and a current ESPN NBA analyst, Kendrick Perkins, the King and MJ sit at the same dinner table.

Michael Jordan Vs. LeBron James: Who the NBA Legends think is the GOAT

If LeBron wins ring No. 5, @MagicJohnson would consider him equal to Michael Jordan in ? status. pic.twitter.com/R6v6eGFv8p

According to the Lakers Legend Magic Johnson, LeBron James just proved why he is the world’s greatest basketball player right now.  That is why he is the reigning Finals MVP. According to Magic Johnson, the king is already on his way, and if he gets a repeat, then Michael and James will be toe to toe. Magic puts more emphasis on the repeat during his interview in the ESPN first take. He said that the keyword is ”repeat” and put LeBron in a good position in the GOAT argument. 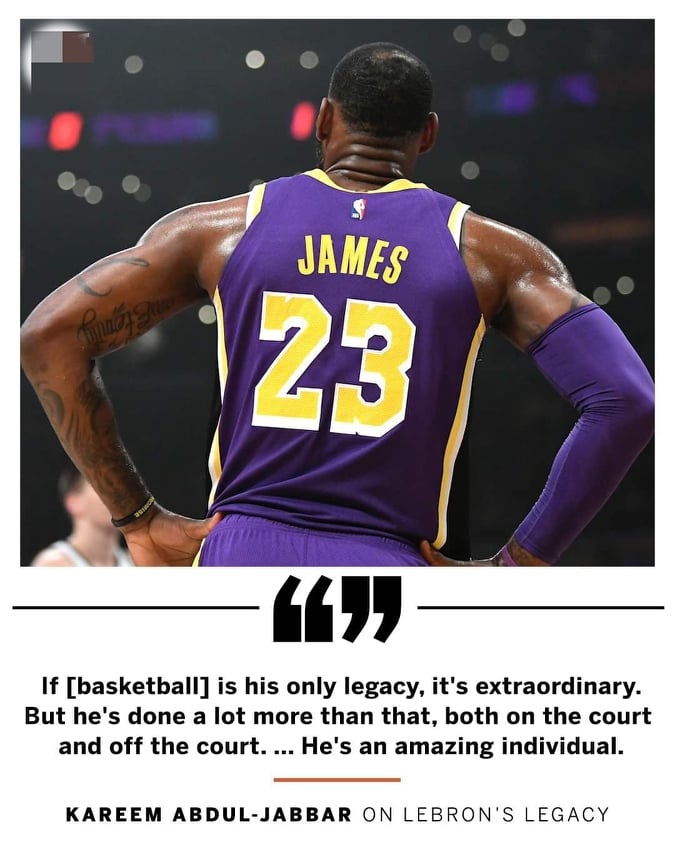 When we talk about Michael Jordan Vs. LeBron James GOAT topic. You can’t ignore Kareem. He is the best college basketball player in the history of NBA basketball players. He is a six-time NBA champion, two-time Finals MVP and six-time regular season MVP, 19 time NBA All-Star.

According to Kareem Abdul-Jabbar, we have to take different eras of basketball into consideration when having the :goat: debate. pic.twitter.com/T8DltJsrkI

According to Jabbar, LeBron did an impressive job of bringing a championship to three different cities. Jabbar said that he is imposing how LeBron is doing his job both on and off the court. Besides, he is doing an incredible job socially and politically. Los Angeles is blessed to have him embrace the loving city.

Kareem also said, ”We have to consider different eras of basketball. It’s different tactics and emotions that allow you to dominate the game, and I think you have to take all these into account when determining this (GOAT).” 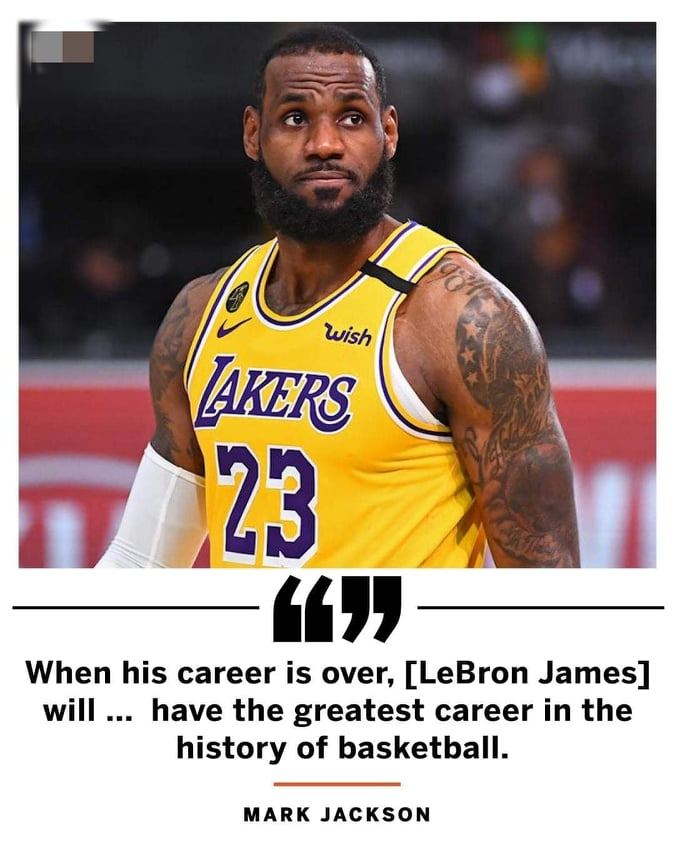 When ESPN Journalist Stephen A Smith asked the NBA Hall of Famer Mark Jackson about Michael Jordan Vs. LeBron James Goat comparison and how the king should be viewed? Mark responded, ”I don’t think it’s any different. The guy (LeBron) will go down as an all-time great player in the discussion as for anybody who has put on a uniform. And when you talk about Michael Jordan, obviously, I witnessed it firsthand how great he was. From all the guys in the GOAT discussion, LeBron James fits on top of that  discussion.”

When we look at Michael Jordan vs. Lebron James stats, championship achievement, awards, and comparing these two Legends, you will see that Michael won all of his rings within six games. It never went past six; however, LeBron made ten finals appearances, and he lost six times. He still won it for  3 different franchises that no other player in the goat discussion had accomplished. 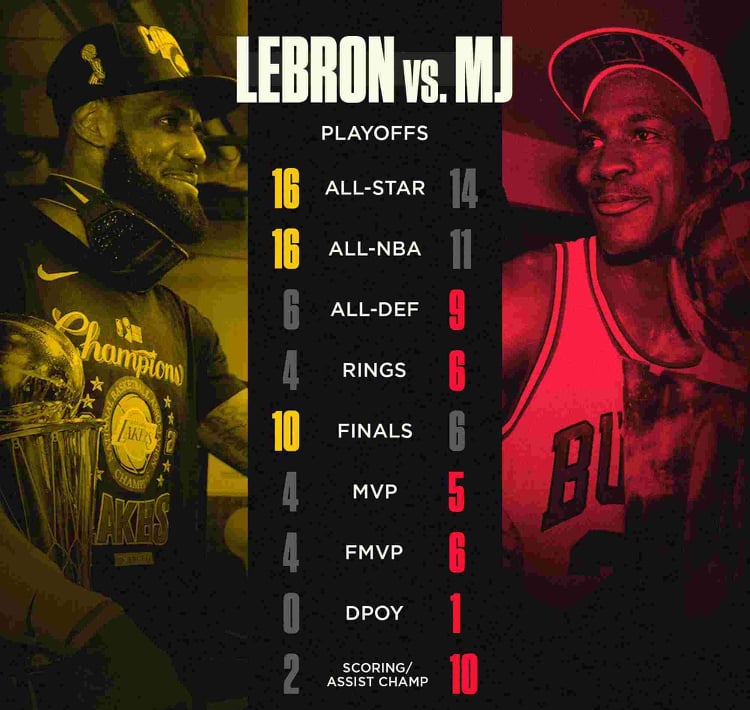 The picture shows Michael Jordan vs Lebron James’ career stats. However, MJ’s resume speaks for itself. It’s untouchable to some degree. He’s got the edge when it comes to rings & MVPs. As you can see, Michael has never lost in the NBA finals, and he has also won the Defensive Player of the Year once. Unfortunately, LeBron doesn’t play defense much, and he didn’t get to taste the feeling of being the DPOY that MJ had. 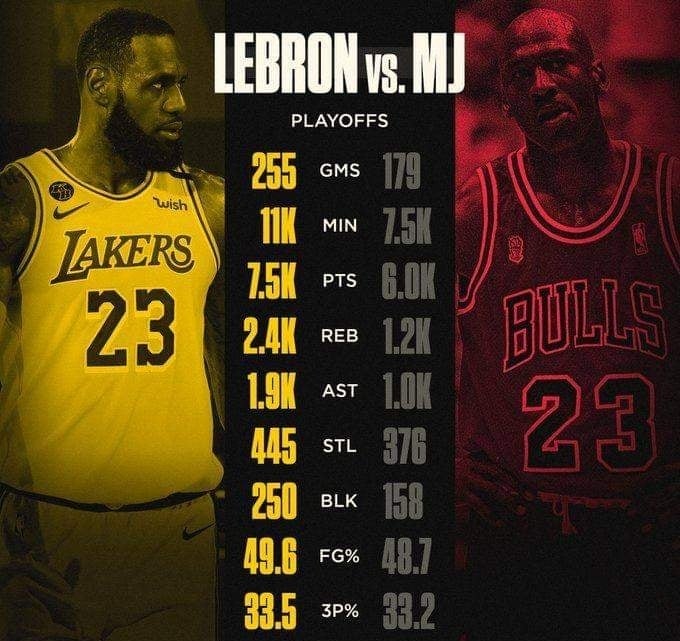 LeBron James is certainly more dominant statistically when it comes to the playoffs. He leads in all aspects ahead of MJ in the postseason. LeBron never lost to an Eastern Conference Team in the playoffs in the last ten years. Jordan has a 66.5% playoff winning rate, and James has 66.2%. Can you believe how close it is? But LeBron has played more playoff matches than any other player in NBA history. Surely that gives him the upper hand. 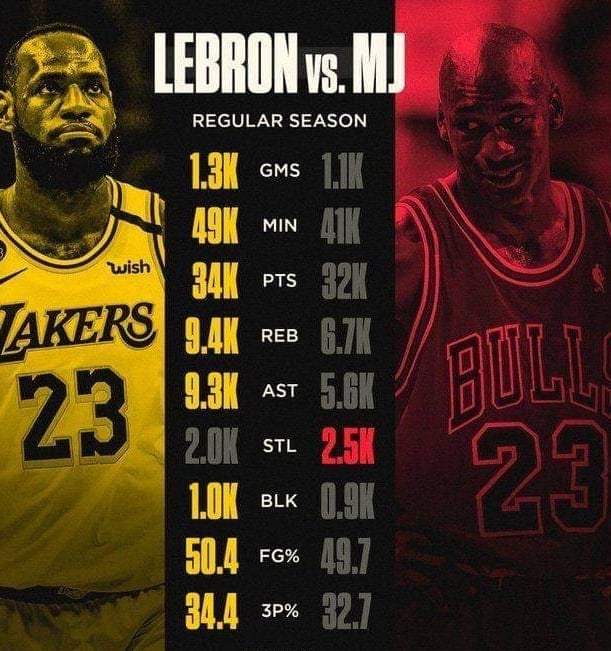 LeBron has completed his 17th season, and Michael had played for 15 seasons. Surely having two seasons extra would add to the stats for the King. But still, within fifteen seasons, MJ has won 5 MVPs, whereas LeBron has four. Otherwise, as you see in the picture above, LeBron is more dominating in all the sectors.

When we talk about the career peek, it’s easy to determine Jordan’s peak when he won six times from 91-98. It’s difficult to say for LeBron because LeBron won a ring at 35 years of age and became the Finals MVP. LeBron and his Lakers are still favored to win the championship next season. If LeBron gets a repeat, then as magic said, he would be there. But LeBron is still going strong, and his career peak is still on the rise and far from being over.

The Era of basketball

Surely the basketball era should be taken into account Michael’s basketball era was much harder and physical. The calls that were given by the refs were much harder than what we see now. I’m not saying the current players of the NBA or LeBron are softer as a player, but the rules and the calls that are being called out are much elegant than MJ’s era. So we can not ignore the fact of the era in determining the GOAT. If you think about Michael Jordan vs. Lebron James 1 on 1 in this era, I am sure the king will have the upper hand.

Since we are discussing whether LeBron had passed Michael Jordan or not, you surely have to consider their dominance in the game. The killer instinct is something that makes a player man among boys. MJ, Kobe Bryant, Tim Duncan possessed the killer instincts that blew the air from the opponent players’ lunge guarding them. That is why Jordan has the killer instinct and dominance in his game. No wonder he became the MVP in the finals every time he led his team to secure the championship trophy. Michael Jordan vs. Lebron James’ height is also a fact because the taller you are, the easier it is for you to score. Lebron has a height advantage over Jordan.

If we keep talking about the GOAT in NBA, this topic will never end, and it’s a barbershop discussion people of all ages will debate on who they think is the goat. Those who lived to see Michael Jordan play the country’s senior citizens will never admit that LeBron is the goat. Similarly, the current generation will also consider King James to be the GOAT of the NBA. This debate is timeless, and it will go on forever. But one thing that we are proud of is that we are blessed to see both of these Legends still walking on this earth healthy and well.