Ranking the Top 10 Most Popular Sports in America 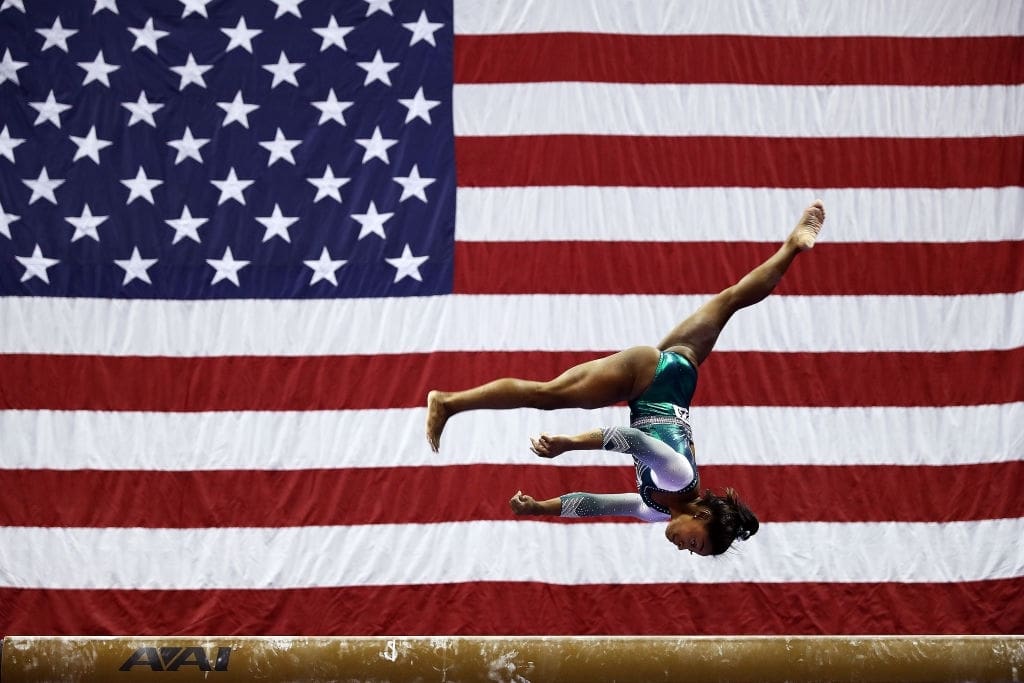 Sports is a very essential part of the American culture and being a successful sports personality is a platform that earns a lot of respect alongside a massive amount of money. Taking into account the Olympics and other world championships, the USA has produced several athletes who have dominated the world in their respective fields.

The sports market in the US is worth a lucrative $69 billion making it the richest sports market in the world. Amongst all the sports that people are interested in in the country, the top three are undoubtedly American Football (NFL), Baseball (MLB), and Basketball (NBA). Let us dive a bit into the top ten most popular sports in America based on their respective viewership. 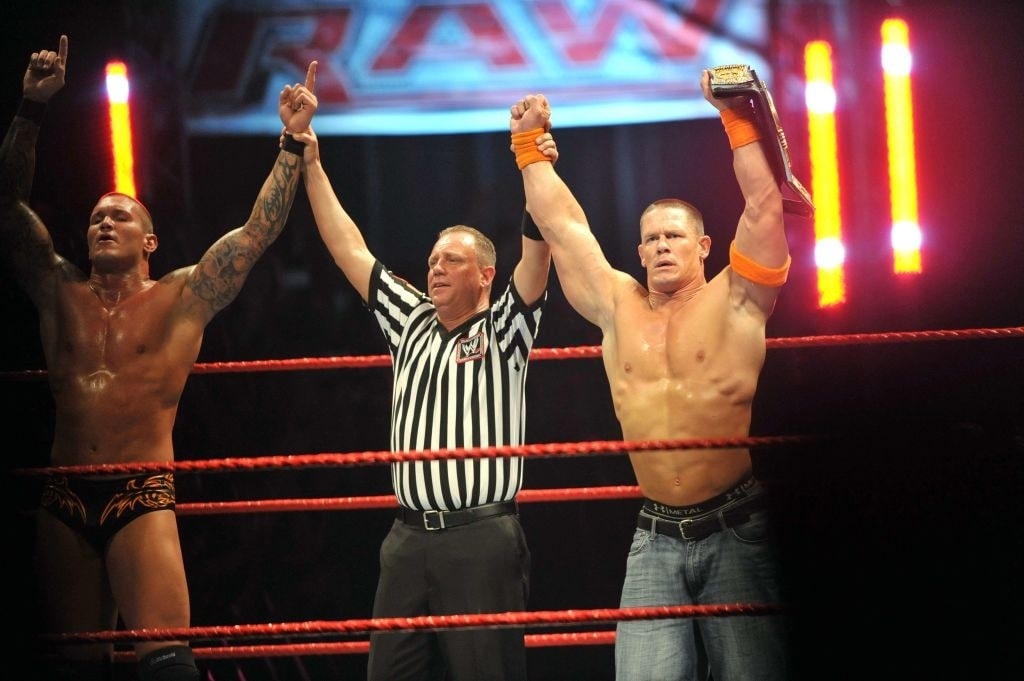 The World Wrestling Entertainment is the pinnacle of modern-day wrestling paired with the trash-talking, crazy build-ups for a fight between the biggest superstars and everything in between, that attracts millions of viewers from around the world while American people make up the majority of the viewerships.

Apart from RAW and SmackDown ticket sellouts, the hype gets even crazier when big-name superstars like John Cena and Randy Orton compete against each other in main events.

Events like this year’s WrestleMania 37, broke all records with a worldwide viewership of 1.1 billion. Other events like the SummerSlam, Money in the Bank, and Survivor Series also attract a huge amount of people, cementing its place in the top 10. 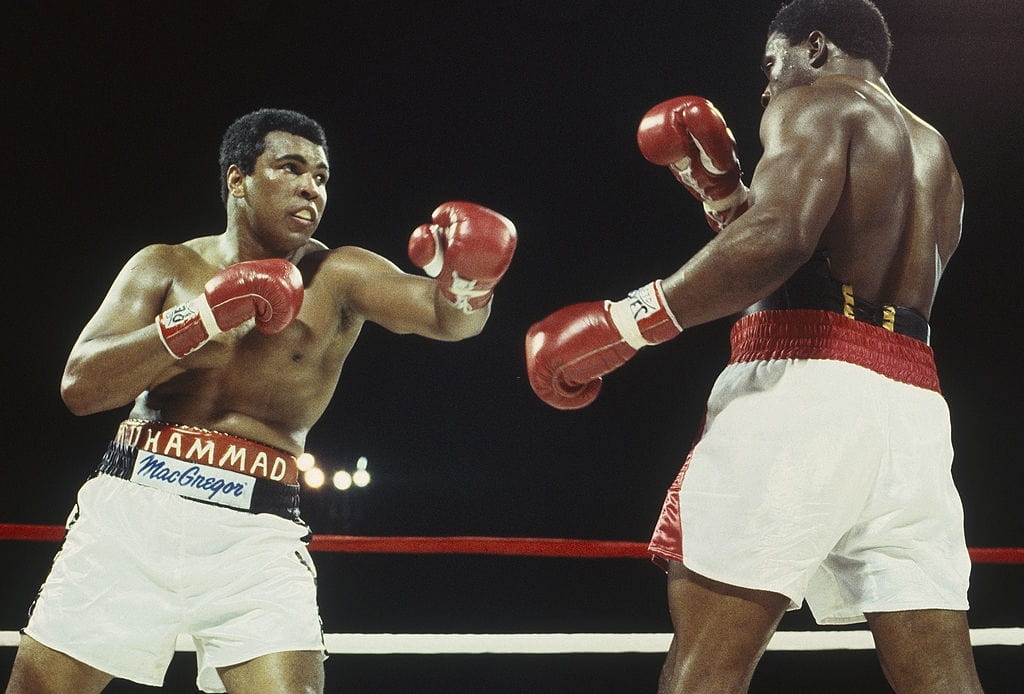 Boxing is nothing short of a gentleman’s sport. Two fighters doing their best to get a knockout win in the ring while the audience cheers their heart out and connects with the competitors on an emotional plain is a beautiful sight to behold.

Starting from legends like Muhammad Ali, Mike Tyson, and Floyd Mayweather, various YouTube stars like Logan Paul, Jake Paul, and KSI are also venturing into this sport, bringing in a lot of viewers.

Boxing has a long and storied relationship with a number of places in the world, but the current heartland is squarely in the U.S, with Las Vegas holding many of the highest profile fights. This no doubt plays a huge role in the impact of boxing on American culture, as well as the association of the sport with betting and casinos.

The culture of boxing is one of underdogs, glitz, and glamour, and the culture of the Strip is similar. It’s the very same culture that modern online casinos like SkyCity Casino emulate with their live casino selections – which serve to capture the high-stakes games that the very best boxing matches so well encapsulate. 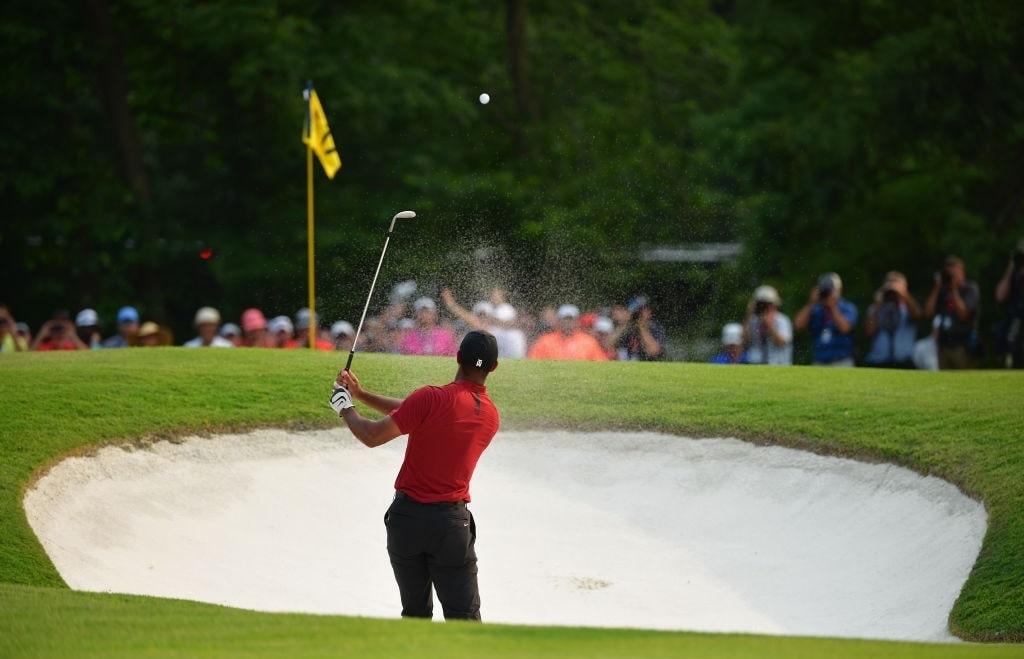 Be it the greatest basketball player of all time or the greatest F1 driver the world has ever seen, Golf is a sport every single one of these personalities plays to have a sense of relaxation.

While it may not look the part, golf attracts a third of all American citizens to its fan base resulting in almost 100 million fans from the US alone. In addition, the Final Round of the 2021 US Open, gained a massive viewership of 5.7 million, more than 50% of which hailed from the US.

With Tiger Woods at the top of the golfing kingdom, the world of golf easily takes a spot on this top 10 list. Further, when other aforementioned professional athletes venture into golf, they bring in a lot of viewers with them. 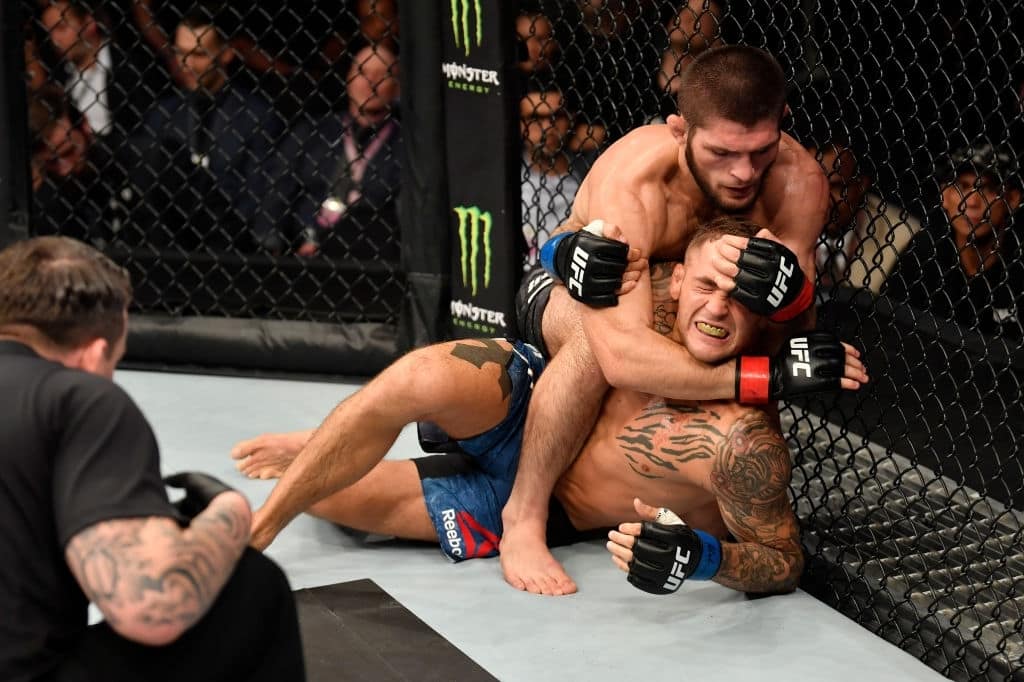 When it comes to exciting the fans, there aren’t many things that can keep up with a cold-blooded knockout or a breath-taking rear-naked choke. Mixed Martial Arts, in particular the UFC, is a mix between a tremendous level of skill and no-holds-barred trash-talking, which attracts a large amount of combat sports fans from all around the world.

The UFC chairman Dana White is also an incredibly intelligent businessman, who knows how to build up major fights like Conor McGregor vs Dustin Poirier, bringing in new views every minute and earning more by the second. Most fans of this sport are from the US and thus this takes the seventh spot.

With a very varied and diverse age group making up the viewership of this sport, the UFC is always a hot topic. Every major UFC event attracts millions of pay per views. A record of 2.4 million pay-per-view buys, amongst which two-thirds were American fans for the McGregor vs Nurmagomedov at UFC 229 proves the love for this sport in America. 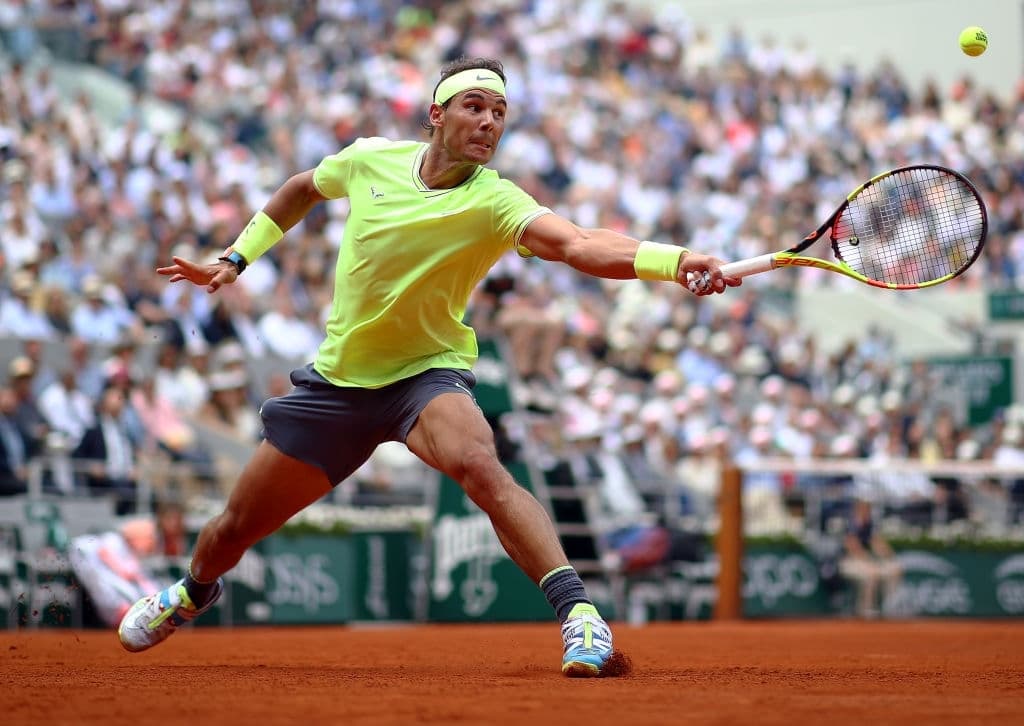 Tennis is easily one of the most widely watched sports on television with a major portion of its viewers hailing from the US. American sports fans are majorly interested in the world of tennis. Starting from American professional tennis players like Serena Williams and John Robert Isner to the best players to ever play the game like Naomi Osaka, Roger Federer, and Novak Djokovic, this sport is followed by a lot of people.

The main attraction of American tennis fans comes from the Wimbledon Cup, Grand Slams, and the Olympic Games. Tennis has the largest fanbase from America in the entire world with fans taking up 16.59% of all global tennis searches in 2021. 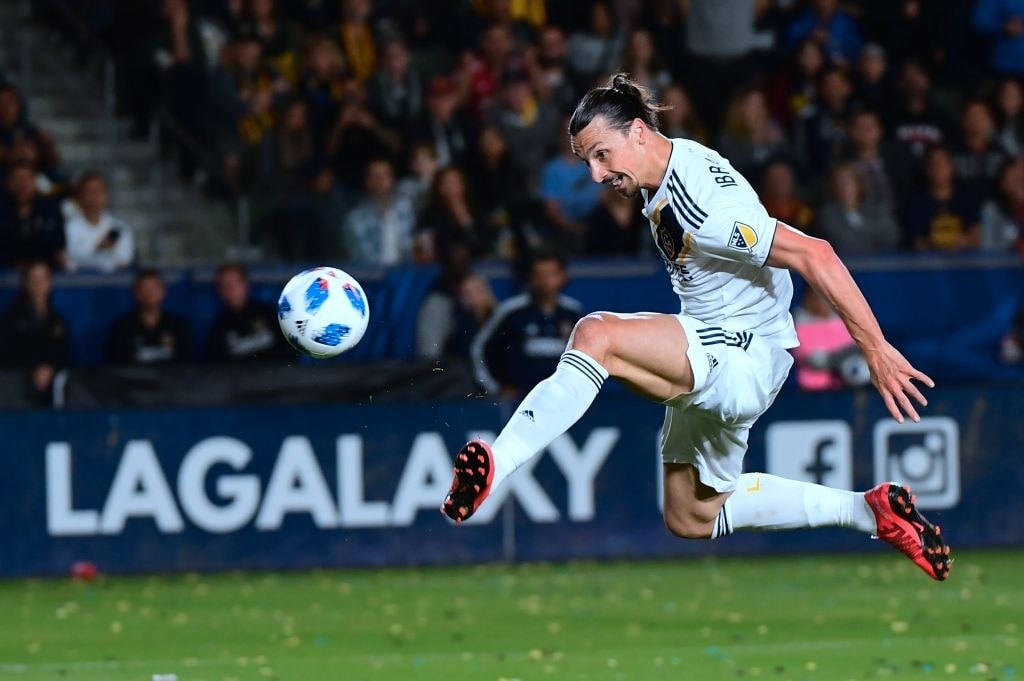 While a lot of people are under the impression that soccer is not a popular sport in the United States, that in reality is not actually the case. In fact, soccer is so popular that it takes the fifth spot amongst the top ten most popular sports in the region.

With each passing day, soccer is gaining more and more viewership and popularity due to the American MLS. Currently, over 110 million soccer fans hail from the United States. Further, after the induction of football legends, David Beckham and Wayne Rooney, fans started pouring in even more. The world of soccer continues to grow by the day and may even take a higher spot in the list in the future. 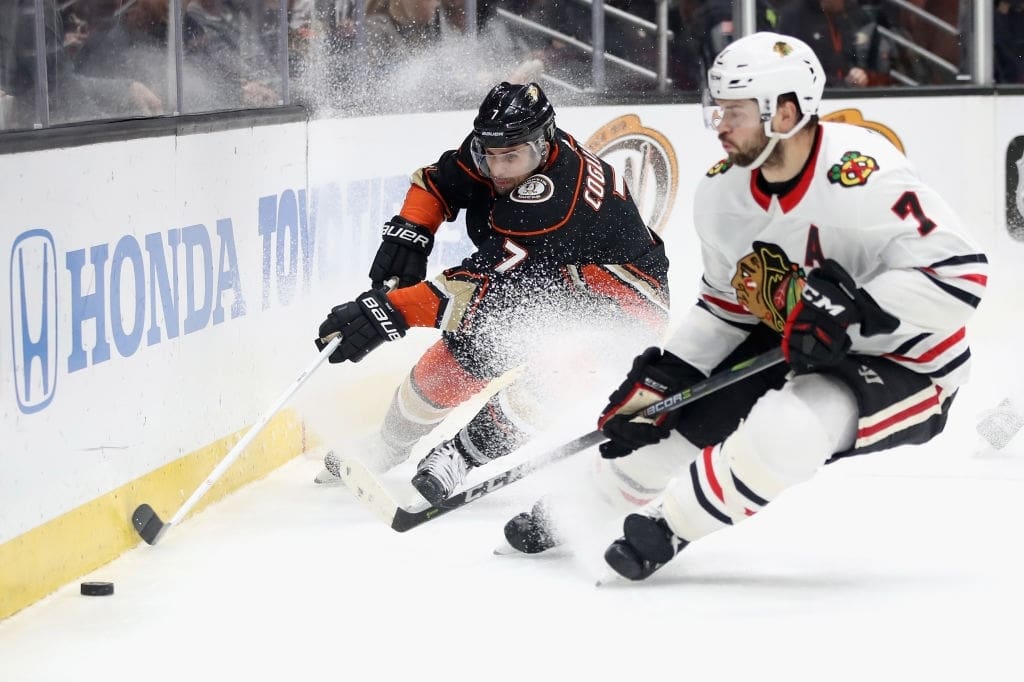 Ice hockey is one of the most renowned sports in the entire world with the National Hockey league of America being the pinnacle of the game. The NHL is considered to be the premier professional ice hockey league in the world with over 50% of all Americans within the age group of 18-29 being die hard fans of the game.

The NHL is one of the most anticipated leagues in the entire world and for obvious reasons, is the third most popular sport in the entire United States. 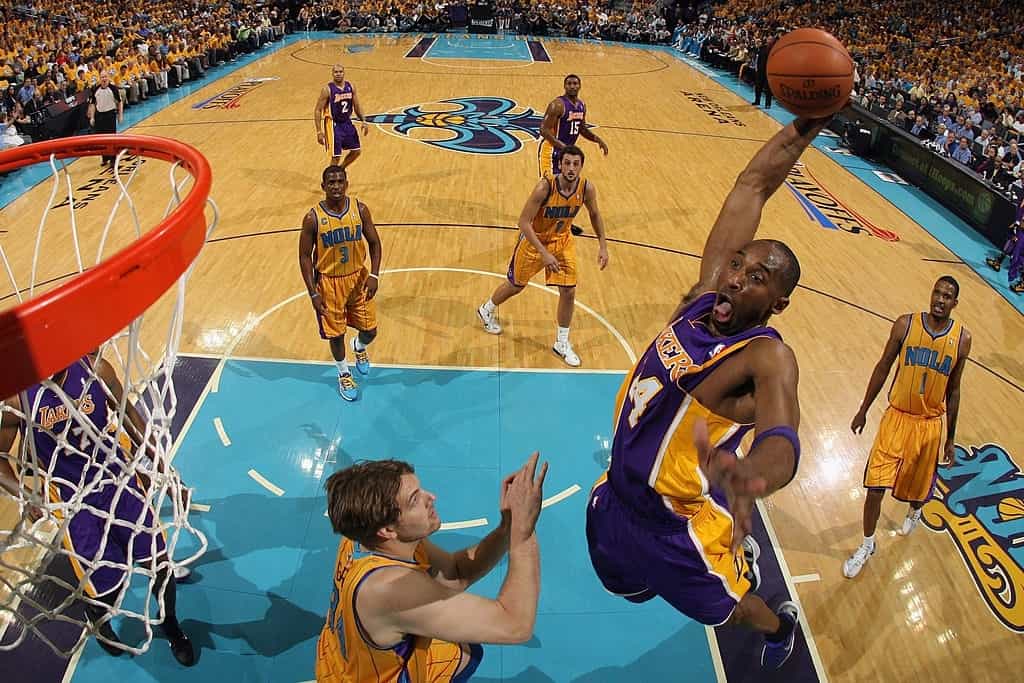 Entering the top three on this list, basketball is a household name in America when it comes to sports. Everyone growing up in the US has played basketball once in their life, whether it be in high school, on a playground with friends, or even in their own background with their parents.

The NBA is undoubtedly one of the most popular sports leagues in the entire world and continues to gain more and more popularity with every passing minute. The 2020-21 NBA season witnessed an average viewership of 1.34 million per game. With over 55% of all American men and over 36% of all women being avid or casual fans, basketball is heavily loved in the US.

The NBA finals are one of the most anticipated events in the country and bring in a lot of viewership as well. With legendary players like Kobe Bryant, and Shaquille O Neal inspiring more and more people to take up the sports, young players like Giannis Antetokounmpo and Devin Booker keep on making the game more intriguing. 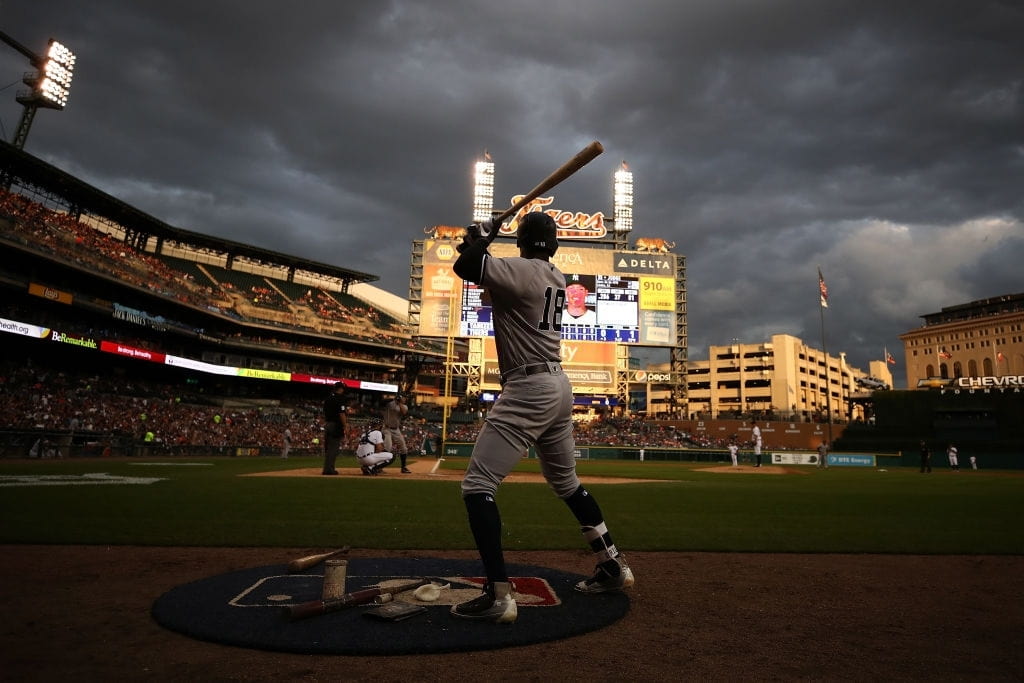 While basketball and baseball are very close in terms of viewership and popularity, the latter has the former beat by a few inches. Baseball is often regarded by many as America’s national pastime as it reflects various aspects of what it means to be an American from culture to economics. For over 150 years, the sport has been a major part of the American culture.

With its growth and viewership rising all over the world, MLB is followed by a major portion of American citizens. With a massive 8.3 million US viewership for 2020 all-star games, baseball takes the second spot on this list.

The sport is also well recognized for legendary players like Ted Williams and Babe Ruth blessing the field. 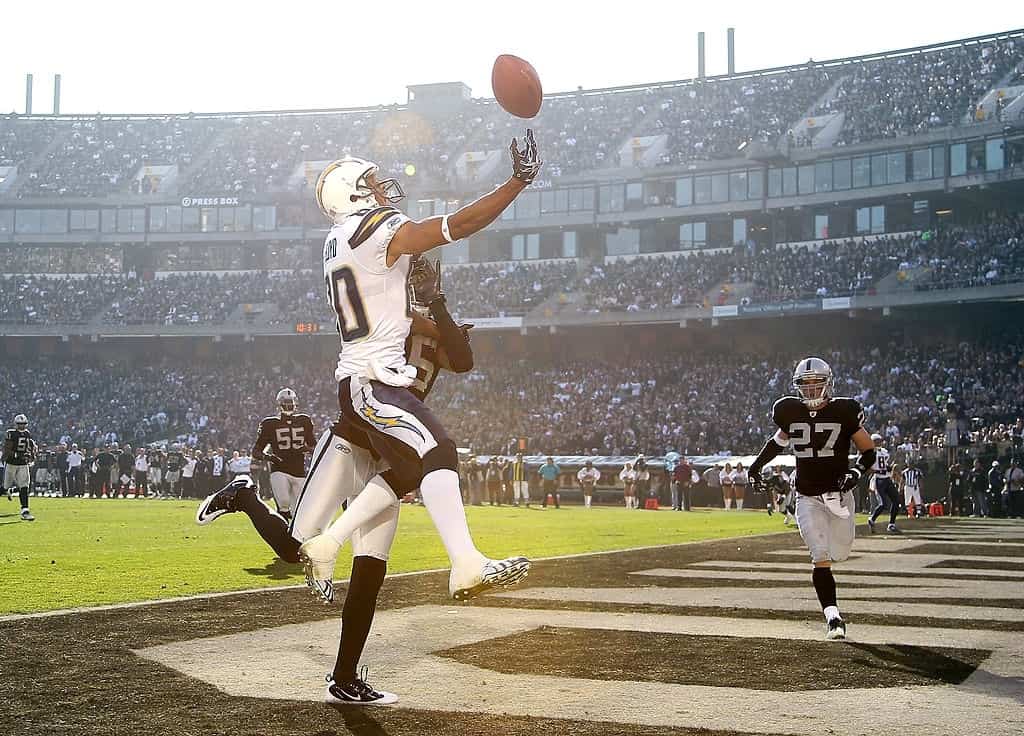 While the NBA (basketball) and MLB (baseball) fight for second place in what seems to be a never-ending battle, the sweet spot at the top is taken by the NFL (American Football). American football became so popular as it resonated with the American values of competitiveness and formed an emotional connection with the fans. Additionally, with the average fan’s age group of 18-29 years old, the buzz about NFL never dies.

Since the inception of the league, the NFL has grown tremendously in terms of its viewership. With an average of 14.9 million viewerships in the 2020 NFL season, surveys show that 73% of all American men and 55% of all women enjoy a football game on a regular basis. According to a report conducted by ESPN, almost half of all American citizens are NFL fans which amounts to an estimated 160 million US fans.

The annual Super Bowl is the most anticipated event in the United States with a viewership of 96.4 million for the last year’s Super Bowl 55. Finally, with players like Tom Brady and Odell Beckham Jr making the game more competitive and interesting to watch, the league keeps on adding to its fan base.